Accessibility links
The Politics Of Passing 1964's Civil Rights Act The act, among other things, ended the era of legal segregation in public accommodations, like restaurants and hotels. This year marks the 50th anniversary of its passage. Author Todd Purdum joins Fresh Air to talk about the legislative and political battles that surrounded it. 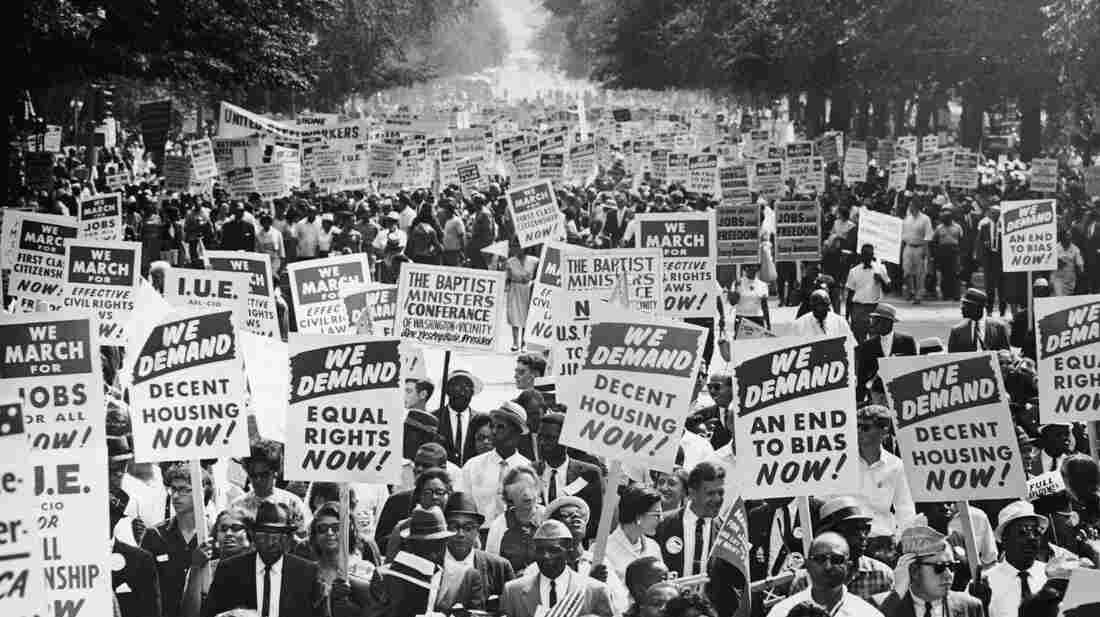 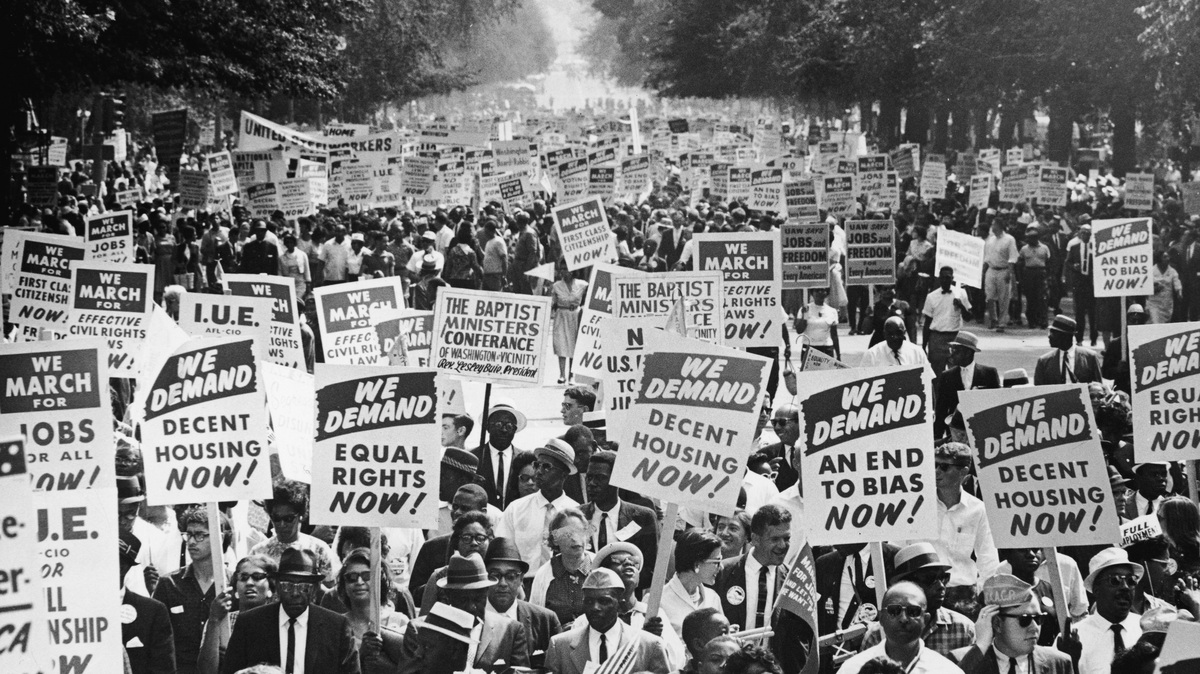 Demonstrators march down Constitution Avenue during the March on Washington on Aug. 28, 1963.

Martin Luther King may not have had a vote in Congress, but he and the movement he helped lead were integral to getting the civil rights bill introduced. This year marks the 50th anniversary of the passage of that bill, now known as the Civil Rights Act.

Among other things, the act outlawed discrimination in public accommodations — including restaurants, hotels and motels — ending the era of legal segregation in those places.

Todd Purdum is the author of the forthcoming book An Idea Whose Time Has Come: Two Presidents, Two Parties and the Battle for the Civil Rights Act of 1964.

Rep. Gutierrez: I Am A Product Of The Civil Rights Movement

Purdum is a contributing editor at Vanity Fair and a senior writer at Politico. He join's Fresh Air's Terry Gross to talk about the legislative and political battle to get the civil rights bill passed. Click the audio link above (available after 5 p.m. EST) to listen to the interview.