Accessibility links
Police, Banks Help Undocumented Workers Shake 'Walking ATM' Label Attacks on undocumented day workers have frustrated police agencies for years. Workers carry wads of cash and rarely report the crimes. In a controversial move, some banks have been stepping in to help some of the workers open bank accounts to make them less of a target. 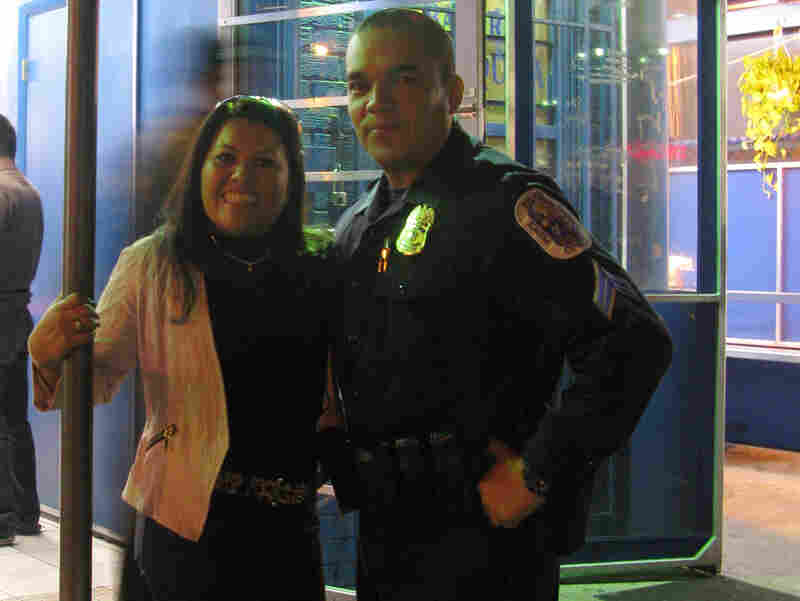 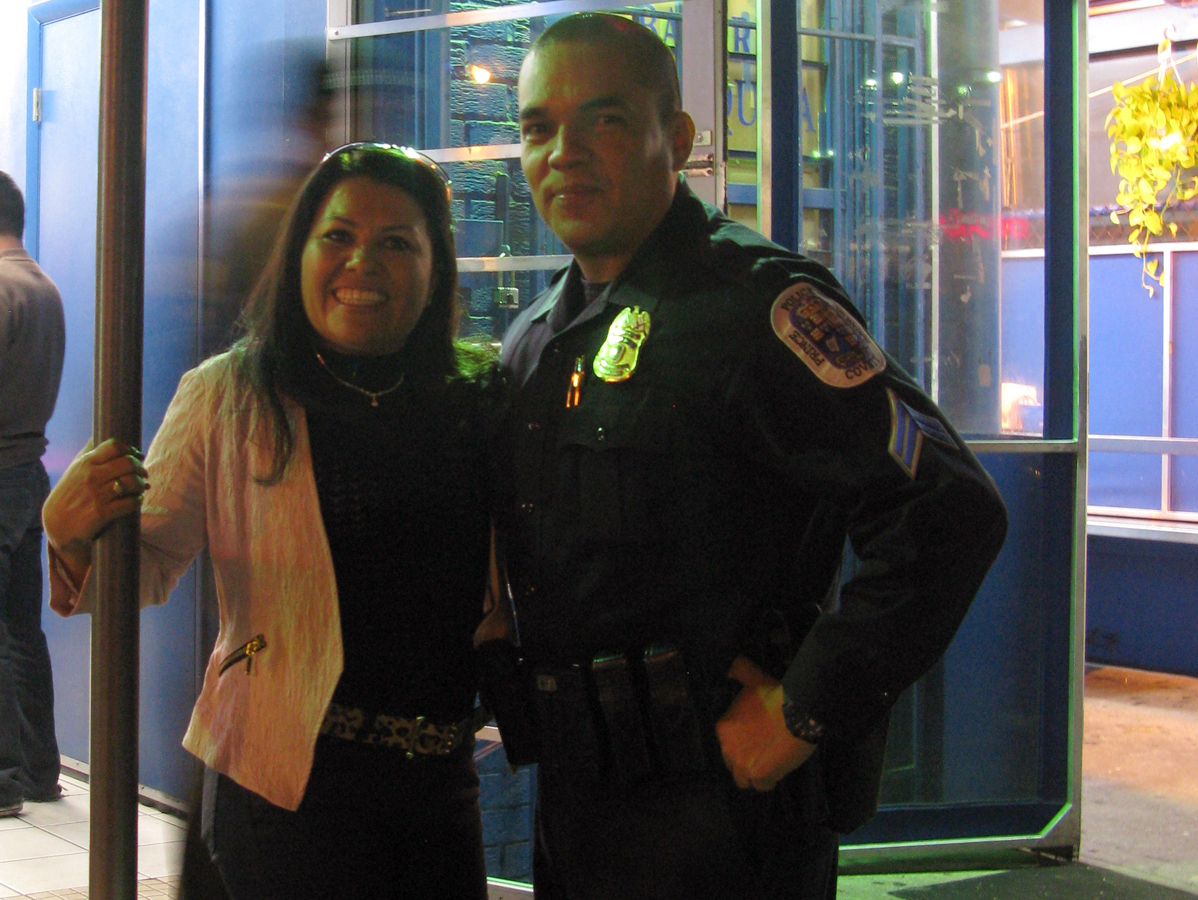 Damian estimates that at least two-thirds of the people here are undocumented, and that has made it a magnet for robberies over the years. Gangs know undocumented day workers are especially lucrative targets, he says. Their pockets are often stuffed with a day's or even a week's worth of wages. The street term for these men: "walking ATMs."

Damian says workers are afraid to leave the money where they live because they may be sharing an apartment with a dozen or so others.

A thief will "see people walking down the street, ask them for the money and rob them for whatever they have, get in the car and leave because they don't call the police," Damian says.

The Prince George's County Police officer is concerned with stopping sometimes deadly assaults and robberies, not with their immigration status, and insists he will never ask a victim whether he or she is here legally. But it's been hard to build that trust. So in the past couple years, Damian and community leaders have come up with other ideas. They've beefed up patrols and trained other officers to understand it's possible for a man wearing dirt-covered pants to have been carrying hundreds of dollars in cash. And they've been turning to local banks.

Casa de Maryland, a local advocacy group, has been holding seminars for immigrants to show them how to open bank accounts. The group brings residents together with banks like Bank of America, Wells Fargo and Capital One.

"Banks have been happy to partner with us," says George Escobar, the director of health and human services for Casa de Maryland. "They have a big and easy base for them to do a lot of bank account enrollment."

Because this community, a suburb of Washington, D.C., is a portal — where thousands of immigrants start when they first come to the states — new people are always coming. Escobar says his group constantly schedules new seminars. On some nights banks will enroll hundreds of new customers.

"The demand is overwhelming," Escobar says. "At all of our clinics, the bankers are completely busy and can barely deal with the demand of people coming to enroll with them."

Immigrants Are Sending More Money Back To Less Poor Countries

It's actually not illegal for undocumented immigrants to open a bank account. Lots of foreigners bank with U.S. financial institutions. Immigrants need their passport or ID and a U.S. taxpayer identification number, which you can get regardless of your status.

The banking efforts mixed with community policing seem to be working. Numbers are hard to come by for a crime that victims are afraid to report. But according to police data, known robberies at least have been cut in half in the past five years in this one area. And police say the number of arrests is up, too, meaning immigrants have come forward to describe their attackers.

Dora Escobar, who's not related to George, came to the U.S. several decades ago from El Salvador. She now owns nine popular check cashing businesses. Recently people milled about inside one of her stores buying phone cards and talking. She says she worries about her customers at night and hopes they open bank accounts.

"It's worrisome," she says in Spanish, "but with an ID they can open their own accounts."

She says she's appreciative of the recent police efforts to protect the people in the community, but most undocumented workers still do not trust the police.

Community leaders hope if they can get the cash out of people's pockets, it will keep the entire community safe, whether they are here legally or not.