Accessibility links
Wielding A Pen And A Phone, Obama Goes It Alone President Obama has a couple tools at his disposal that let him bypass congressional approval — and he's using them to advance his economic agenda. The administration says the president is still willing to work with Congress, but some on Capitol Hill are taking issue with the executive tactic. 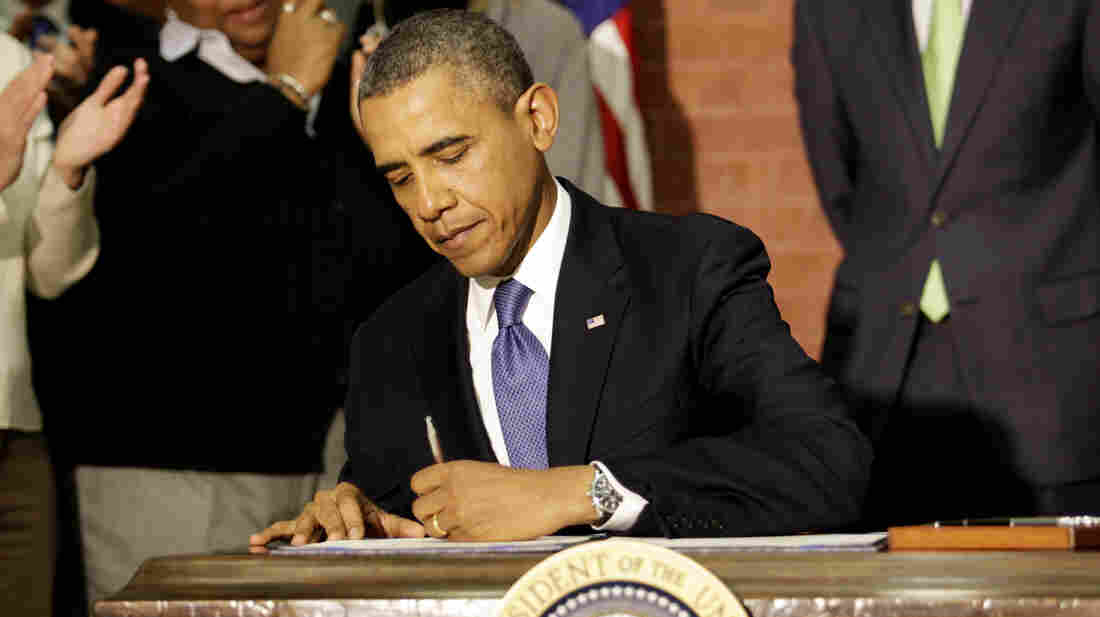 President Obama has alluded to his pen and his phone as two tools that help him act without waiting for congressional approval. Getty Images hide caption 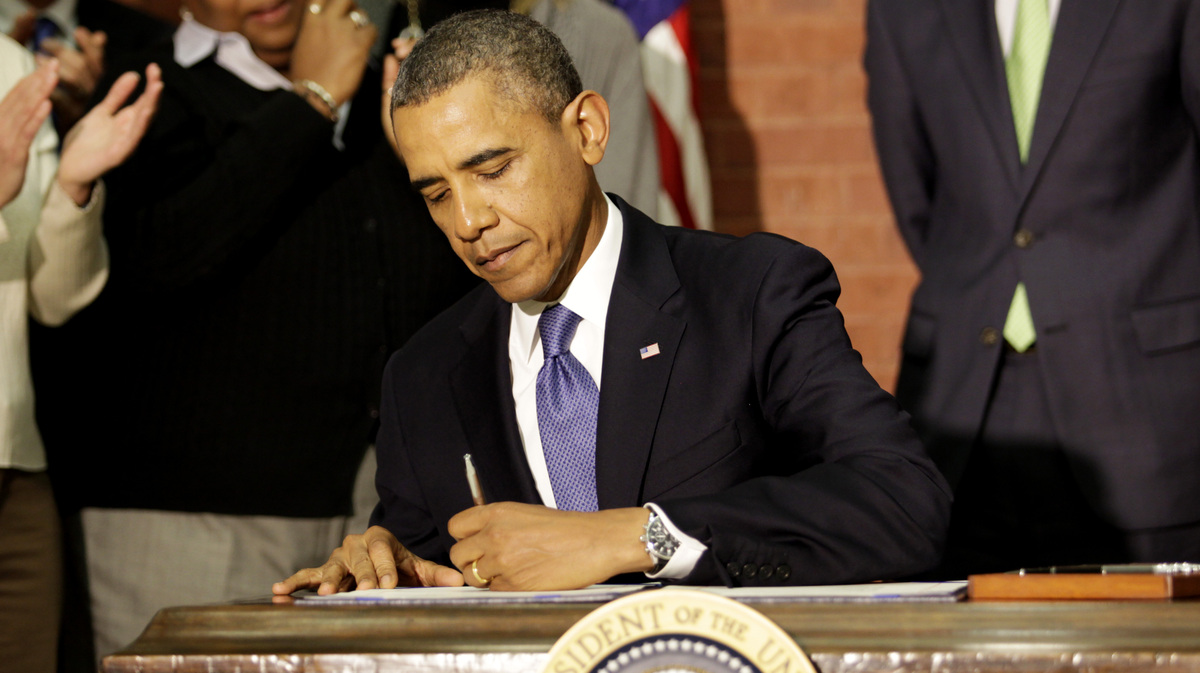 President Obama has alluded to his pen and his phone as two tools that help him act without waiting for congressional approval.

President Obama has a new phrase he's been using a lot lately: "I've got a pen, and I've got a phone."

He's talking about the tools a president can use if Congress isn't giving him what he wants: executive actions and calling people together. It's another avenue the president is using to pursue his economic agenda.

'If Congress Is Deadlocked'

Since the start of the year, the president has announced three new economic "promise zones," a college affordability initiative and a manufacturing research hub. These are all part of what the White House is calling a "Year of Action." And they're all things that didn't require Congress to do anything — something the president makes a point of saying.

"I am going to be working with Congress where I can to accomplish this, but I am also going to act on my own if Congress is deadlocked," he said at an education event at the White House on Thursday. "I've got a pen to take executive actions where Congress won't, and I've got a telephone to rally folks around the country on this mission."

The mission is an economic one, and something the president has talked about many times before, trying to make sure the economic recovery reaches everyone.

Obama is pressing for an extension of unemployment benefits and an increase in the minimum wage. Those things will require Congress. But encouraging public-private partnerships doesn't.

"In a couple weeks, we're bringing together more than 100 CEOs who are committed to hiring the long-term unemployed, which is a significant problem that still overhangs our economy," says the administration's senior adviser, John Podesta. "So those are the kinds of things that the president can do without legislative action."

Long before joining the administration, Podesta urged the president use his executive authority to get things done. His recent hiring was seen as a sign the president would be taking more executive action.

But using these powers is nothing new for this president — or others for that matter, according to John Woolley, a professor at University of California, Santa Barbara, and co-director of the Presidency Project.

"He's by no means the first president to make a public point of the fact that he's doing that, and it's not the first time he's done it," Woolley says.

Two years ago, the Obama administration had what it called the We Can't Wait initiative, which also relied on administrative actions. But generally speaking, Woolley says, presidents would rather have Congress pass their ideas into law than use executive orders or other similar actions.

"Presidents use it, and have often used it effectively, but it's not as powerful as legislation," he says.

On Capitol Hill, the pen-and-phone strategy is getting a mixed reception.

"I would remind the president he also has a Constitution and an oath of office that he took," House Speaker John Boehner said at his weekly press conference on Thursday.

Mr. President, we use the #Constitution to get things done. pic.twitter.com/TqmzmoehDZ

He said the president was choosing this approach rather than looking for ways to work together.

"There's no reason that this year can't be a bipartisan year to work on the issue of our economy, and get Americans back to work," Boehner said.

While Republicans see this as another example of executive overreach, progressive Democrats like Minnesota's Rep. Keith Ellison see opportunity. He's been pushing for the president to sign an executive order raising the minimum wage for employees of federal contractors.

"Right now the federal government funds more low-wage jobs than Wal-Mart or McDonald's," Ellison says. "There are two million workers who work for federal contractors, and in these contracts, there's no provisions that there be a responsible wage be paid to these people."

The White House offered no comment on this proposal, but administration officials are doing their best to make it clear that executive actions and working with Congress aren't either-or propositions.