Accessibility links
Nuclear Inspectors Enter Iran, With Eyes Peeled For Cheating This week in Iran, international inspectors are stepping up surveillance of the country's nuclear program. The inspections are at the heart of a landmark deal that freezes Iran's uranium enrichment in exchange for billions of dollars in relief from sanctions, but they are just a first step. 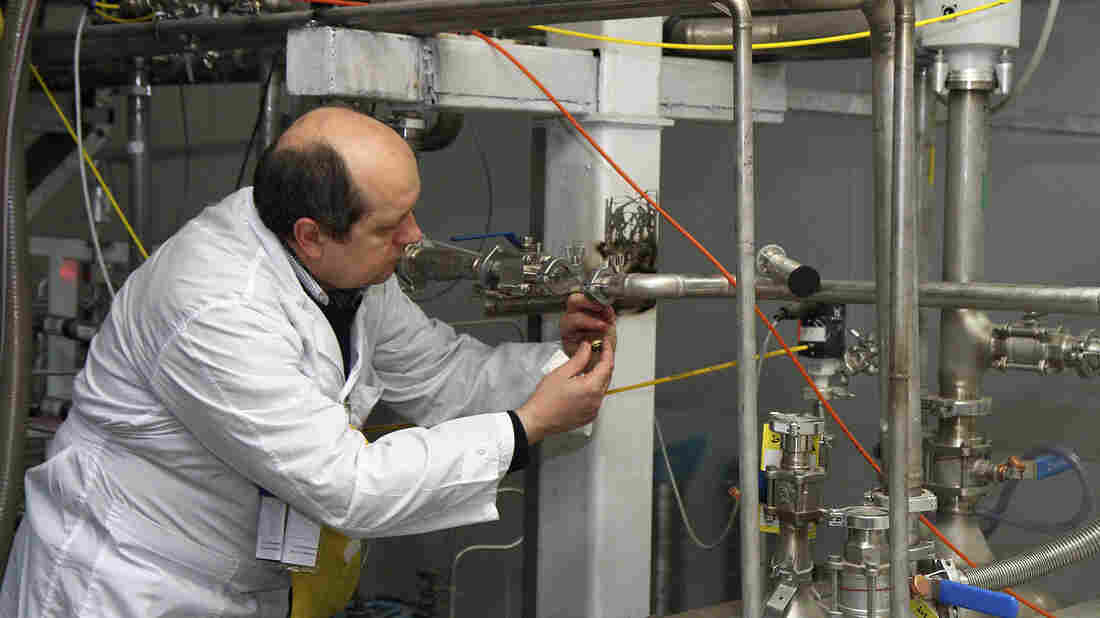 An unidentified inspector from the International Atomic Energy Agency examines equipment at the Natanz facility in Iran on Monday. Kazem Ghane/AP hide caption 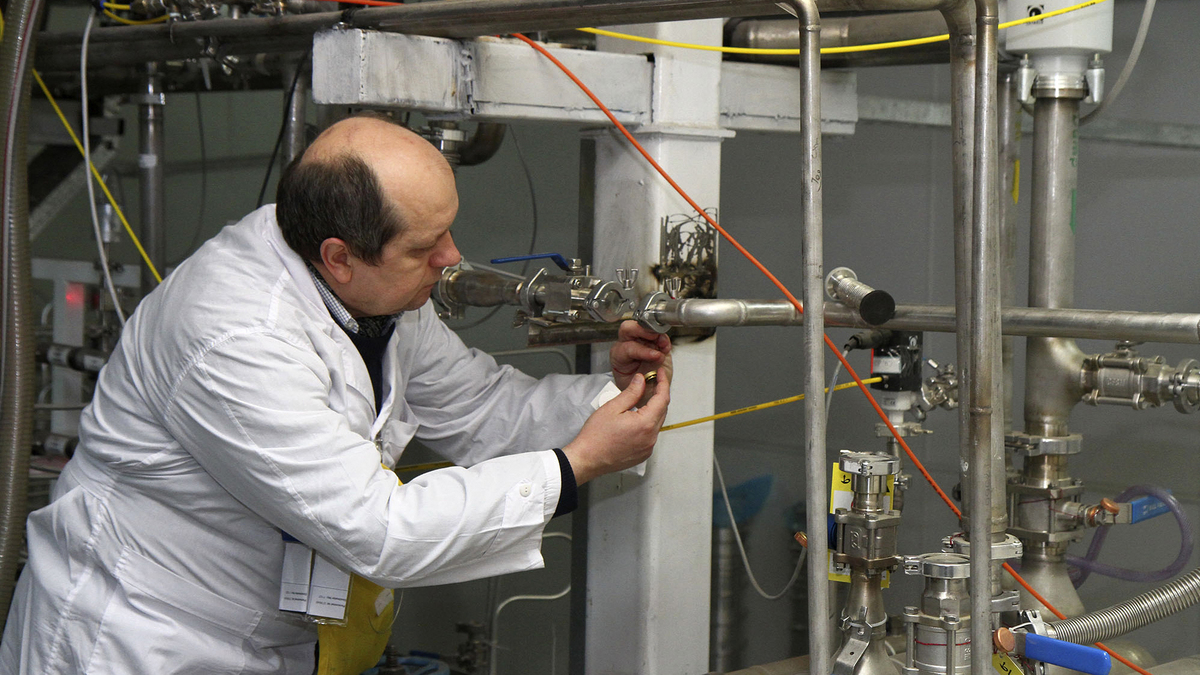 An unidentified inspector from the International Atomic Energy Agency examines equipment at the Natanz facility in Iran on Monday.

This week in Iran, international inspectors are stepping up surveillance of the country's nuclear program.

The inspections are at the heart of a landmark deal that freezes Iran's uranium enrichment in exchange for billions of dollars in relief from sanctions, but they are just a first step.

When you hear "nuclear inspection," maybe you imagine convoys of white SUVs with the United Nations logo stamped on the side and dozens of inspectors bursting into secret facilities.

That's not quite how it works. Olli Heinonen, a former inspector, says that most of the time there are only two of them. And they arrive in a rental car.

"In Iran you probably don't want to rent a car; you rent a driver with a car," Heinonen says. "And then you pop up at the gate [at] 9 o'clock in the morning and they are supposed to let you in ... [and] they do."

Once you're past the gate, you go to a little office where Iranian government officials are waiting, and where Heinonen says they have tea or coffee waiting.

"And then you have a short meeting of what shall we do now, what's the program of today? Then off you go," he says.

Inside the nuclear facility inspectors might take samples. A lot of the time, Heinonen says, they just go over hours and hours of footage from security cameras they've installed. And he says that the whole time, everyone is very polite.

"Basically you try to do it in a friendly way. It's easier that way, rather than try to push yourself through," he says.

But there are tensions beneath the pleasantries, because Iran's track record with inspectors is spotty.

Under this initial deal Iran would receive $7 billion in sanctions relief. In exchange, it will agree not to enrich uranium beyond a low level for six months.

Enriching uranium could lead to a bomb, and Albright says it will be up to inspectors from the International Atomic Energy Agency to make sure Iran isn't cheating. He says the IAEA will push for the most access possible.

"I think you're going to have a give and take of the IAEA trying to do more than the letter of the law would dictate, and Iran may try to do less."

U.S., EU Lift Some Iran Sanctions After Assurances On Uranium

Iran is increasing access, but former inspector Olli Heinonen, now a senior fellow with Harvard's Belfer Center for Science and International Affairs, says that there are still plenty of places they can't go. Take for example Iran's biggest enrichment facility at a place called Natanz. Inspectors are allowed daily access to the main enrichment plant, but that doesn't guarantee they'll see everything.

"Natanz is a big complex so you don't know what happens in these other places which are [a] kind of supporting structure to the main plant," Heinonen says.

Inspectors still should be able to tell whether there's cheating at the Natanz plant.

But hanging over these negotiations is a much bigger question of trust. Iran has always said its nuclear program is peaceful, but many countries, including the U.S., believe it is pursuing a nuclear weapon.

International inspectors have seen evidence that Iran has studied how to build a bomb. But to get proof, they need access to military facilities. And like those other buildings in Natanz, Iran won't let them in.

For this new agreement to stick, David Albright thinks Iran will have to disclose if it's done work to develop a nuclear bomb.

"I would hope they would openly admit to such activities," Albright says, "and allow the IAEA to inspect the facilities where these things happened and come to some level of closure that they understand what Iran did on nuclear weapons."

If Iran doesn't come clean, Albright says the inspectors will be left with too many questions. And any hope of a lasting agreement will fade.