Accessibility links
Book Review: 'Orfeo' By Richard Powers Richard Powers' new novel follows an avant-garde composer who has sacrificed everything in his pursuit of transcendent music — and who gets into trouble when he attempts to combine his twin obsessions of music and chemistry. Reviewer Heller McAlpin says Powers hits a high note with Orfeo. 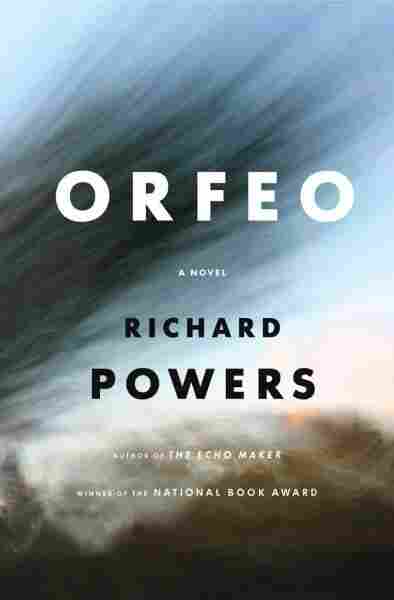 Richard Powers, whose novels combine the wonders of science with the marvels of art, astonishes us in different ways with each new book. His 11th, Orfeo, is about a 70-year-old avant-garde composer who has sacrificed family and fortune to his relentless pursuit of immortal, transcendent music.

Retired from teaching, Peter Els finally takes his esoteric monomania too far when he attempts to combine his twin obsessions — music and chemistry — in homegrown genetic engineering experiments aimed at instilling music into bacterial cells by altering DNA. It sounds outlandish, but Powers makes it plausible — well, sort of. This dubious project is the capstone of a "naïve and misguided" life, and in paranoid, post-Sept. 11 America, it's enough to alarm the Joint Security Task Force. Quickly dubbed the "Biohacker Bach," Els, a man who "never even jaywalked," goes on the lam, hopping on a "carousel of catastrophe."

Orfeo is the record of a brilliant iconoclast's Faustian bargain — "Man trades self for a shot at the lost chord." Like Orpheus from the Greek legend, and the hero of the Monteverdi opera that gives Powers' novel its title, Orfeo charts Els' descent into Hades, and his retrospective journey to revisit key people and turning points from his past.

Several writers patrol the borders of science and literature — Barbara Kingsolver, Alan Lightman and Elizabeth Gilbert come to mind — but Powers' literature isn't just stocked with scientists as characters; it also features plots that hinge on hard-core, cutting edge science and technology. His concern is with the connections between explanation, exploration and creativity: In his 1991 novel The Gold Bug Variations, he also took on music, as well as genetics and computer science. The Echo Maker, his 2006 National Book Award-winner, involved neurology and brain injury. 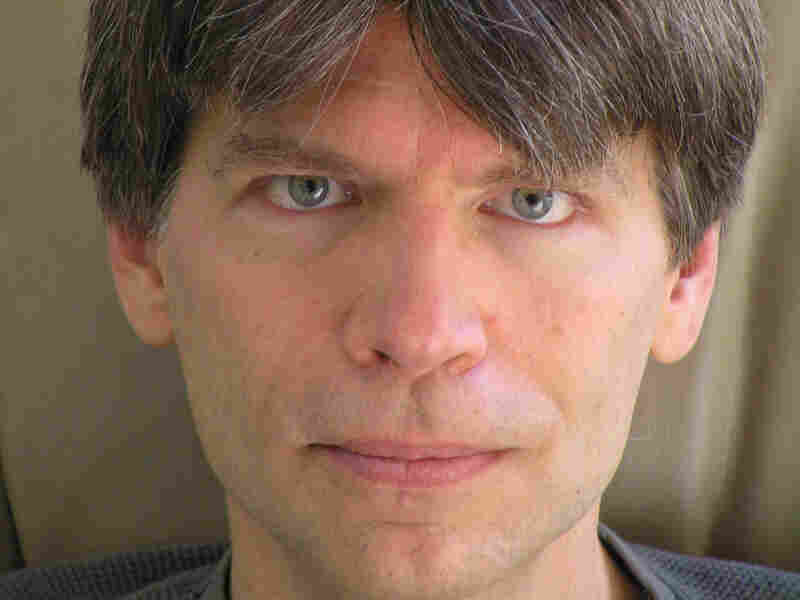 Orfeo is the 11th book by Richard Powers, who won the National Book Award for Fiction in 2006. W.W. Norton hide caption 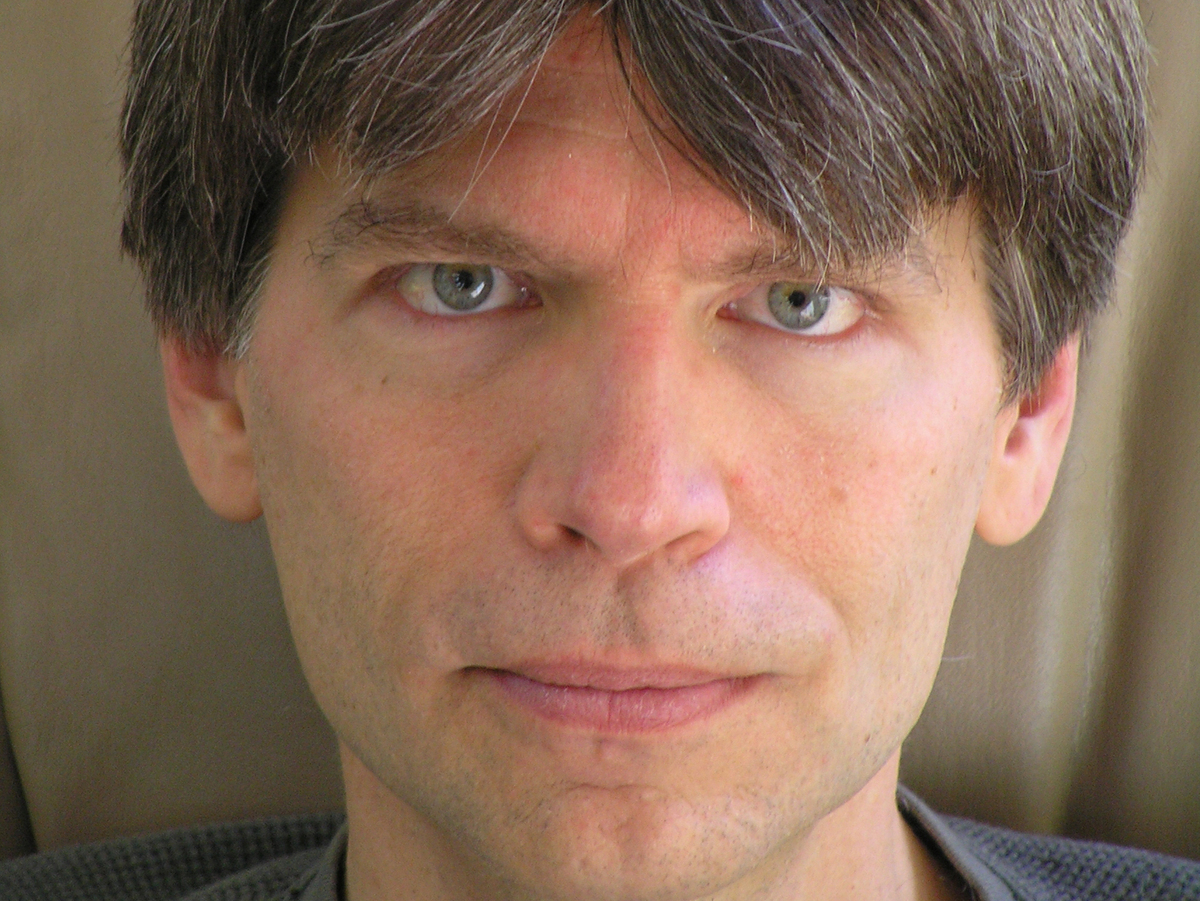 Orfeo is the 11th book by Richard Powers, who won the National Book Award for Fiction in 2006.

Powers is apparently incapable of writing a flat sentence. A flight "shrieked"; cars "scythed up and down the state highway." Eyebrows are "aerobic." The questions he raises about biological and artistic culture are deeply intelligent, yet his characters in Orfeo are sympathetically human. (His female characters – including Els' ex-wife and daughter — are particularly appealing, competent and strong.) His mastery of his subjects is so complete that you never smell the research. When Els listens to a CD by Anthrax — a fitting selection for a supposed bioterrorist — Powers observes, "The song came on like a felon released from multiple life sentences. The melodic machete went straight through Els' skin. ...The music said you had one chance to blow through life, and the only crime was wasting it on fear."

In attempting to translate — or transliterate — musical compositions into prose, Orfeo reverses the usual impetus to express emotions and stories with music. But not all of what Powers writes about music sings. Descriptions and analyses of a 1960s Musicircus "happening" and Els' inadvertently political opera make us grateful we don't have to sit through the entire performances. Far more compelling are histories that illustrate other instances of fraught connections between music and politics besides Els' own run-in with the law — including the fascinating story behind the first performance of Messiaen's Quartet for the End of Time in a Nazi POW camp, and Shostakovich's uneasy relationship with the Soviet state.

Powers' depiction of "a traumatized country still dreaming of security" and lurching from one panic to another — Osama bin Laden, Asian flu, ricin poisoning — forms a convincing backdrop for Els' journey into the past. Parallels between viruses and viral media abound: "Life is nothing but mutual infection. And every infecting message changes the message it infects," reads one of the pronouncements scattered throughout the text –- whose significance will ultimately become satisfyingly clear. "All my music ever wanted was to tunnel into forever through the wall of Now," proclaims another.

Much of what Powers has to say about music also applies to literature, including the unending quest for transcendence and originality that leads to an overwhelming glut. "The job of taste was to thin the insane torrent of human creativity down to manageable levels. But the job of appetite was never to be happy with taste," he observes intriguingly. "No listener would ever need more than a fraction of the music that had already been made, but something inside the cells needed to make a million times more," Els reflects on his unstoppable drive to create something utterly new and immortal.

Bravo, Richard Powers, for hitting so many high notes with Orfeo and contributing to the fraction of books that really matter.