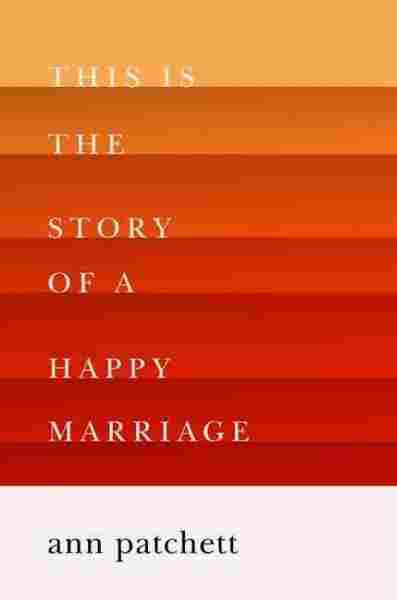 This Is the Story of a Happy Marriage

The title essay of Ann Patchett's latest book, This Is The Story Of A Happy Marriage, isn't exactly what it sounds like. It's actually the story of an unhappy marriage that ends quickly in divorce and results in a strongly defended refusal to marry that lasts many years. But eventually, it does lead to the happy marriage.

Book critic Maureen Corrigan describes the essay as "a spirited contribution to the larger story of romantic relationships that aren't, well 'romantic' in the swooning ways we're used to reading about or seeing in movies." She adds:

"Patchett's down-to-earthness also sets the tone for her essays on the easily sentimentalized subject of caregiving: She writes here about tending to her beloved dog, an elderly nun friend and her 90-something-year-old grandmother. That particular essay, called 'Love Sustained,' is a must-read for anyone in the draining role of caregiver."

In the book's introduction, Patchett describes her essays as "made from the things that were at hand — writing and love, work and loss. I may have roamed in my fiction, but this work tends to reflect a life lived close to home."

Patchett's novels include Bel Canto and State Of Wonder, which Corrigan describes as "a masterpiece of a novel about the awful price of love and the terror of its inevitable loss."

Patchett tells Fresh Air's Terry Gross about her experience of getting married and divorced young, and how it changed her.

On getting married at 24 and knowing it was wrong

You're in a relationship and you know it's not right and you just think, "It's too late, we've been together too long. Oh, we're living together; how would I get another apartment? Oh, we got engaged; how could I break it off? Oh, the invitations have been mailed." And the fact is, there comes a day when you gotta go. And you go and you look back and you think, "It would've been so much kinder if I had gone when I knew I was supposed to go instead of lying to myself and thinking it might work out and staying too long."

On how she approached her next serious relationship differently

Getting out of that marriage when I was 25 was so hard. I really had that sort of Scarlett O'Hara as-God-is-my-witness-I-will-never-be-hungry-again: I will never get trapped; I will always know the location of all emergency exits at every moment. 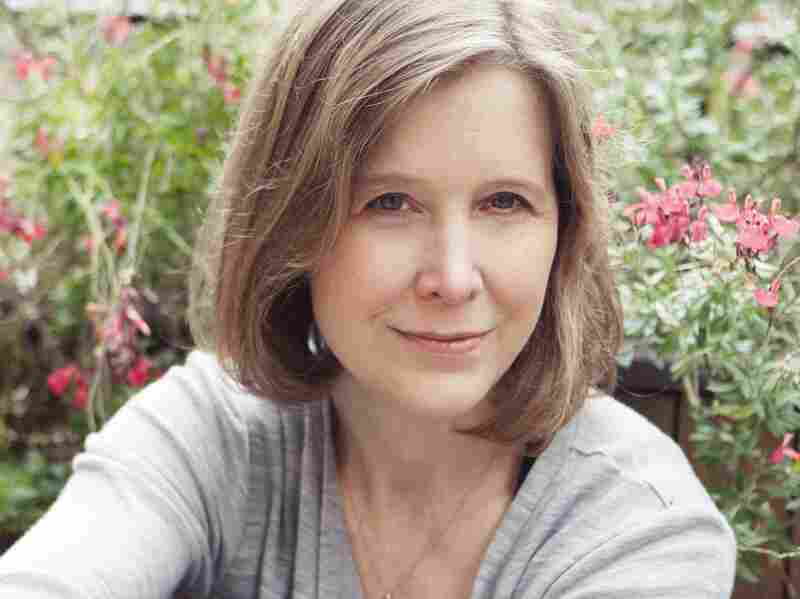 Ann Patchett is an award-winning novelist and memoirist. Her other books include Truth & Beauty, The Magician's Assistant and Run. Heidi Ross/Courtesy of Harper hide caption 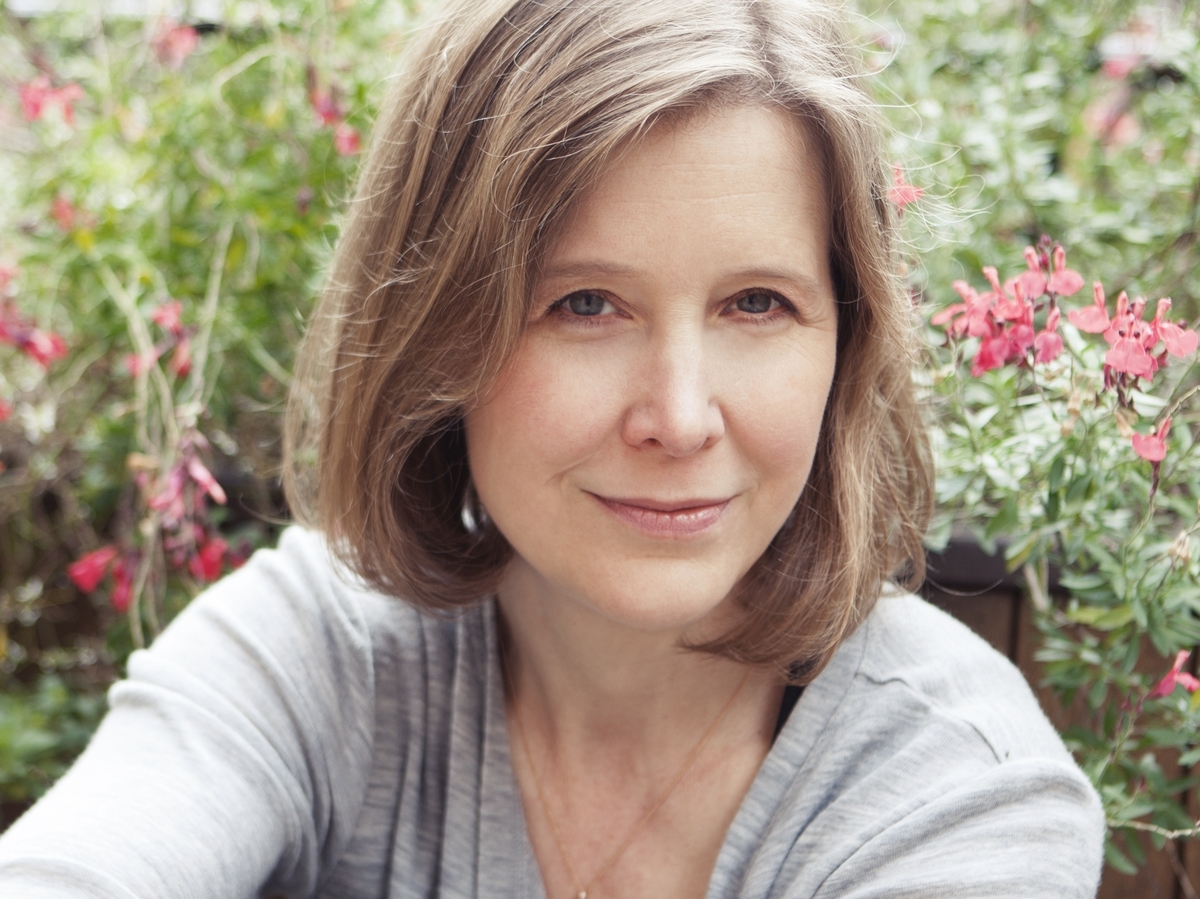 Ann Patchett is an award-winning novelist and memoirist. Her other books include Truth & Beauty, The Magician's Assistant and Run.

And so I thought, "You know what? This is going to have to work on my terms, which [are]: I want to live alone, and I'll be true, I'll be faithful, I'll see you every day, we'll have dinner together every night, but I don't want to get married and I don't want to live together." It just made perfect sense. And I kept saying, "But relationships don't all have to go the same way." And I really believe that. Every relationship doesn't have to follow the same formula. ...

It was good, I loved it. It was genius. And there were times where Karl and I, in that 11 years, would have problems and I would think, "It's so much better to have a fight and say, 'I want to go home,' instead of have a fight and say, 'I don't want to live with you anymore.' " I mean it really gave us both a tremendous amount of space. Karl needed time to get over being divorced and I needed time because I had psychological problems and didn't want to live with anybody ever again, and it really gave us a very healthy, solid foundation for what is now our marriage.

On how things changed when, after 11 years, they finally got married and moved in together

It changed in two big ways. One was that after we got married, Karl loved me more and that was amazing. There was something about getting married that allowed Karl to say, "OK ... I've been holding out on you. There's like a secret storeroom of extra love, but because we weren't married I was always afraid that you were going to leave." And so that was a wonderful bonus. He was just relaxed because he always really wanted to get married.

The other thing that was fantastic about being married is that we didn't have to talk about it anymore, and we had been talking about it for 11 years — not just with one another but with everyone. ... Everyone had an opinion about our relationship. ... The day that we got married, all of that noise just went away and it was like 80 percent of our conversational life opened up to other topics. It was fantastic.

On taking care of her grandmother in her final years

It all goes back to love. You just roll up your sleeves and you do the job that's in front of you and that's what people do. And you know what? It's easy for me to say this now that I'm years on the other side of it, but it's a privilege to see someone through that time in their life. And the trick of it is to love them for who they are that day, to never look at that person and think, "I remember when you were my grandmother and you used to knit me sweaters and make me dumplings and wash my hair. I remember when you did all of these things and I'm mad that you can't do all of these things for me anymore."

If you can let all of that go and just be in the moment with that person and love them for who they are and what they're capable of that day, it can be pretty great even as it is incredibly hard.

On bookstores like the one she opened in Nashville, Tenn.

Bookstores — and I think this is true for so many writers and, obviously, all readers — they're home. It's the place that you go and you feel comfortable. I never go into a bookstore and feel like, "Oh, I have to buy something." It's not like a dress store where someone is watching me and I think, "Oh, I've tried on 20 things I really need to buy something."

You can pick up 20 books and you can talk to the booksellers for two hours; you can just sit in a chair and read. It's not about "I'm going to buy a book," although, yes, I hope everybody goes into their bookstores and buys books. ...

I'm never lonely when I'm around books. It's the world of endless possibility and opportunity to be in that building full of books.