Accessibility links
W. Kamau Bell: After 'Totally Biased,' What's Next? Bell dropped by Ask Me Another to discuss the ups and down of having his first TV "internship" broadcast nationally, share life advice from Chris Rock and drop some hints about what's next for him. 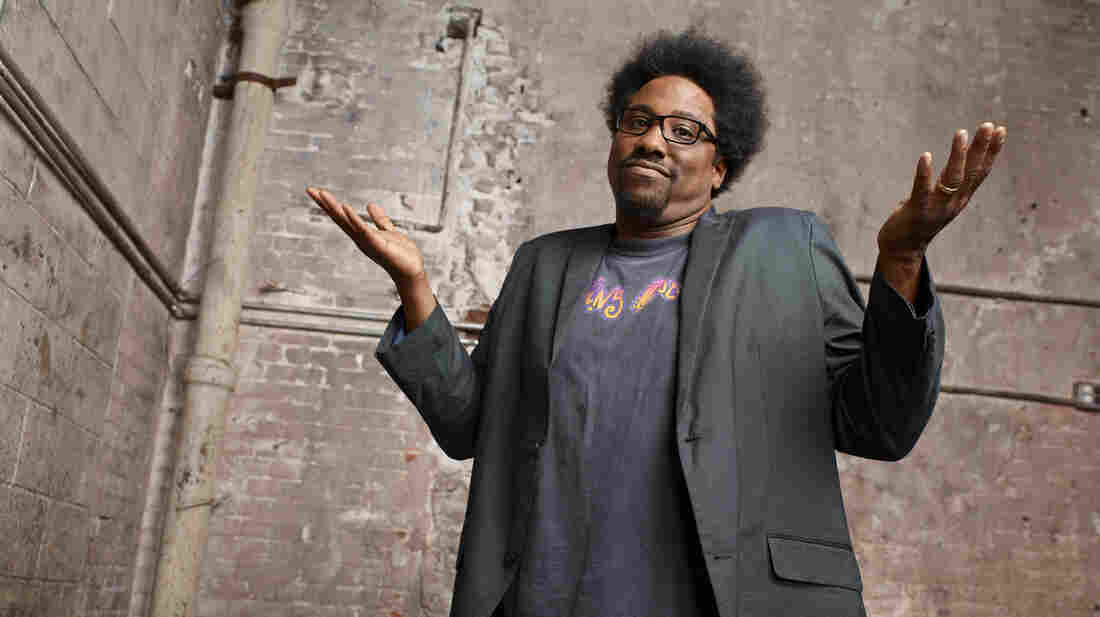 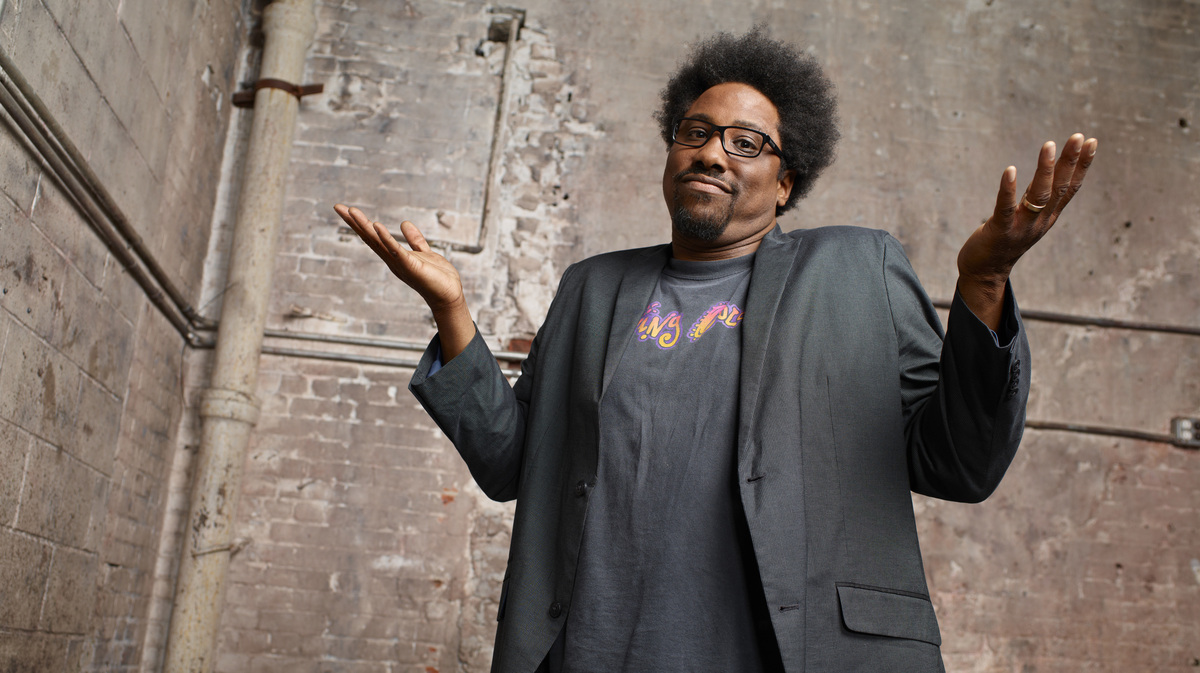 Imagine stepping offstage from performing your one-man comedy show in a tiny black box theater to find none other than Chris Rock waiting for you backstage. If you're W. Kamau Bell, then you've lived it.

"It was almost like meeting Santa Claus. But like, the real Santa Claus," Bell joked, when he joined Ask Me Another host Ophira Eisenberg at the aptly-named Bell House in Brooklyn, N.Y. "Like 'I thought you were fake! I'm sorry, Santa!'"

The rest of the story goes like this: Rock thought Bell was funny, and advised him to leave his home in San Francisco and move to New York, where the industry was. Amid a Broadway stint for Rock and a new baby for Bell, the pair developed Totally Biased, a politically-leaning late night variety show on FX that mashed up sketch comedy, monologue, and man-on-the-street and celebrity interviews, all with Bell's signature style: opinionated, outspoken and willing to go over-the-top. In November 2013, after moving networks to FXX and going nightly, the show was canceled after 64 episodes.

Bell waxed about the challenges in his early days of stand-up, and dropped hints about what's next for him; from the sound of it, it'll involve a live audience. Then for his Ask Me Another challenge, we had Bell perform Pyramid-style clues about other funny folks who've hosted their own brilliant, but canceled, TV shows.

Plus, in the podcast extra on this page, hear Bell tell the story of being heckled by Barbara Walters on The View.

On meeting, and receiving life advice from, Chris Rock

I've met other famous people before. But he's so famous, that it's almost like meeting Santa Claus. But like, the real Santa Claus. Like "I thought you were fake! I'm sorry, Santa!" Or like meeting the actual Spiderman — but the real Spiderman! It was quite surreal. It all happened in a cloud. The thing I remember him saying was, "Ah, you're pretty funny." I said, "OK, thanks!" And he said, "Where do you live?" I said, "San Francisco." He said, "Move!"

On being pegged as a "political comedian"

Here's the weird thing about America. I was just a black guy with opinions, and people call that "political." I just had thoughts about the world we live in. To label it "political" seems to me to put it in a tight Washington, D.C. beltway politics box. "Politicized," I like.

On his early days of stand-up comedy

I was bad for a really long time. When you start in stand-up comedy, it's a little bit of a shotgun approach. You say, "What about this?" I feel like it's like having a garbage bag of things that you think are really valuable. You pull them out and show them to the audience, and they go, "Nope!". And you go, "OK, let me reach back in here...how about this one?" Eventually if you work long enough and have some level of talent, you keep pulling out things people like. "Let me polish this one up, and make it shiny."

On the call that changed everything

[Chris Rock] called me two months [after we met backstage]. "Spiderman's calling me!" It was an "Unknown Number." I really didn't think it was him. And then he started to do that thing: "You don't want to be the guy who doesn't think it's me when I'm calling."