Accessibility links
Eyes On 2016, GOP Revisits The Rebranding The Republican National Committee's annual meetings this week provided an opportunity to see how far Republicans have come in an effort, begun a year ago, to reach out to new voters — especially young people, minorities and women. 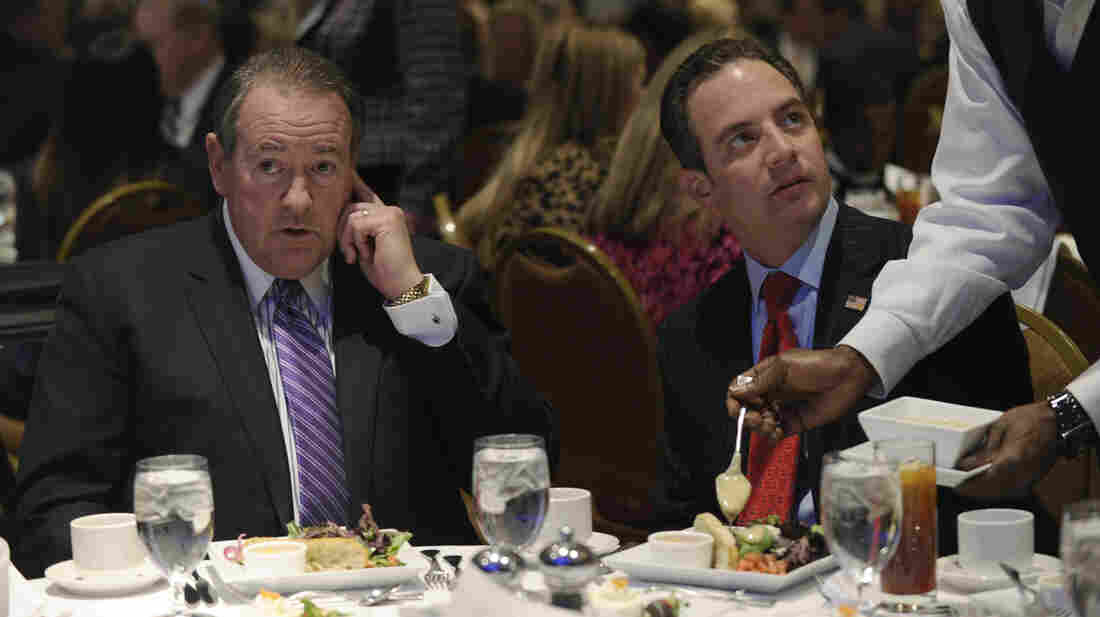 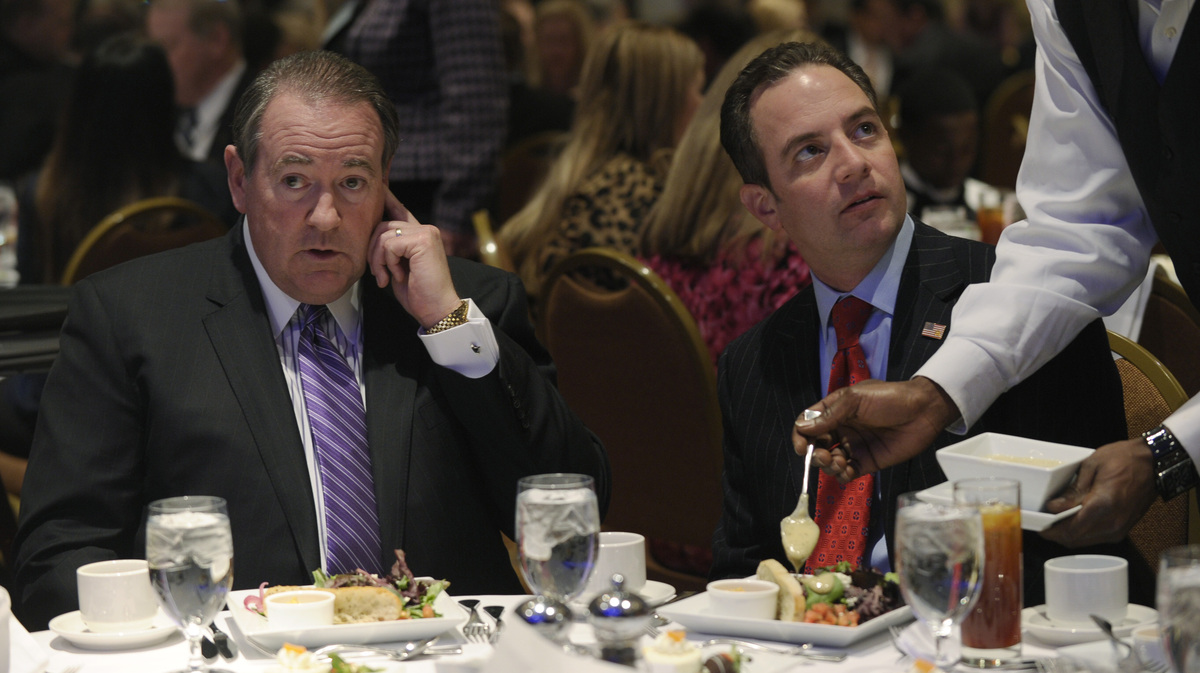 Republican Party leaders gathered in Washington this week for their annual winter meetings. They approved new rules for the 2016 presidential primaries designed to create a more orderly path to the GOP nomination — and, the party hopes, to the White House.

But this week's meeting also provided an opportunity to see how far Republicans have come in an effort begun a year ago to reach out to new voters — especially young people, minorities and women.

For Friday's luncheon speech, the party turned to one of its newest, high-profile stars: first-term Sen. Tim Scott of South Carolina, a conservative African-American businessman who embodies what officials say is a party that can expand its base. Scott was very much on-message.

"We are going to have to embrace people in a way that they deserve to be embraced," he said. "I will tell you, as we embrace people in a new and fantastic way, we will encourage them to find the potential within themselves to maximize their potential. And when we win people, elections will take care of themselves."

More On The RNC

RNC Isn't Focusing On The Elephant In Its Ballroom

But over the course of the three-day RNC meetings, there were some mixed messages on reaching out to new voters.

Former Arkansas Gov. Mike Huckabee spoke about ending divisiveness in the party, which some call a civil war between the Tea Party and establishment Republicans. But Huckabee also stirred controversy when he spoke about winning the votes of women.

"If the Democrats want to insult the women of America by making them believe that they are helpless without Uncle Sugar coming in and providing for them a prescription each month for birth control, because they cannot control their libido or their reproductive system without the help of the government, then so be it, let us take that discussion all across America," Huckabee said.

It didn't exactly fit with the Republican Party's rebranding effort, which began a year ago following the party's poor showing in the 2012 elections. RNC Chairman Reince Priebus reacted cautiously to Huckabee.

"I don't know what he was talking about," Priebus said. "What I can tell you is that I think he was trying to make the comment that government can't be involved in every part of everyone's life."

Mostly, however, the GOP re-branding that was the talk of RNC meetings last year was in the background this year. Louisiana's Republican Party Chairman Roger Villere said progress is being made, though he denied that Republicans have a problem with women or minorities.

"I think the perception and what some of the Democrats want us to look like is, we have a problem," Villere said. "We don't have a problem with minorities. Maybe we have a problem articulating our positions. I think we have to show minorities that we feel like they can do better being part of the Republican Party."

Looking ahead to 2016, the party moved to ensure that the presidential primary season will be shorter, likely beginning that February and wrapping up as early as May. Priebus said the last primary cycle — which included a long season of many, many GOP debates — was damaging to the nominee and the party.

There was also lots of chatter at this Republican gathering about one person they see as the likely Democratic nominee — Hillary Clinton, though she was sometimes referred to as "she who must not be named."

The line got laughs.