Accessibility links
Pharrell Williams And The Power Hat What does it mean when you wear a really unusual hat to the Grammy Awards? Well, a lot, actually.

Pharrell Williams And The Power Hat

Pharrell Williams And The Power Hat 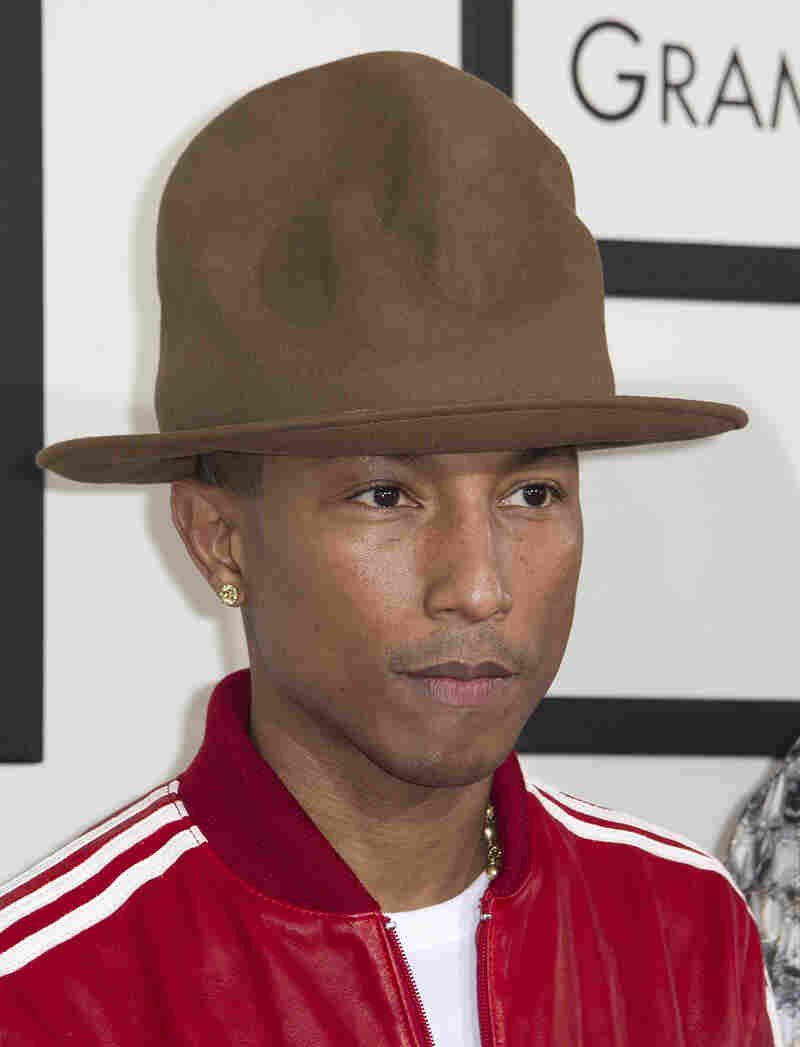 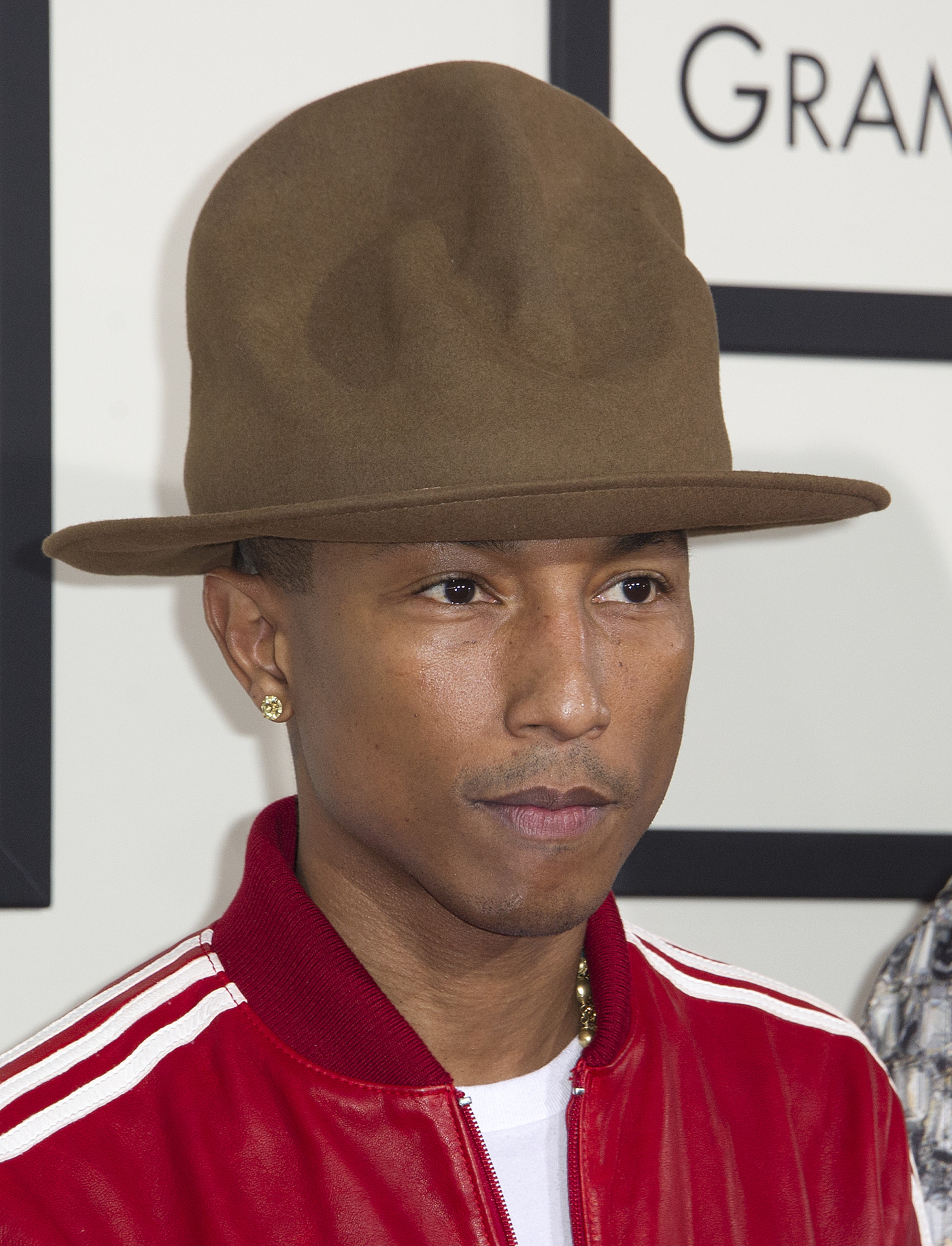 When folks first saw Pharrell Williams in this hat at the Grammy Awards, there were a couple of obvious references. Smokey The Bear was probably the one I heard the most. Well, that and Arby's. And Mounties.

The Grammys are always a place to look at people with interesting things on their heads, in their hair, on their feet, wrapped around them, dancing near them, sitting next to them, or just standing around when they're giving speeches.

In the age of social media, it's even easier than it used to be to get a ton of attention just for looking different from everyone else. (Remember, we now exist in a world where the Grammy Awards are preceded by two hours of coverage of people showing up, and two hours before that of people talking about people showing up later.)

But even in that environment, this was a newsmaking hat. (Note: not necessarily newsworthy. Newsmaking.) How unusual was it? Rather remarkably, he managed not to look pedestrian on stage with Daft Punk, and they wear helmets. 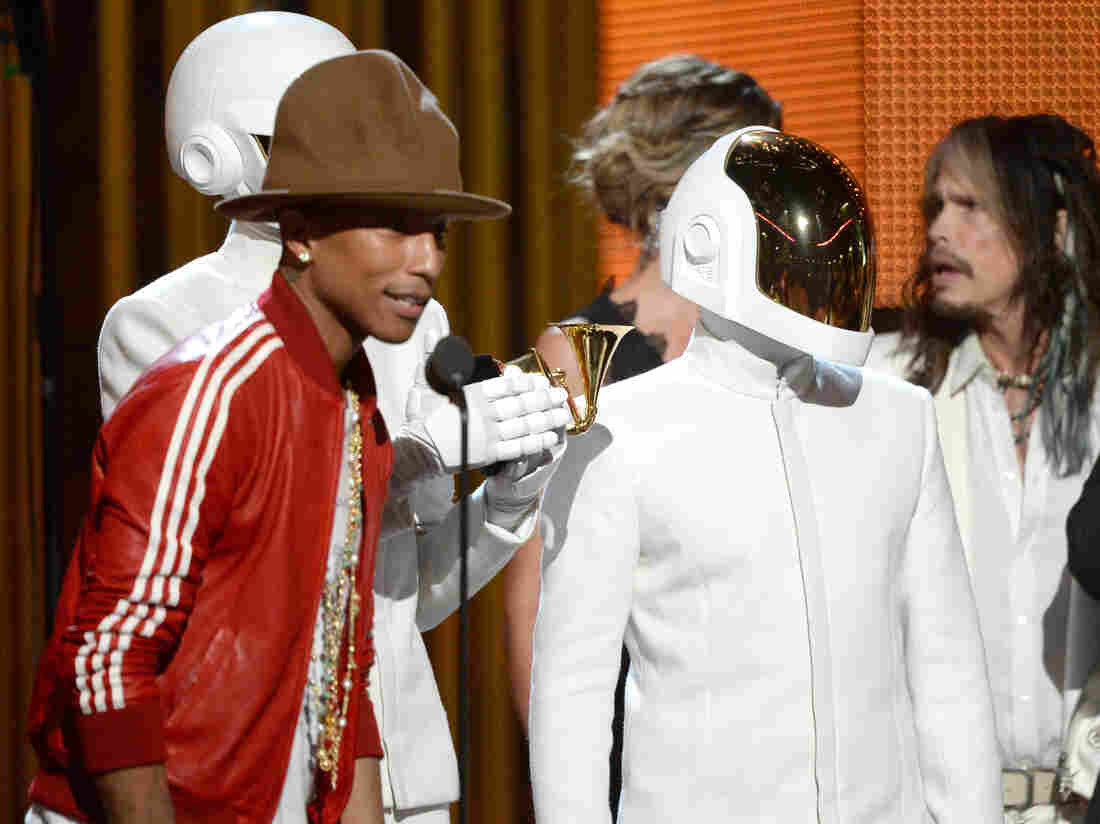 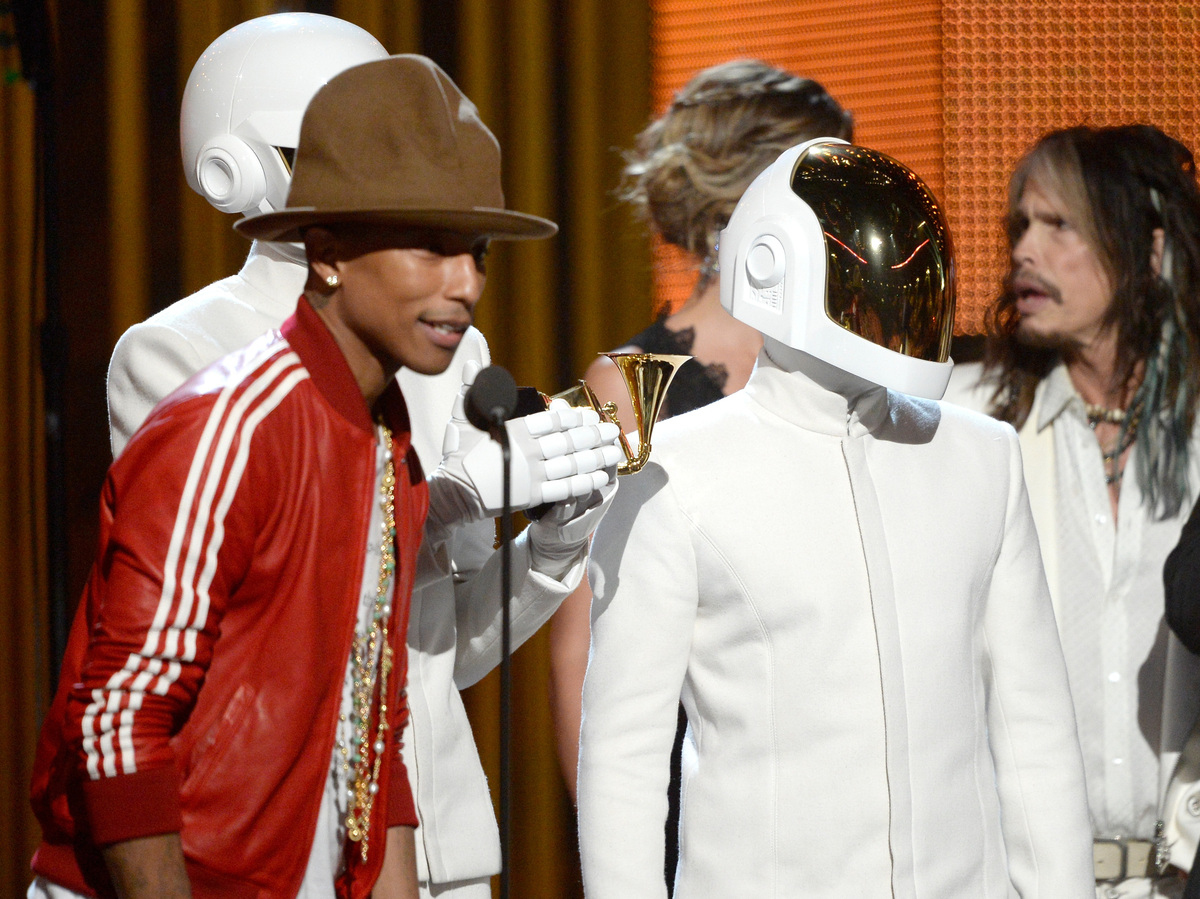 Pharrell Williams, with Thomas Bangalter and Guy-Manuel De Homem-Christo of Daft Punk, accepts the Record of the Year award for "Get Lucky."

As was quickly pointed out to me on Twitter this morning, this isn't a hat in a vacuum: you can see a similar one in this very old-school video.

Nevertheless, you do not see this hat a lot these days, and you don't even see this proportion a lot. That's just a bigger, puffier, lumpier, more massive hat than you commonly see on the fedora-obsessed awards circuit. It's particularly unexpected as part of the rest of this ensemble.

And as nutty as awards ceremonies are, and as nutty as a lot of the fashion is, there's actually something to the message that this hat was sending. And that message is: yes, indeed, Pharrell Williams is an enormously powerful guy in music and culture, not only because of his work with Daft Punk and Robin Thicke and his Oscar nomination, but because cool comes to him, without debate.

If pretty much anyone else, except maybe Jay-Z, wore that hat, there would be a possibility that people would conclude that it made him slightly less cool. But with Pharrell Williams, the only thing it can possibly mean, in this cultural moment, is that that hat is much cooler than you would have thought it was yesterday.

This is essentially what massive cultural cachet is — your gravitational pull is so huge that it can pull a planet. He is cool enough to move that hat. People made fun of the hat, but they didn't really make fun of him for wearing it. The jokes were mostly just references: that hat looks like a forest ranger's hat, that hat looks like an Arby's sign, that hat is really big. People called the hat names, the hat has a Twitter account, and so forth.