Conflict And Colonization Under Alien Ice In 'A Darkling Sea'

Conflict And Colonization Under Alien Ice In 'A Darkling Sea' 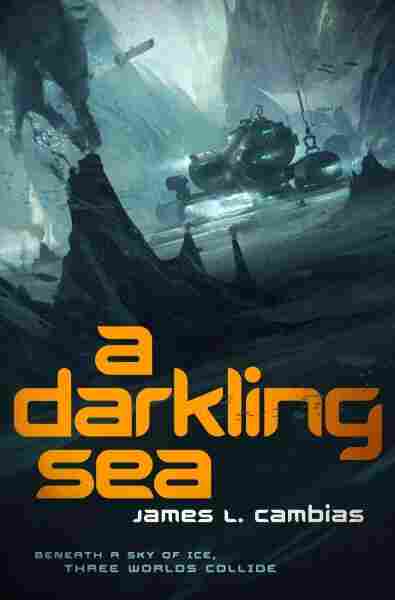 A Darkling Sea, James Cambias' first novel, is the perfect action romp for people who miss old-fashioned stories of planetary colonization. It has all the gee-whiz wonder of a classic space opera tale, complete with weird aliens. But it also reflects contemporary concerns like environmental contamination, and the political problems that can arise from first contact between very different civilizations. The result is an exciting, if ultimately flawed, tale of first meetings between alien groups.

We begin on a remote scientific outpost stationed on Ilmatar, a watery moon very much like the moon Europa in our solar system — and it's in orbit around a gas giant very much like Jupiter. Protected from cosmic radiation by kilometers of thick ice, a vast civilization has evolved in the deep oceans of the moon, its cities rising around deep sea vents that provide warmth and nutrients. It's a fascinating idea, based on what we already know about extremophile creatures that inhabit these volcanic vents on Earth. Just as they do on our planet, vents on Ilmatar release nutrients that support many plants and animals.

Our human explorers know very little about the moon's intelligent Ilmatarans, crustacean-like creatures with a kind of early Victorian culture where science is still fairly crude and there's a rigid class hierarchy ruled by landowners. We get a lot of crunchy, hard sci-fi details about the scientists' underwater facility, and their nanotech diving equipment that converts the local seawater to breathable gas. Cambias also lavishes incredible detail on the million-year-old Ilmataran culture, treating us to images of their ancient vent cities, showing us how they write books by tying knots in string the way the Inca did, and even exploring how, blind in their dark undersea world, they "see" only by sonar.

We meet Broadtail, a young Ilmataran scientist who studies his culture's own ancient history — and, later, human culture too. His human counterpart is Rob, a tech expert on the human expedition to observe the Ilmataran culture and environment. Rob is involved in an unfortunate incident that brings the two alien cultures face to face: He's filming one of the human scientists, a kind of Jacques Cousteau-style celebrity, when things go wrong. The celebrity swims too close to Broadtail and his colleagues, who perceive him with their sonar senses for the first time — and collect him as a scientific specimen so they can dissect him in their lab.

This proves to be a grave diplomatic mistake. Not only are the Ilmatarans now aware of the humans, but the humans are in violation of a non-interference treaty they've agreed to with the scientifically-advanced but isolationist aliens known as the Sholen. The bulk of the novel deals with how the Sholen and humans feud over their different approaches to making contact (or not) with newly-discovered intelligent creatures. 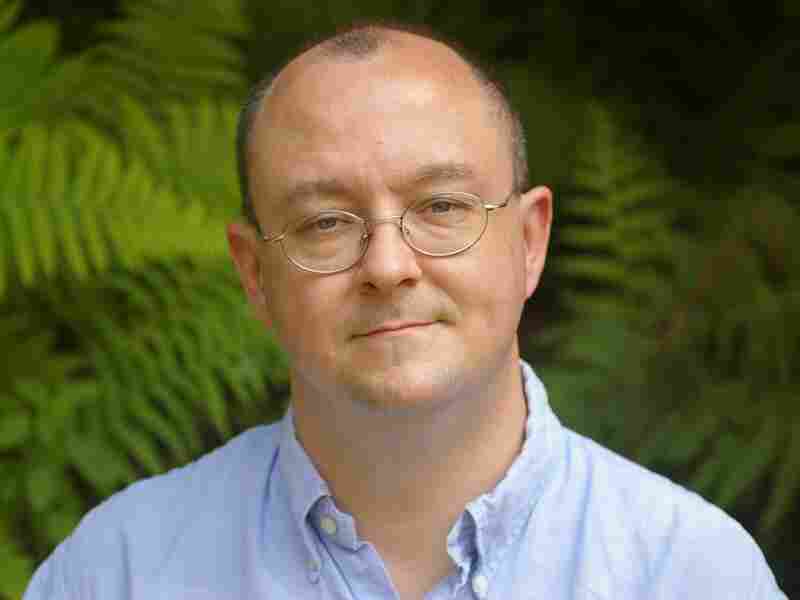 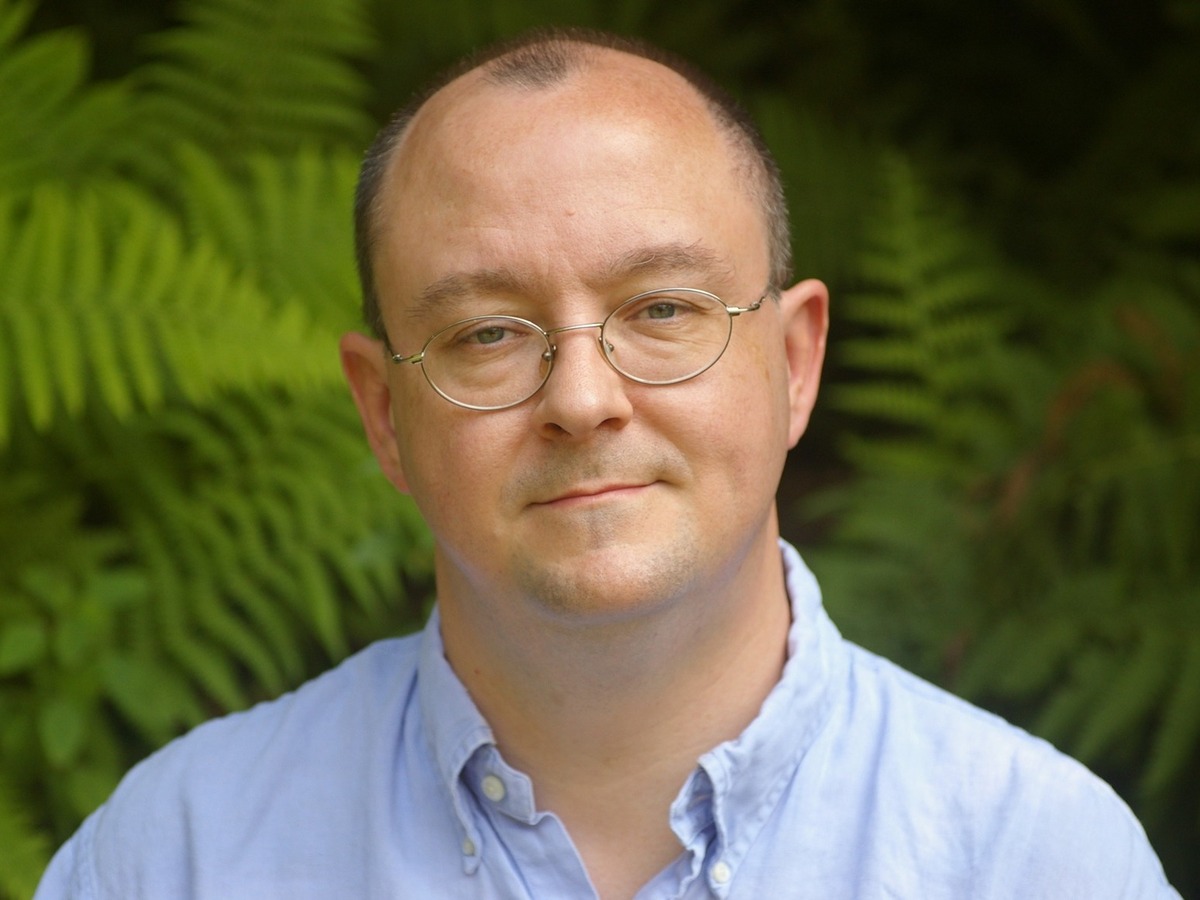 Unfortunately, this is where the novel gets mired in slightly nonsensical politics. Though Cambias has created marvelously believable aliens in the Ilmatarans, his Sholen are a half-baked mess of contradictions and inexplicable motivations. They're a kind of insectile culture with a bonobo-like approach to socializing — they value cooperation more than anything, and treat sex the way humans treat an intimate conversation over lunch. But the Sholen are also incredibly authoritarian, and dispatch a starship full of heavies as soon as they find out what's happened to the human expedition.

What follows is a protracted political scuffle, where the Sholen order the humans to leave Ilmatar and the humans protest. Things escalate quickly, forcing Rob and his colleagues to ask Broadtail's scientific group to help them. The problem is that we never fully understand the Sholens' motivations. Why would they come to the moon, at great expense, simply to prevent humans from contacting the Ilmatarans? What do they have to gain? We hear that the Sholen are rigidly eco-fascist, hellbent on keeping their civilization limited to their carefully de-polluted planet. So their resistance to human exploration is purely ideological — they literally have nothing to gain other than adhering to their own belief system of non-interference and non-colonization. Which isn't a terribly realistic motivation.

This is just one of many ways A Darkling Sea takes its cues from 1960s Star Trek and classic novels like Larry Niven's Ringworld. It's an old-school adventure tale about the importance of scientific discovery, featuring cool but nevertheless one-note aliens who can be summed up as "warlike" or "greedy" or "tribal." The Sholen behave the way they do because they're "anti-colonialist," and have no more complex motivations than that.

As a space opera with intriguing aliens, 'A Darkling Sea' is a success; as a political thriller, not so much.

For their own part, the humans wind up embracing colonialism in order to continue their mission despite a gang of Sholen military occupying their base. One of the human crew suggests that they follow the model of T.E. Lawrence, soliciting the aid of the colonized Arabs to fight with the British in their war. In the fast-paced series of skirmishes and revelations that follow, it's easy to lose sight of the fact that, as another character notes, the whole colonial venture in the Middle East didn't wind up turning out well a century later.

We never confront the implications of that comment, and instead are treated to a swashbuckling Lawrence of Arabia/Humans of Ilmatar tale. As the action reaches a fever pitch, Cambias gives us a fascinating look at what it would take for scientists in trouble to communicate a call for help to curious aliens who have no idea that anything lies beyond the ice that covers their world. Here, again, lies this undersea adventure's greatest strength. The Ilmatarans are a fully-realized, truly alien civilization. As the lines of communication open up between Broadtail and Rob, we're treated to both satisfying science fiction and just plain good storytelling.

As a space opera with intriguing aliens, A Darkling Sea is a success; as a political thriller, not so much. Still, despite the unevenness, this is a fun page-turner — especially at a time when astronomers are fairly certain that Jupiter's moon Europa might harbor its own vent-warmed oceans. This book offers an exciting window on what else we might find there.

Read an excerpt of A Darkling Sea