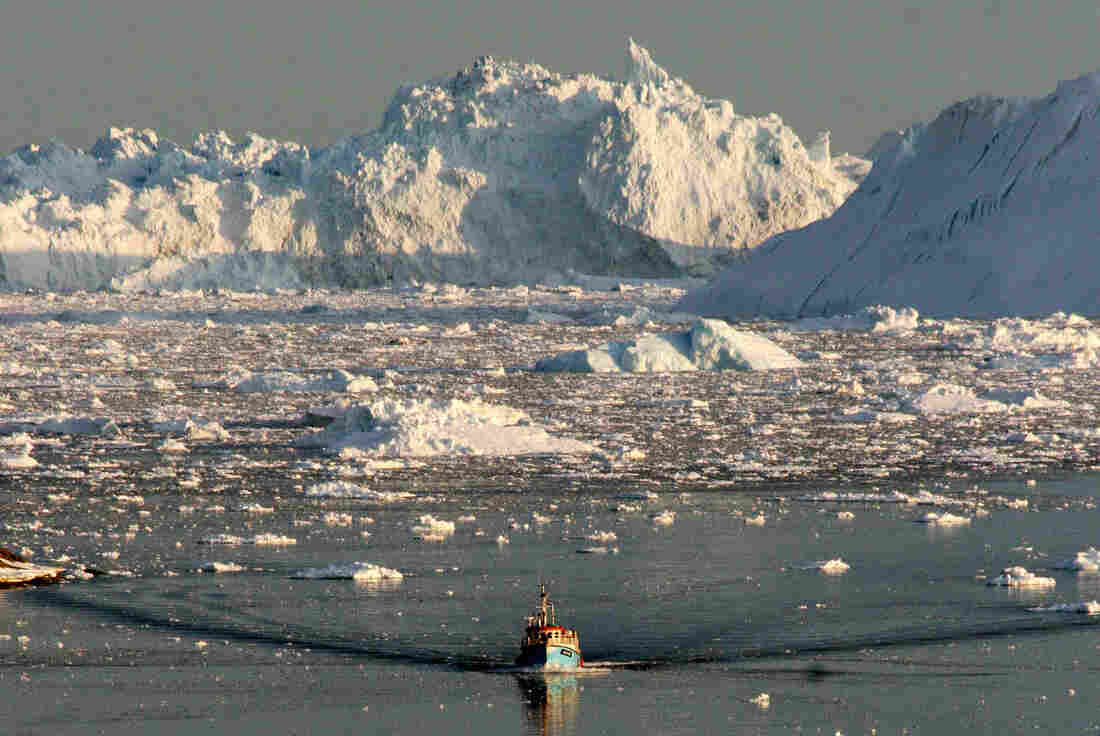 A boat skims through the melting ice in the Ilulissat fjord in August 2008, on the western coast of Greenland. Steen Ulrik Johannessen/AFP/Getty Images hide caption 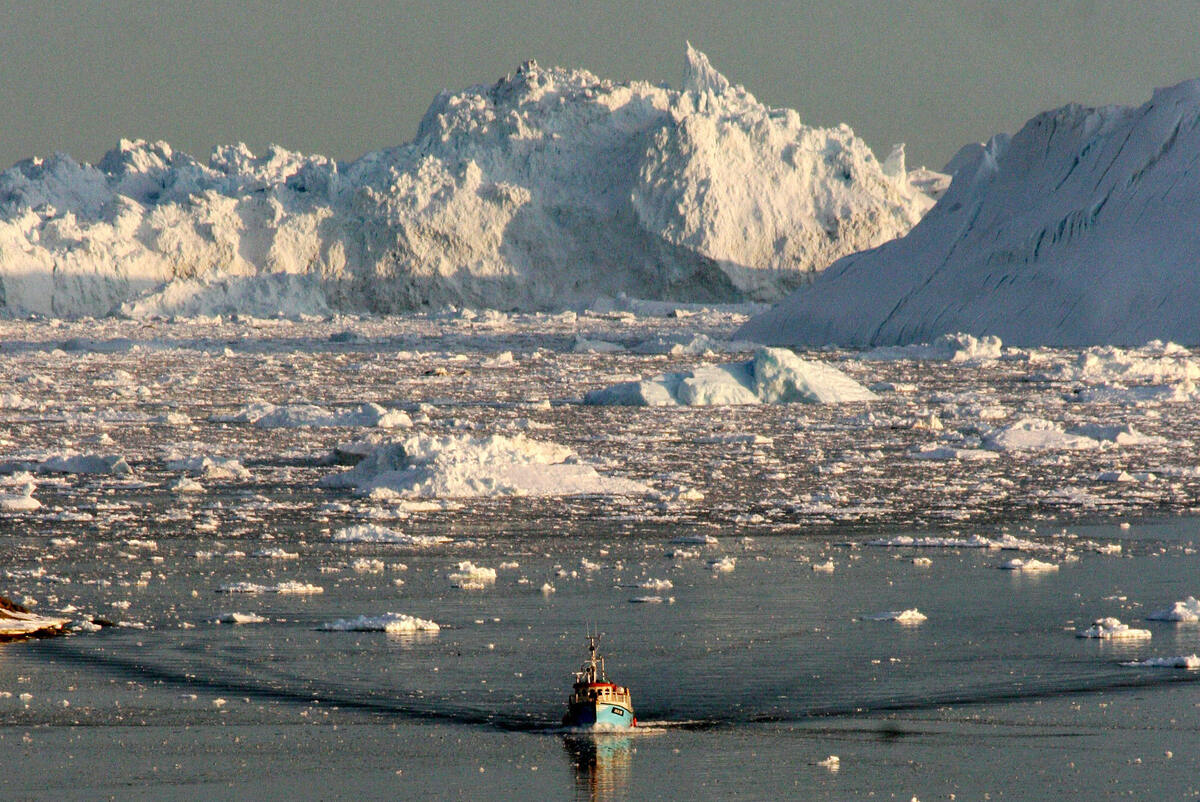 A boat skims through the melting ice in the Ilulissat fjord in August 2008, on the western coast of Greenland. 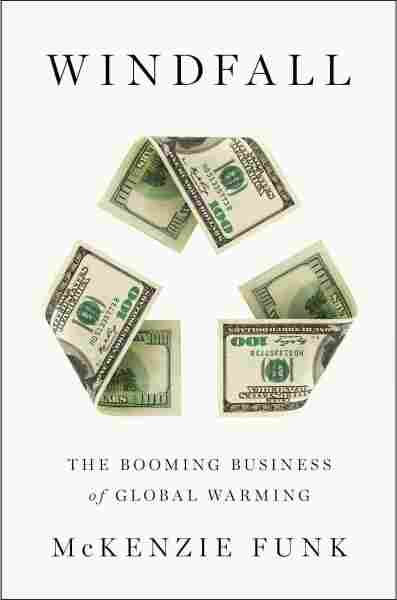 The Booming Business of Global Warming

In 2008, as scientists documented a record melt in the Arctic ice and Al Gore's film An Inconvenient Truth was in theaters, a half dozen major investment houses launched mutual funds designed to take advantage of financial opportunities offered by climate change.

In Windfall: The Booming Business of Global Warming, journalist McKenzie Funk looks into how some entrepreneurs and even some nations stand to benefit from a changing climate. He talks with Fresh Air's Dave Davies about some of his subjects, ranging from investors buying water rights and farmland around the world, to private wildfire protection services for affluent homeowners, to the nation of Greenland, which will be able to exploit new mineral deposits as its ice melts.

Up to a quarter of the world's remaining oil and gas is in the Arctic and there has been a major push to go get it. We've seen that with Shell in the Alaskan Arctic and a bunch of oil block sales in Greenland.

One thing that's happened is we've kind of gotten all of the easy oil everywhere else in the world, and what's left is the Arctic. At the same time, there's no question that the ice pulling back helps for exploration and it helps for drilling. It allows for them to have a longer summer season. No one is going to be doing oil exploration when the Arctic is covered in thick ice, but if you look at Shell's case in Alaska, they had a longer season because the ice wasn't there.

Permafrost is basically when the earth itself freezes. It forms a very solid thing for a foundation. Now imagine it melting and it turns into a muck. If you built a building on top of that, that building starts to shift and roads start to buckle and the entire infrastructure starts melting away. Pipes break and entire buildings can fall over. That is beginning to happen all across the arctic. And Russia has a particularly big problem due to the muddy soil they have in the north.

On the disagreement over who owns the Northwest Passage, where new shipping lanes are opening up as the ice melts

This is something that explorers were trying to find for years, for centuries ... 1700s, 1800s, everyone wanted to find a way that wasn't the Panama Canal to go to the Pacific and they hoped this would be it, and until now, it wasn't.

[The Canadians] want the world to recognize these waters as Canadian; first and foremost, it's a lot about national pride. Secondarily, there could be some real economic benefits. Russia does charge fees to have you bring icebreakers along the way [through their Arctic passage], Canada could conceivably do the same thing. In the case of the Canadians, I think it's mostly about not being pushed around.

On "agreeing to disagree" over sovereignty in the past 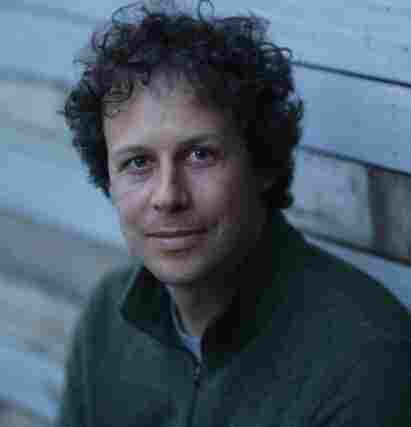 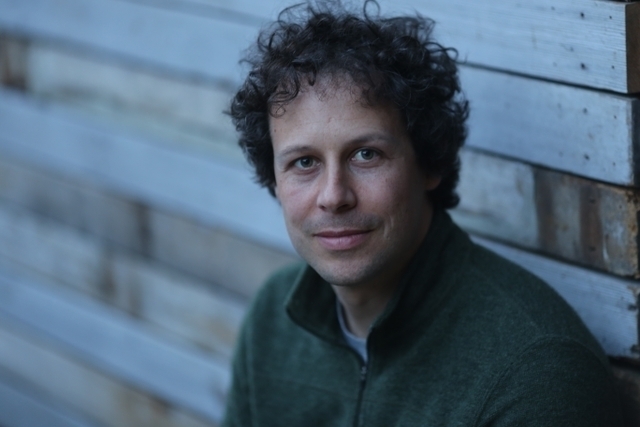 For a long time we've had a sort of "Don't Ask, Don't Tell" policy in the Northwest Passage. Basically, [the U.S. has] mentioned to Canada, sort of informally, 'Hey we're going to send a ship across,' and Canada says, 'Well, we're not giving you permission, but that's been noted.' That allows the two countries to agree to disagree about who owns the Northwest Passage.

The basic issue is that [for] international straits all over the world — it's written into the law of the sea and other international conventions that ships have free passage in international straits. ... Any ship can go through them without paying the country on either side a transit fee. Canada's position is that the Northwest Passage has not historically been a strait, it hasn't been used, it has been iced over and those are the two sides of the issue. If every time a ship goes through the Northwest Passage without asking Canada permission, it undermines the Canadian position. So they want to have everyone ask them for permission.

[In the Netherlands] it's called the Maeslant Storm Surge Barrier and it's these two Eiffel Tower-sized gates. They swing closed and close the Port of Rotterdam, which is the most important port in all of Europe. It's where most of the oil and gas come in and it's where most of everything leaves. They have a huge computer warning system that says, 'OK, the tides are surging. We need to close the barrier.' And that actually happened for the second time in history late in 2013, just a few months ago. 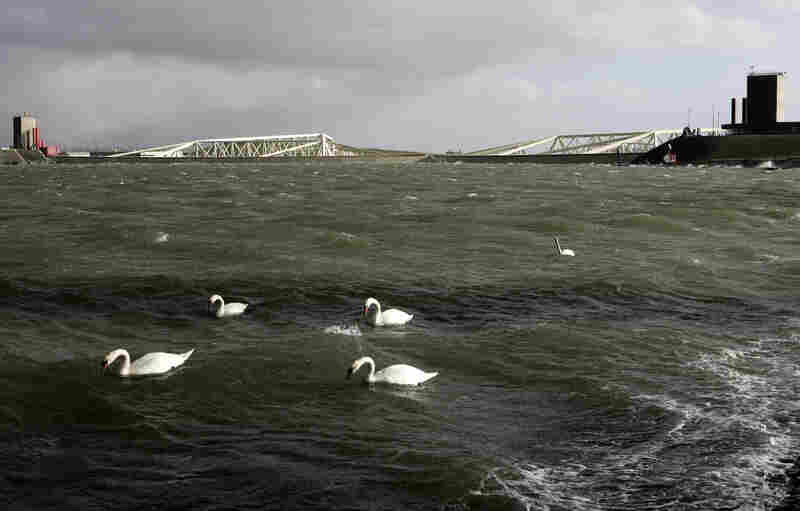 Swans pass in front of the closed Maeslant Barrier gates in the Netherlands, in November, 2007. Similar gates have been proposed to protect Manhattan from rising seas. Bas Czerwinski/AP hide caption 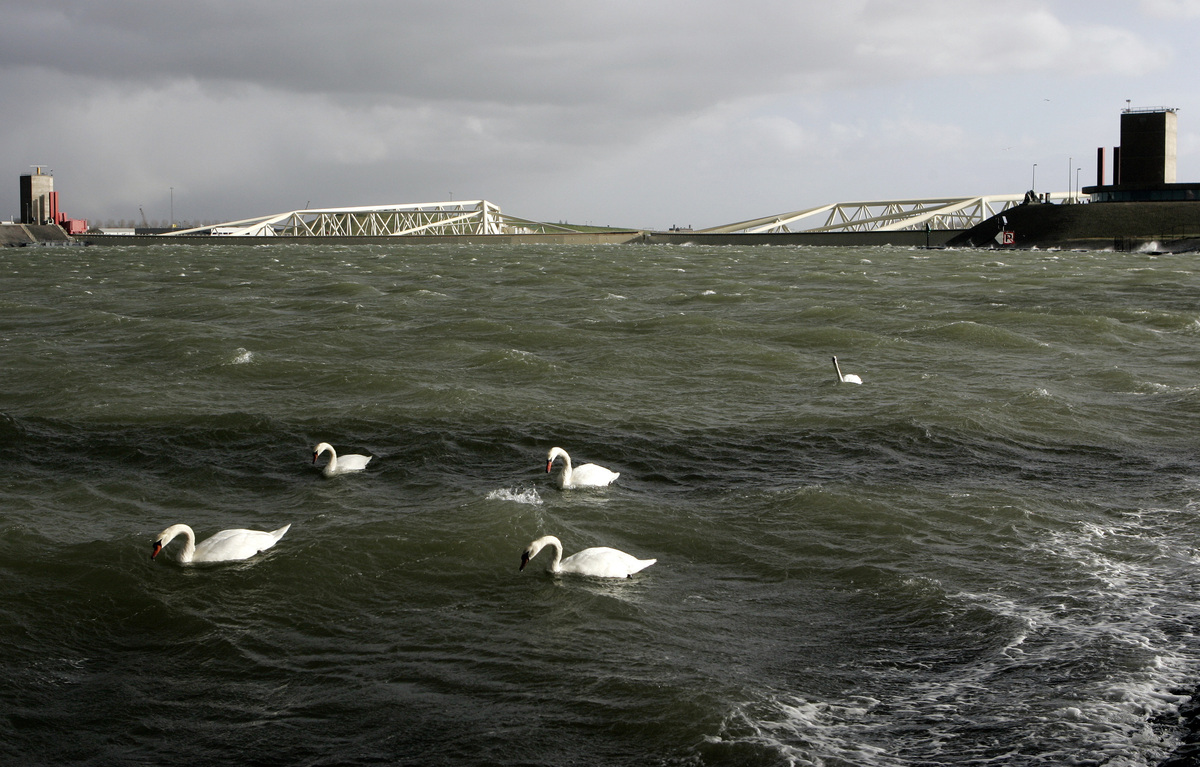 Swans pass in front of the closed Maeslant Barrier gates in the Netherlands, in November, 2007. Similar gates have been proposed to protect Manhattan from rising seas.

... It basically swings closed from both sides and they meet in the middle, these two massive gates and then this piece comes up from below and it closes off the entire harbor — water can't get in, water can't get out.

... [The proposed gates to protect Manhattan] would go across the narrows, the area below the Verrazano Bridge. ... The storm comes, warning system warns, and the gates swing closed and Manhattan is protected. ... We're talking Statue of Liberty [height] . ... Prices are pretty variant at the moment, but [it's] in the order of $10 billion.

Read an excerpt of Windfall