Accessibility links
Oil Rush A Cash Cow For Some Farmers, But Tensions Crop Up North Dakota's oil sector is booming, but agriculture remains the state's largest industry. And while many farmers and ranchers are profiting from the oil beneath the prairie, others complain that drilling is interfering with their business — and changing rural life as they know it.

A remarkable transformation is underway in western North Dakota, where an oil boom is changing the state's fortunes and leaving once-sleepy towns bursting at the seams. In a series of stories, NPR is exploring the economic, social and environmental demands of this modern-day gold rush.

Donny Nelson is a third-generation farmer and rancher near Keene, N.D., a rural community located in the center of an oil rush.

Oil booms come with the territory here, Nelson says, but usually they're not this intense. "This is a completely different animal than we've seen before. I've seen about three oil boom-busts."

That third boom is now — and there's no sign of a bust yet. The state is now pumping out 10 times more oil than it produced a decade back, making it second in crude production, behind Texas, according to the U.S. Energy Information Administration.

Despite that growth, agriculture remains the No. 1 industry in North Dakota. Deep below the prairie, in the Bakken shale formation, there are billions of barrels of oil, much of it now recoverable because of technologies like fracking. 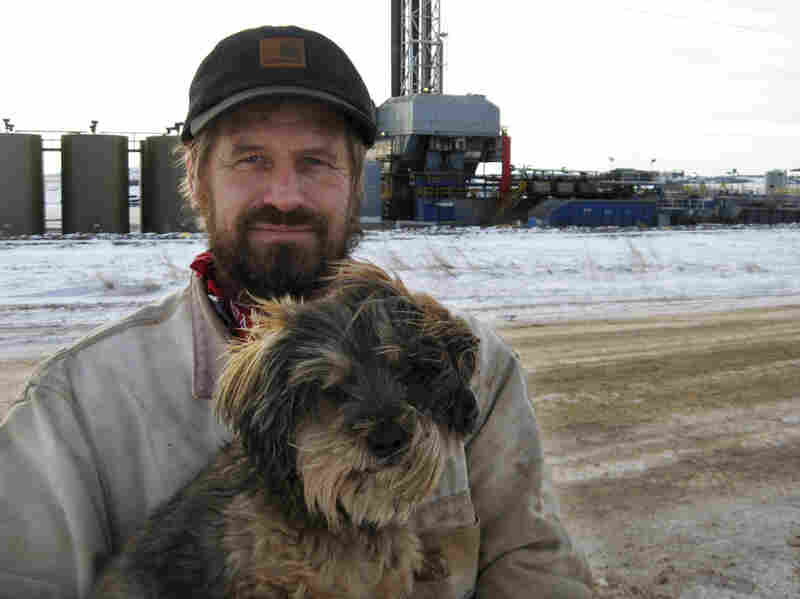 Donny Nelson with his dog Lucky. There are more than a dozen drilling rigs near his family's property. Jeff Brady/NPR hide caption 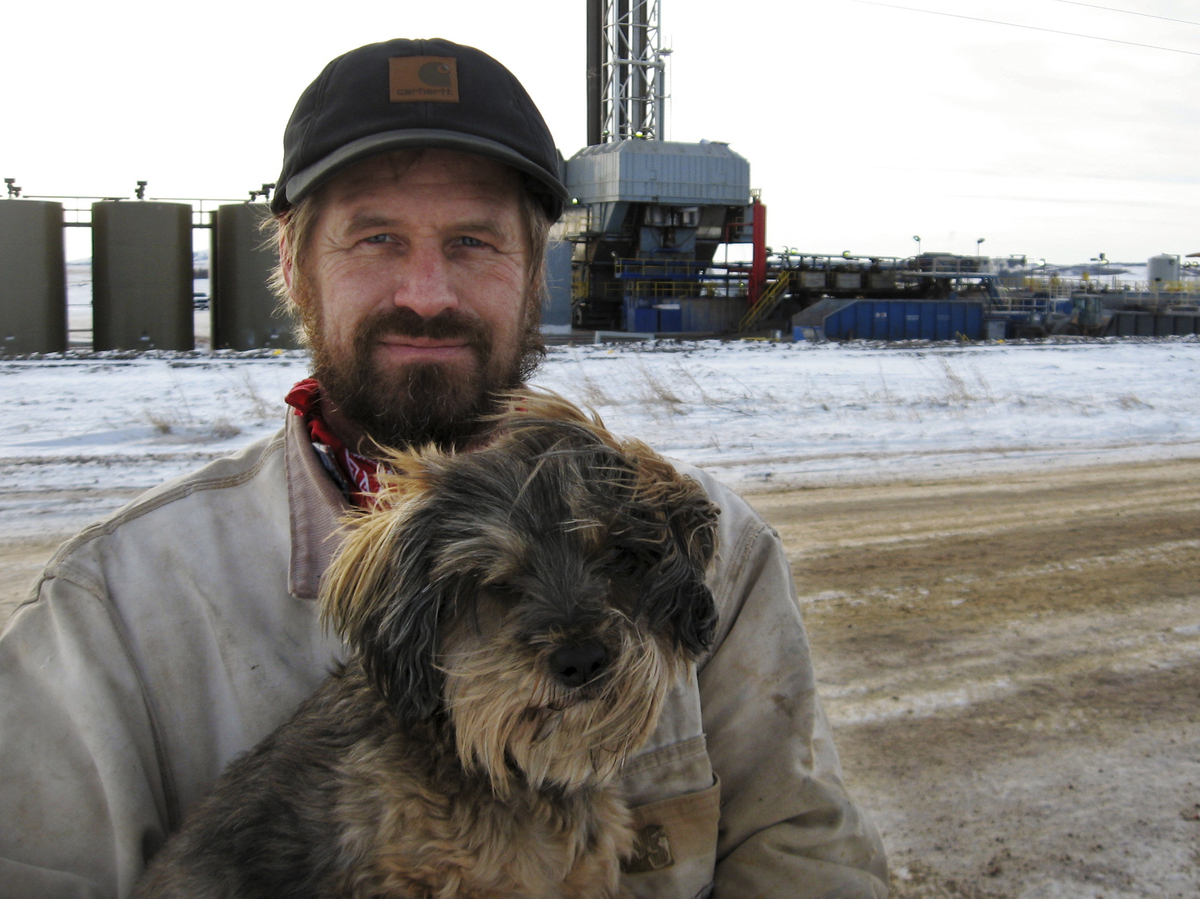 Donny Nelson with his dog Lucky. There are more than a dozen drilling rigs near his family's property.

But aboveground, you'll often find cattle or durum wheat. Many farmers and ranchers have benefited from the oil rush — some are even getting rich. But the rise of the oil business has created some tension.

A short drive from Nelson's house, more than a dozen huge drilling rigs tower as tall as grain elevators over snow-covered fields. All those wells mean a lot more activity in a place that used to be very quiet.

Nelson says this has hurt a key indicator for his cattle business: fertility. Most of his herd had a 96 percent pregnancy rate this year, but that number was much lower in a field where oil-related construction was underway.

"I think it was because they run a pipeline straight dead through the middle of the pasture. They were young cows — should have been fine — and we only got about 55 percent on them," Nelson says. "They looked horrible when we brought them out of the pasture — they were skinny."

Farmers learned of another downside to the oil boom this past harvest season, when space on railroads was at a premium. The state's rail system was built for agriculture, but now it's also hauling oil — a lot of oil. That's squeezing farmers who rely on trains to ship their product.

"Earlier this month, [space on February trains] was trading at $3,000 a car," says Dan Mostad, grain marketing manager at Berthold Farmers Elevator in Berthold, N.D. "In normal times, February freight is worth around $150 a car."

The boom is also transforming rural towns long dominated by agriculture. Marilyn Hudson has lived most of her 77 years on the Fort Berthold Indian Reservation in Parshall, N.D. The oil rush, she says, has been a mixed blessing. 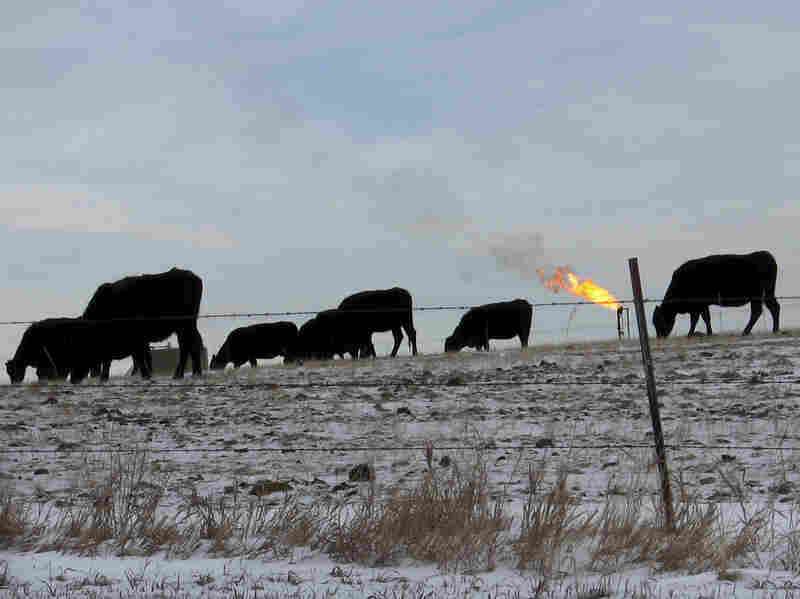 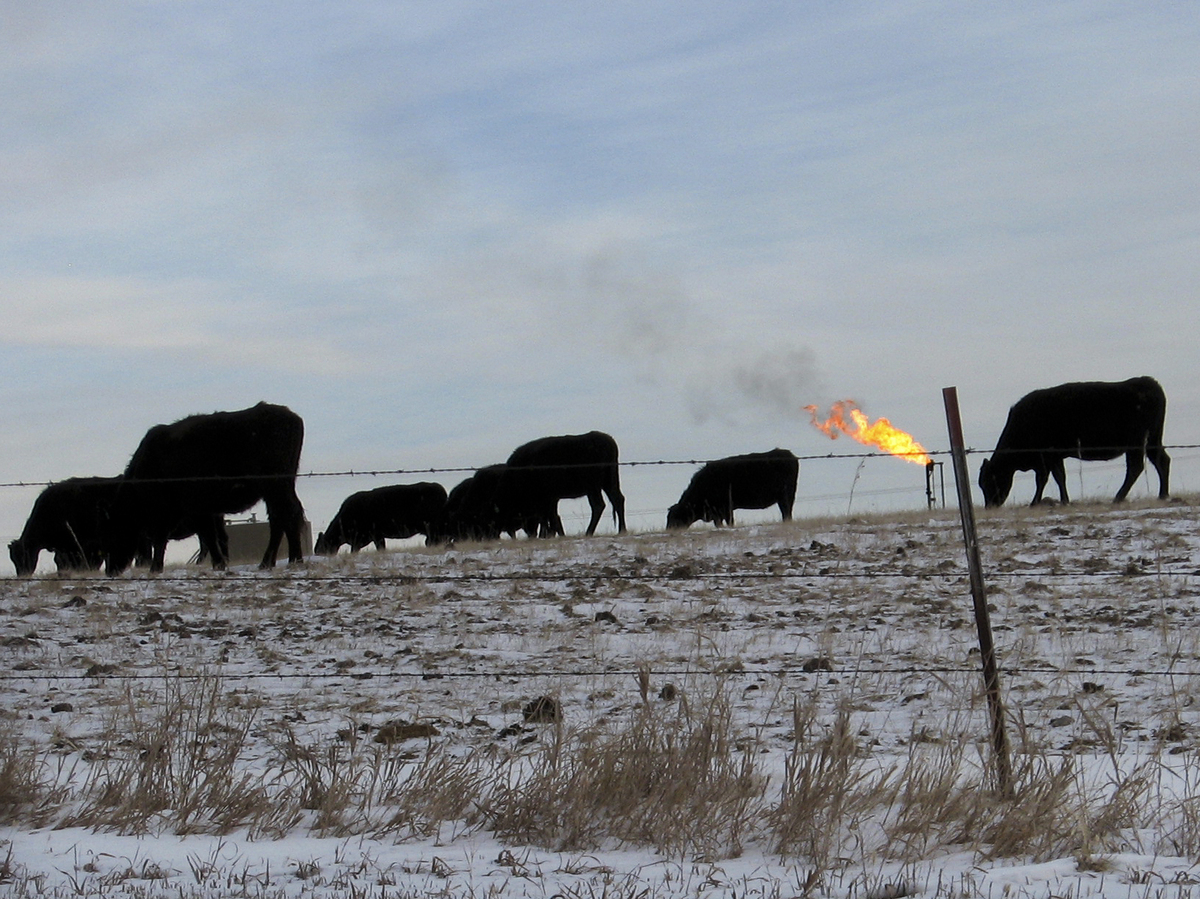 On one hand, it's bringing new life to towns that have struggled to grow, she says. "Sometimes you drive through a small town in North Dakota — especially western North Dakota — and all you find is a bar and a senior center."

That pretty much tells you who is left, she adds.

Hudson says Parshall was headed that direction, too, but now the two-lane highway nearby has a lot more traffic and there are plans for a big new hotel. All the activity has become a burden for some longtime residents, and Hudson says a few moved to Bismarck or even out of state.

"They say, 'We just don't want to put up with the dust, the traffic, the people.' So [the oil rush] has definitely changed the lifestyle," Hudson says.

'Most People Have Made Adjustments'

North Dakota's governor, Republican Jack Dalrymple, is a focus for many concerned about the effects of the drilling boom. Last year, some political opponents tried to launch a criminal investigation over oil industry contributions his campaign received. A judge dismissed their petition.

Dalrymple, a farmer himself, says the oil boom is helping agriculture in the state. Along with oil, drillers are producing a lot of natural gas, and that can be turned into fertilizer. 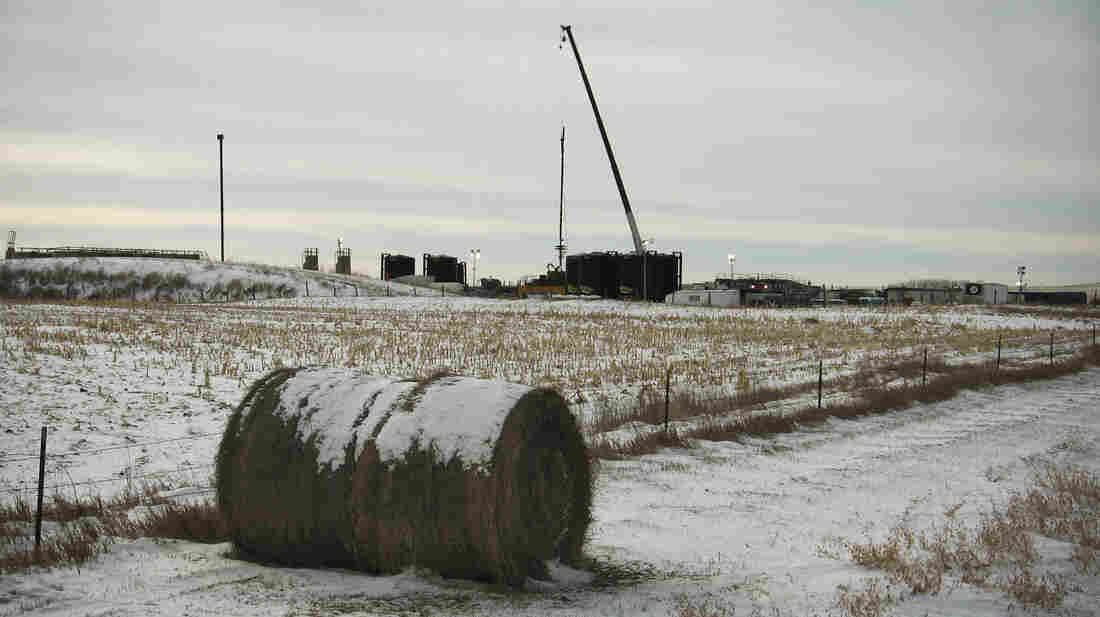 A drilling site rises from the middle of farmland near Fairfield, N.D. Many farmers and ranchers are profiting from the state's oil boom, but others complain that drillers are interfering with their business. Jeff Brady/NPR hide caption 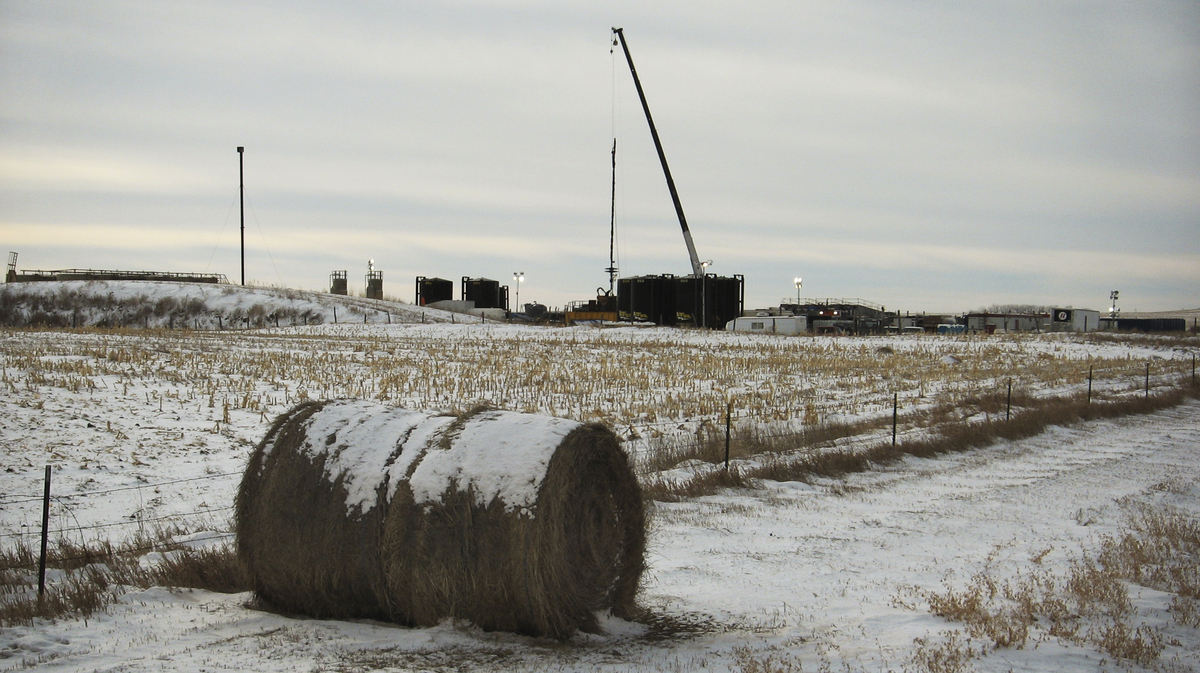 A drilling site rises from the middle of farmland near Fairfield, N.D. Many farmers and ranchers are profiting from the state's oil boom, but others complain that drillers are interfering with their business.

And Dalrymple points out that North Dakotans are becoming a lot richer. Per capita personal income in the state has more than doubled in the past decade to $54,871 per year, according to the U.S. Bureau of Economic Analysis. That's more than $11,000 higher than the national average.

Even farmers who don't own the rights to the oil under their land can earn extra money by charging drillers for using the surface. "On the whole, I think most people have made adjustments and are taking advantage of the situation," Dalrymple says.

Back on Donny Nelson's ranch, his family is earning royalties on the oil extracted from their land. But that extra money doesn't replace what's lost, he says.

"I just think that if people ever came here and looked at it — what it was before and what it is now — they'd be concerned. It's a unique area, changed forever now, probably," laments Nelson.

He says there's no sense in wishing the oil boom gone, though. It's here and apparently won't be going bust anytime soon.