Accessibility links
Book Review: 'An Officer And A Spy,' by Robert Harris Robert Harris' new An Officer and a Spy is a fictionalized account of the Dreyfus Affair — which, as critic Alan Cheuse notes, is tailor made for Harris' talents: there's an innocent victim at the center, a melodramatic villain, buffoonish military brass, crusading newspaper editors and a star turn from the novelist Emile Zola. 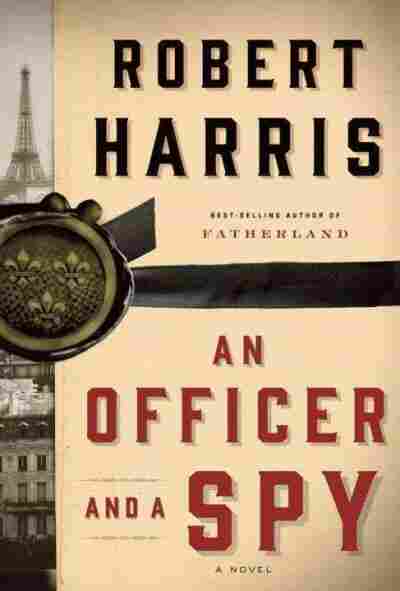 Title
An Officer and a Spy
Author
Robert Harris

For the historical novelist, the past sometimes seems like one great filing cabinet of material that may lend itself to successful novelization. And in the case of France's so-called "Belle Epoque," the gifted English writer Robert Harris seems to have opened the right drawer. His latest novel, An Officer and a Spy, is set during this period of peace and prosperity between the end of the Franco-Prussian war and the lead-up to the First World War. As commerce prospered and the military began to recover from its crushing defeat by Germany, France nurtured at its heart one of the world's great miscarriages of justice: the Dreyfus affair.

In 1895, Alfred Dreyfus, a Jewish military officer from eastern France, was tried and convicted on false charges of spying for the Germans, and sentenced to life in the brutal and primitive penal colony of Devil's Island off the coast of Venezuela. Two years later, exonerating evidence came to light, but the French Army quickly squashed it — leading to a massive public outcry. After a multi-year struggle, Dreyfus was fully exonerated and went on to serve with distinction in World War I.

The entire affair — the innocent Jewish officer at the center, the melodramatic villain of a soldier who turns out to be the actual spy, the operatically buffoonish military brass, the crusading newspaper editors and lawyers and famous novelist Emile Zola rising to the defense — couldn't have been more appealing to a popular fiction writer like Robert Harris. In An Officer and a Spy, he turns these matters into the stuff of entertaining and intelligent historical fiction, creating a long and deeply textured novel that will keep most general readers with an interest in espionage, politics, and justice reading through the winter. 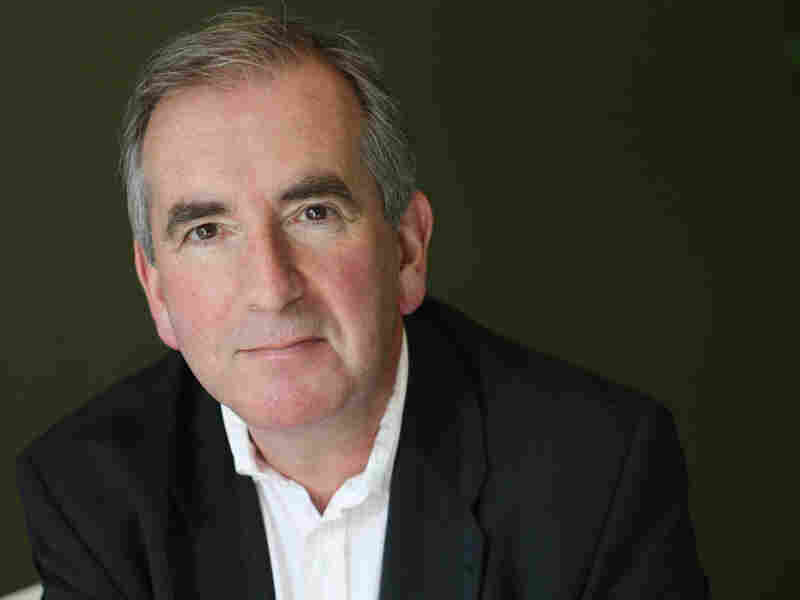 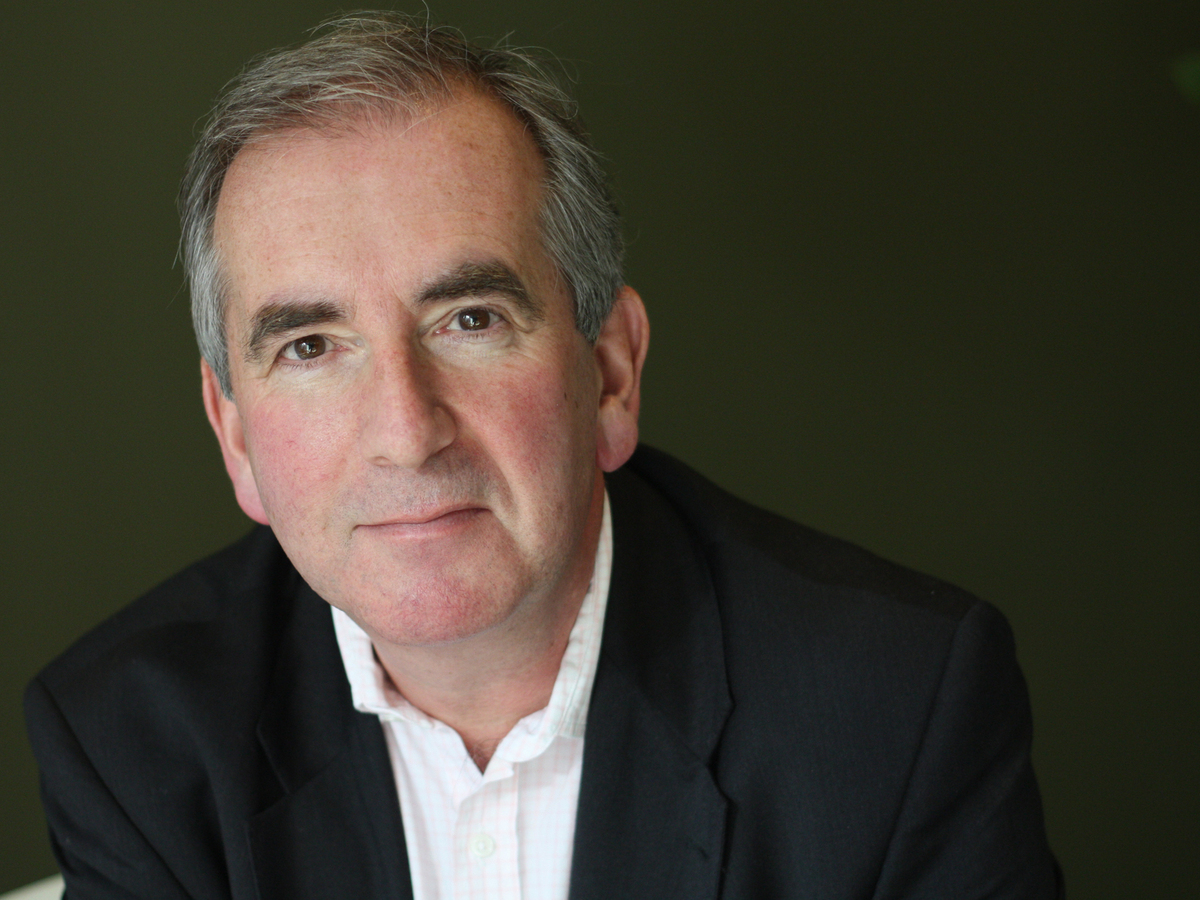 An Officer And A Spy is Robert Harris's ninth novel.

Harris chooses as his narrator the participant in these events with the sharpest sense of justice: the newly promoted Colonel Georges Picquart (a real and rather important character from French history). As the story opens, he's taking over command of the Statistical Section, the operations arm of the French Army's intelligence division. With this good soldier, a life-long bachelor "married" to his career, as our guide, we move through the boulevards and drawing rooms and dining rooms of Parisian society with an ease and pleasure associated with the high life, enjoying the gossip, the cuisine, the marriages and adulterous love affairs (including his own, with the wife of a senior official in the Foreign Ministry) of the Belle Epoque. Finding his new office a jumble of files and cash (for bribing informants), the new colonel goes about the business of putting his new command in order just as the events of the Dreyfus case come to light.

Picquart, as he himself puts it, soon learns his "first lesson in the cabalistic power of 'secret intelligence': two words that can make otherwise sane men abandon their reason and cavort like idiots." Despite evidence he unearths that suggests the real spy in the French military may be someone other than Dreyfus, his commanding officer, the at first quite sympathetic General Charles Arthur Gonse, orders him to cease his investigations. "This is an army," the general pronounces, "not a society for debating ethics. The Minister of War gives orders to the Chief of Staff, the Chief of Staff gives orders to me, and I give orders to you. I now order you formally, and for the final time, not to investigate anything connected with the Dreyfus case, and not to disclose anything about it to anyone who isn't authorized to receive such information. Heaven help you if you disobey. Understand?"

Robert Harris, In 'Fear' Of A Financial Frankenstein

From this point on, Picquart is putting his career, and even his life, in jeopardy, for the sake of seeking justice in the face of the army's cover-up, and the nation's divided emotions. Harris, in a way, seeks justice himself, as he creates a fascinating narrative that embraces both the personal and the historical matters of this period with an alacrity and freshness. And he strikes a path between the tangle of information and the excitement of historical sleuthing that keeps a reader in a constant state of attention.

Because Harris has depicted Picquart's story from the inside out, we get to feel the personal astonishment and outrage at the miscarriage of justice and his dedication to right the wrong. When Picquart hands his lawyer an envelope — to be opened only in the case of his death — addressed to the President of France and containing all the information he has garnered to prove Dreyfus innocent, he can see that his friend thinks he's being quite melodramatic, the envelope perhaps "the sort of device one might encounter in a ... 'thriller.'" Says Picquart, "I would have felt the same until a year ago. Now I have come to see that thrillers may sometimes contain more truths than all of Monsieur Zola's social realism put together."

At least while reading this engaging new historical thriller, you'll find some truth in that.

Read an excerpt of An Officer and a Spy