Accessibility links
Much Of North Dakota's Natural Gas Is Going Up In Flames Drillers pumping oil on the Great Plains are also producing a lot of natural gas. But the state doesn't have the infrastructure to transport or store it, so much of that gas isn't being sold — it's being set on fire.

A remarkable transformation is underway in western North Dakota, where an oil boom is changing the state's fortunes and leaving once-sleepy towns bursting at the seams. In a series of stories, NPR is exploring the economic, social and environmental demands of this modern-day gold rush.

North Dakota's oil boom isn't just about oil; a lot of natural gas comes out of the ground at the same time. But there's a problem with that: The state doesn't have the pipelines needed to transport all of that gas to market. There's also no place to store it.

In many cases, drillers are simply burning it.

"People are estimating it's about $1 million a day just being thrown into the air," says Marcus Stewart, an energy analyst with Bentek Energy. Stewart tracks the amount of gas burned off — or flared — in the state, and his latest figures show that drillers are burning about 27 percent of the gas they produce.

While that percentage has been declining, Stewart says the overall amount of wasted gas is still rising as more oil wells are drilled.

More From The Oil Rush Series

"It's significant because we don't really see anything like that anywhere else in the country."

Part of the problem is the energy industry's focus. As drillers arrived to tap the riches of the Bakken shale formation under western North Dakota, they were looking for oil, not natural gas.

Now that they've found gas, it's taking time and money to build the pipelines and processing plants to use it. Meanwhile, infrastructure for the oil rush needs to be built, too, and oil prices are relatively high, while natural gas prices are really low. That means companies are investing in oil infrastructure first.

"Where would your emphasis be?" asks Ron Ness, president of the North Dakota Petroleum Council. "If you've got a barrel of oil that's worth $95 and you've got [1,000 cubic feet] of gas ... that's worth $4.25, which infrastructure would you build first?"

Ness says $6 billion has been spent on new plants and equipment so far, but it's not enough to keep up.

Don Morrison, executive director of the Dakota Resource Council, suggests a solution: Slow down the drilling boom until that infrastructure is in place.

"The flaring problem wouldn't have been a problem had we had a state government [making] sure that oil was developed in a way that didn't impact the people who live here and the land and the water," Morrison says.

Drilling in North Dakota is regulated by the state's Industrial Commission, made of up Republican Gov. Jack Dalrymple, the attorney general and the agriculture commissioner.

Critics say Dalrymple is too cozy with the oil industry, but even the governor thinks burning more than one-quarter of the natural gas is a problem. 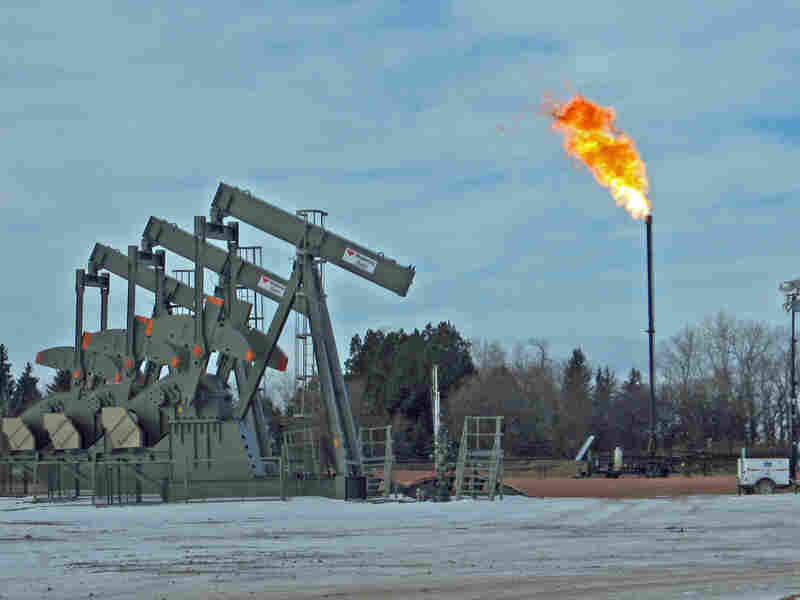 Gas flaring near Keene, N.D. Analysts estimate that almost 30 percent of the gas being produced in the state is burned off. Jeff Brady/NPR hide caption 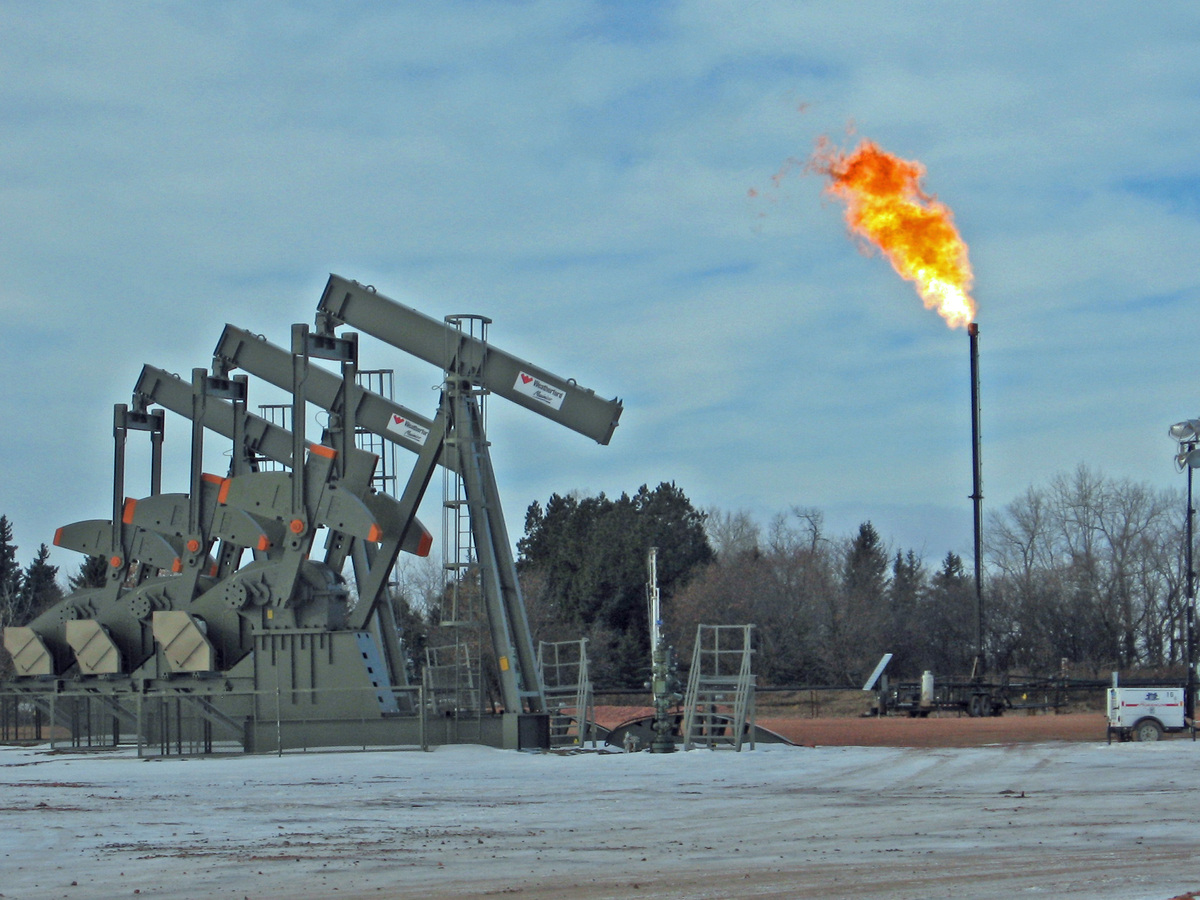 Gas flaring near Keene, N.D. Analysts estimate that almost 30 percent of the gas being produced in the state is burned off.

"That's more flaring than we would like, and we are working very, very hard to get the percentage of flaring down," Dalrymple says. He points out that an industry task force is working on the issue. "The gas processing companies are building plants really as fast as they can."

Now another interest group is weighing in on the issue: royalty owners. These are the people who own the rights to the underground oil and gas. When gas is wasted, they lose money. Some of them have filed class-action lawsuits against oil companies. NPR contacted four of those companies, but all declined interview requests.

Sarah Vogel is one of the plaintiffs and also a former North Dakota agriculture commissioner. She owns a farm on the Fort Berthold Indian Reservation. "It is fabulously beautiful and windswept. ... We just got electricity last year, and running water," she says.

It used to be quiet and dark at night, Vogel says. "We'd just see the stars. Now, at night, we see flares."

Derrick Braaten, an attorney in Bismarck, N.D., who is representing Vogel, says the lawsuit is essentially "requesting that the royalty owners be paid their royalties on the gas that has been flared."

He says that could amount to tens of millions of dollars in gas — gas that's now being wasted amid North Dakota's rush for oil.