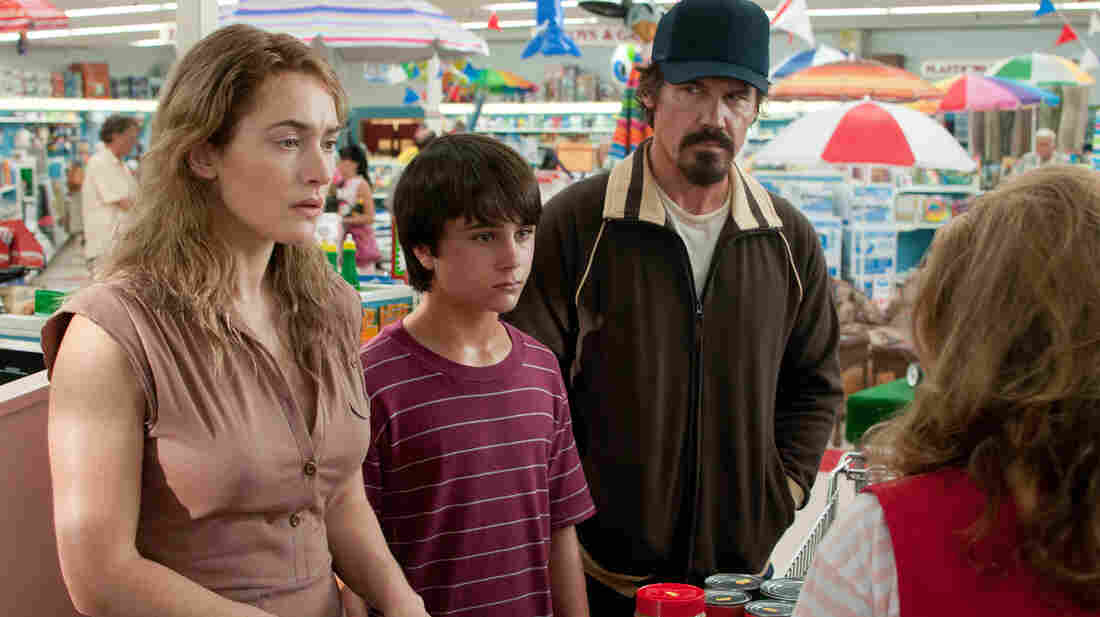 Depressed single mother Adele (Kate Winslet) and her son, Henry (Gattlin Griffith), give the wounded and desperate Frank (Josh Brolin) a ride, only to realize that Frank is an escaped convict being hunted by local police. Dale Robinette/Paramount Pictures and Indian Paintbrush hide caption 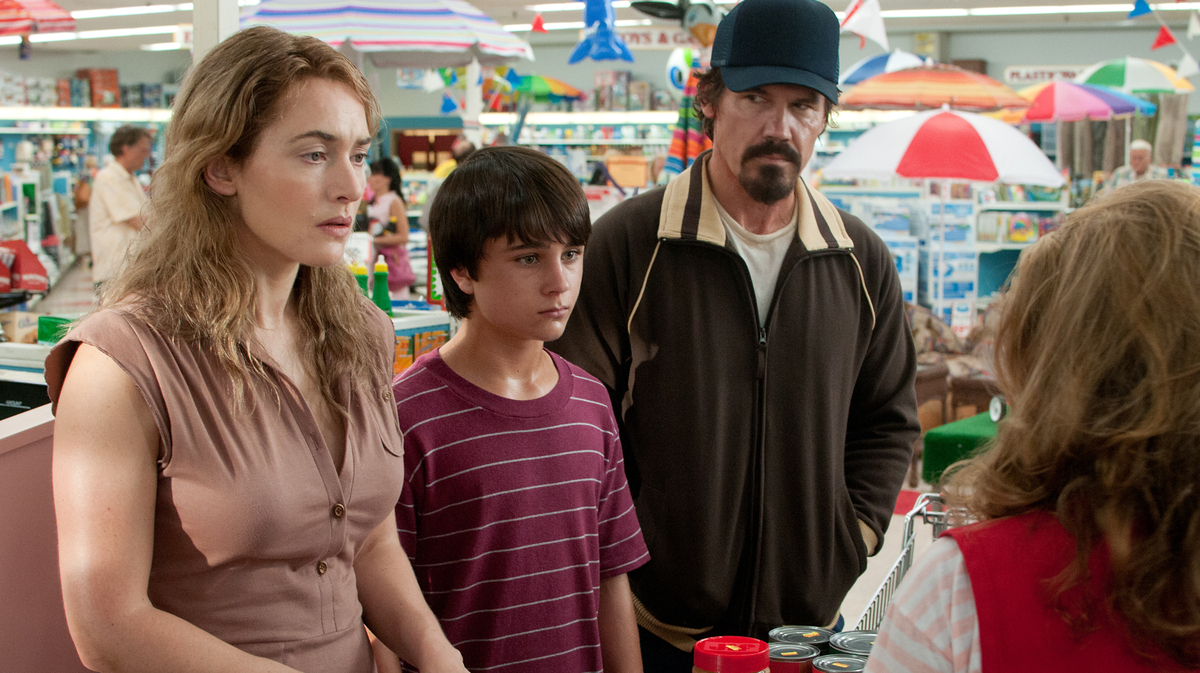 Depressed single mother Adele (Kate Winslet) and her son, Henry (Gattlin Griffith), give the wounded and desperate Frank (Josh Brolin) a ride, only to realize that Frank is an escaped convict being hunted by local police.

So here's the setup: It's 1987. Frank, a convicted murderer, has escaped from a New Hampshire prison, and he's holding Adele, a fragile divorcee, and her 12-year-old son, Henry, captive in their own house until they eat his chili.

Turns out it's good chili — so good that it inspires Adele, whom the handsome convict has tied up very gently and tenderly, to reminisce about a conversation she and her son had about his sex education class. Seriously, it's some good chili. And did I mention that Frank is handsome?

Later, Adele will free herself, and Frank — who must've been a big help around the prison — will start doing household chores. Changing the oil in the car, replacing the filter on the furnace, washing the floor and waxing it, teaching Henry (whom he calls Hank) to throw a baseball.

All of which is nothing next to what happens when a neighbor leaves a brimming bushel basket at their door. Soon he and Henry and Adele are all plunging hands into a big bowl of cut peaches — massaging them into submission, I guess.

At which point Frank says, "What I want to talk about is crust," and there's another montage of hands smushing sugar, flour and butter. Dough is rolled and piled high with filling, with half reserved for the moment when Frank guides Adele's hands toward the pie plate and together, they, in his words, "put the roof on this house."

At this point, Tobey Maguire — who appears in the film only as the voice of an adult Henry — tells us that Adele's "hands started shaking beyond her control."

And who could blame them? Hilarious, right? Except the movie is entirely straight-faced. I kept thinking, "The guy who made Juno made this? The guy who made Up in the Air?" It's the sort of overcooked melodrama that used to be called a "woman's picture," though no one would call it that now for fear of insulting women.

Kate Winslet trembles vulnerably as Josh Brolin does the studly perfection thing, making it seem that all any woman really needs around the house is a convicted murderer. The filming is as polished as you'd expect from Jason Reitman, and parts of the picture are reasonably suspenseful. (Mostly that's because the music keeps having conniptions every time Brolin comes into a room, but also because kidnapping stories rarely work out well.)

Labor Day may be filled with autumn's falling leaves, but it makes sense that they're bringing it out as a prelude to spring, for the sap — and I do mean sap — is rising.