Accessibility links
I Like Big Trucks And I Cannot Lie: Cars, Trucks, And The Lady Brain A recent survey says women like men who drive pickup trucks. We dig deeper. (Well, of course we do.)

I Like Big Trucks And I Cannot Lie: Cars, Trucks, And The Lady Brain

I Like Big Trucks And I Cannot Lie: Cars, Trucks, And The Lady Brain 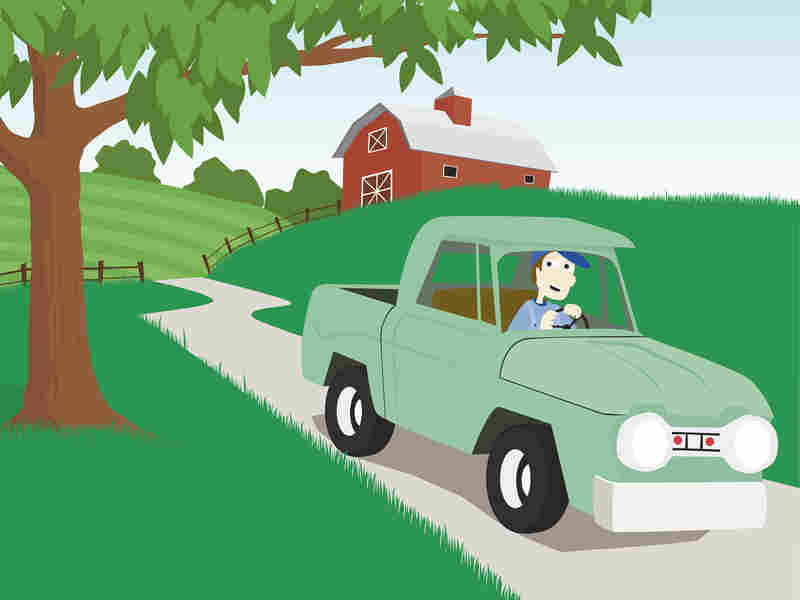 Try not to get too excited, ladies. John Morris/iStockphoto hide caption 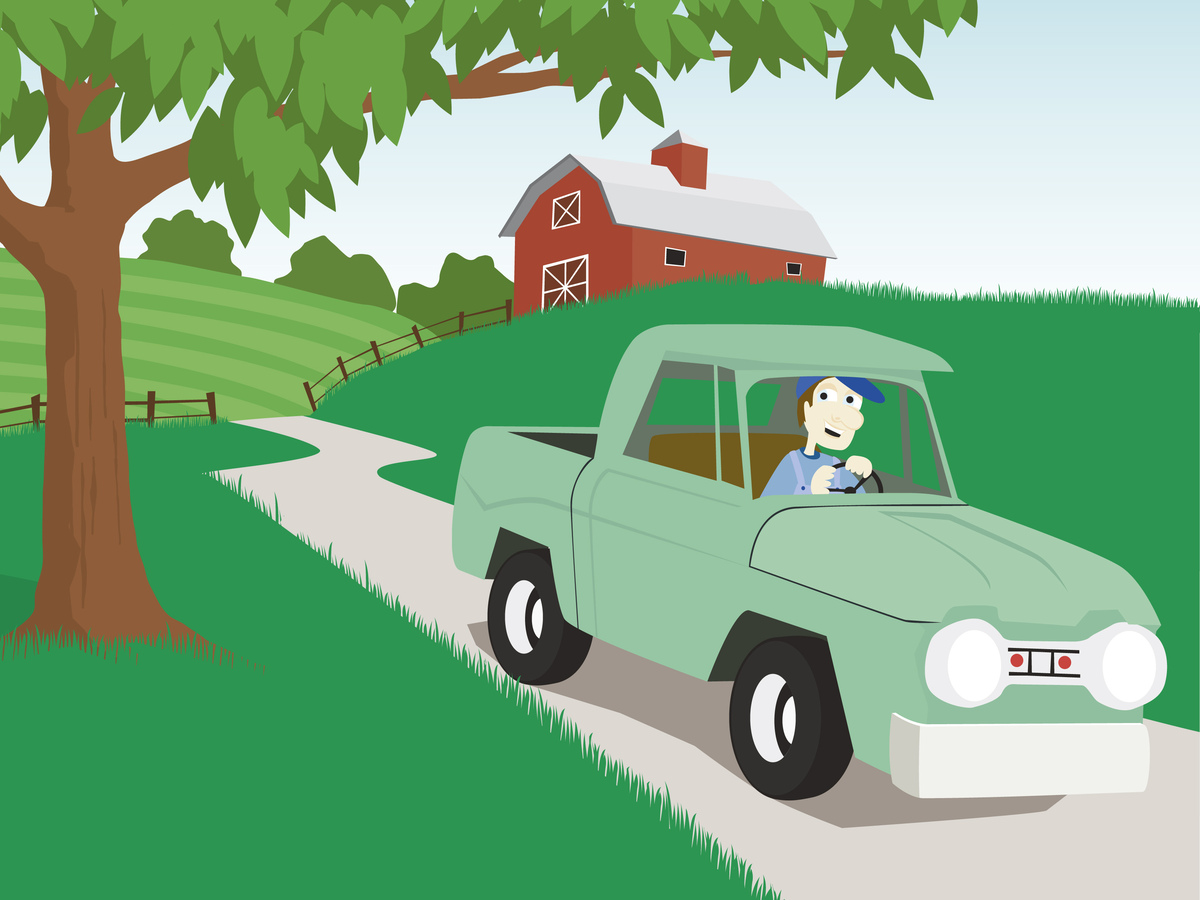 Try not to get too excited, ladies.

You know, when it comes to studies about how women think, I must admit that I always plunge in with great and girlish (!) excitement, because as much as the stereotyping may officially bother me, let's face it: there is part of me that thinks, "Oh, this is going to be good."

That's how I felt about the headline, "Study: Women most attracted to guys in trucks." Ooooh, tell me more, Yahoo Car And Truck Section! I am on pins and needles. (And in heels, metaphorically speaking.)

Well, it turns out that Insure.com, which specializes in providing insurance quotes and is brimming with expertise about psychology and gender roles, asked 2,000 men and women what kinds of cars attractive people drive. Gamely going along with the idea that hot people drive certain kinds of cars (to me, it's a little bit like being asked how tall people take their coffee, but whatever), the respondents offered up some wisdom. Or should we say, "wisdom."

It turns out that women think desirable guys drive — in this order — pickup trucks, sports cars, SUVs, sedans, hybrid/electric cars, UPS trucks, minivans, and mail trucks. Now it goes without saying that the most hilarious part of this data is that minivans are between UPS trucks and mail trucks. Whoever missed the opportunity to make the headline, "Women say dudes in minivans hotter than dudes in mail trucks, uglier than dudes in UPS trucks," you are fired. FIRED.

This is a study, for real, that imagines that a group of women are sitting around, Sex And The City-style (the only way women do anything according to studies like this), and one of them says to the other one, "My new boyfriend drives a minivan." And everybody makes a little face. You know, they're all judging. Like we do. And then another one says, "My new boyfriend drives a UPS truck." And everybody else goes, "Well, GAME SET MATCH, I cannot compete with that."

Men provided this list in order, from hottest to least hot: sports cars, sedans, SUVs, pickup trucks, hybrid/electric, minivans. Ladies who deliver things, you are not even included. Packages, mail, whatever — unless it's kids to soccer practice, your delivery routine makes you un-hot. Off the hotness scale!

Let's turn it over now to Joe Wiesenfelder, executive editor of Cars.com, who is here to explain why these survey results seem "very accurate." Joe says that — and I am quoting Joe directly here, lest you think I have made Joe up and he is a puppet I am operating made out of popsicle sticks and old copies of Cosmopolitan — "A woman walks up to a black pickup truck and says to herself, 'Here's a guy who can help me move, bring me large gifts from Crate & Barrel and do repairs around my condo.'"

Joe! Joe! You have cracked the code! It's true. Women do not actually mean "hot" when they say "hot." They don't mean lusty hot, or symmetrical-face hot, or big-shoulders hot. They mean "transported a bar cabinet to my door on his back" hot. They mean "carried a couch" hot. They mean "oiled my hinges" hot. (Hey. HINGES AT THE IMAGINARY CONDO. Don't be gross. This is for science.)

Joe goes on to clarify that women also like a clean black pickup truck, because it means that the guy washes his own car, and therefore will also wash the woman's car. That's right. We may have jobs, we may have our own incomes and retirement funds and condos in our own names in need of repair, but driving through a car wash is too much to ask. Maybe we're confused: Are we supposed to drive forwards or backwards? What's all this water? WHAT ARE THESE SHEEPDOG THINGS WHIRRING AGAINST MY WINDOWS? I need a guy with a clean black pickup truck to wash my car for me. Hey, there's one now! My car is dirty! Come date me, Captain Pickup!

(I'm not going to lie: if I met a guy who called himself "Captain Pickup," I might have dinner with him, just out of respect.)

Joe has an idea, too, about why men express a preference for women in BMWs, and he explains it in terms of his own feelings as a single dude: a high-performance BMW means she's rich ("I don't want to carry the entire relationship") and she's not a nag about his super-fast driving.

From here, we move on to Edmunds.com editor Mike Magrath and senior analyst Jessica Caldwell. Mike has a slightly simpler idea about the appeal of a truck that is not dependent on the idea that women spend most of their time asking men to move furniture: it's "rugged," Mike says. What, nothing about how if it's clean, the guy will wash my car for me? Hmph.

Jessica, meanwhile, points out that there are women who like a "more cosmopolitan" type of fellow in a Range Rover or Tesla. But she doesn't want to see a guy in what she calls "chick cars." She actually says that she would think twice about dating a guy who drove a VW Beetle because telling your friends about him would be "humiliating."

(I kind of get a feeling that Joe and Jessica should get coffee, because they have been watching, or living vicariously through, the same movies about the same kinds of women.)

There are some other findings as well, such as Men Hate Dents and Ladies Are Bothered By Loud Exhaust. And in the end, Joe says, "Your car always reflects something about you. You don't always know what, but it must reflect something."

Hey, is that your mail truck? Roooowwwwr.