Accessibility links
SpaceX Could Give Struggling Texas City A Boost The FAA is poised to decide whether to grant the space company a launch license. If it does, SpaceX could build its first commercial orbital launch facility near the border city of Brownsville. The prospect of living in the world's newest aerospace hub has stirred a buzz among locals. 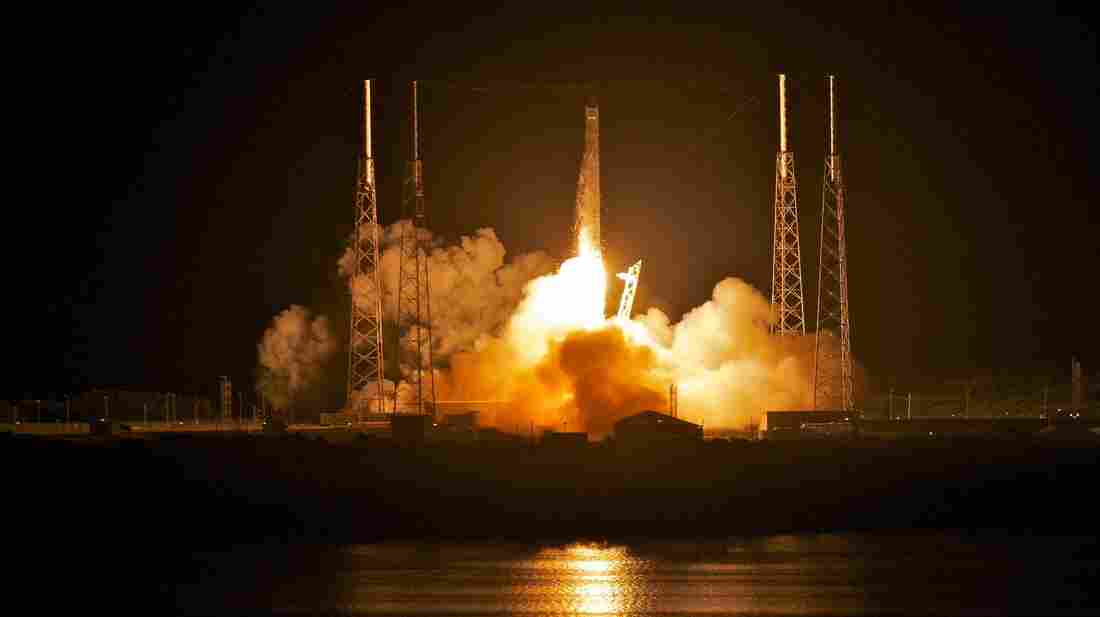 SpaceX's Dragon spacecraft atop rocket Falcon 9 lifts off from Cape Canaveral in Florida in May 2012. The launch made SpaceX the first commercial company to send a spacecraft to the International Space Station. Roberto Gonzalez/Getty Images hide caption 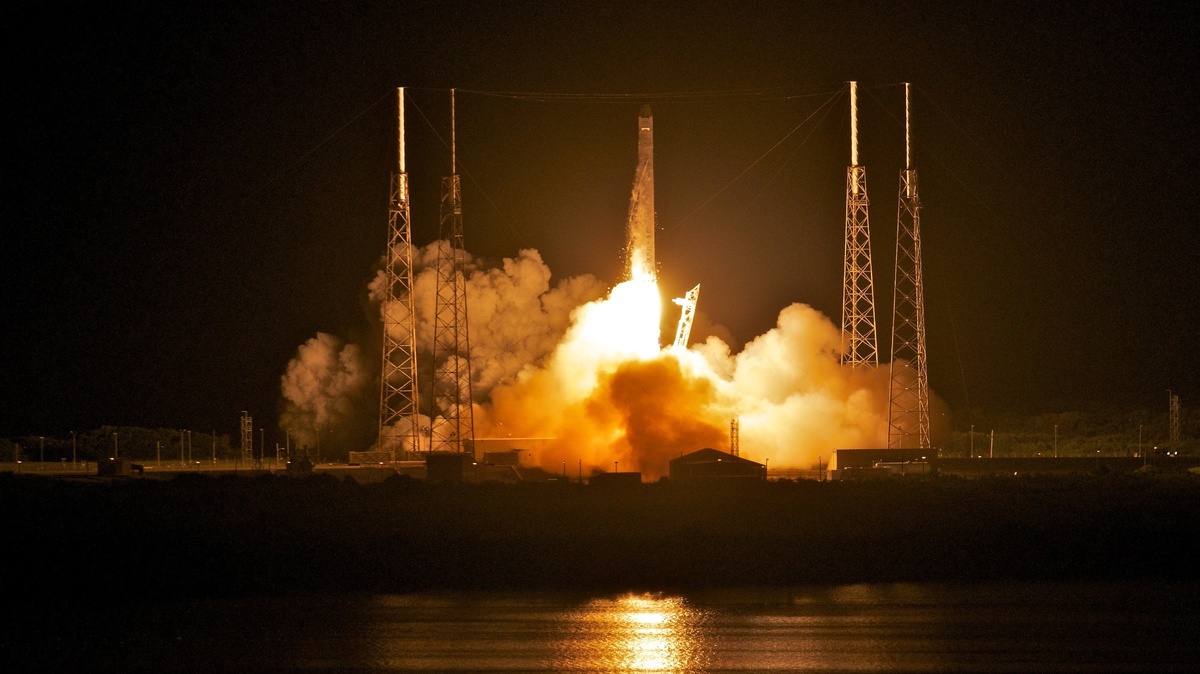 SpaceX's Dragon spacecraft atop rocket Falcon 9 lifts off from Cape Canaveral in Florida in May 2012. The launch made SpaceX the first commercial company to send a spacecraft to the International Space Station.

The space company SpaceX has identified a remote spot on the southern tip of Texas as its finalist for construction of the world's newest commercial orbital launch site.

The 50-acre site really is at the end of the road. Texas Highway 4 abruptly ends at the warm waves of the Gulf surrounded by cactus, Spanish dagger and sand dunes.

"Right there," Salinas continues, gesturing to open coastal prairie, "you would have the actual launchpad itself where [they would erect the rocket] — and then off into space it goes."

SpaceX has been sending up its rockets at Vandenberg Air Force Base in California and Cape Canaveral in Florida. Now they want a place to call their own, and it turns out that this lonely patch of coastland only three miles north of Mexico is a sweet spot for orbital spacecraft launches.

"We need to be able to launch eastward, and we want to be close to the equator," SpaceX CEO Elon Musk told South by Southwest in Austin last year. "If things go as expected, it's likely we'll have a launch site in Texas, which would be really cool."

Eager to make this deal work, Texas has offered SpaceX a $15 million incentive package, and the Legislature passed a special law that would close the public beach during launches. The FAA is now in its final fact-finding and public-comment phase to decide whether or not to grant a launch license to SpaceX (the company's full name is Space Exploration Technologies Corp.).

Other federal agencies have weighed in. The National Park Service is concerned that rocket launches will disturb the "viewshed" of nearby Palmito Ranch Battlefield, the site of the last land battle of the Civil War. And the U.S. Fish & Wildlife Service owns a wildlife refuge on the fence line of the proposed launch site.

Fish & Wildlife spokesperson Lesli Gray says the tidal flats, thorn scrub and adjacent Gulf waters are home to 10 endangered species, "including the ocelot and the aplomado falcon and Kemp's Ridley sea turtle. We obviously are looking at what the potential impacts are, and we've been working with SpaceX to minimize any impact from the SpaceX facility being there."

The agency is concerned that increased noise, traffic, light, stormwater runoff and human activity will disturb the wild things in the neighborhood. But in an environmental impact report completed last month, the agency concludes that SpaceX is "not likely to threaten their continued existence."

Other curious species down here that will be affected by the nighttime launches can speak for themselves.

"We bought here because it's a nice, peaceful place," says Jim Workman, a retired truck driver who lives in a subdivision across the road from the SpaceX site. "But now it's going to be a lot busier, a lot more loud, a lot more, you know, congestion. I guess it's something that Texas wants and Brownsville wants, so we'll have to go along with it."

Boca Chica Village, where he lives, is home to winter Texans who flee subzero weather for these small brick homes in balmy Boca Chica, which is about 20 miles from Brownsville. His neighbor, Ed Schumann, is also a retired Minnesota trucker, but he is of a different opinion.

"I like rockets," he says from under the hood of his dune buggy. "I watch 'em on TV when they shoot off and go to the moon and wherever." He concludes with an approving grin, "That'd be fine with me, I mean, I got nothing against that. That's good." 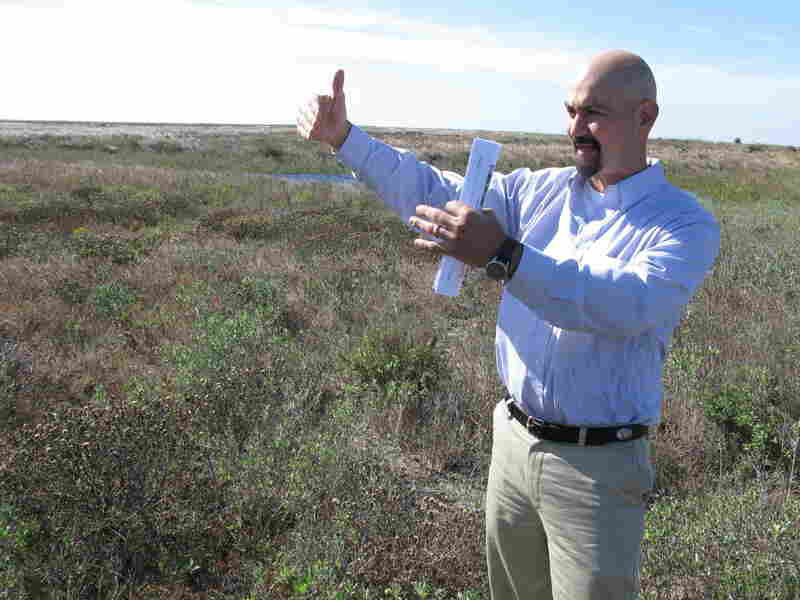 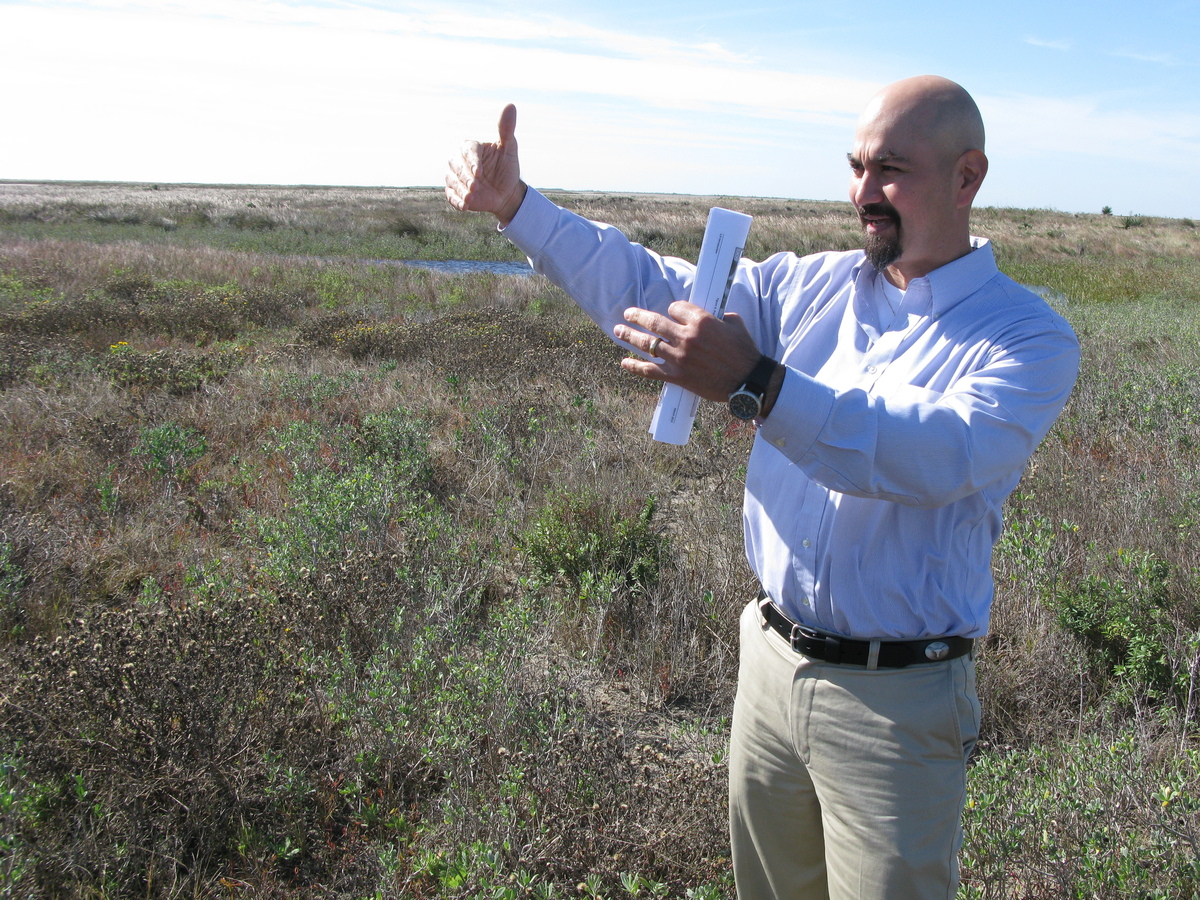 "A project of this magnitude and of this significance is a game changer for — especially for a region like ours," Salinas continues. "Brownsville, Texas, is one of the poorest regions in the U.S."

The SpaceX project has raised hopes for young people like Louis Dartez, a 22-year-old physics graduate student at the University of Texas, Brownsville. Dartez says growing up in the tip of Texas, ambitious students like him learn a hard lesson.

"And that's quite simply put as, 'Get the heck out of Brownsville.' Whatever you do, if you don't leave the first time an opportunity presents itself, you never will. All of this and much more could change with SpaceX having a presence down here."

Dartez, for one, has already submitted his resume to SpaceX. The FAA's final decision on the company's proposed launch site is expected later this year.