Accessibility links
How One Woman's Faith Stopped A School Shooting Antoinette Tuff prevented a mass shooting at an elementary school last year by calming down the mentally ill gunman. Tuff speaks with host Michel Martin about her new memoir Prepared for a Purpose, and that fateful day in Georgia. 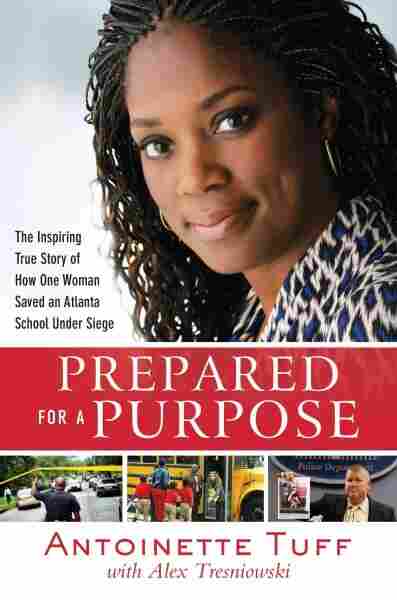 Prepared for a Purpose

by Antoinette Tuff and Alex Tresniowski

Antoinette Tuff says her faith guided her through the scariest moment of her life. On Aug. 20, 2013, she was working in the front office of the Ronald E. McNair Discovery Learning Academy in Decatur, Ga., when a 20-year-old gunman stormed in with an AK-47 assault rifle and 500 rounds of ammunition.

While on the phone with police, Tuff calmed the gunman down. More than 800 students and 100 employees were at the school that day; not one was injured. Later, she was publicly recognized by everyone from her pastor to President Obama.

Now she's out with a memoir, Prepared for a Purpose: The Inspiring True Story of How One Woman Saved an Atlanta School Under Siege. In it, she shares what was actually going on in her mind on that day and what led up to it.

On when the gunman came into the front office

I was actually helping a teacher. And so when he looked up, you know, I seen [sic] him dressed in all black. Didn't really think of it anyway. Really thought it was a joke, until he proceed [sic] out of his mouth to say, 'This is not a joke. This is for real,' and told us to go and let everyone know that this is not a joke.

On remaining calm on the outside

I was screaming and terrified on the inside. I didn't even know I was calm until everybody kept saying that. And so what I did is I went back to listen to the 911 tape to see exactly what I was saying and how calm I was. And to be honest with you, I didn't even recognize my own voice. And so I knew at that moment that it was God that guided me through that day.

All of us have a purpose in our life. And so God prepares us all for one. That day was very important for me that every word that proceeded out of my mouth at that point in time could be life or death, not only for me and Michael Hill [the gunman], but for everyone in that building. And so I knew that that was the moment that I had to make sure that everything that I heard God say to me, was what I came out of my mouth with.

On personal obstacles before the gunman arrived

I had just lost my husband after 33 years, a man that I had been with since I was 13 years old, a man that I put before myself, a man that I love before myself. What he did is he actually came and told me, months before that, that he was actually leaving to be with another woman. So this woman was just like Michael Hill. The only difference in her and Michael Hill was Michael Hill had a gun. And she didn't. But she still came and did more damage than he did. She came to steal, kill and destroy. And destroy my family. 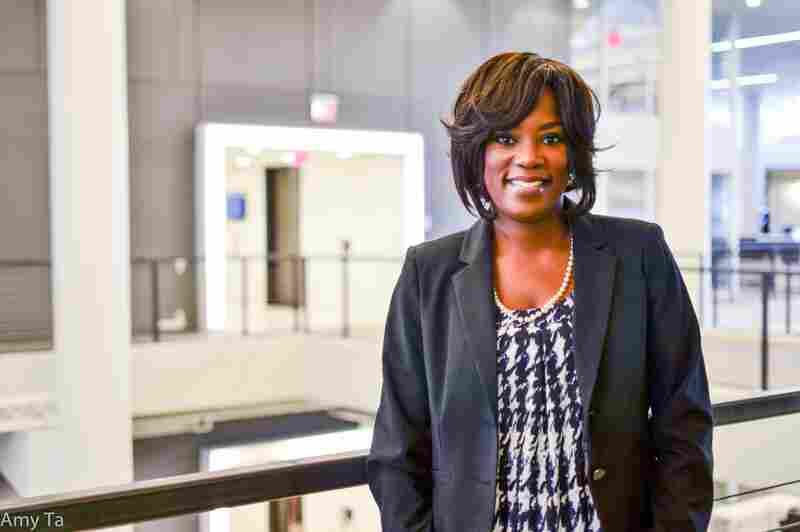 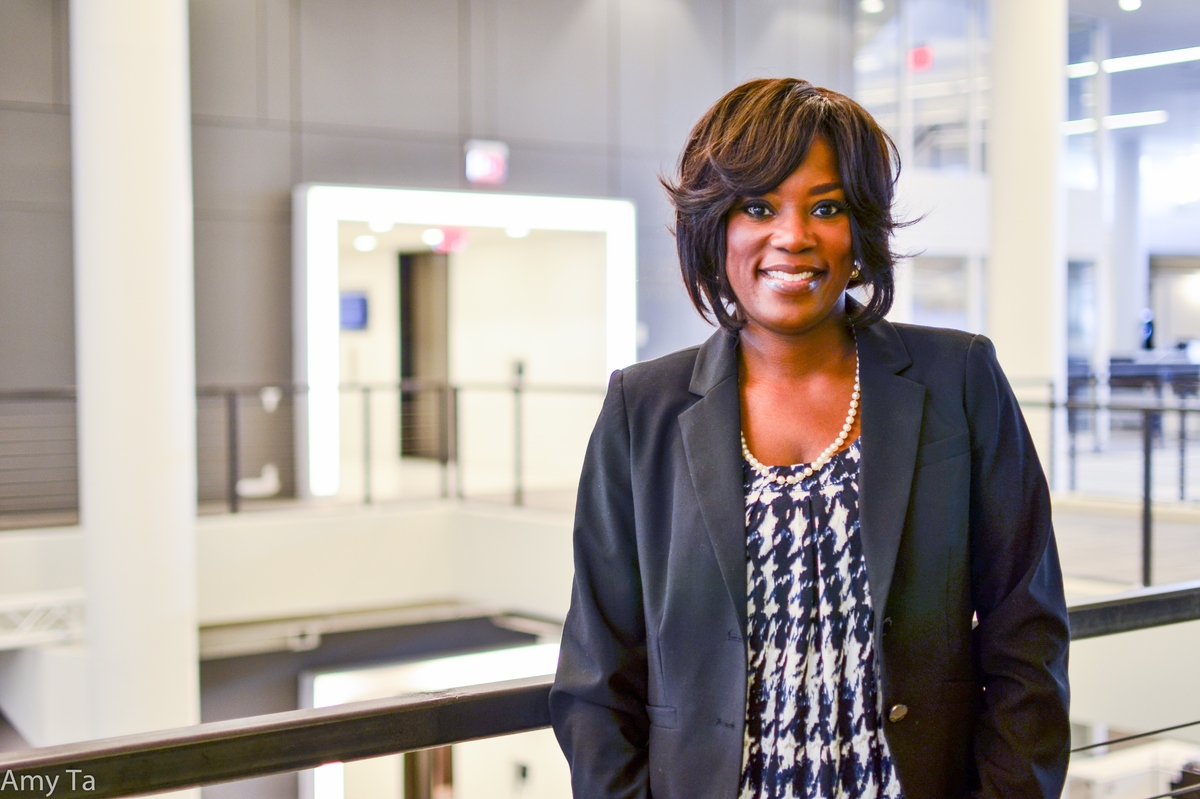 I had just gotten a phone call to tell me that I was in the process of losing my car, and they wanted me to give them almost $15,000. And I knew that I didn't have that kind of money to give. But on the other side, I knew that I needed my car to be able to get to work every day. ... And it was overwhelming, because not only did I lose my husband at that time, I lost his salary too. So before I got there [the seat at the front office], I got that call and it was very overwhelming for me. I was in tears and screaming out, 'God help me!'

On why she never mentioned that Michael Hill is white, and she is African-American

On whether she questioned her faith

No, 'cause I was too terrified to question him. I needed him to talk every minute he was there. I was calling on him more than I'm calling on him any day. I was like, 'God, what we going to do now [sic], what we going to do next, what do I say, how do I say it?' 'Cause remember now, he had already shot a bullet right there in front of my face, in the office, and it ricocheted. I'm sitting there literally watch [sic] him unfold mentally. You know, spraying bullets everywhere, loading up the magazines, you know loading bullets in his pockets everywhere. I'm actually seeing him self-destruct right there. So I knew that the power of my words had to be powerful.

On what she hopes people will learn from her story

On healing from the pain

Do I feel more healed than I did on August the 20th? Yes. Am I completely there? No. You can't have an AK-47 in your face and lose a marriage after 33 years and don't feel [sic].