Sing Out: A Concert Celebration Of Pete Seeger

Sing Out: A Concert Celebration Of Pete Seeger 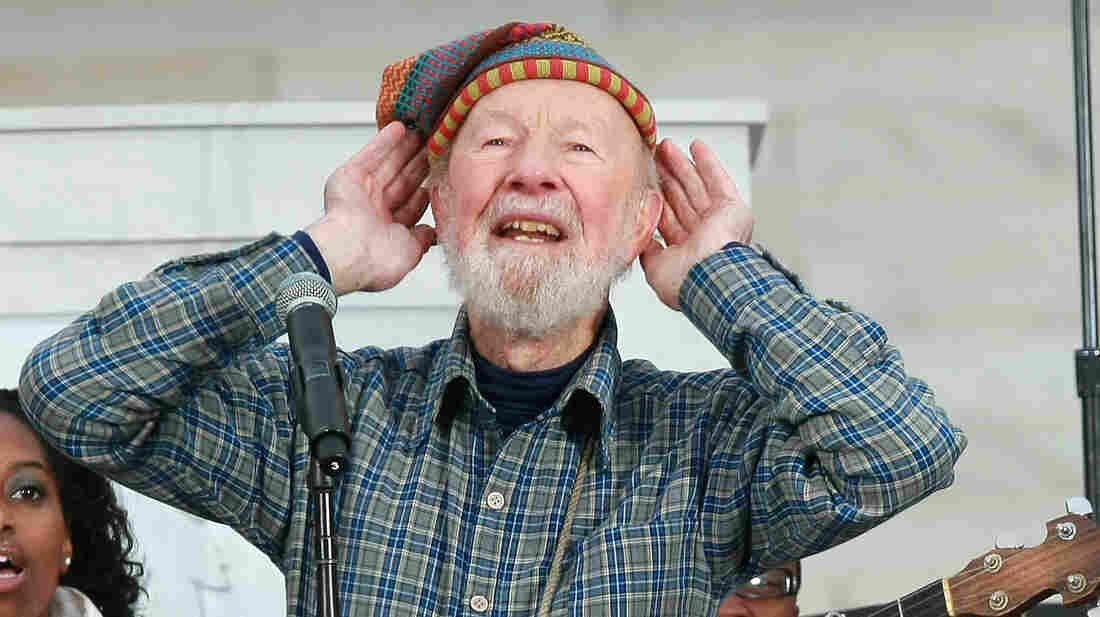 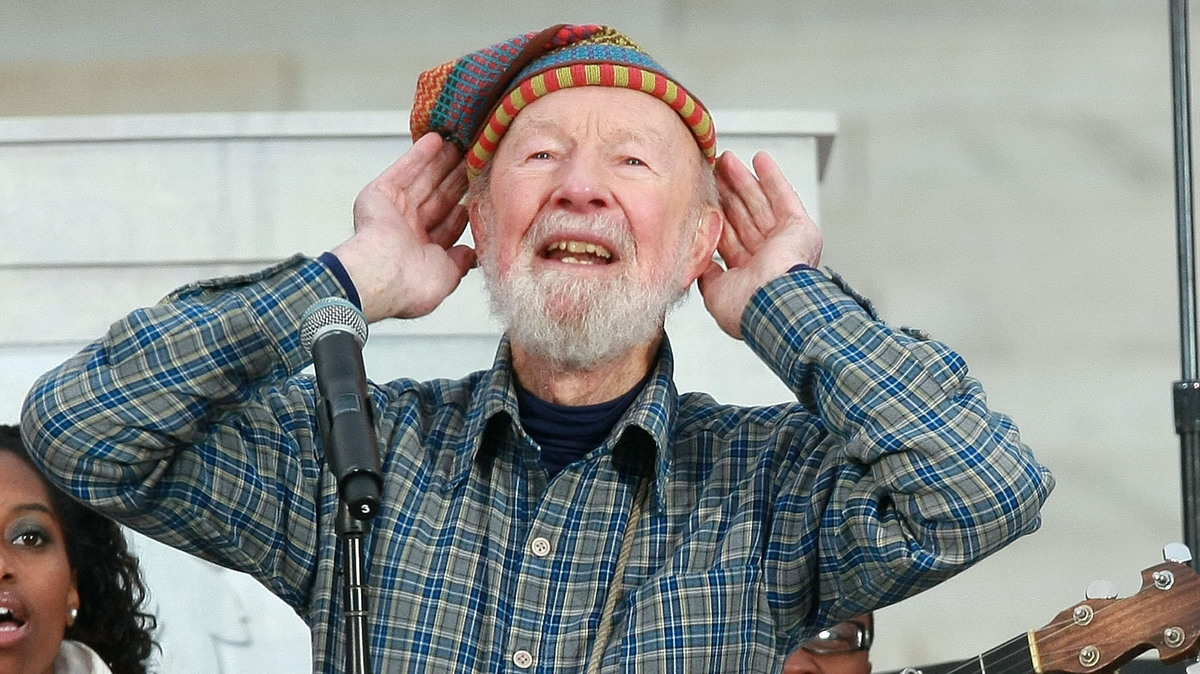 Pete Seeger was a lanky banjo player who showed up at every rally, every singalong, every town meeting, for as long as anyone could remember. He came singing songs of dissent; songs that helped to find the courage to change.

Legions of these songs now echo down through decades of strife and protest. Their messages were straightforward: Organize a union for better working conditions, fight for civil rights, fight against prejudice, find an alternative to war and protect the environment. Seeger — who died Monday at 94 — wrote, found or was handed many of the songs that would give voice to these causes.

This machine surrounds hate and forces it to surrender.

Pete Seeger On His Banjo

In some circles, Pete Seeger's voice and banjo were seen as dangerous weapons, sowing seeds of anarchy and violence. Spending a career on the front lines of social protest meant that Seeger also had a career filled with controversy, criticism and even blacklisting.

Back in 2005, I hosted this special, which includes interviews with Seeger and the many he has influenced. Included are concert performances by the legendary American folk icon himself, as well as Holly Near, Bernice Johnson Reagon, Bruce Cockburn, Janis Ian, Natalie Merchant, Judy Collins and more. The concert was recorded at the Keswick Theatre in Philadelphia.