Accessibility links
Sam Cooke And The Song That 'Almost Scared Him' Cooke recorded "A Change is Gonna Come" 50 years ago this week. The story of the song is as amazing, and unsettling, as the song itself. 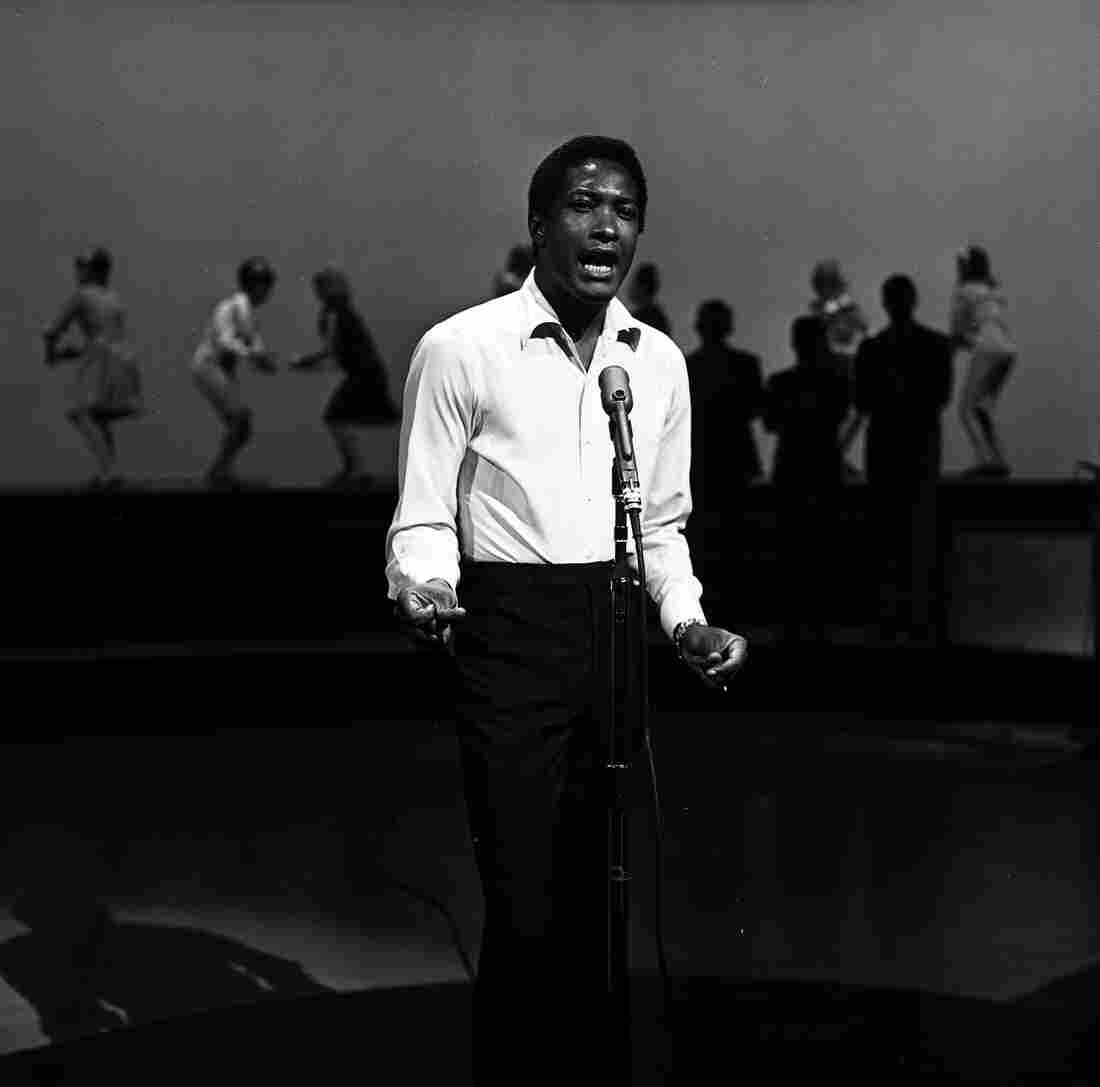 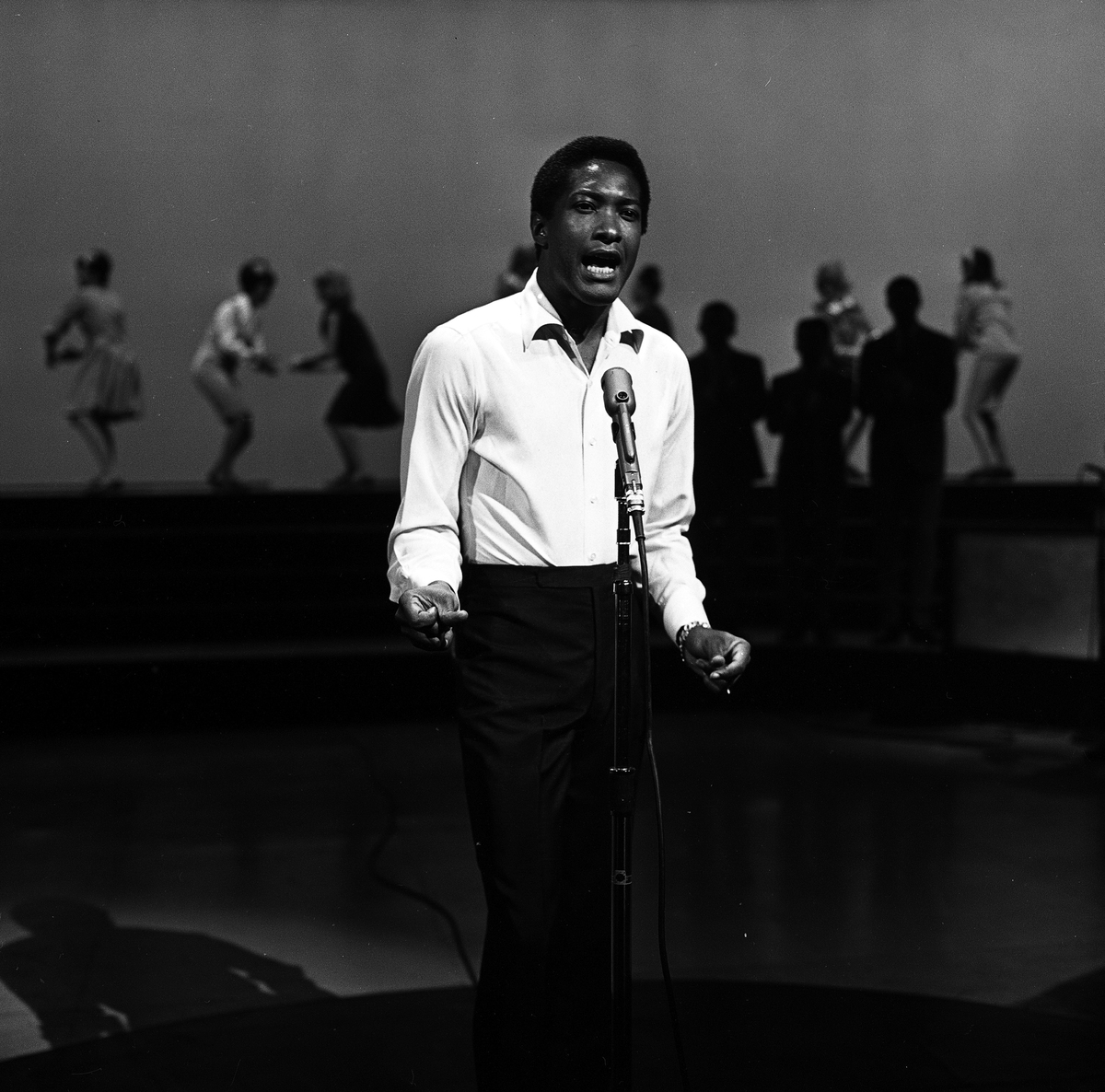 Sam Cooke in 1964, performing on the ABC variety show Shindig! just a few months before his death that December.

Fifty years ago this week, Sam Cooke strolled into a recording studio, put on a pair of headphones, and laid down the tracks for one of the most important songs of the civil rights era.

Rolling Stone now calls "A Change Is Gonna Come" one of the greatest songs of all time, but in 1964 its political message was a risky maneuver. Cooke had worked hard to be accepted as a crossover artist after building a sizable following on the gospel circuit. And the first thing to know about the song, Cooke biographer Peter Guralnick says, is that it's unlike anything the singer had ever recorded.

"His first success came with the song 'You Send Me.' I mean, this was his first crossover number under his own name, and it went to No. 1 on the pop charts, which was just unheard of," Guralnick says. "As he evolved as a pop singer, he brought more and more of his gospel background into his music, as well as his social awareness, which was keen. But really, 'A Change Is Gonna Come' was a real departure for him, in the sense that it was undoubtedly the first time that he addressed social problems in a direct and explicit way."

It's hard to imagine today what it meant for a black artist to achieve crossover in 1963. It did not come easily, and the last thing Sam Cooke wanted to do was to alienate his new audience. But he also came from the gospel world. He could not ignore moral outrage right in front of him.

Soon, Cooke was jarred by another civil rights anthem: Bob Dylan's "Blowin' in the Wind," which Guralnick says Cooke loved but wished had come from a person of color — so much so that he incorporated it into his repertoire almost immediately.

In the fall of 1963, Cooke faced a direct affront: He and his band were turned away from a Holiday Inn in Shreveport, La.

"He just went off," Guralnick says. "And when he refused to leave, he became obstreperous to the point where his wife, Barbara, said, 'Sam, we'd better get out of here. They're going to kill you.' And he says, 'They're not gonna kill me; I'm Sam Cooke.' To which his wife said, 'No, to them you're just another ...' you know."

Cooke was arrested and jailed, along with several of his company, for disturbing the peace. Guralnick says "A Change Is Gonna Come" was written within a month or two after that.

"It was less work than any song he'd ever written," Guralnick says. "It almost scared him that the song — it was almost as if the song were intended for somebody else. He grabbed it out of the air and it came to him whole, despite the fact that in many ways it's probably the most complex song that he wrote. It was both singular — in the sense that you started out, 'I was born by the river' — but it also told the story both of a generation and of a people."

When he first played it for Bobby Womack, who was his protégé, he said, 'What's it sound like?' And Bobby said, 'It sounds like death.'

Cooke was known to be a bit of a control freak in the studio, with a precise idea of how he wanted every instrument to sound. For this track, however, he gave total latitude to the arranger, René Hall. Hall took the charge seriously, and wrote what was essentially a symphonic arrangement within a three-and-a-half-minute framework.

"A Change Is Gonna Come" was released on the album Ain't That Good News in March of 1964. The civil rights movement picked up on it immediately, but most of Cooke's audience did not — mostly because it wasn't selected as one of the first singles and because Cooke only played the song before a live audience once.

"It was a complex arrangement with something like 17 strings," Guralnick says. "I think part of him felt, 'I'm not gonna do it if I can't to justice to it.' But the other part was that it had this kind of ominousness about it.

"When he first played it for Bobby Womack, who was his protégé, he said, 'What's it sound like?' And Bobby said, 'It sounds like death.' Sam said, 'Man, that's kind of how it sounds like to me. That's why I'm never going to play it in public.' And Bobby sort of rethought it and said, 'Well, it's not like death, but it sounds kind of spooky.'"

It was more than spooky. Just before the song was to be released as a single in December of 1964, Sam Cooke would be shot to death at a motel in Los Angeles.

Guralnick says "A Change Is Gonna Come" is now much more than a civil rights anthem. It's become a universal message of hope, one that does not age.

"Generation after generation has heard the promise of it. It continues to be a song of enormous impact," he says. "We all feel in some way or another that a change is gonna come, and he found that lyric. It was the kind of hook that he always looked for: The phrase that was both familiar but was striking enough that it would have its own originality. And that makes it almost endlessly adaptable to whatever goal, whatever movement is of the moment."