Accessibility links
A Century Ago Today, Chaplin Made His Film Debut — In A Dud The silent-film comic was a flop in the 13-minute Making a Living. But only a few days later, he'd introduce his iconic Little Tramp character — and take the first step toward immortality. 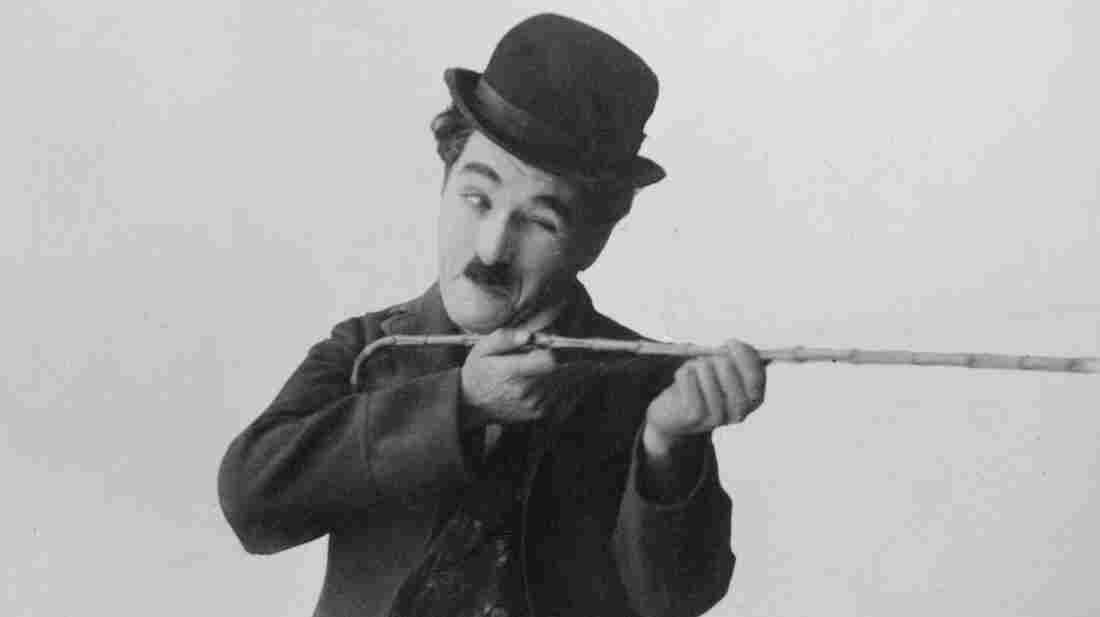 It was 100 years ago today that a silent, black-and-white comedy introduced a new performer to movie audiences. The 13-minute film was entitled Making a Living, and it left some doubt as to whether its star would be able to do that. His name? Charles Spencer Chaplin.

Silent film mogul Mack Sennett, who invented the Keystone Kops, is said to have barely cracked a smile when he first saw Making a Living on screen. Watching the 24-year-old British comic he'd hired for the princely sum of $150 dollars a week, he figured he'd made an expensive mistake. This Chaplin kid, playing a swindler in top hat, monocle and handlebar moustache, was trying too hard, waving his arms around, laughing. He wasn't funny.

Turns out there was a reason. Director Henry Lehrman, Chaplin would later complain, had cut all the swindler's best gags. Lehrman was also playing the film's other male lead, and he later admitted he'd taken an instant dislike to the smart-aleck-y newcomer, and mishandled his scenes out of spite.

Both men begged Sennett to let them work with other people, but films got made so fast in those days that before the week was out, they'd already made two more together. Happily, by the third, which was released just five days after Making a Living, Chaplin had found his comic footing.

The film was Kid Auto Races at Venice, an improvised quickie shot in just 45 minutes without a script, to take advantage of an event they'd read about in the morning papers — a children's soap-box derby. The joke? They filmed themselves filming, with Chaplin playing a camera hog who keeps getting between the film crew and the kids in their homemade cars.

Lehrman keeps pushing him away, and Chaplin keeps sneaking back into the frame, wearing a shabby costume he'd grabbed in a rush on the way out of the studio. No monocle and top hat this time; now he's got shoes that're too big, a derby that's too small, baggy pants, tight coat, cheap bamboo cane.

All of which makes the character look poor, down on his luck — like a tramp. And on the faces in the crowd, you can see that audiences "get" him. Chaplin pretends to be nonchalant, innocent, as he slyly gets in everybody's way. And a few kids in the crowd start to watch him instead of the race.

Then, just as you will, they start to grin. And soon they're laughing and pointing, captivated by this little guy who seems as drawn to the camera as it is to him, little knowing they're watching the birth of a 20th century icon — The Little Tramp — who would soon, and for decades to come, be the most recognized and the most beloved figure on the planet.