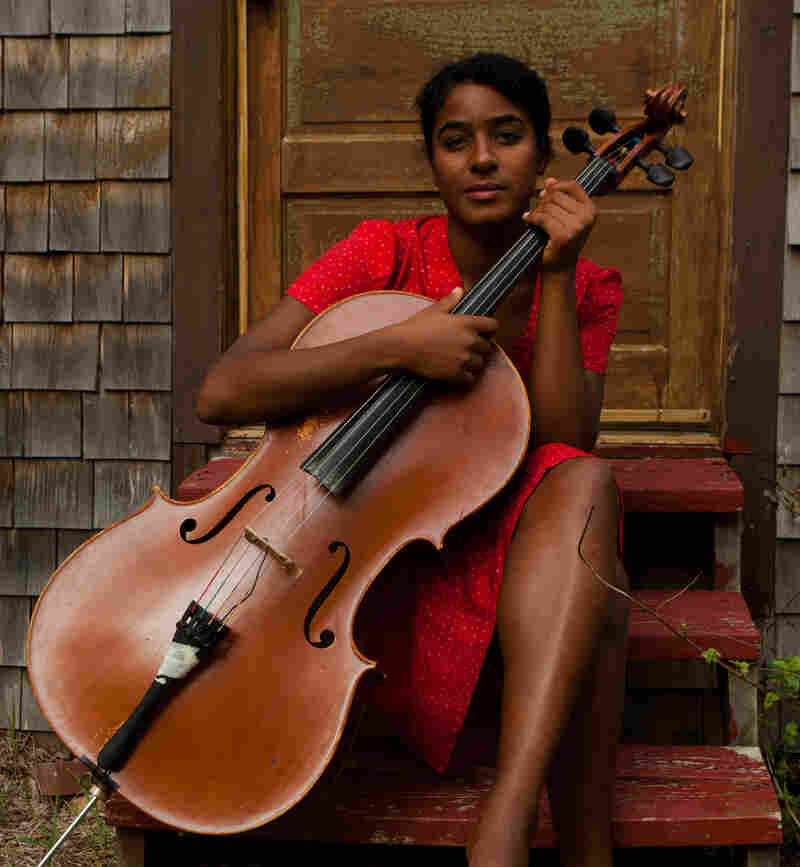 Leyla McCalla, formerly of The Carolina Chocolate Drops, had an ambitious idea for her solo debut as a musician. She wanted to take poems by Harlem Renaissance legend Langston Hughes and put them to song. But McCalla told Tell Me More's host Michel Martin that she wasn't overwhelmed by the challenge.

"I think it would have been more intimidating if he was a musician and I was trying to cover his actual songs."

Vari-Colored Songs: A Tribute to Langston Hughes reimagines eight of Hughes' poems. McCalla also features a number of Haitian folk songs on the album along with a few original compositions.

Fans of McCalla's work with The Carolina Chocolate Drops will find familiar ground in music landscapes with banjo driven rhythms, guitar melodies, and McCalla's own delicate pizzicato plucks of the cello. Still, she hopes that the instrumentation takes a backseat to Langston Hughes' poetry.

According to McCalla, "I think a big, important thing for me in creating these songs was to have the words be at the forefront."

On being inspired by Langston Hughes

I grew up knowing about Langston Hughes. I think when I was about 16 or 17 my dad bought me a book of his poetry and actually wrote me a poem in the front of the book. And I loved his poems so much ... and I just started to feel rhythmic connection to some of the poems and I just fell in love with his words.

On including Haitian folk songs on her album

A lot of these songs are just stories about peoples lives that I really feel like frame the culture in Haiti, in a way that we don't experience through normal media, or normal stories that we hear about Haiti.

On funding her album through Kickstarter

I didn't really know what I was getting myself into, to tell you the truth, and so I asked for $5,000 and the people at Kickstarter were fans of my video and fans of my project, so they put me on their newsletter. So I went from, "Who's going to be my 200th backer?" to having over 530 backers in about 48 hours.

Leyla McCalla performs Lonely House on the stairs of her home on New Orleans.