Accessibility links
On Philip Seymour Hoffman, And His Many Appearances So many of the actor's roles dealt in appearances and self-doubt. Perhaps you don't get that good at communicating insecurity without knowing a little something about those things. 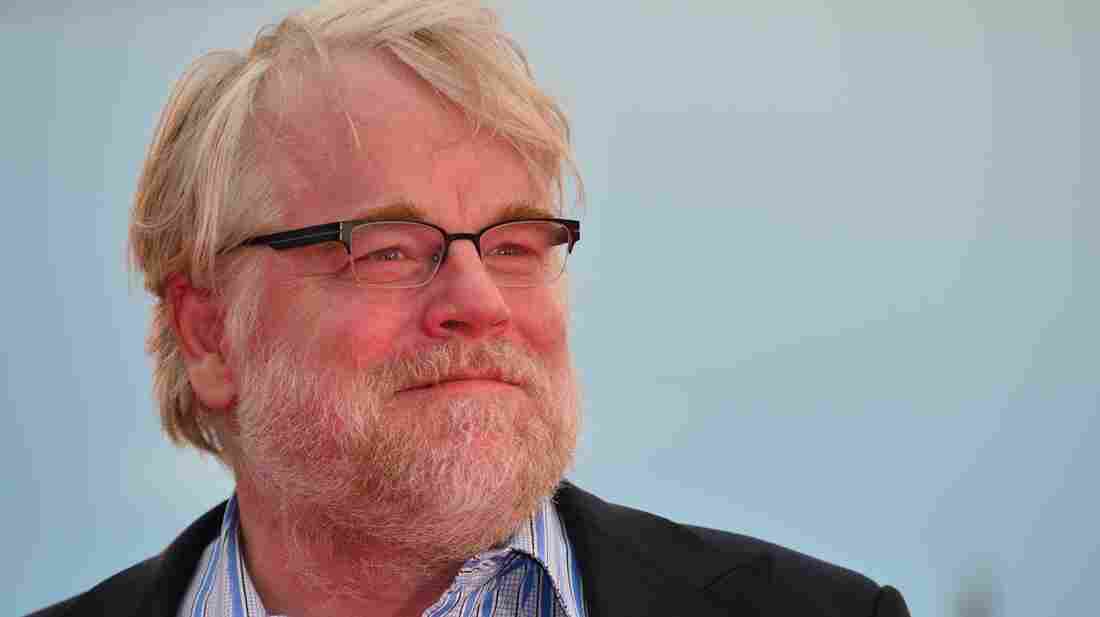 Philip Seymour Hoffman at a screening of The Master, for which he was nominated for an Academy Award, during the 2012 Venice Film Festival. Gabriel Bouys/AFP/Getty Images hide caption

When actor Philip Seymour Hoffman was found dead Sunday at the age of 46, there was shock among those he'd worked with in the film and theater communities. He'd died too young. At the peak of his craft. With so much still to offer. But the loss was also felt by people who didn't know him, yet felt they did — me among them.

I'm struck, in retrospect, by how often the lines that stick with me from Hoffman's performances are about appearances. So many of his characters talk about being not really attractive, in one way or another unimpressive. The "uncool" rock critic he played in Almost Famous, for instance, giving advice to a younger writer in whom he saw flashes of himself:

Offscreen, Hoffman did have a cool factor. No actor of his generation was more respected for getting under the skin of characters who were flawed, and lonely, and humiliated, and who consequently reminded audiences of themselves, from Willy Loman in Death of a Salesman on Broadway to a furiously aggrieved (and fair warning, colorfully profane) CIA agent in Charlie Wilson's War:

Coarse, yes, and rumpled, shaggy, a lumbering bear of a man. Hoffman didn't look like anyone's idea of a movie star; he was doughy and soft-featured, even when he managed to lose weight for a part.

He complained to an interviewer once that the press never described him in ways that made him sound attractive — "I'm waiting," he said, "for somebody to say I'm at least cute. But nobody has." Did that help him get into the heads of characters who were regularly shunted aside?

In Capote, the film that won him an Oscar, he transformed himself — voice thin and high, gestures fey, fastidious to a fault. But as showy as that transformation was, and as celebrated a writer Truman Capote had been, Hoffman was still playing a man all too aware that he would never fit in:

We were wrong about Philip Seymour Hoffman, too. Or at least, I was. Somehow I'd never registered that he had a substance-abuse problem, though as I look at what's been written about him in the past day or so, I'm suddenly aware that he made no secret of it.

But he'd founded a theater company, directed plays and appeared in more than 50 movies in 23 years, getting so persuasively inside the heads of characters who were variously high-maintenance, high-functioning and just plain high that I guess I just assumed he couldn't have done that if he weren't himself centered and sober.

And perhaps he was. Or perhaps you don't get that good at communicating insecurity and self-doubt without knowing a little something about those things. All actors observe and absorb and use things they see in others — speech patterns, gestures, ways of relating with the world. Hoffman's performances, though, didn't feel observed. They felt lived — and in my head even now, I'm conflating them with him.

Which makes me wish I could tell him, "Mr. Hoffman, you're so much more than cute."

All any of us can do now, though, is say it to the screen.