Accessibility links
'Borgen' Is Denmark's 'West Wing' (But Even Better) Critic John Powers says that Borgen, a Danish TV series about a woman who unexpectedly becomes Denmark's prime minister is "irresistibly bingeable." The third and final season has just been released on DVD.

The Danish television series Borgen about a female party leader who unexpectedly becomes Denmark's prime minister was a hit in its home country and in the U.K. It won numerous international prizes, and a cult following in the U.S. after its sporadic TV broadcasts — Stephen King named it his favorite piece of pop culture of 2012. The third and final season has just been released on DVD by MHz Networks, which also brought out seasons one and two. 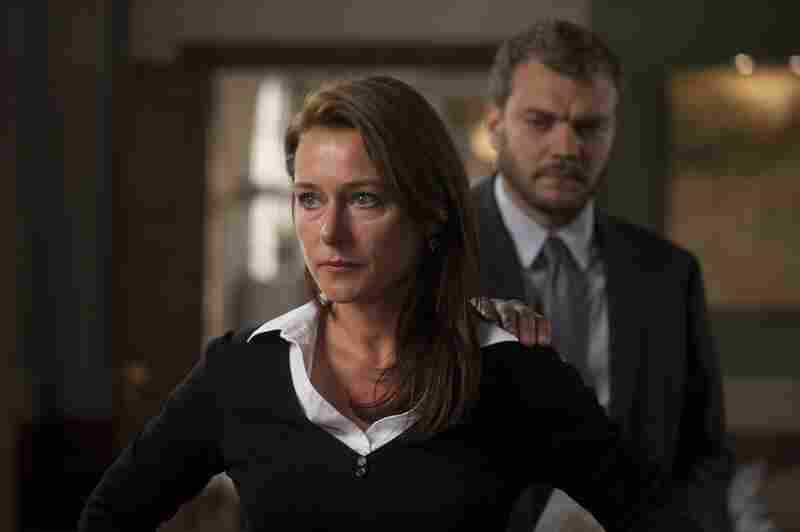 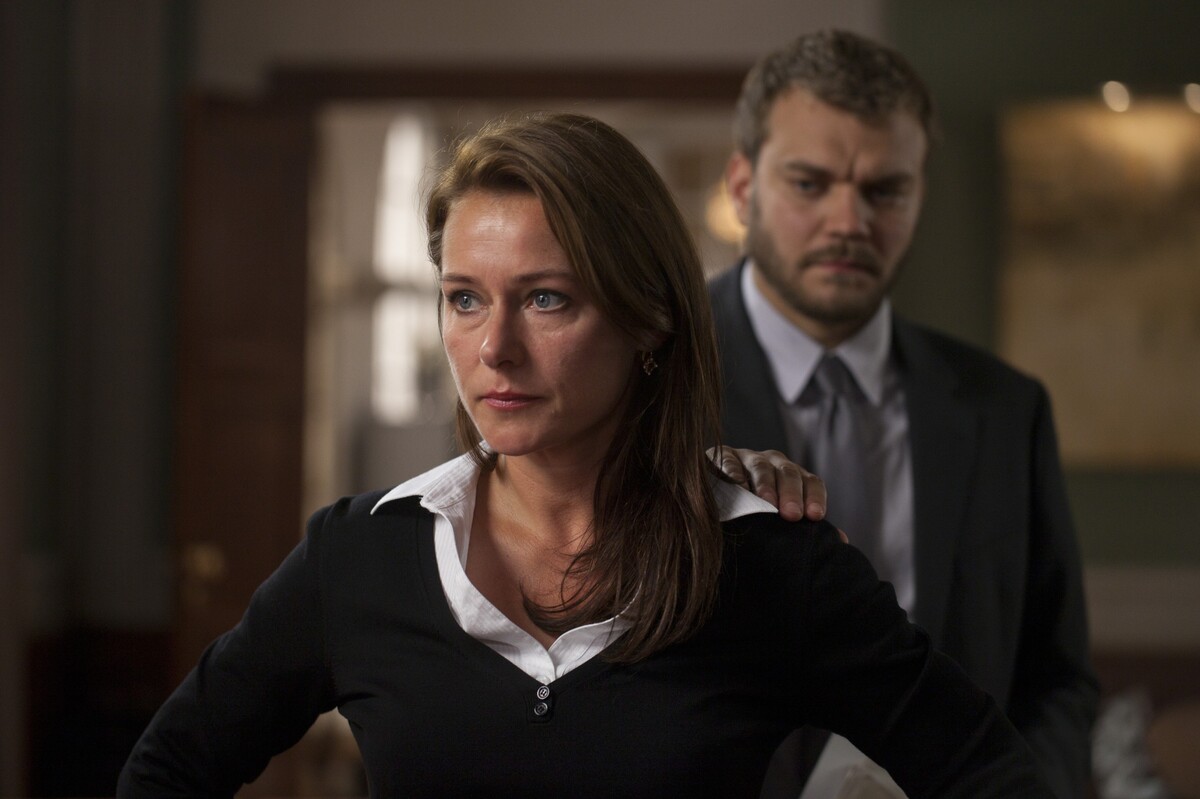 I've spent most of my life being fascinated by politics, but Washington has grown so stridently dysfunctional, I can barely stand to watch the news. And though I enjoy shows like Veep and House of Cards, they're so devoutly cynical they almost feel like part of the problem.

As an antidote to this, I highly recommend Borgen, the crest of the current wave of Danish TV that's given us The Killing and The Bridge. Taking its name from the Copenhagen castle that's the seat of government, Borgen plays like a more astringent version of The West Wing, a show it clearly borrows from and improves on. Its third and final season is just out on DVD, but you'll want to start at the very beginning, which instantly sucks you into the world of Danish politics, with its idealists and ideologues, sleazy tabloids and state-run TV networks, bullying billionaires and fussy bureaucrats with minds of their own.

Borgen's heroine is Birgitte Nyborg, superbly played by Sidse Babett Knudsen, the principled, low-key leader of the Moderate party. As the series begins, this happily married mother of two rides a freakish turn of events to become Denmark's first female prime minister. But taking office is one thing, knowing how to govern is another. Starting each episode with an aphorism from the likes of Machiavelli, Churchill, or Chairman Mao, Borgen shows us Birgitte learning to run the machinery of power — how to slap down a foe and fire an ally, when to go on TV and when to rise above the fray, when to compromise and when to be steely.

I'm not sure I've ever seen a show that's better at capturing the personal cost of political life.

Of course, Birgitte doesn't live in the world alone. Part of what makes Borgen so enjoyable is that it surrounds her with maybe 20 vividly drawn regulars, from the smug opposition leader Hesselboe to the alcoholic old reporter Hannah Holm. Chief among them are Birgitte's spin doctor Kasper Juul, a Don Draper-ish sort who learned how to spin as a way of camouflaging his dark past, and the woman he loves, Katrine Fonsmark. She's a sexy but idealistic reporter who has a poster of All the President's Men on the door of her apartment. Like Birgitte, both are trying to figure out how to be honest in a world where press secretaries must weasel and reporters must answer to corrupt editors or TV execs who curry the government's favor.

I'm not sure I've ever seen a show that's better at capturing the personal cost of political life. For Birgitte, power doesn't so much corrupt as isolate. The more successful she becomes as PM, the more her private world dwindles. Her circle of friends shrinks, her children feel neglected, and her marriage to the funny, liberal-minded Philip — a onetime CEO who's put his career on hold — starts to founder. Losing her knack for intimacy, she begins talking to him like a prime minister making points in a cabinet meeting.

Now, I realize that the thought of a Danish cabinet meeting may not exactly make your mouth water. But believe me, the show has plenty to grip an American viewer. For starters, it gives a keen glimpse at how the Danes view us. They're pro-American, yet as a small country they are often resentful at the way the U.S. can act like the 800-pound gorilla — as when the CIA secretly uses a Danish base for illegal rendition. Beyond this, the issues Birgitte confronts each week are the same ones we face — how to manage immigration, how to assure both security and privacy, how to keep a social safety net in a world where one's rising economic competitors cut costs by not having one.

In tackling such issues, Birgitte is clearly an idealized figure, yet Borgen makes it clear that even a virtuous politician can't be as decent as she'd like. Birgitte backs proposals she doesn't quite believe in to enact bigger policies that she does. She works with ministers she'd like to fire but keeps on because it would cost her too much to can them. And, she's loyal to her old friends ... until she has to sacrifice them when they've become a liability. The show doesn't fault her for this. Quite the contrary. Borgen reminds us what it's easy to forget in these polarized times — that no political decision is ever pure or simple, and that it's childish to think otherwise.