Accessibility links
Tim Gunn: On And Off The Runway, 'Life Is A Big Collaboration' "Make it work," the fashion guru tells designers on Project Runway. But life hasn't always "worked" for Gunn. He talks with Terry Gross about being bullied, being gay in the '60s and '70s, and how his mother thinks he should "dress more like Mitt Romney." 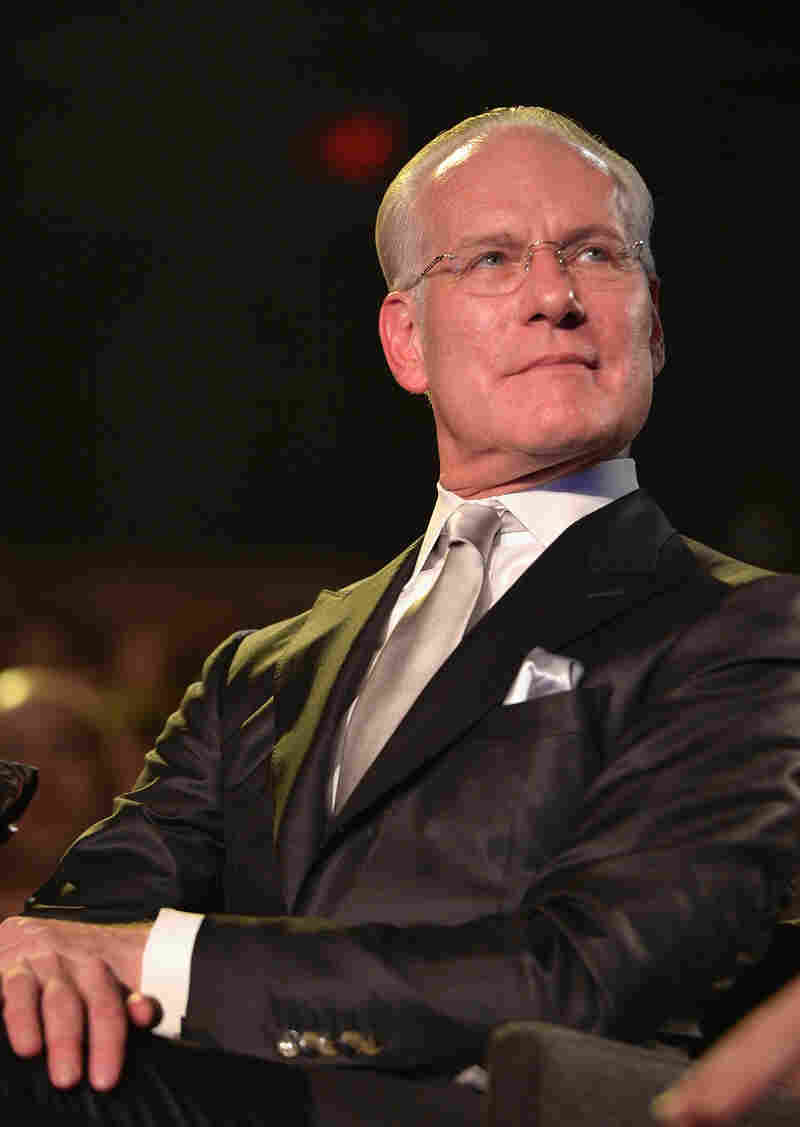 "The term 'vegan leather' makes me think that you peeled a carrot and took the skin and made a jacket out of it," says Tim Gunn, pictured above at the Under the Gunn finale fashion show. Alberto E. Rodriguez/Getty Images hide caption 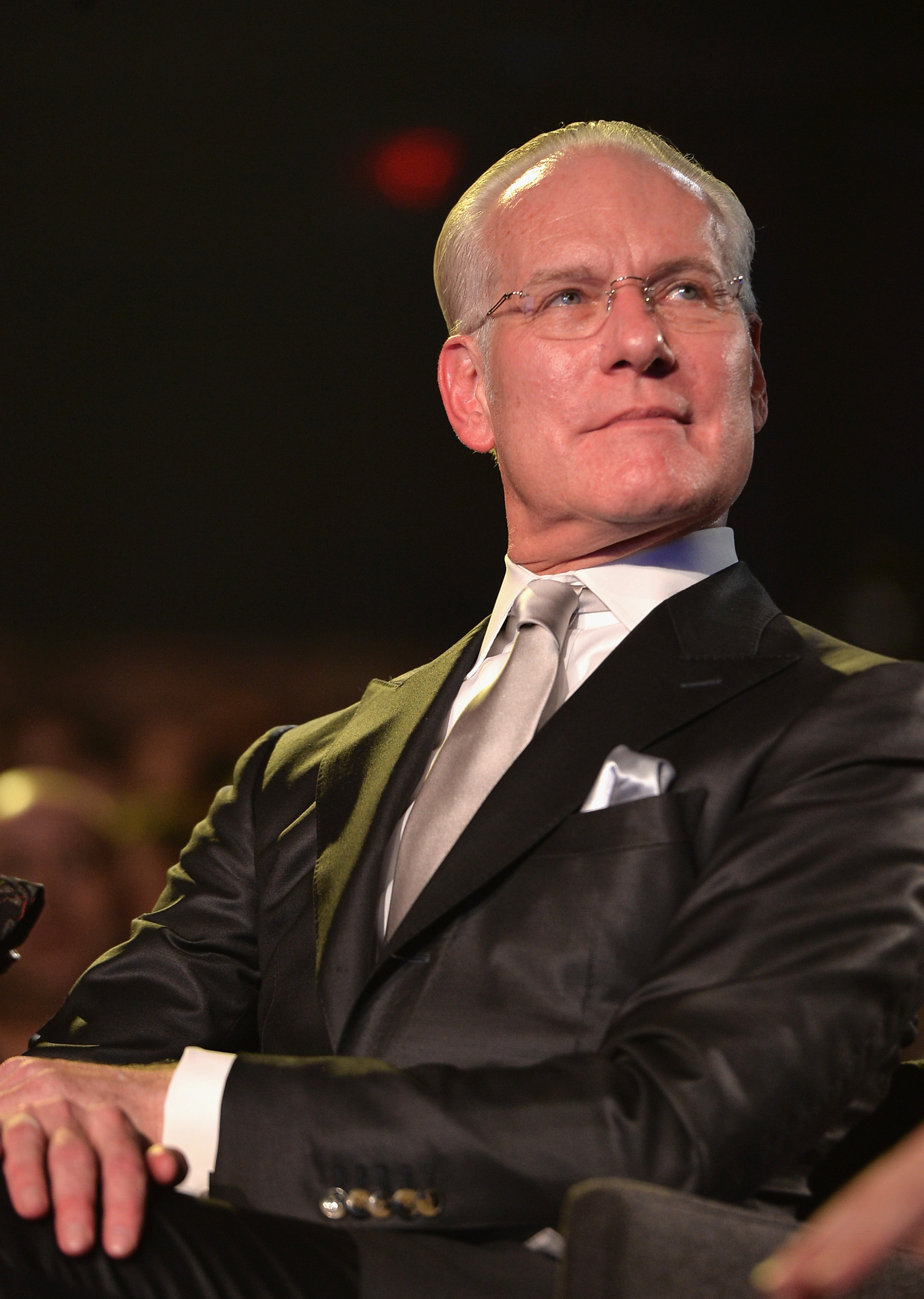 "The term 'vegan leather' makes me think that you peeled a carrot and took the skin and made a jacket out of it," says Tim Gunn, pictured above at the Under the Gunn finale fashion show.

"Make it work," fashion guru Tim Gunn tells young designers on Project Runway. But life hasn't always "worked" for Gunn. "I can't even recite the number of schools I went to as a kid because I was constantly running away from them," he tells Fresh Air's Terry Gross. "It's so ironic that I would become a career educator because I hated school so profoundly. It wasn't the learning experience that I hated. I hated the social aspects."

Gunn, who is the former chairman of the fashion design department at Parsons, endured a lot of bullying as a child. He had a debilitating stutter, struggled to understand his sexuality, and, after running away from more boarding schools than he can count, attempted suicide at 17. He spent more than two years in a psychiatric hospital, where he got help. "I didn't come out of this alone," he says.

On his new Lifetime reality series, Project Runway: Under the Gunn, three Runway alums each have a team of designers to mentor. Each week a designer is sent home by the judges. The final designer left in the competition and that designer's mentor will be the winners. It's a show that's about style, but also about mentorship, and for Gunn, that begins with the way he dresses.

On not understanding his own sexuality growing up

You know, I won't say that I knew I was gay. I knew what I wasn't — and I certainly wasn't attracted to girls, but I didn't know what I was. I called myself "nonsexual" — at that young an age I did. I thought, "I don't have a sexual bone in my body." There was zero attraction in any direction.

On being bullied as a kid

I had a very debilitating stutter, and that was very limiting for me socially and it of course was rife for teasing, and people would imitate me or they'd want to engage with me, would want me to speak, because they wanted to hear the stutter and laugh. So that exacerbated everything that I experienced, and it added a painful dimension to every kind of interaction, whether it was with peers or whether it was with doctors.

I had been dropped off at yet another boarding school, and it was that first night. I had taken — I don't even know how many — prescription medications out of my parents' medicine chest. I didn't even know what they were ... and I took all of them, easily 100 pills, and I was so resigned to just going to sleep and not waking up. That next morning I did wake up, and I was completely disoriented, the world was spinning. I couldn't believe I was still alive.

I had a very major intervention there and couldn't run away, or I would have. ... It was a psychiatric hospital for adolescents. ... It saved my life, and the doctor I had there — and he was actually my third doctor, because I was a very difficult patient, and doctors would — I won't say give up on me, but they'd pass — but Dr. Phillip Goldblatt, God bless him, of New Haven, Conn., wouldn't let go. I saw him five days a week for almost two years. 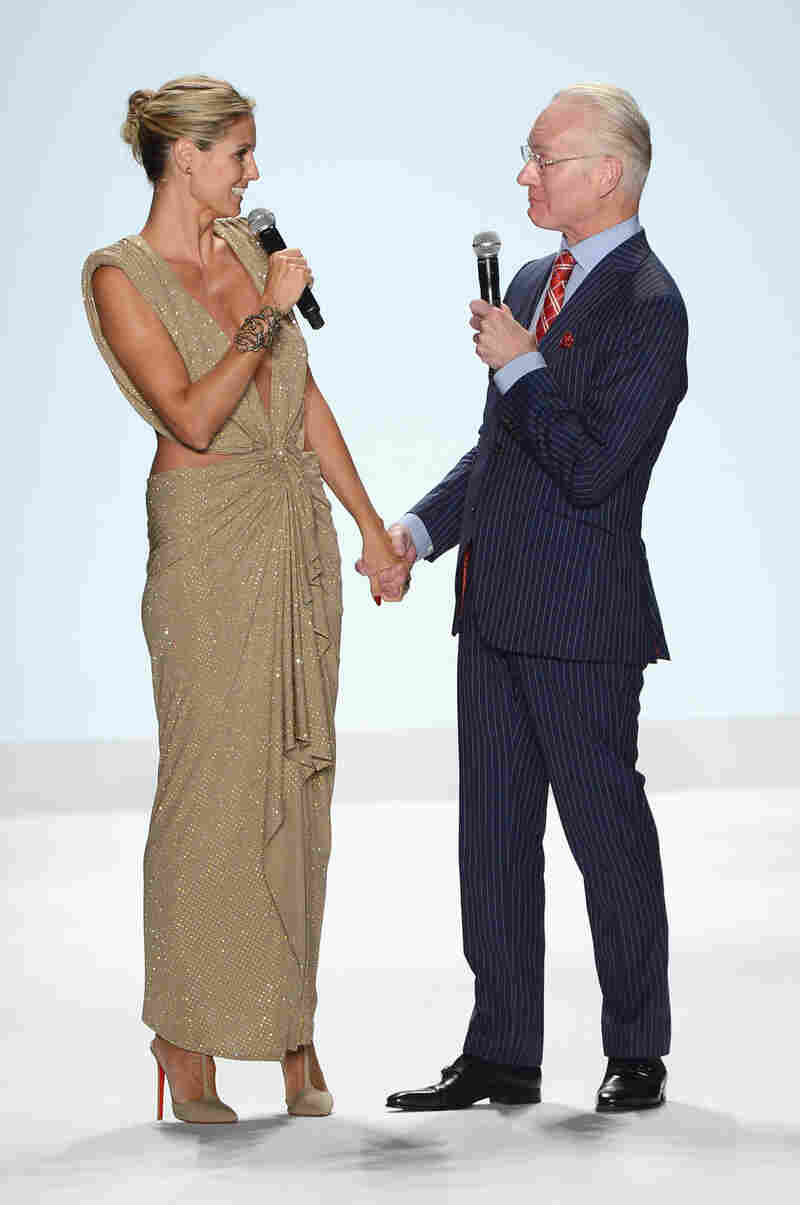 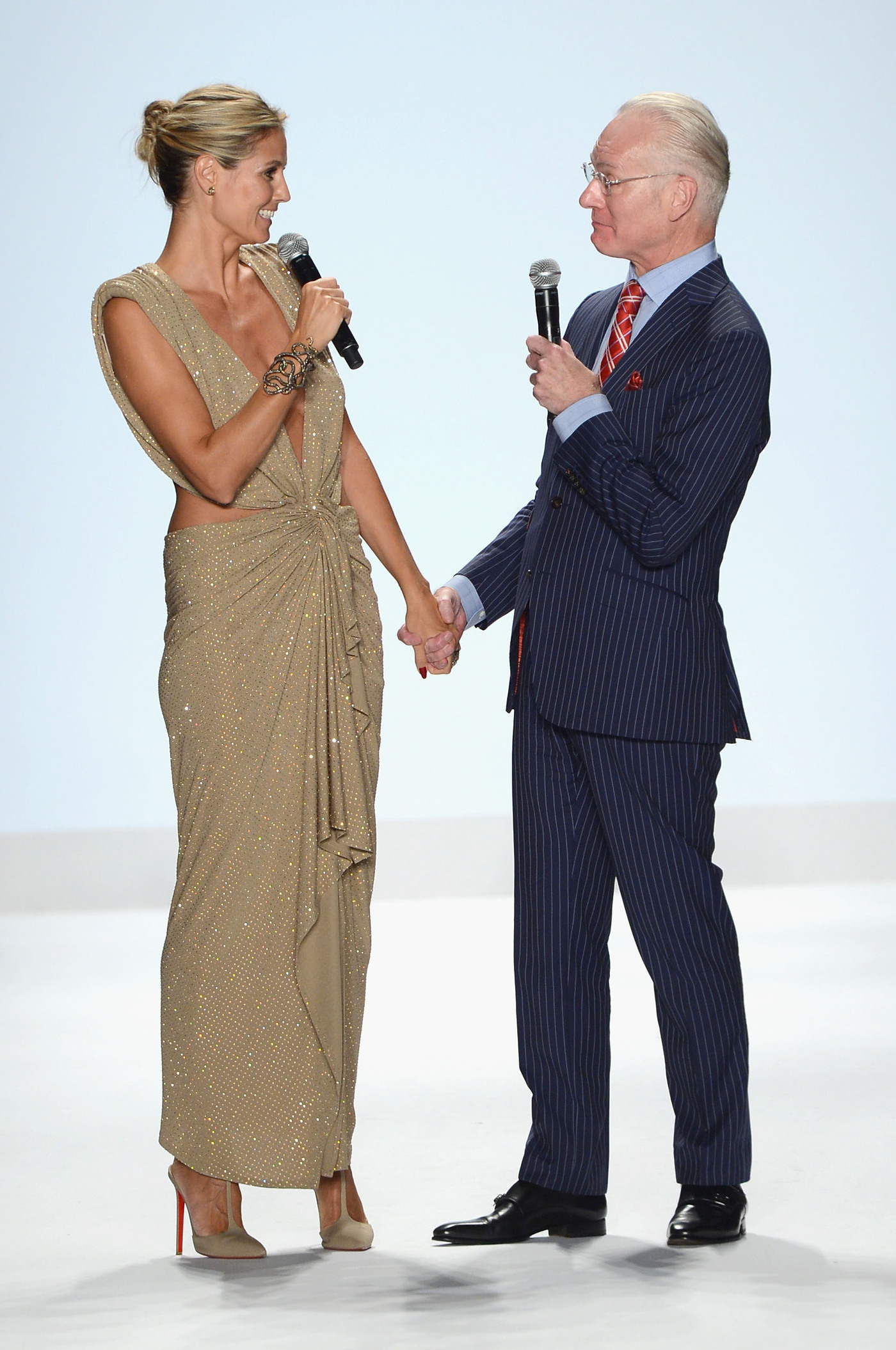 [In] the late 1960s going into the early '70s, [being gay] was considered to be something you "fixed." This was an adolescent psychiatric hospital, so people were teens into early 20s, and there were some people there who were there to have their gayness "fixed." So for me, it was like treating a disease — you have to do something about it. ... I remember thinking, "I have enough issues without adding this to the list." I thought, "Oh, God, but for the grace of God, there go I."

On the one hand, I'm not envious of any young person who is going through a struggle with their sexual identity, I'm not envious at all — but on the other hand, there's so many more and more positive role models these days. When I was kid, who were the gay people? They were the decorators in the Doris Day movies, they're the fashion designers, they're flitting about. I mean, I think about Paul Lynde on Bewitched, I mean, he was a caricature. And today, we recognize that every flavor of humanity comes in every possible size, and color, and shape, and we have so much more awareness of the diversity of everyone. Whenever anyone tries to stereotype gay men, it's like, "Wait a minute, there's just as many who live like slobs!"

On his relationship with his father, who was a "macho" FBI agent

He was an incredible man. In spite of all the trouble I gave him and the disdain that I so frequently felt for him, first of all — he was always there in a crisis. Who was there after the suicide attempt? He was. My mother wasn't, because she would fall apart. But also, the whole sports thing. ... When I took to swimming he became the swim coach, and it was such a wonderful thing because he was there at every practice. In many ways he was really extraordinary.

The one curious matter that I have ... I was the kid who came home from school bloody and bruised with so much frequency. ... At the time I didn't even use the word "bullying" then, just teased and beaten up. I was evidently fun to beat up. It was just so easy to do it. My macho father never once took me inside and said, "Let me show you how to fight back, let me show you how to throw a punch." Never once. And I find it really curious ... and consequently, if you have a physical fight with me, I'm a biter and a hair-puller.

On his mother being critical of his clothes

Even having ascended to the position of chair of the fashion design department, having become the mentor on Project Runway, my mother was still so critical of what I would wear. She would be critical of what I would wear on the show. In fact, she would call afterward and say, "Why did they let you wear such-and-such? That tie didn't look good with that shirt!" And then I remember so profoundly going to her home for Thanksgiving and walking through the front door, and she looked me up and down and she said, studying me with little squinty eyes, she said, "Why can't you dress more like Mitt Romney?"

On recovering from the pain in his past

I didn't come out of this alone. Life is a big collaboration, and when you're tackling something that's painful and troubling and is causing you such desperate grief that you think life's not worth living, you need to reach out — reach out before then, actually. Reach out to people whom you trust, people who will reach back and offer you some solace and some guidance. Because it doesn't happen alone. And if I had been just left on my own, well, I wouldn't be here.