Accessibility links
Scientists Help Western States Prepare For Drought As New Norm In a warming world, extreme droughts are predicted to become more common. Amid the historic drought gripping California and much of the West Coast, scientists are studying how states can manage with a lot less water in the future. 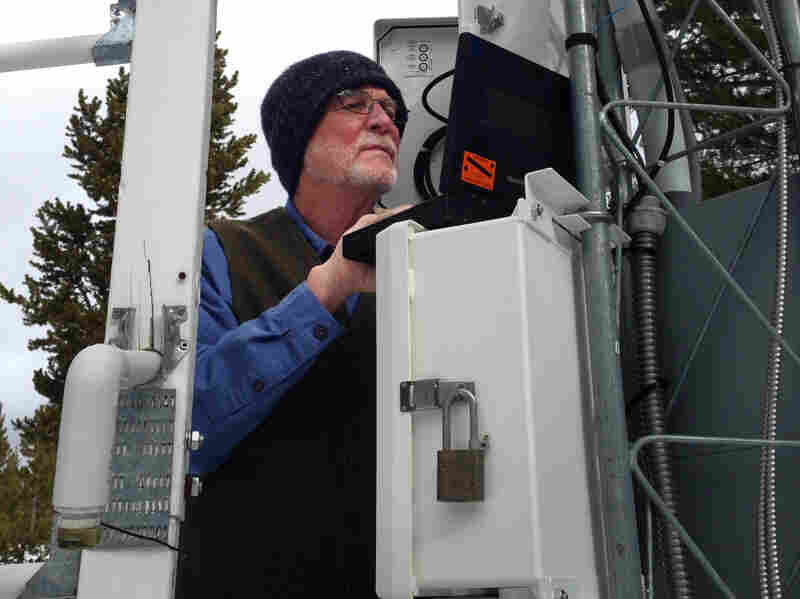 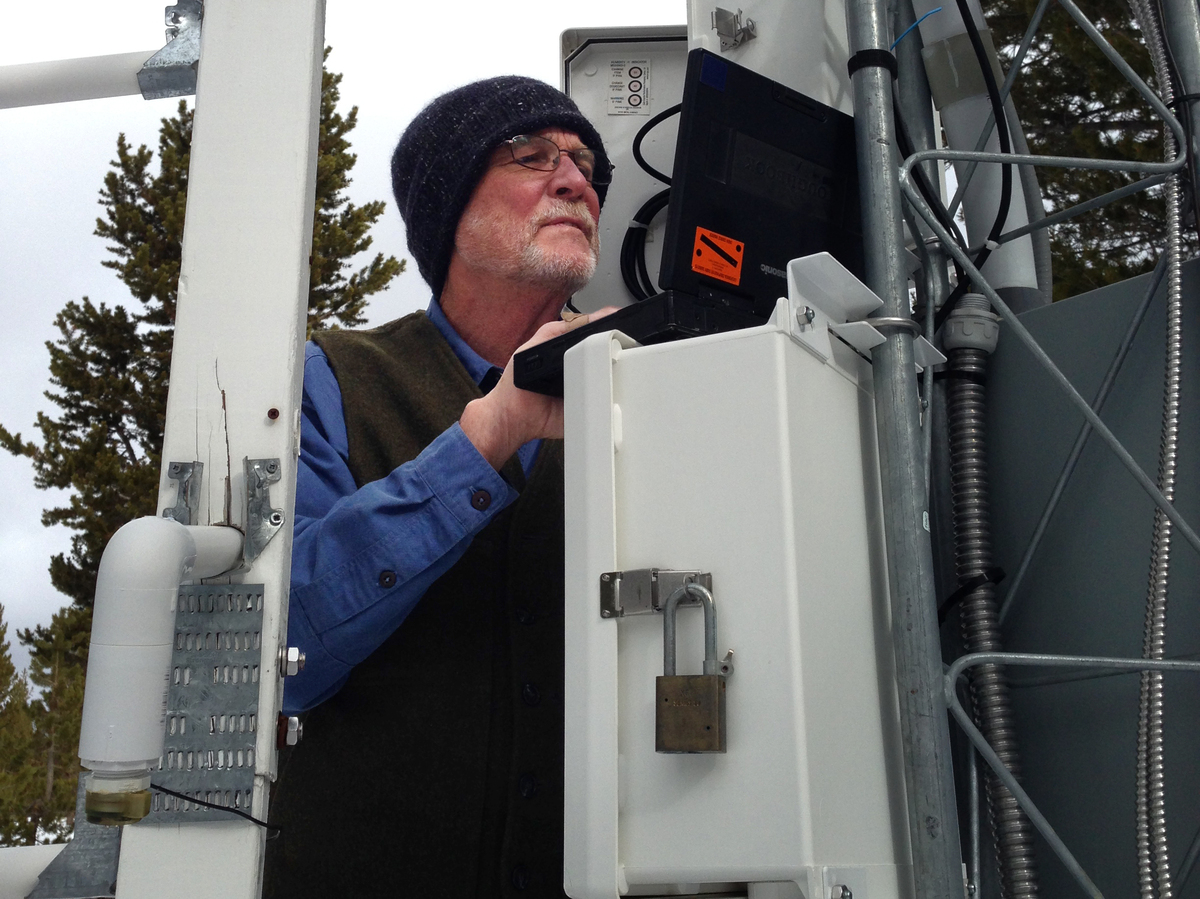 At a 10,000-foot summit in Yosemite National Park, Frank Gehrke clicks into his cross-country skis and pushes off down a small embankment onto a meadow of crusty snow. He's California's chief of snow surveys, one of the most influential jobs in a state where snow and the water that comes from it are big currency. He's on his monthly visit to one of a dozen snowpack-measuring stations scattered across the high country of the Sierra Nevada.

As California copes with a historic drought, scientists like Gehrke are helping Western states figure out how to do more with less water, as droughts like these are predicted to be the new norm in a warmer world.

Gehrke's skis glide over the watershed that feeds the Hetch Hetchy Reservoir, which supplies all of San Francisco's drinking water. The snow in these mountains also makes its way down to farms in the Central Valley, where close to half of all the fruit and vegetables in the country are grown. Even if you don't live in California, the paltry amount of snow here is a concern.

"Right now we're skiing along a foot, foot and a half of snow, and 10 feet over there's bare ground," Gehrke says. "Now, California is getting hit right now, but maybe it's just a portent of what's to come for the rest of the West."

At a survey site, a computer records wind speeds, snow depth and moisture.

"In a normal year, we'd be having to dig this thing out," he says.

These mountains are famous for getting 10, 15 feet of snow at once. Using data from these instruments and at other sites, Gehrke estimates the snowpack across the Sierra Nevada right now is just 12 percent of average.

The other thing that's worrying is all the wind that's come with this drought. Gehrke has a hunch it's causing a lot of the snow that is here to evaporate. That means it won't even have the chance to melt and run off into a reservoir come spring.

These important data will soon start making their way into his runoff forecasts. 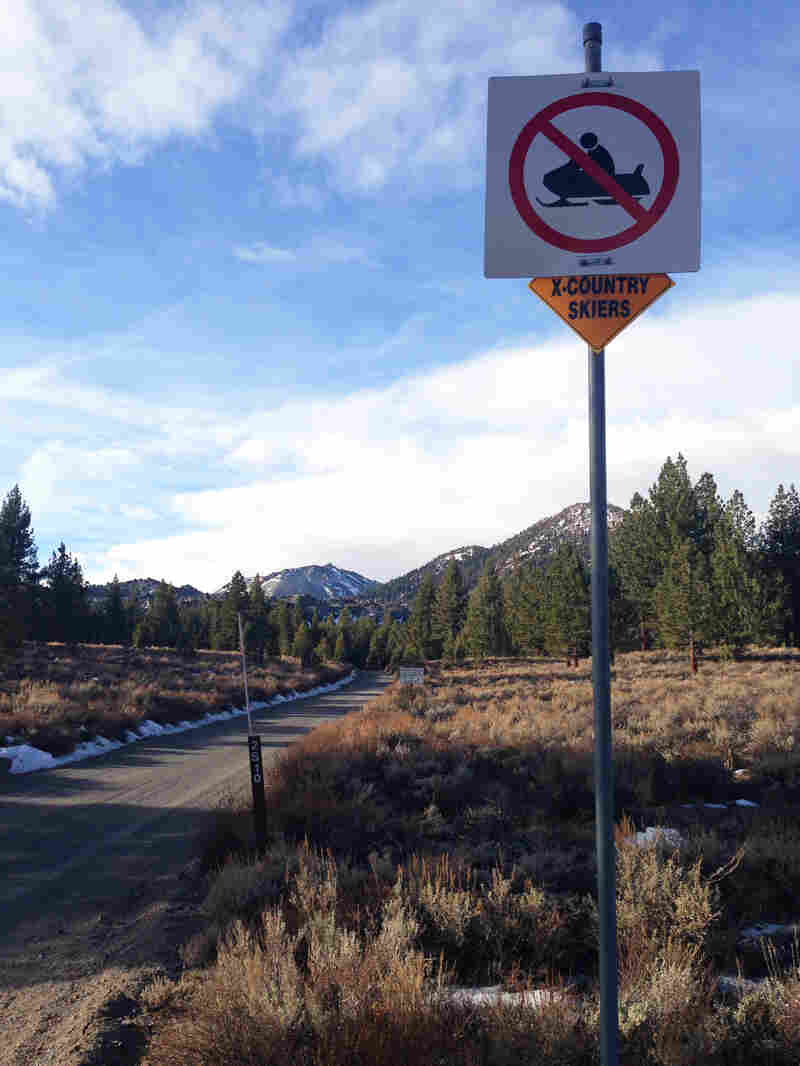 "If we can produce better forecasts, it's the cheapest by far way you can make more water available," he says.

But it's not all doom and gloom. New technology is allowing Gehrke and his team to monitor snow survey sites over a much bigger area. After all, snowstorms can be feast or famine from one ridge to the next, so there's a chance they might discover more water even in a bad year like this.

"That's part of why we're driven to try to improve the forecasting so we can deal with these extremes," he says.

Gherke's monthly forecasts are like the Bible for reservoir managers and water agencies. It's these people who have to decide when and how much water to release, and whether to push the panic button and let go any last bit of water they might be saving for a crisis. So getting a runoff forecast that's as close to 100 percent accurate as possible? That could make or break a lot of people.

One agency that watches the data is the Westlands Water District in Fresno. It's the massive agency in charge of securing water for produce farms that spread across an area the size of Connecticut.

"If there's a little bit additional hydrology somewhere in the mountains or in the snowpack that then can translate into additional water, that's fantastic, that's exactly what we need. Because quite frankly, it's pretty hard to go lower than zero, and we are sitting at the bottom right now," says Gayle Holman with the agency.

Farmers in the Central Valley very likely won't get any water from reservoirs this year. Some in Holman's district are tapping groundwater to irrigate crops. Many more are just letting their fields go fallow. This week, Fresno's Democratic congressman, Jim Costa, himself a farmer, warned that the drought is threatening his region's economic recovery.

"We in California are facing a disaster that has the potential to devastate our economy and force many of my constituents out of work," he said.

Scientists say the improvements in forecasting technology will help, but they won't solve the drought crisis. The hard truth is that some of the reservoirs that serve millions of people and farmers aren't going to have any water at all in the coming months.