Accessibility links
Jason Moran's 'Live: Time On The Quilts Of Gee's Bend' Suite On JazzSet Composer and pianist Jason Moran ushers in his era as Artistic Advisor for Jazz at the Kennedy Center in Washington, D.C., with this performance, captured by JazzSet in honor of Black History Month. 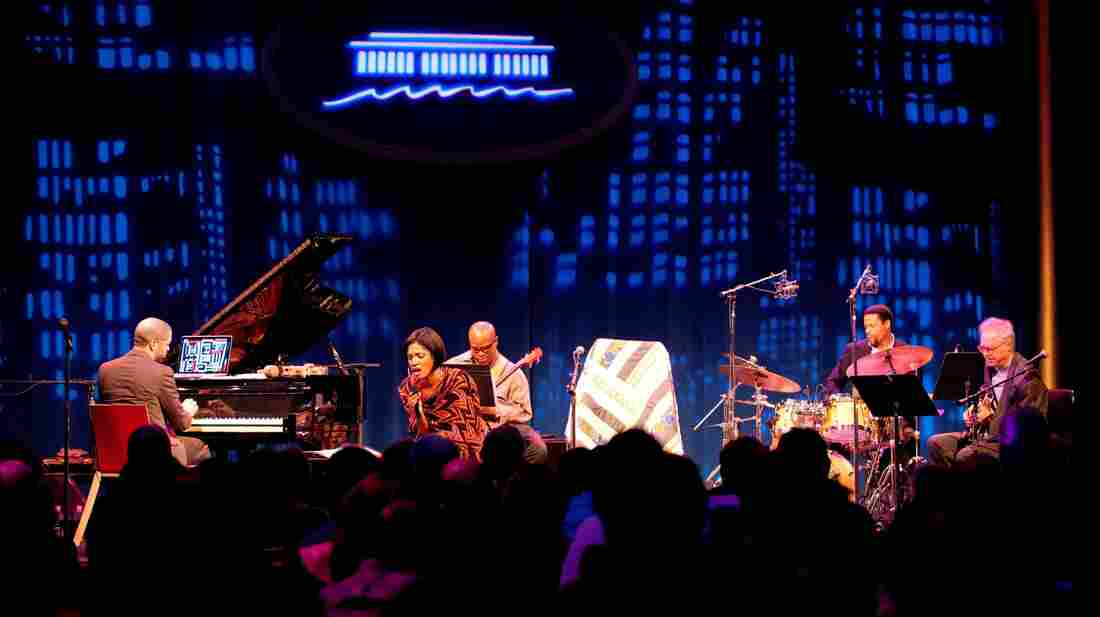 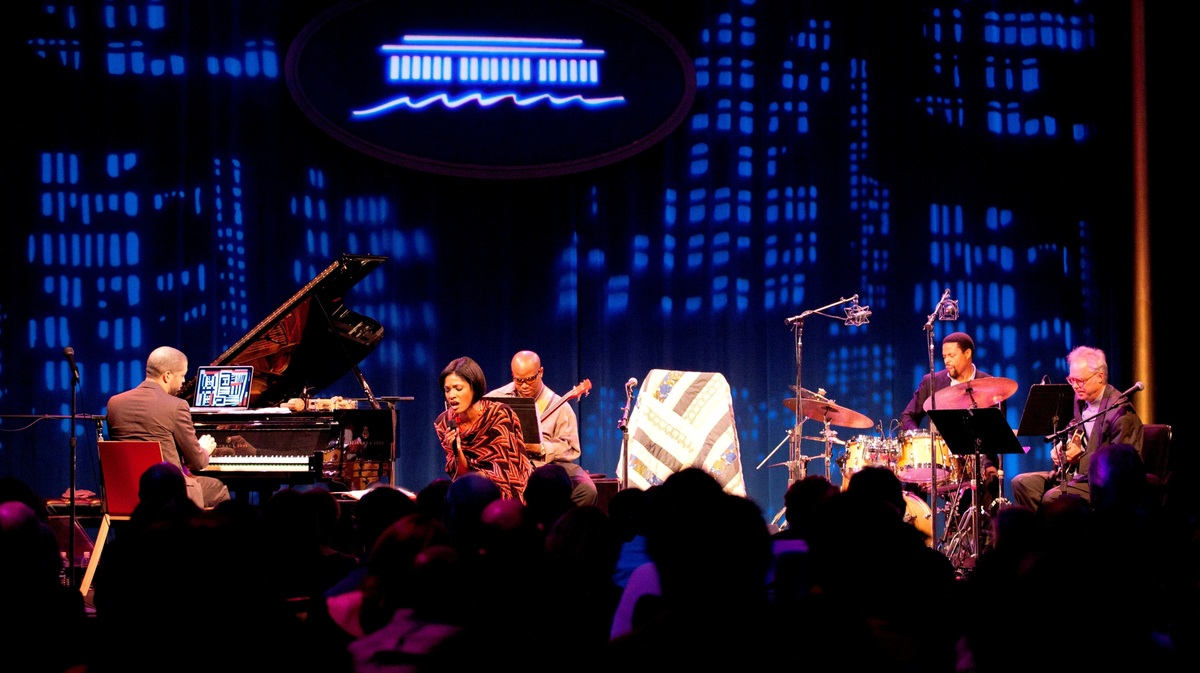 Scott Suchman/Courtesy of the Kennedy Center

Jason Moran's 'Live: Time On The Quilts Of Gee's Bend' Suite On JazzSetWBGO

The Philadelphia Museum of Art recently commissioned Jason Moran to write music in conjunction with its exhibition of quilts made by a remarkable group of African-American women in a small rural community on a bend in the Alabama River.

The quilting tradition there dates back to pre-Civil War days, when slaves began sewing together strips of whatever fabric they could find to make bed covers and keep their families warm. It's a unique style with bold geometric designs and colors, handed down from one generation to the next, from the hard years of tenant farming after the Civil War to the Civil Rights era. The isolation of the community made the quilt designs unique, and in time the artistic merits of the quilts from Gee's Bend received international recognition.

In September 2002, the Museum of Fine Arts in Houston hosted a special exhibition featuring quilts by Annie Mae Young, Loretta Pettway, Mary Lee Bendolph and others. The quilts proved so popular that they toured museums around the country. The U.S. Postal Service even issued commemorative postage stamps. New York magazine art critic Mark Stevens wrote, "The strikingly beautiful quilts just might deserve a place among the great works of 20th-century abstract art."

After receiving his commission, Moran, his wife Alicia Hall Moran and family members toured the quilters' homes and workshops, heard their stories and bought their own quilts. Here at the KC Jazz Club, Moran drapes his over a music stand, and members of The Bandwagon "play the quilt," improvising on the patterns. Bill Frisell sets aside his guitar to read his letter to Moran about Frisell's own visit to Gee's Bend — how he took the ferry but went too far and almost missed the warm welcome.

Alicia Moran's voice is the thread running through Live: Time, as she sings the quilters' songs, first recorded in the field in 1941 and compiled on How We Got Over: Sacred Songs of Gee's Bend. She tells the story of a fictional couple — Sidney and her man Clovis, shot by a gun. Rust-colored blood stains the geometric shapes of their bedspread, and love flows, too, but there's more to the story.

The short story "Cold Water for Blood Stains" is by Asali Solomon and featured in the Winter 2013 issue of The Kenyon Review.

Thanks to the Kennedy Center Jazz team of Kevin Struthers, Jean Thill and Raynel Frazier. Recording by Greg Hartman of the Kennedy Center, Surround Sound remix by Duke Markos. Script for Live:Time is by Mark Schramm.