Accessibility links
Pussy Riot: Prison Ordeal Will Help Us Fix Russia's System Nadezhda "Nadya" Tolokonnikova and Maria "Masha" Alyokhina, in the U.S. for the first time, continue to be outspoken against human rights abuses in Russia. The two members of the punk protest band served nearly two years in a penal colony, time they say helped fuel their message of change. 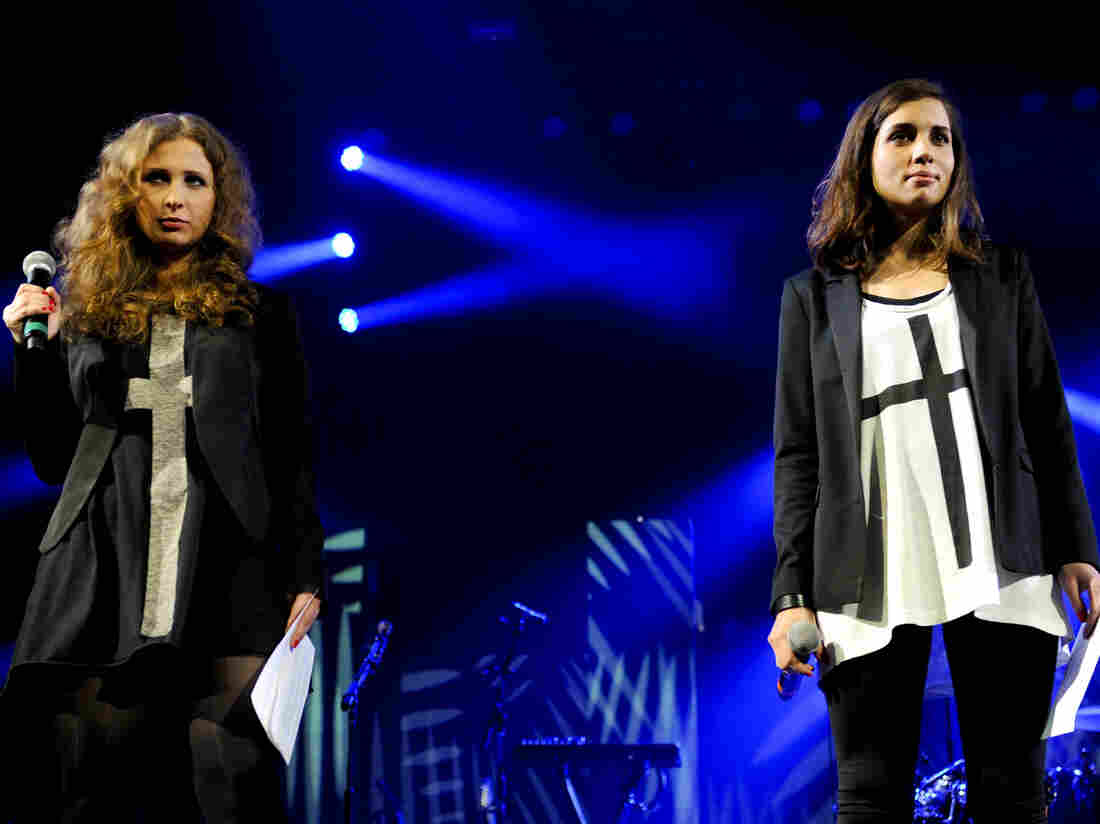 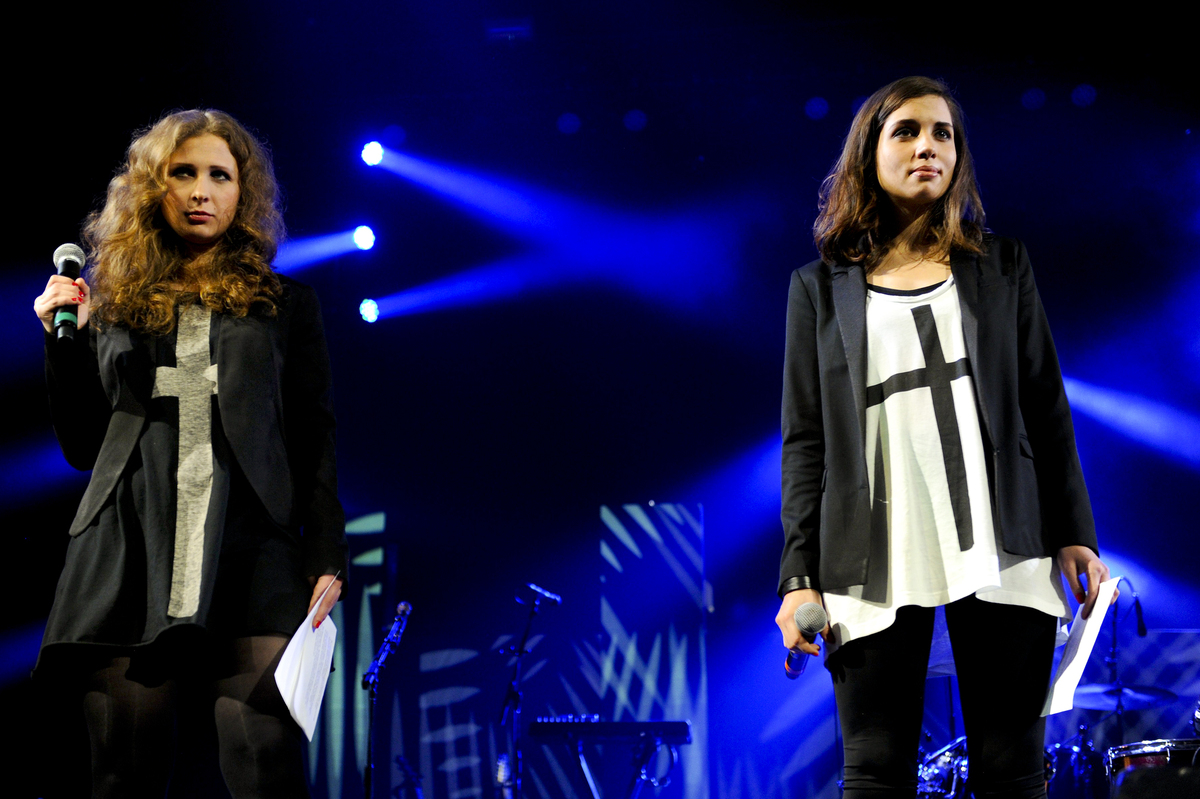 Members of the punk protest band Pussy Riot were just released from jail after spending nearly two years in a penal colony for a controversial performance at a Moscow church in 2012, but they are far from done fighting. Nadezhda "Nadya" Tolokonnikova and Maria "Masha" Alyokhina continue to be outspoken against human rights abuses in Russia, bringing the band's message to the U.S. for the first time.

While there have been protests against the Russian government before, it's a country where the political opposition is always struggling to build widespread support. But that doesn't seem to be stopping Nadya and Masha — both married, both moms, both unabashedly critical of Russian leaders, its government and now, its prison system.

Nadya, Masha and an interpreter stopped by NPR in New York City to talk with Morning Edition's David Greene, an interview they wound up cutting short — with apologies — because they needed to leave to turn their attention to helping some protesters facing charges at home.

But when they sat down in the studio, they began singing in Russian.

"It's a Pussy Riot song called 'Putin Is Lighting the Fires of the Revolution,' " Nadya says. It's the song they wrote when they were being sentenced. 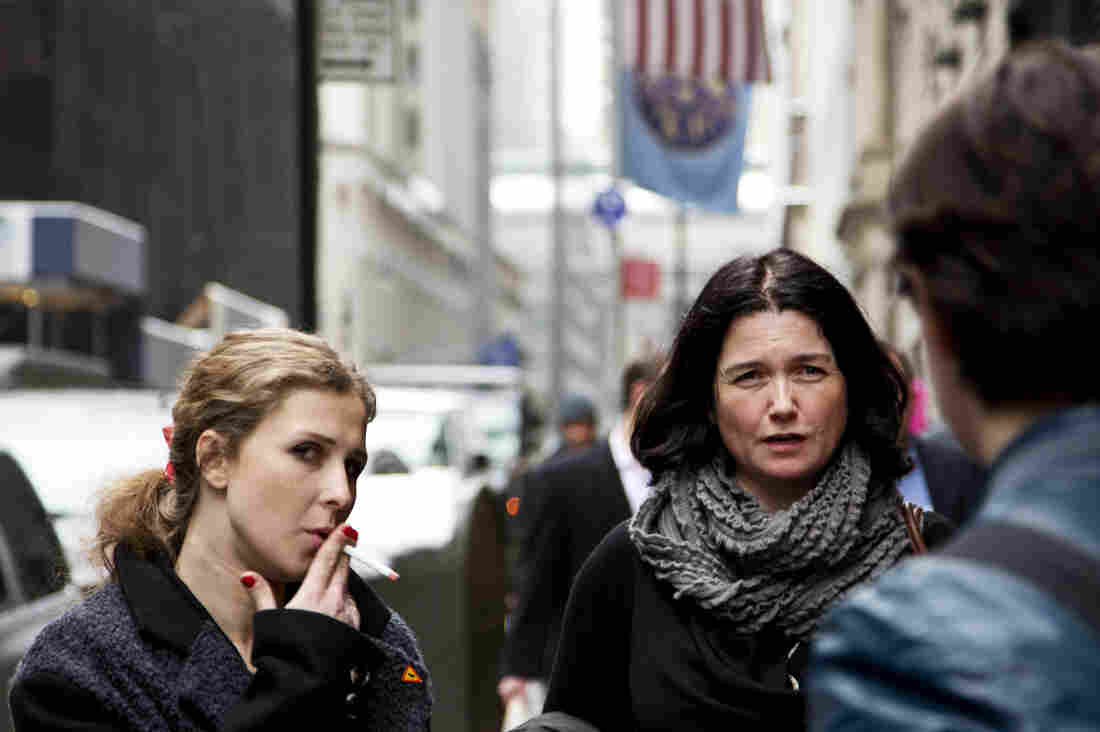 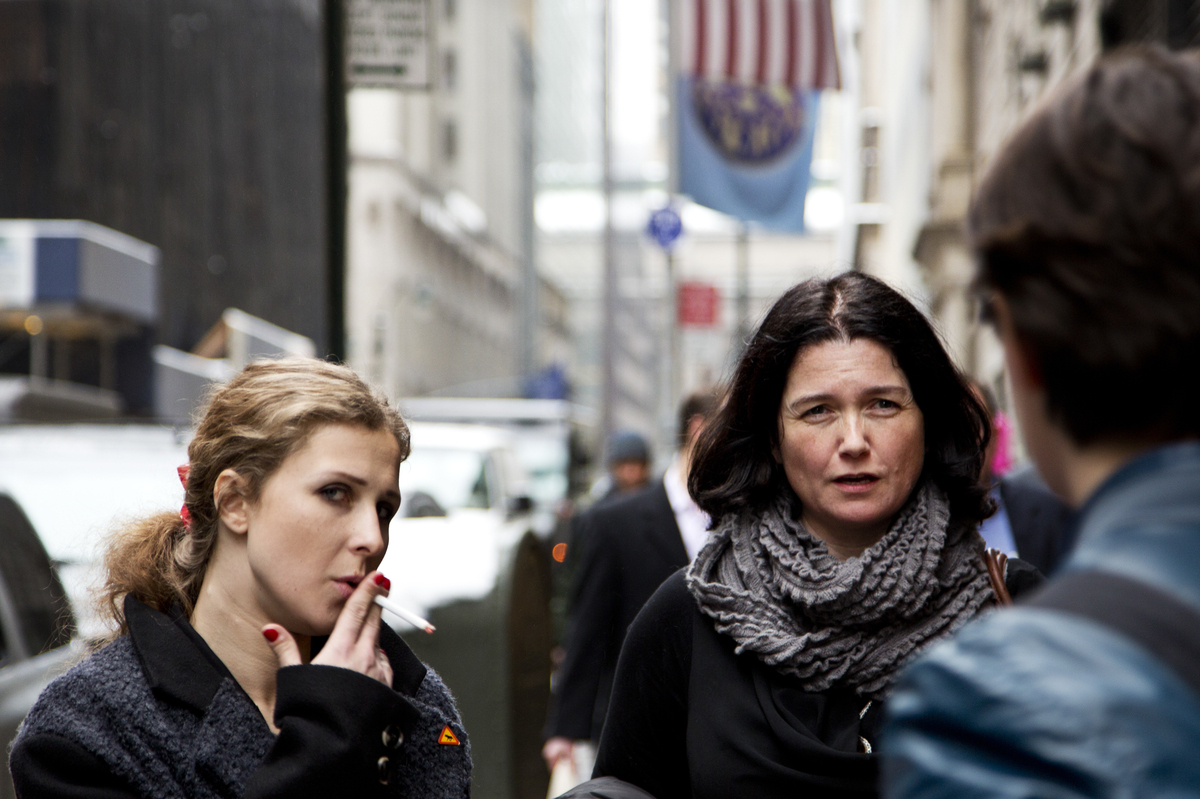 "He's clearly asking for a revolution," she says.

On life in a prison camp 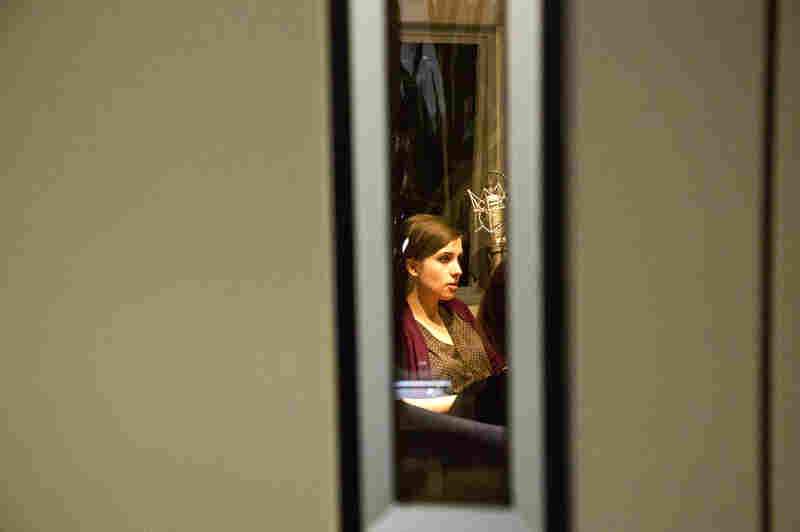 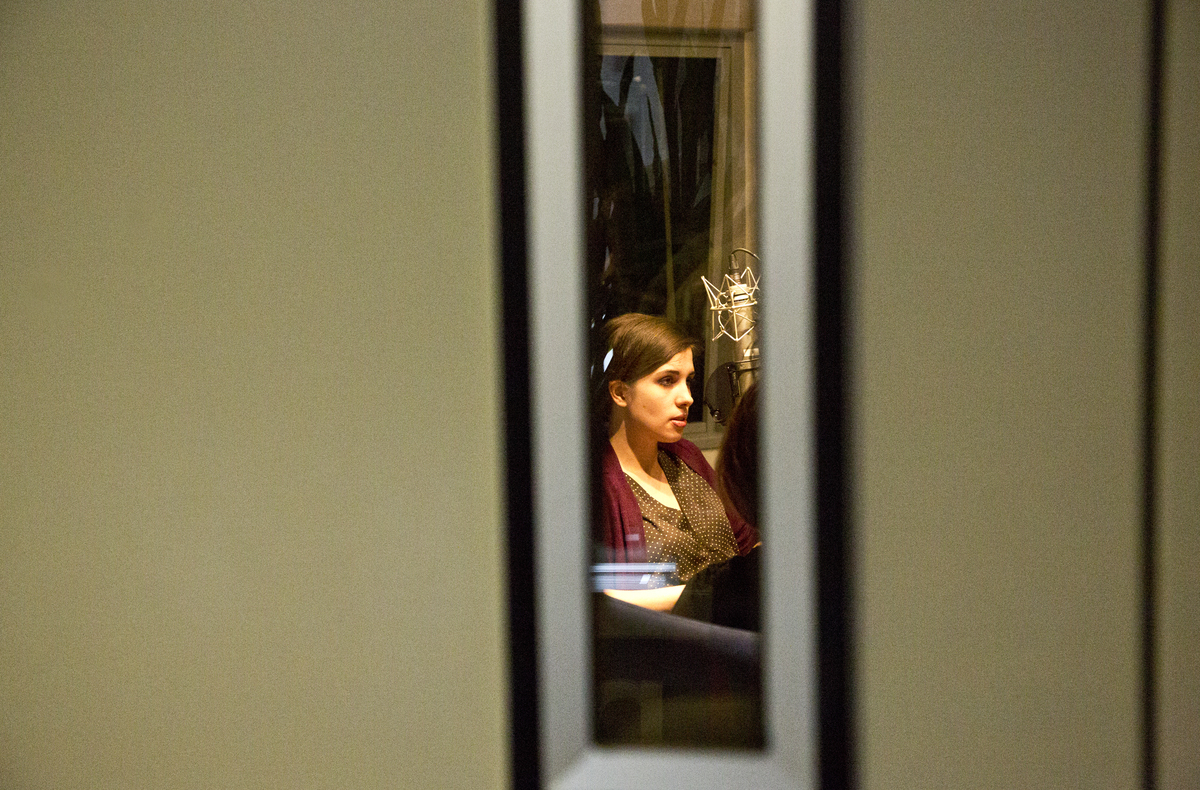 Maria "Masha" Alyokhina: You go to work, and you watch people turning into obedient cogs in a machine that produces police uniforms. If anyone tries to decline to do this work or disagrees in some other way, they might get thrown in solitary or they might get beaten either by the prison guards or by other prisoners who work together with the prison administration and collaborate with them.

On whether, if they could rewind, they would perform at the church in 2012, which sparked their arrests

Nadezhda "Nadya" Tolokonnikova: We don't like to speculatively look back and think about what if. The only way to go is forward.

Masha: This might be hard to understand, but I'm actually grateful to the leadership of Russia for providing me with this experience of being in jail. I think I became a freer person as a result and understood many things that will now enable us to work on fixing this prison system.

[This freedom is] freedom as responsibility for your every step and gesture, freedom for choosing to act honestly and honorably, or dishonestly and dishonorably; freedom as in life.

Masha: Russia isn't necessarily that different from any other country, but there are two factors that come into play: The first is that if you regularly have the protest beaten out of you by the riot police, of course it's natural that you will eventually back down and take a more passive stance. And the second is that people don't believe that change is possible in Russia, and I think one of the things that is vital to turn this situation around — because it can be turned around fairly quickly — but for that we need free media, we need free speech, we need channels that will give the opposition a voice.

On whether there will be more Pussy Riot performances in Russia

Nadya: We are planning on going back to Russia, and the reason we are in a hurry to go right now is we have some very important things to do in support of those who are still jailed in connection with [another demonstration in Russia].