Accessibility links
Perfume's Scents Of Subversion? Sweat, Musk And Patchouli In Scent And Subversion, Barbara Herman explains how, at the turn of the 20th century, most perfumes were still just one note, floral. Then along came a fragrance that changed everything. "With Chanel No. 5," Herman says, "Coco Chanel said, 'A woman needs to smell like a woman, and not a rose.'" 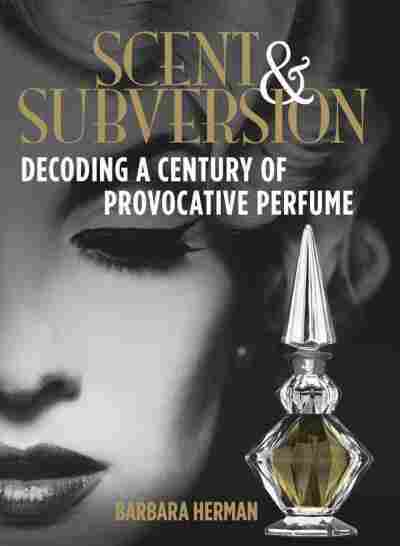 Decoding a Century of Provocative Perfume

Barbara Herman has spent the better part of the past six years taking a deep nosedive into the world of vintage fragrances. Her quest has been to find the bold, sexy and downright odd smells that have defined women over the decades.

The result is a book called Scent And Subversion: Decoding A Century Of Provocative Perfume. It explains how, at the turn of the 20th century, most perfumes were still just one note, floral. Then, a now-iconic perfume came along — one that combined musk with a traditional floral scent.

Herman tells NPR's Audie Cornish, "With Chanel No. 5, Coco Chanel said, 'A woman needs to smell like a woman, and not a rose.'"

With that, the modern perfume business took flight. Through the '30s and '40s, as the role of women became more complex, so did their perfumes.

On how perfumes changed after World War II, when leather and tobacco scents targeted women working in factories

Women were sent back home and women were kind of fed this image that they needed to be at home and baking cookies, but also kind of being sexy. And so you smell this in perfumes with floral notes and kind of good girl, fresh, clean scents.

But then at the base of it are a lot of intense [animalistic] notes, notes that are sourced from animal bodies. And they smell like sweat or secretions, shall we say. And my first experience with one of those perfumes was Miss Dior. And it was the first perfume that really made me realize that when people say, "Oh, it smells like my grandma," that they might not quite want to say that, unless they want to think about their grandmother as a femme fatale. 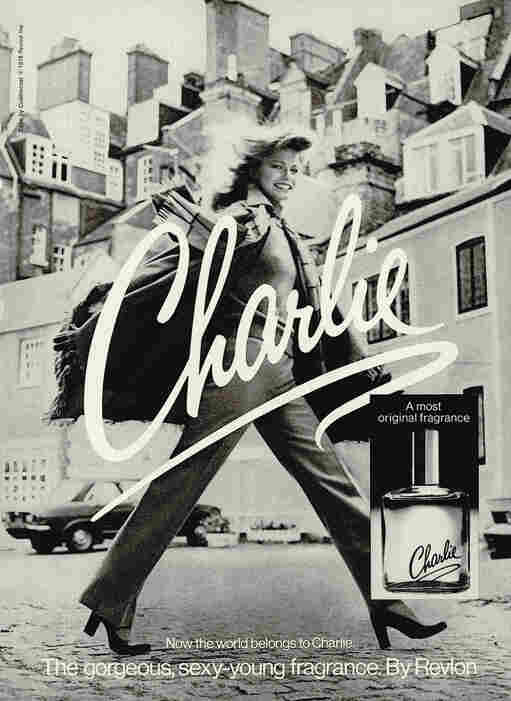 Revlon's Charlie perfume ads showed women in pantsuits strutting down the street or going out for the night. Courtesy of Lyons Press hide caption 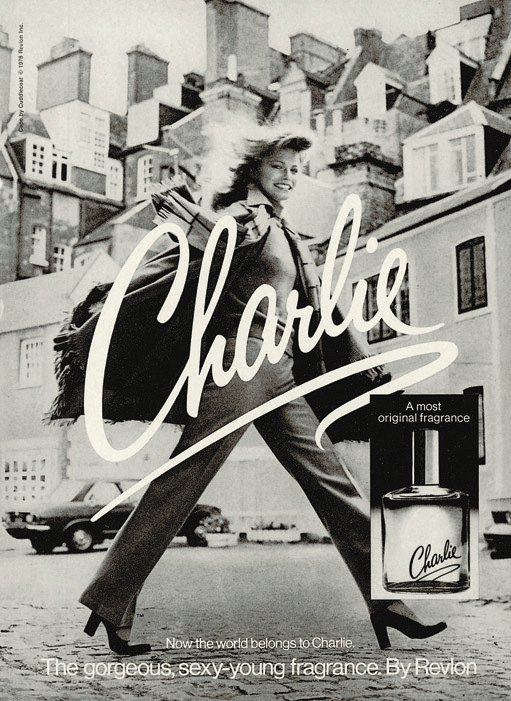 Revlon's Charlie perfume ads showed women in pantsuits strutting down the street or going out for the night.

I love Charlie, first of all, because that was a perfume that my mother wore. And she was a single mother going back to college and I just associate that perfume with that time and with her ...

The thing that I love about the perfume too is that the name is so ambiguous. Like, Charlie, is that her? Is that her name? Is she kind of this unisex creature now? And the perfume itself, it's got florals, but then it has this kind of chypre base, which is a kind of perfume that has oak, moss and patchouli. And, you know, she's both free — it's more of a sport scent, really, than a floral — but she still has some heft to her.

On some scents being so big that people complained

Lore has it that in New York there were signs put up at fancy restaurants that said, "Please, no wearers of Passion, Giorgio or Poison," which were the perfumes of the day with huge floral notes, and had great sillage, which means if you walked into a room people would smell you like 45 minutes later.

On modern perfumes being more tame than vintage fragrances

Why were women in a kind of pre-feminist era able to smell so complex? And now here I am in the '90s or in the early '00s, and the only scents that are available to me are clean and boring, really. Office scents, literally. It seemed paradoxical or ironic that [in] post-feminism, and kind of in a pornified era, our perfumes are actually very tame.

Read an excerpt of Scent & Subversion

The Enduring Allure Of Chanel No. 5

In Search of 'The Perfect Scent'

Promoting Perfume, Not Poppies, in Afghanistan

'Frau Tonis Parfum,' A Perfume For The Individual