Accessibility links
Post Office Could Rack Up Billions By Offering Money Services As the U.S. Postal Service continues to lose money, a new report suggests a way to add to its bottom line: offer banklike services, such as a cash card that would allow customers to load their paychecks and pay bills online. The idea is to provide services that are now unavailable in many communities. 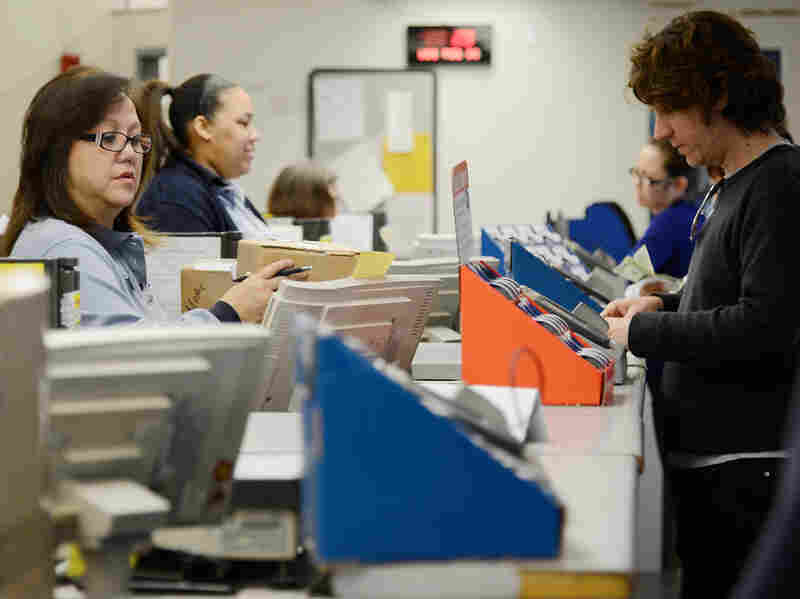 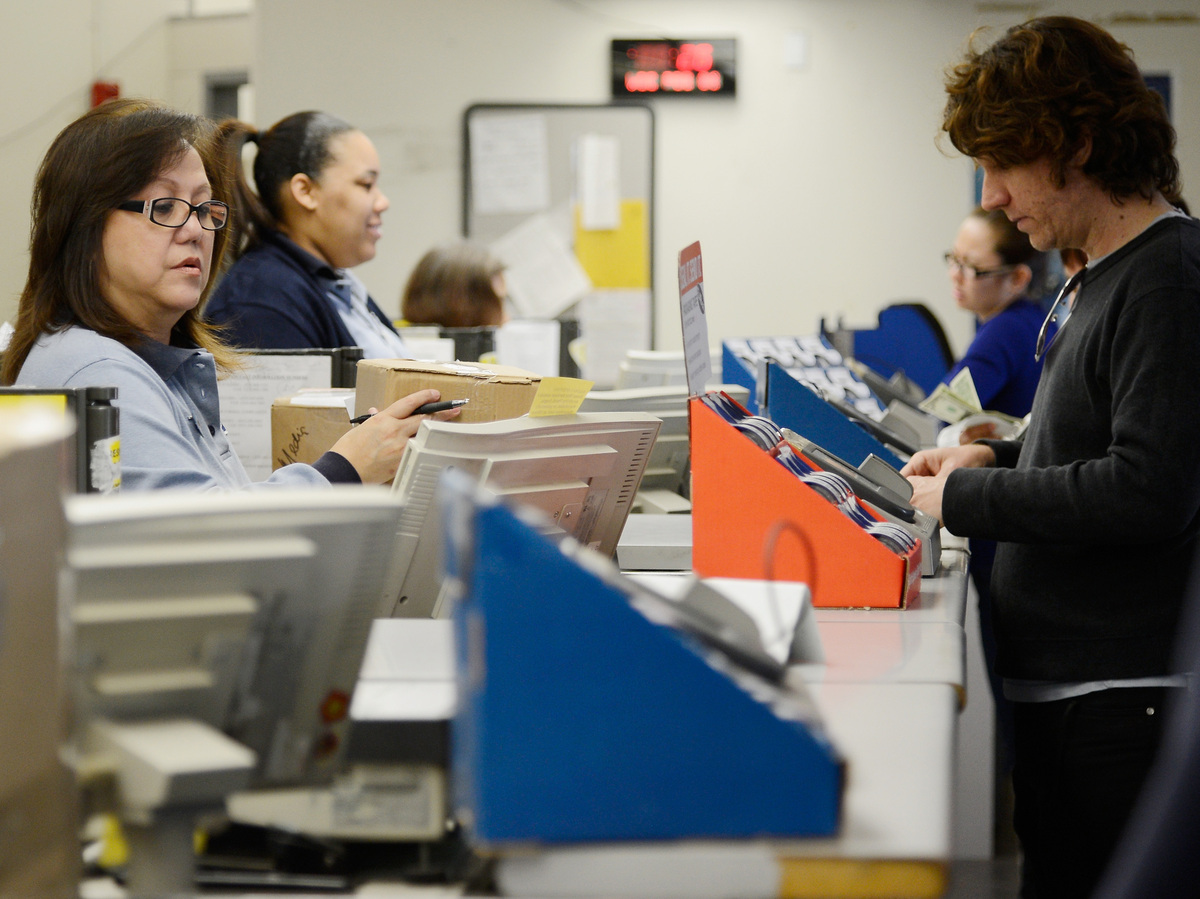 As the U.S. Postal Service continues to lose money each year, a new report suggests a way to add to its bottom line: offer banklike services, such as a check cashing card that would allow holders to make purchases and pay bills online or even take out small loans. The idea is to provide services that are now unavailable in many communities.

More than a quarter of all Americans, some 68 million, are now underserved by banks — "underbanked," as the white paper from the Inspector General of the U.S. Postal Service calls them. They live in places where there are no bank branches, or just one. Many have to rely on check cashing outlets and payday loans, which often charge exorbitant fees.

Betsy Cavendish, president of Appleseed Network, says being able to go to the post office for simple financial transactions would be "win-win. Many people are spending $2,500 a year or so in extra fees."

"They have a lack of options for small-dollar loans and too few savings vehicles. Meanwhile, the Postal Service is in every zip code in the country and could potentially offer needed financial services," she says.

The so-called underbanked are mostly low income, and many live in cities, but plenty are in rural areas. Banks have been closing branches — more than 2,000 were shuttered in 2012. But of the nation's 35,000 post offices, more than half are in zip codes with one or no banks.

Saying "I'm going to the post office to cash a check" may sound strange to our ears, but for our grandparents or great-grandparents, it wasn't at all unusual.

Post office banking was even a campaign issue in 1908 and might have helped Republican William Howard Taft win the White House. Taft said allowing people to bank in post offices "will be a great incentive for thrift in the many small places in the country having now no savings bank facilities which are reached by the post office."

The Inspector General's report outlines services that could be offered through a Postal Service prepaid card.

In 1910, Congress established the Postal Savings System. It was aimed at getting people to take their money out from under their mattresses, and giving those who didn't trust banks another option.

Phil Rubio, a former letter carrier who teaches history at North Carolina A&T, says for a while, it was quite successful. "By the year of the Wall Street crash, 1929, they had $153 million on deposit. Postal savings banks were considered safe during the '30s when commercial banks were crashing." Rubio says their peak year was 1947 when they had $3.4 billion on deposit.

But after World War II, banks raised their interest rates, making the 2 percent the post office was paying for savings less appealing. By 1967, the Postal Savings System was out of business.

Is it time to try again? The Inspector General's report estimates the Postal Service could make $8.9 billion annually in new revenue by offering banking services. For an agency that lost $5 billion last year, that's a tempting prospect.

But the banking industry is dead set against the post office getting into its business.

Consumer Bankers Association CEO Richard Hunt calls the idea "the typical Washington, D.C., mentality. You've got an agency of the government losing money, so what do they say? 'Well, maybe we should go to a field that we know nothing about 'cause there's possibly money there.' That would be like my flying a 747 because I slept at a Holiday Inn Express last night."

But the Postal Service itself has yet to embrace the idea, saying only that it is reviewing the report.