Accessibility links
Abuse Allegations Revive Woody Allen's Trial By Media Actress Mia Farrow and two of her children have revived allegations that the film director sexually abused his daughter more than 20 years ago. The charges and countercharges are playing out not in the legal system but in social media, on blogs and in big-name publications. 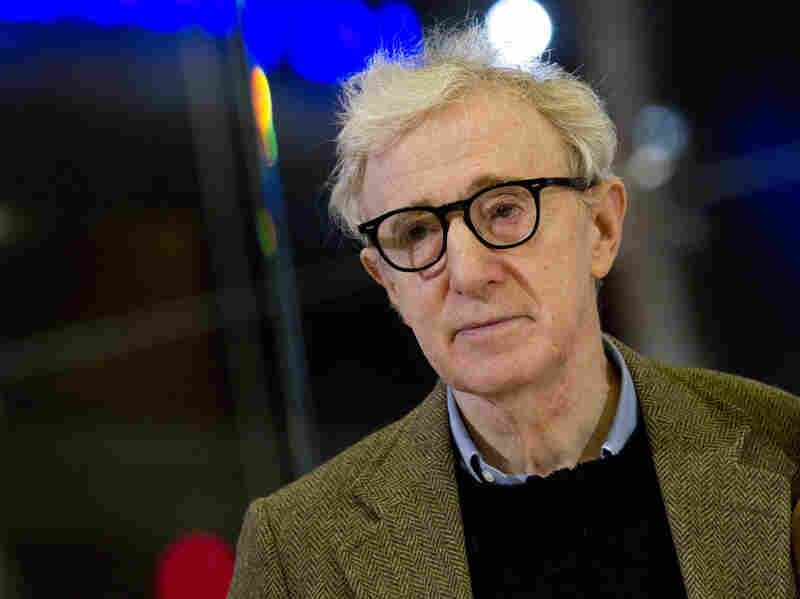 Director and actor Woody Allen poses on the red carpet in Rome in 2012. A debate is raging in the media and social media over allegations that Allen sexually abused his daughter two decades ago. Andrew Medichini/AP hide caption 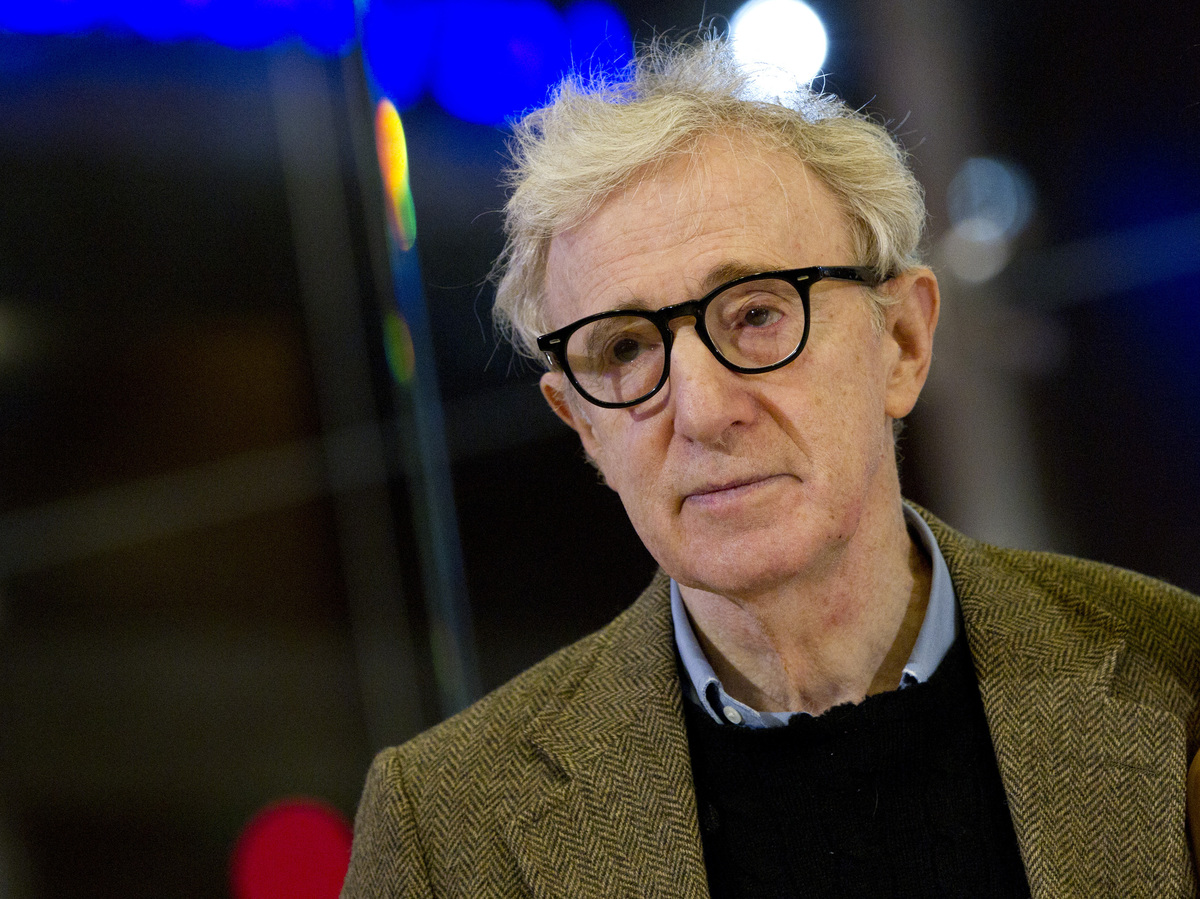 Director and actor Woody Allen poses on the red carpet in Rome in 2012. A debate is raging in the media and social media over allegations that Allen sexually abused his daughter two decades ago.

The comedian and movie director Woody Allen responded vigorously late Friday to allegations that he had sexually abused his daughter more than two decades ago.

The story of why Allen chose to address these once-dormant allegations again involves celebrity, trauma and a battle newly joined in the press and on social media.

Allen was never charged, but his adopted daughter, Dylan Farrow, has of late revived her allegations, as have her famous mother, Mia Farrow, and brother Ronan Farrow. Allen and Farrow were romantic partners for a dozen years; Dylan and Ronan are their children.

In a piece posted on The New York Times website Friday evening, Allen depicted the accusations as part of Mia Farrow's retribution against him after a bitter split. "Of course I did not molest Dylan," he wrote. "I loved her and hope one day she will grasp how she has been cheated out of having a loving father."

Back in mid-January, amid the broadcast of the Golden Globe Awards, the actor Emma Stone helped pay tribute to Allen's career. She called him "a genius who takes chances and never compromises his vision."

That was enough for Mia Farrow, Allen's former movie co-star as well as girlfriend for a dozen years until their relationship ended in the early 1990s.

As the tribute came on, Farrow tweeted, "Time to grab some ice cream," followed later by one that said, "Golden Globe tribute showed contempt for [Farrow] & all abuse survivors."

In his own tweet, their son Ronan Farrow wrote, "Did they put the part where a woman publicly confirmed he molested her at age 7 before or after Annie Hall?"

Twitter erupted with people taking sides — much as they did years ago as the Farrow-Allen relationship imploded. Mia Farrow had found provocative pictures Allen had taken of her teenaged daughter Soon-Yi Previn. Previn was past the age of consent at the time the pictures were taken and was not Allen's daughter, but the disclosure prompted an outcry.

Allegations Via Columns, Defense Via Blog

Robert Weide, who made a PBS documentary about Allen's career and remains friendly with the director, decided to write an article for the Daily Beast defending Allen. "We can always have the discussion — as though it were our business — whether Woody had any right to get involved [with] Soon Yi," he tells NPR. "And I understand that people are creeped out by it because of the age difference and because she was the daughter of Woody's girlfriend. But that's not a criminal offense."

In his article, Weide emphasized a finding from experts at Yale-New Haven Hospital, who concluded that Dylan probably hadn't been abused. He also noted that a Connecticut prosecutor had been rebuked for saying there was proof of abuse, even as he decided not to prosecute Allen. 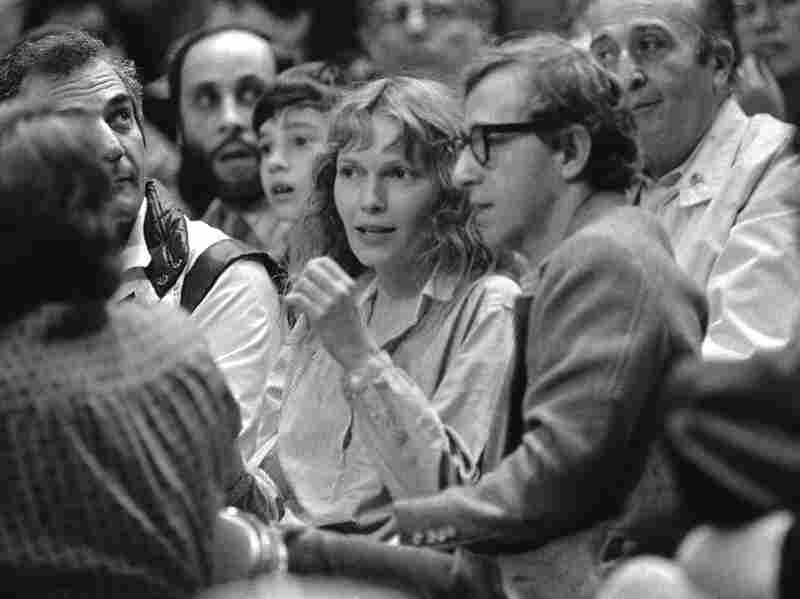 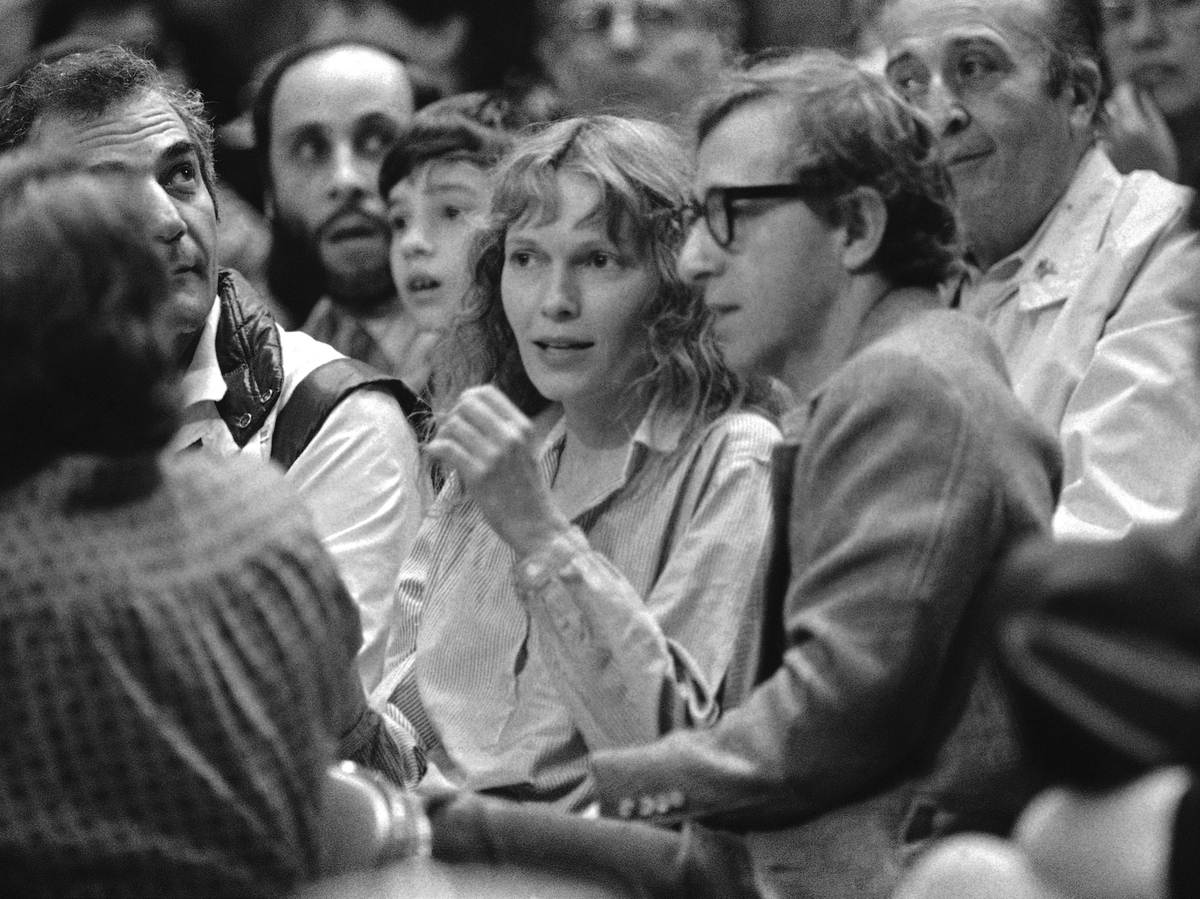 "In the aftermath of the famous tweets from Ronan and Mia the night of the Golden Globe Awards," Weide says, "I went online and I was seeing all the Internet chatter about it — and found that people were still making the same mistakes that I had heard people make for 20 years."

Dylan Farrow, now 28 and using a different name, first revived her allegations last fall in a profile of her mother in Vanity Fair magazine. But Mia Farrow's claim that Ronan might actually be the son of her first husband, Frank Sinatra, drowned out those claims.

Dylan wrote a harrowing statement detailing her accusations. The ensuing debate over the allegations — and how to handle them — has split newsrooms and journalists of all ideological stripes.

The Los Angeles Times declined to publish Farrow's article, according to The Wrap, and Politico reports that the New York Times editorial department decided against printing it as its own opinion piece.

Farrow's statement appeared instead, verbatim, on Times columnist Nicholas Kristof's blog. He also excerpted it heavily in his column.

In doing so, "[Kristof] turned his column over and gave her his authority," says Kelly McBride, a media ethics scholar at the Poynter Institute. "And the reality is, if this had been a memoir written by someone who was claiming to have been abused by an unknown person — somebody whose name we didn't recognize — we would have no objections to that at all." McBride has written extensively about the coverage of sexual abuse.

"But because Woody Allen has a reputation out there, we somehow feel like his right to protect his reputation trumps her right to tell her story," says McBride. "And I don't think it does."

Kristof declined to talk to NPR about his decision to publish Farrow's statement.

Kristof has written that he became a friend of Mia Farrow and Ronan Farrow, now an MSNBC host, through their human rights activism. But some critics, including the Times public editor, Margaret Sullivan, questioned whether such a one-sided account was fair.

"Not to bring everything back to social media, but I saw a lot of people on Facebook and Twitter sharing Weide's Daily Beast piece as a kind of rebuttal to Dylan Farrow's open letter," she says. "I found it very strange that people thought that those two voices should be equal."

Even within newsrooms, the question has sparked debate. Winter's Slate colleague Dahlia Lithwick argues that the revived allegations against Allen have prompted disputation, not journalism. "I'm not sure that in the absence of any rules of the road, this gets us to the truth," she said.

Lithwick decries what she's called "litigation by hashtag," instead advocating a balance of presumption of innocence with respectful treatment of those who say they have been abused.

Moses Farrow, another of Mia's adopted children, broke with his mother and told People magazine earlier this week that Allen never molested his sister.

Late Friday evening, the New York Times posted Allen's rebuttal. He renewed his denunciation of his former girlfriend, who he said had convinced Dylan to make untrue allegations because of her own sense of betrayal over his involvement with Soon-Yi Previn. The piece, Allen wrote, would be his final word on the matter.