Accessibility links
You Must Read This: 'Widow Basquiat,' By Jennifer Clement In her unconventional memoir, Jennifer Clement writes about the famous artist Jean-Michel Basquiat and his relationship with Suzanne Mallouk — from Mallouk's perspective. Rebecca Walker says it's harrowing, beautiful and utterly riveting.

From Muse To Outcast, A Woman Comes Of Age In 'Widow Basquiat'

From Muse To Outcast, A Woman Comes Of Age In 'Widow Basquiat' 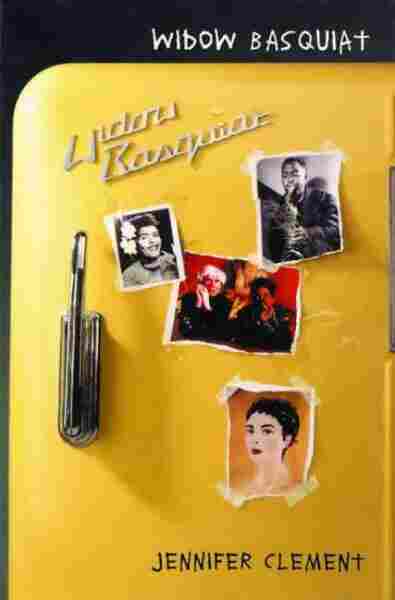 Much has been written about Jean-Michel Basquiat, the childlike savant and startlingly brilliant neo-expressionist who went down in a ball of heroin, cocaine and rage before his prime — before he could see his paintings sell at Christie's for $49 million, before he was compared to Picasso and de Kooning. Since his death in 1988, he has been immortalized in countless museum catalogues and even more Ph.D theses, and rendered larger than life on the silver screen by none other than the king of the eighties art world himself, Julian Schnabel.

In the circle of artists I feel fortunate to call friends and colleagues, Jean-Michel's name has been uttered a thousand times — he's our hero, inspiration and cautionary tale. His courage shaped us, showed us how to make art that challenged assumptions about high and low, rich and poor, black and white. His work telegraphed that our stories — our double consciousness, our ability to see the commodification of race and our reluctant, indignant, complicity in that commodification — could be transformed into a striking visual language, channeled into work both breathtaking and original, cryptic and painfully clear. We could take the material of our lives and make it scream.

And yet the intimate moments behind the larger-than-life figure of Jean-Michel are rarely spoken. We know Jean-Michel worked furiously, often high on heroin, in the basement of his dealer, Annina Nosei — who sometimes sold his paintings against his will, before he felt they were finished. We know his mother was in and out of mental institutions, that his father stabbed him and that he ran away from home when he was a teenager. But what of Jean-Michel's lovers — the women and men who stood by his side, and were, because they loved him, forced to watch his self-destruction?

To know Jean-Michel's beautiful prison, to see the gruesome reality his fame and genius bought, to know the actual price of his ticket, a true story is required. You can look through the museum glass for an eternity, but to know the man you must dwell, at least for a time, within the walls of his glass house.

Jennifer Clement grants the reader this access and more in her sublime, poetic biography, Widow Basquiat. She chronicles her close friend Suzanne Mallouk's love affair with Basquiat in elegant, spare, riveting prose, and constructs a textured narrative Mallouk describes as "inspired by" her own writings and stories. Drawing from Mallouk's memories Clement takes us from innocent crush to live-in-lover, from muse and confidant to outcast: collateral damage of Basquiat's drug habit and suffocating paranoia.

What I love so much about this book — the trick of it — is that Widow Basquiat is not only about Jean-Michel. It's also about Suzanne Mallouk's experience of Jean-Michel. In working with Clement, she refuses to spin the requisite mythology and reclaims ownership of at least one part of the Basquiat narrative: her own. And by committing Mallouk's story to paper, Clement sets the stage for Suzanne to be seen and understood as a subject in her own right, an artist digesting another artist, not simply another object of Jean Michel's constant craving. Seen through this lens, Widow Basquiat can be read as a powerful female coming of age story.

In the so-called "memoir," Mallouk is watching Basquiat, yes — and we see him grasp the nettle and release it because he cannot stand the pain, we see him die by his own hand in a battle he thought he could win. We see Mallouk seeing him, but we also see her seeing herself. He loves her, he hates her; he trusts her, he blames her for his pain. He is loyal, he sleeps around; he gives her expensive gifts and then demands them back. But all of this comes from the perspective not of a worshipful acolyte, a writer looking to paint a portrait of a famous man, but of a young woman looking back at a great affair — facing the choices she made to love, to stay, to understand, to grow and, ultimately, to walk away.

Widow Basquiat is a portrait of two artists. Mallouk is one of them, and here Basquiat is her endlessly enigmatic muse. It's a harrowing, beautifully told love story about two seekers colliding in a pivotal moment in history, and setting everything, including themselves, on fire.

Rebecca Walker is the author of Adé: A Love Story.