Accessibility links
Romance Novels Sweep Readers Off Their Feet With Predictability At $1.4 billion, romance is by far the biggest sector of the publishing industry. Harper's editor Jesse Barron looked into the business of romance and its peculiarities for this month's issue. He says the key is copying the elements that made other authors successful — down to the cover model's pose.

Listen · 5:33 5:33
Romance Novels Sweep Readers Off Their Feet With Predictability 5:33 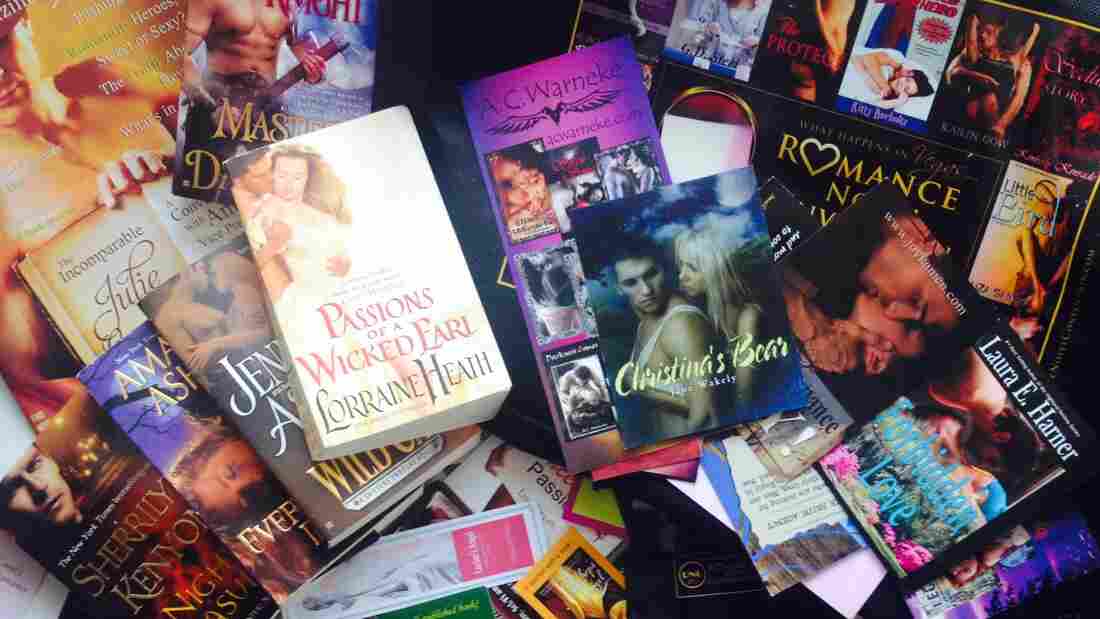 Jesse Barron's TBR pile of HEAs (that's "To Be Read" and "Happily Ever After" for you non-romance readers), includes several authors featured at the 2013 Romance Novel Convention. Jesse Barron hide caption 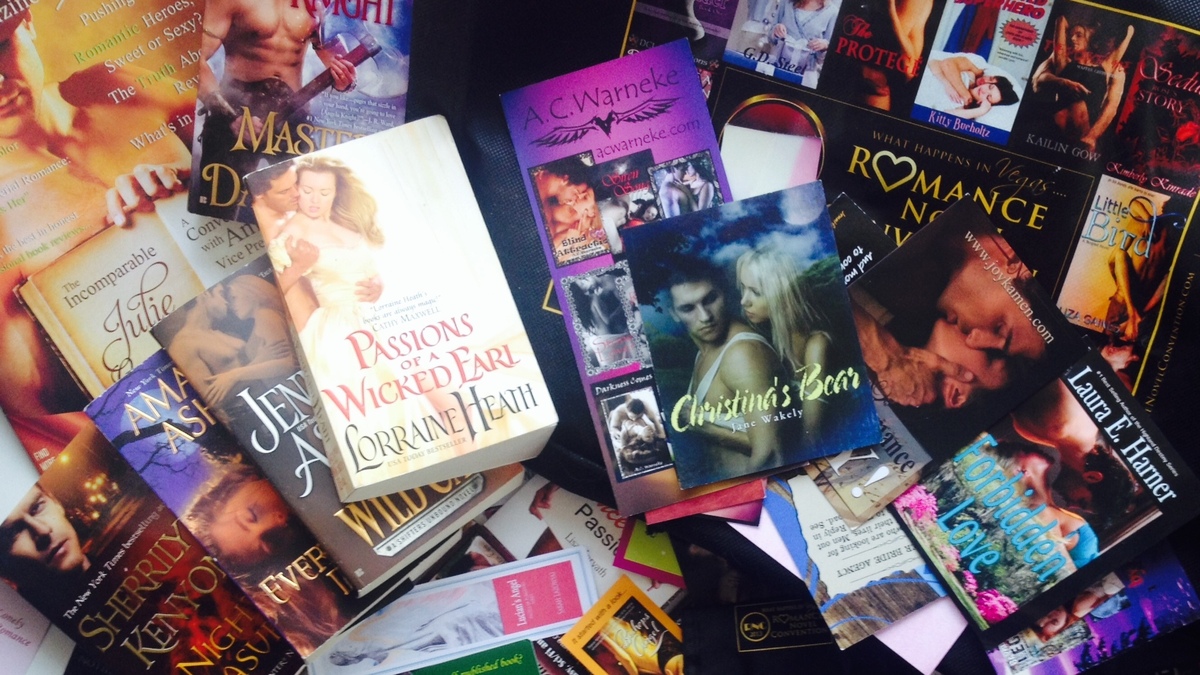 Jesse Barron's TBR pile of HEAs (that's "To Be Read" and "Happily Ever After" for you non-romance readers), includes several authors featured at the 2013 Romance Novel Convention.

Romance novels are a $1.4 billion industry, dwarfing the literary book market by millions.

Barron wrote about the gathering and the industry in this month's issue of Harper's. He tells NPR's Arun Rath that readers of romance novels have specific expectations, particularly about the heroine.

He recounts this important piece of advice from an instructor at the gathering: "She's gotta be tough, but she can't be cold, she can't be whiny ... and if she's got those walls up, you must show her vulnerability. She is just like the reader."

Authors have even figured out what kinds of cover poses are more likely to make customers swoon.

On the craft of romance writing

Don't Hide Your Harlequins: In Defense Of Romance

Heroes and heroines in romances never, ever cheat ... it's really about the relationship between two people and the way that they gradually become more vulnerable to each other over time.

It's estimated that about 60 percent of all romance novels are e-books, and that's compared with about 40 percent of trade fiction. I think one thing is that literary fiction does not get along well with e-books and self-publishing because it takes too long to write, and e-books are cheap. So e-books will favor writers who can write schematically, quickly.

On male models in a woman's business

Romance is published, written, edited, bought by women. Ninety to 95 percent of romance readers are women. The one exception in the industry is male cover models. These are guys who sell stock photos to writers directly or sometimes custom photos or sometimes to editors to put on the covers of these e-books. And the stock photos sell anywhere from maybe $15 bucks to $300.