Accessibility links
Art Laboe And His 'Devil Music' Made Radio Magic Laboe, a radio icon in Los Angeles, built a broadcasting career as one of the first DJs to play rock 'n' roll and to take requests live on the air. At 88 years old, he's still drawing listeners in, six nights a week, playing the "Oldies But Goodies" that made him famous. 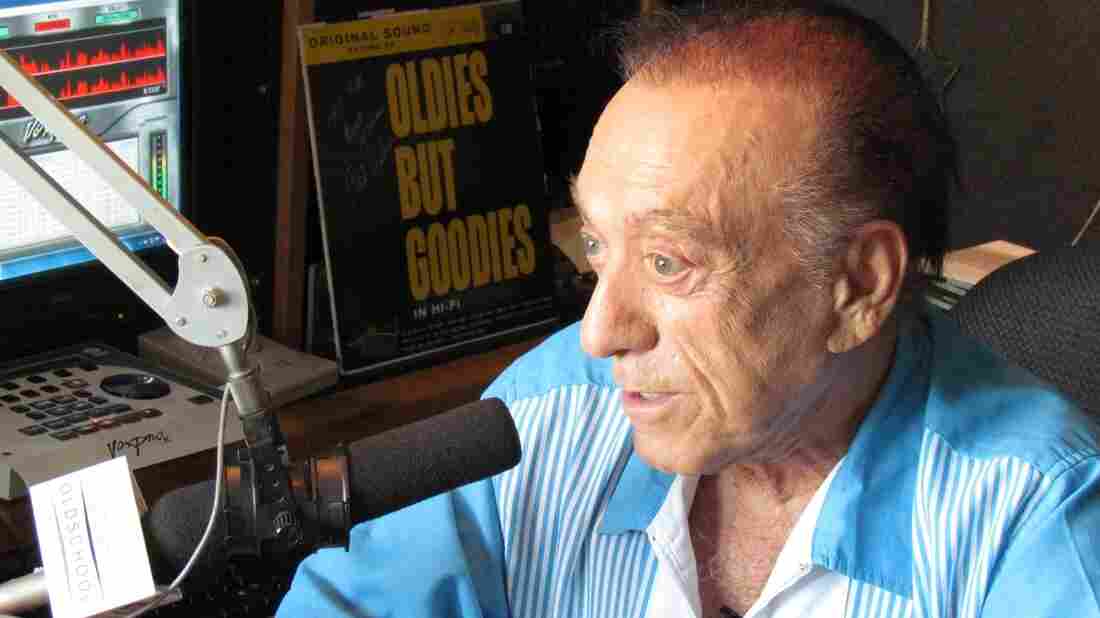 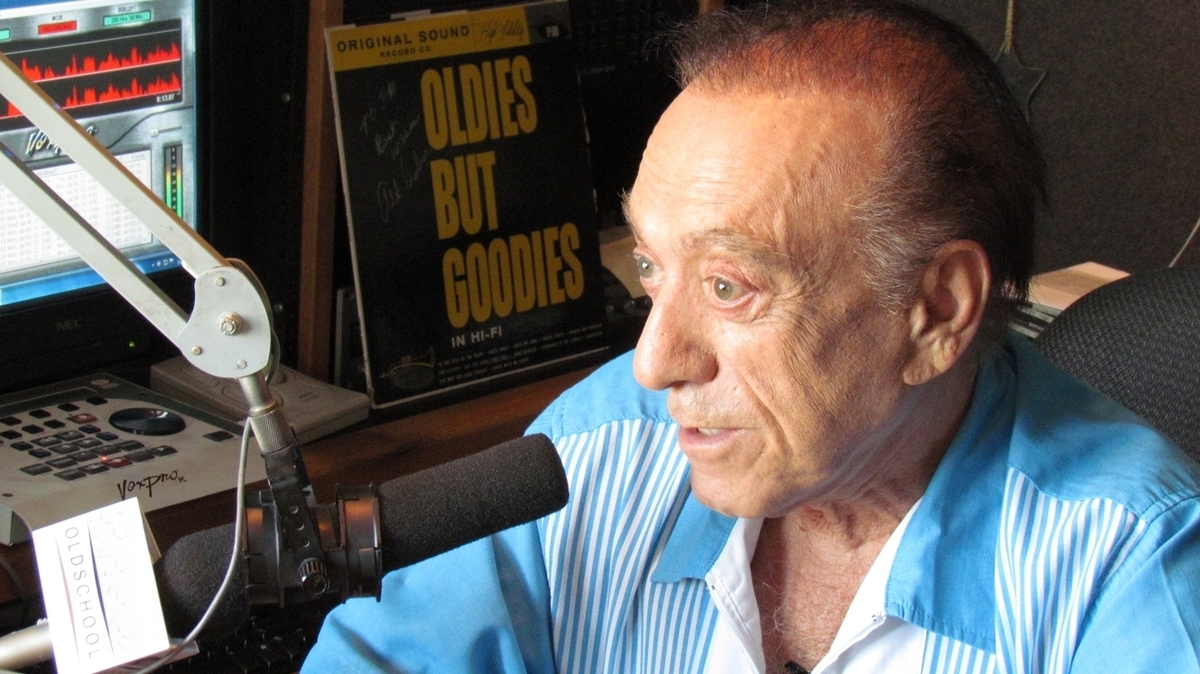 Radio DJ Art Laboe has been honored with a star on the Hollywood Walk of Fame and a place in the National Radio Hall of Fame.

At 88 years old, and after seven decades in the business, Los Angeles radio host Art Laboe is still at it.

Six nights a week on The Art Laboe Connection, Laboe takes requests from his loyal listeners, who tune in on more than a dozen stations in California and the Southwestern United States.

This week, he'll be hosting his annual series of Valentine's concerts, featuring the "Oldies But Goodies" he's played for decades.

Laboe, with his welcoming baritone voice, has won his share of accolades over his long career. Among others, he received a star on the Hollywood Walk of Fame in 1981 and a spot in the National Radio Hall of Fame in 2012.

But it's the adoration of Laboe's fans that keeps him going.

"You have a beautiful, handsome voice," caller "Leticia" recently told Laboe on the air. "You're in the right field."

In Love With Radio From An Early Age 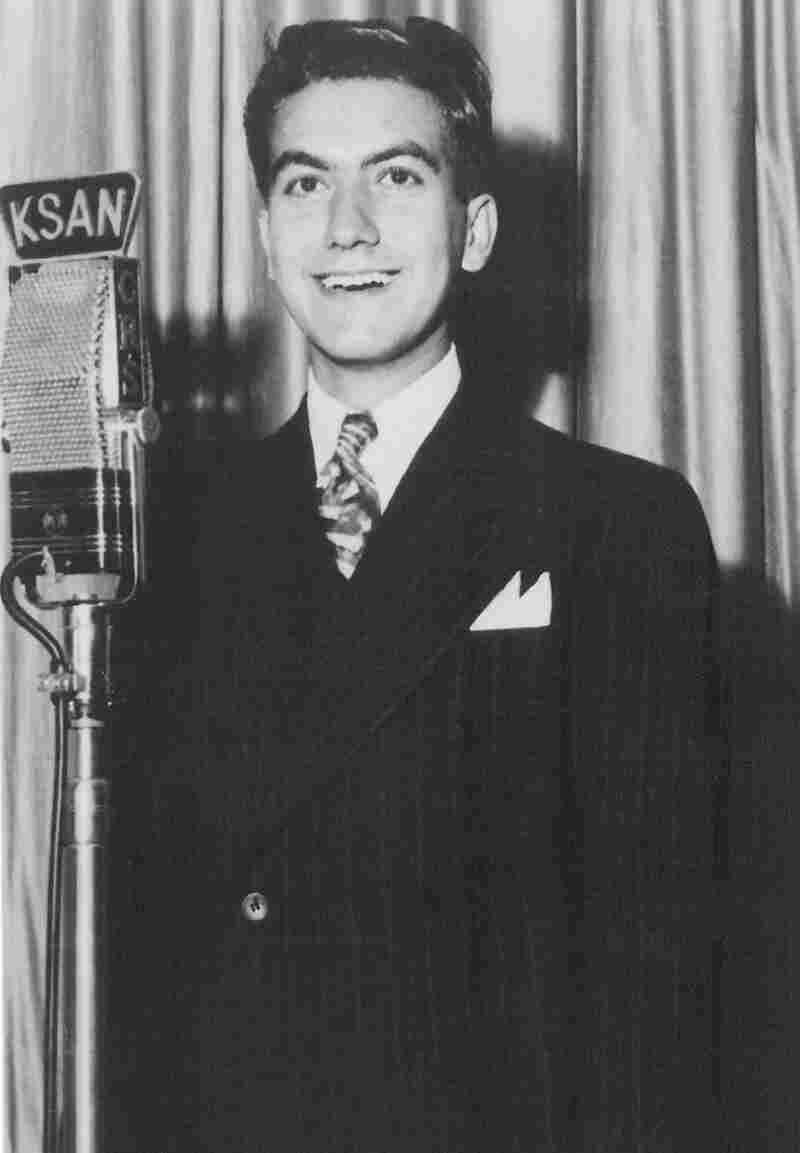 Laboe's story starts in 1925, when he was born Arthur Egnoian in Salt Lake City.

He says from the moment his family got their first radio, he was hooked.

"I was 8 years old and we plugged it in, and I told my mom, 'Mom, the box is talking!' " Laboe recalls. "And after that, she couldn't tear me away from this radio."

By the time he was a teenager, he was on the air himself with a low-watt ham radio.

"I'd talk to neighbors and I'd give them a phone number once in a while," Laboe says, "and I could get a call or two."

He served in the military during World War II, and his training for the U.S. Army Signal Corps helped him to talk his way into a job in radio. It was a station manager at KSAN in San Francisco who said he should change his last name from Egnoian to Laboe.

By the mid-1950s, the newly renamed Art Laboe was hosting his own show in Los Angeles, just as rock 'n' roll was bursting into the scene. And Laboe wanted to be part of it.

Even early on, Laboe was an innovator. He would get out of the studio and broadcast live from now-defunct Scrivener's drive-in restaurants in LA. People would sit in their cars, windows rolled down, and shout out requests.

"He understood that cars and music and teenagers go together, especially in Los Angeles," says Josh Kun, a journalism professor at the University of Southern California. 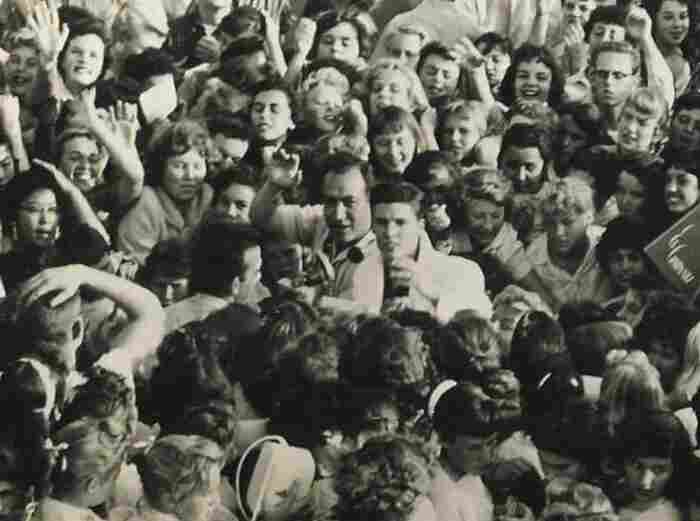 Laboe waves next to actor-musician Ricky Nelson (center, in the white blazer) amid a mob of fans in 1957. Courtesy of Art Laboe hide caption 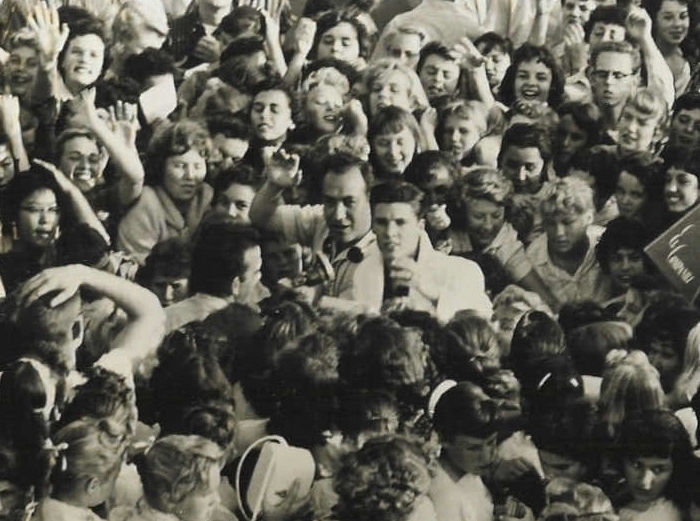 Laboe waves next to actor-musician Ricky Nelson (center, in the white blazer) amid a mob of fans in 1957.

Kun says the on-air requests — with messages to loved ones serving in the military, or even in prison — have always been the key to Laboe's appeal.

Over the decades, Laboe has worked as concert promoter, helped produce new artists, and was one of the first people to sell compilation albums with his "Oldies But Goodies" series.

But on one station or another, Laboe has remained on the radio — and stayed with his listeners.

Among LA Latinos, Laboe An 'Icon'

Somewhat surprisingly, this 88-year-old Armenian-American has his most ardent following among Latinos.

A group called the South El Monte Arts Posse has been gathering oral histories and photos of the city's early rock 'n' roll scene and its connections in Mexican-American life. Laboe is part of that tradition.

Rubén Guevara, a 71-year-old musician, attended a recent event held by the Arts Posse. And he says Laboe has provided the soundtrack to a lot of life in Southern California.

Laboe played "music we fell in love to, got married to, raised kids with," Guevara says. "And he became, you know, a really constant family member."

He says what makes Laboe's show powerful, is "just knowing that you were being heard."

No Plans To Retire

Laboe says it's "difficult" to think of leaving the business: "I'm still a radio guy," he says.

It's even harder for his fans to think of him going off the air.

Susan Straight, a writer and professor at the University of California, Riverside, says she grew up listening to Laboe and still calls in with her own dedications.

"I think of him as timeless," she says. "And I have to confess, I have never, ever thought about there being a night, when Art Laboe's voice wasn't there."