Accessibility links
Interview: Trevor Cox, Author Of 'The Sound Book' As an acoustic engineer, Trevor Cox has spent most of his career getting rid of bizarre, unwanted sounds. But in The Sound Book, Cox turns up the volume on those sonic oddities. The book explores weird echoes and unexpected noises from around the globe — including "whisper galleries" and a chirping pyramid. 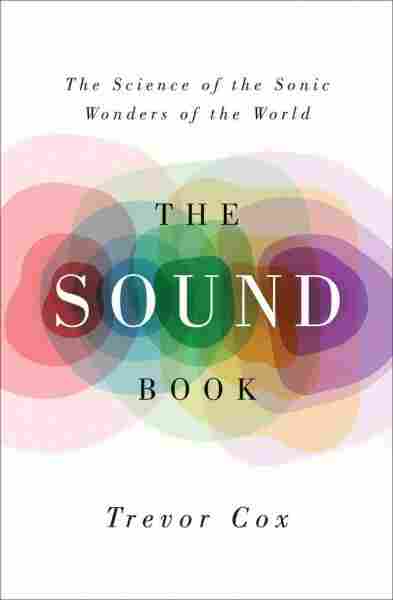 The Science of the Sonic Wonders of the World

Trevor Cox has heard it all. He's a professor of acoustic engineering at the University of Salford in England, and he delights in discovering unusual noises. He's also author of The Sound Book: The Science of the Sonic Wonders of the World, which describes some of what he's found.

In the book, Cox explores naturally occurring and man-made environments that have surprising acoustical characteristics. He's gone to creaking glaciers, humming dunes and a Mayan pyramid that chirps like a bird. He's also done a fair bit of noisemaking himself, testing acoustics in interesting places. "I do seem to spend a lot of time bursting balloons," he tells NPR's Robert Siegel.

Cox and Siegel listen to some of those balloons popping, talk about echoes and anechoic chambers and take an aural ride along one of Cox's favorite sonic mishaps.

On whisper galleries, many of which are architectural accidents

In Britain, probably the most famous whispering gallery is in St. Paul's Cathedral. And you can go up into the base of the dome and you whisper into one side of the dome and the sound skims around the inside, and your friend can hear it on the other side you know, 30, 35 feet away, and it sounds like this whisper's emerging from the wall remarkably loud. ...

It's just pure accident. You can get it out of lots of curved surfaces. There's a dam in Australia which acts like a whispering wall. Well, they didn't build a dam in Australia to give you this acoustic effect, but it's a tourist attraction. They obviously built it to hold back water.

I'm not sure how true [this story] is, but it certainly is told lots. As you go and visit Clonmacnoise in Ireland there, you'll certainly get told the story. It's a sort of ornate, sort of Gothic archway, with a nice round sort of pipework coming around the top of the arch. And the idea is that the priest would stand in one side of the doorway, and the leper would stand in the other, and they'd whisper into this tunnel effectively, and that would mean the priest wouldn't have to get too near to the leper when taking confession.

A Tour of Some of the World's Worst Sounds

A Tour of Some of the World's Worst Sounds

On the longest reverberation in the world

Guinness has acknowledged it. It's the most — well, they call it the longest echo. It was a bit of an argument about terminology, because it's actually reverberation, but it's Guinness' record; they can call it what they like, I guess.

I was told about this place — it was an old oil storage depot. This is up in Scotland and it supplied the navy with shipping oil. It's about the size of a small cathedral on the inside, but [there are] really smooth walls. So we went to measure it. We fired a starting pistol, which is the normal measurement, the way of doing it, and the sound recordings last about 60, 70 seconds. ...

It's quite amazing. I stood there ... watching the time on the digital recorder ticking up, and I just could not believe how long it was.

On the sound of a balloon popping inside an anechoic chamber

When you're doing acoustic engineering, at some point you've got to measure, say, a loudspeaker or a microphone — you don't want the effect of rooms or whatever noise. So you go into an isolated room where there's no effect, acoustically, of a room. And that's what an anechoic chamber provides. So big acoustic labs have them.

I think it's sort of underwhelmingly magnificent, really, because you expect to hear a bang like you would at a kid's party when the balloon bursts, and it goes "phut." It doesn't really do very much.

On his favorite noise out of the ones he researched

I guess the one that gave me the biggest smile was probably the musical road in California which plays the William Tell overture rather badly as you drive over it. That gave me quite a laugh. ... When you drive down the highway often there's rumble strips down the side which stop you driving off; you know, if you were to veer off the highway you'd make a buzzing sound. Well, a musical road takes that a step further by changing the spacing of the corrugations so that you get a tune out of it. So sometimes the corrugations are close together: You get a high frequency. Sometimes they're far apart: You get a low frequency. And the musical road in Lancaster, in California, is all these ridges ... spaced out on the second lane. And it actually will play the entire first phrase from the theme from Lone Ranger.

They got the spacing of the rumble strip wrong. It would be amusing if it wasn't tragic. The last note should go up to an octave above the first note, but it doesn't. For those that are musical, it goes up about a fifth ... it could sound a lot better.