Accessibility links
Interview: Kevin Fong, Author Of 'Extreme Medicine' In his new book, Dr. Kevin Fong explores how humans survive extremes of heat, cold, outer space and deep sea. "We're still exploring the human body and what medicine can do in the same way that the great explorers of the 20th century and every age before them explored the world," he says. 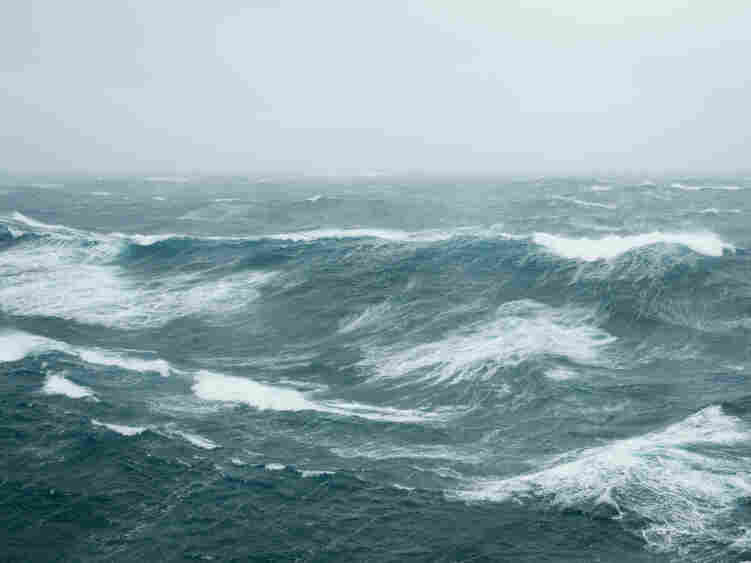 Most of us have never been submerged under more than a few feet underwater. But just a few meters down, the water compresses the tissues of your body so that you become more dense. At that point, "You're more likely to sink than float," says Dr. Kevin Fong. iStockphoto.com hide caption 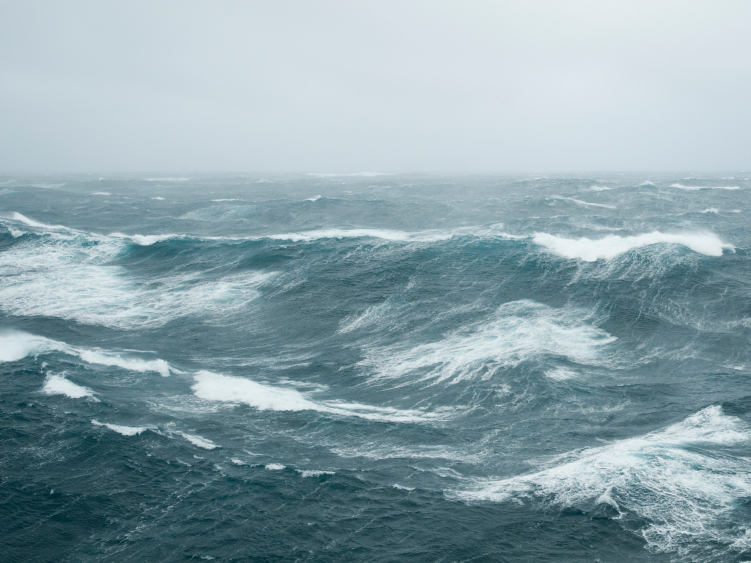 Most of us have never been submerged under more than a few feet underwater. But just a few meters down, the water compresses the tissues of your body so that you become more dense. At that point, "You're more likely to sink than float," says Dr. Kevin Fong.

Dr. Kevin Fong works on "the edges" of medicine — researching how humans survive extremes of heat, cold, trauma, outer space and deep sea. "We're still exploring the human body and what medicine can do in the same way that the great explorers of the 20th century and every age before them explored the world," he tells Fresh Air's Terry Gross.

In his book Extreme Medicine, Fong describes how avant garde medicine is challenging our understanding of how our bodies work and the boundary between life and death.

"You're taking this headlong plunge into the unknown hoping only that good fortune and survival might lie in wait," he says.

Fong is an anesthesiologist who is also trained in intensive care medicine. He's the founder of The Center for Altitude, Space and Extreme Environment Medicine, at the University College London, where he's also a professor of physiology.

On administering medicine in space

Almost everything you take for granted in everyday medicine doesn't work there. The first thing I do when I go see a patient is I walk up to their bedside and say, "Hi, how are you? What seems to be the problem?" And of course, even doing that you can't do in space because your patient is floating, so you have to manage that situation, just for starters. Usually that involves Velcro-ing them to the floor or the vehicle. 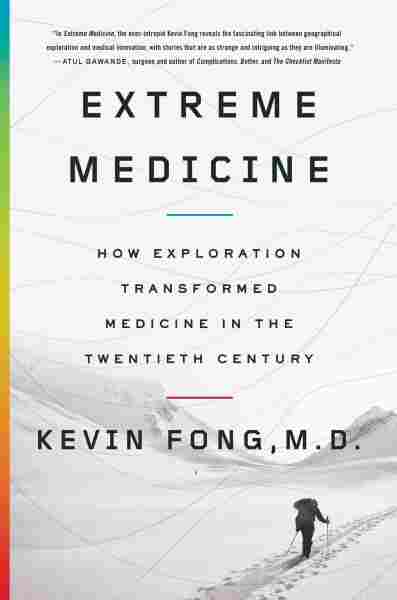 How Exploration Transformed Medicine in the Twentieth Century

... There's so much of medicine that depends on gravity. You know, the drips that they stick in your arm to rehydrate you? That is a gravity-dependent process. All the kits that you would unpack, that stuff doesn't stay on the trays, you've got to find ways to pack that stuff, the drugs, the needles, the scalpels, and all of that so it doesn't end up floating around. So just the basics need addressing and then you've got to start getting into the nitty-gritty of what the space environment does to the human body and how that's going to create an even greater challenge as a physician.

On how uncomfortable it is to be in outer space

When you see space men and women on television you get this impression that it's sort of like a slightly more fun version of a super long-haul passenger flight that, you know, it's a quite comfortable experience and they're just floating around there having quite a lot of fun while engaging in quite a serious task. But when you get down into it, you realize that these expeditions are true expeditions — expeditions really in the same sense that walking into the deserts or climbing our highest mountains, or exploring our polar regions are — that you go into this environment and you learn the same lessons from it that you learn everywhere else in exploration, and that is that we can exist there, but not forever and not without penalty.

[Due to lack of gravity] they experience [the] wasting of their bones, wasting of their muscles, deconditioning of their heart ... They have problems with their hand-eye coordination. It seems that the apparatus in your inner ear that detects acceleration — that helps you with your day-to-day hand-eye coordination — also gets pretty messed up up there, and so they have problems tracking moving objects with their eyes, and ... they feel pretty sick. In fact, most rookie astronauts feel sick or are sick in the first 24-48 hours of flight. So when you see them up there on-camera, waving and smiling at you, you have to know that underneath that is a lot of discomfort for lots of them.

Most of our experience of the water and all the ocean is limited to literally a couple of meters from the surface. So we feel this sensation that the water wants to throw us back out. It's hard. It takes effort to dive below the surface, doesn't it? And very few of us really dive to any depths at which that relationship changes. But what happens is, as you dive into the water, the water around you starts to compress the tissues of your body so that you, yourself become more dense. After you've gone maybe only — depending on your build and what you're wearing — maybe seven, eight meters from the surface ... you are no longer buoyant. You will no longer float. You're more likely to sink than float. So after that point you become negatively buoyant, which is to say that you sink.

So the problem is, if you're in a vehicle that has crashed or is sinking and you are more than a few meters — a handful of meters under the surface — you're going to be more likely to sink than float. This causes huge problems if you're in a vehicle and there's no source of illumination. So if you're in there at night and you have this horrific realization that if you find yourself below about 10 meters at night with no light to show you the way, you're not going to have an idea of which way to swim and you're just going to have to choose a direction, and if you choose the wrong direction, you're going to swim for the rest of your life, quite literally. 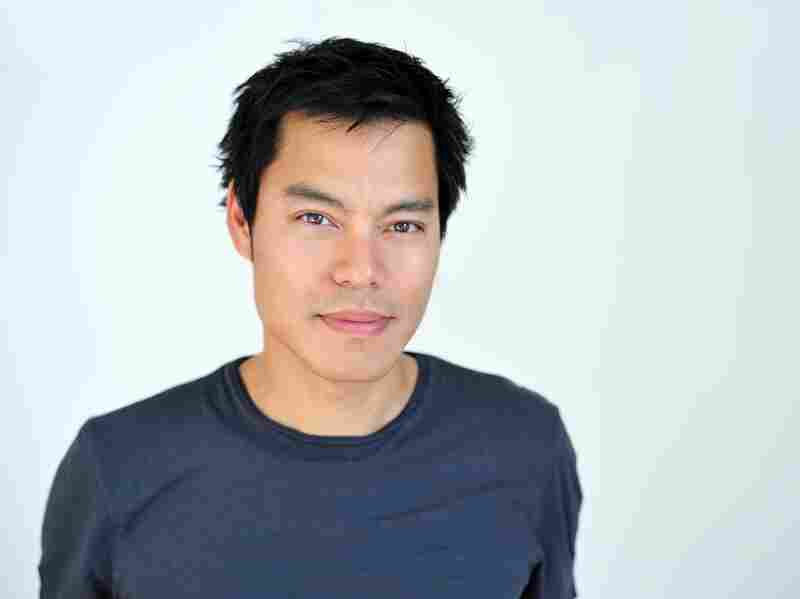 Kevin Fong is a co-director of the Centre for Aviation Space and Extreme Environment Medicine and physiology lecturer at University College London. Anthony Cullen/Courtesy of Penguin Press hide caption 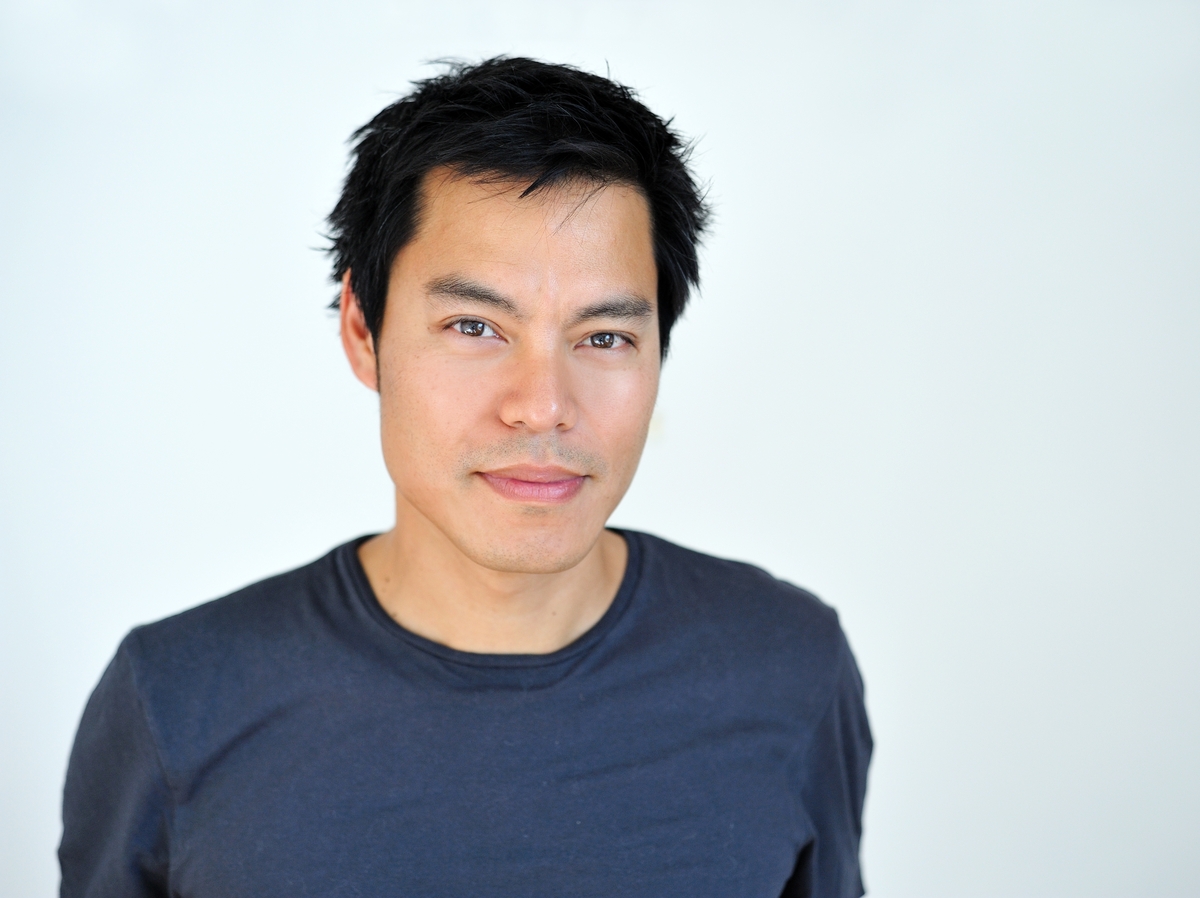 Kevin Fong is a co-director of the Centre for Aviation Space and Extreme Environment Medicine and physiology lecturer at University College London.

... Suddenly, you have a new respect for both these things that you're traveling in over water, the ocean itself, and you realize how hostile that is as an environment. It's not there to support us. It's pretty inimical to human life, really. We're not supposed to be in it, we're only just about to be on it.

On what to do if your helicopter crashes into the ocean

Yes, they put you in a thing that looks like a helicopter. And you are strapped in and you go into water and the first thing you think to do is ... unstrap and try to get out. Problem with that is [there is] water all around the opening and you will get lost and never make it out. You will never find a way to exit. Counter-intuitively ... you are supposed to sit and have one hand on [the] seat and [the] other on the exit — preferably on the window you will swim out of — and wait for all motion to cease. Til you are really sinking; and when that happens, open window, pull seat buckle apart and pull yourself out of the window. It takes discipline to resist the urge to get yourself out there, but that is the difference between life and death in that situation.

Just before you freeze to death you mount this sort of final effort to try and save your life, and so you try and centralize the heat to the core of your body. Your blood vessels constrict to try to stop you [from] losing heat from your periphery — from your arms and from your legs — and then ... your hairs stand on edge. It's one of the reflexes we have, trying to trap an extra layer of air to insulate your body ... but all of this, is your body mounting its last attempt to keep itself alive. It does everything it can. ... It's to buy you extra time.

On Anna Bågenholm, a skier who was trapped in a mostly frozen stream for 80 minutes and still survived

The hypothermia is a double-edged sword here, because it conspires to run the batteries of life down ... and that's what stops your heart. That's what leads to cardiac arrest, but also it protects the brain. So although it kills you, it smears out the dying process.

Read an excerpt of Extreme Medicine

... We think of death as being a moment in time, but actually, it is a process. And that process is usually relatively quick, it's completed in a few minutes under normal conditions, but here, with these extremes of cold ... what that does biologically, it takes the process of death ... and extends it to minutes, [and in Bågenholm's case] it smeared it out to be hours long. Long enough, that they might intervene, restore the supply of oxygen to her brain, start her heart again, and get someone back who resembles who she was before the accident.