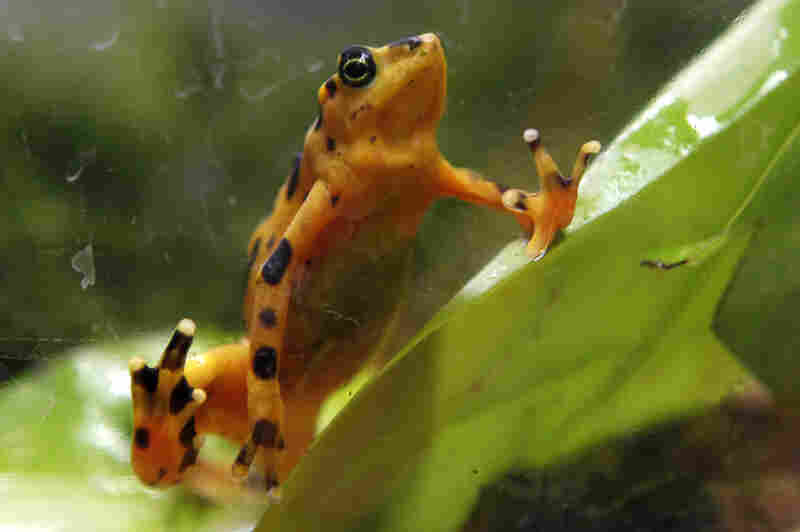 Elizabeth Kolbert says the "taxicab yellow" Panamanian golden frog was nearly wiped out by a fungal disease. It's just one of the species affected by what scientists call the Sixth Extinction. Jacquelyn Martin/AP hide caption 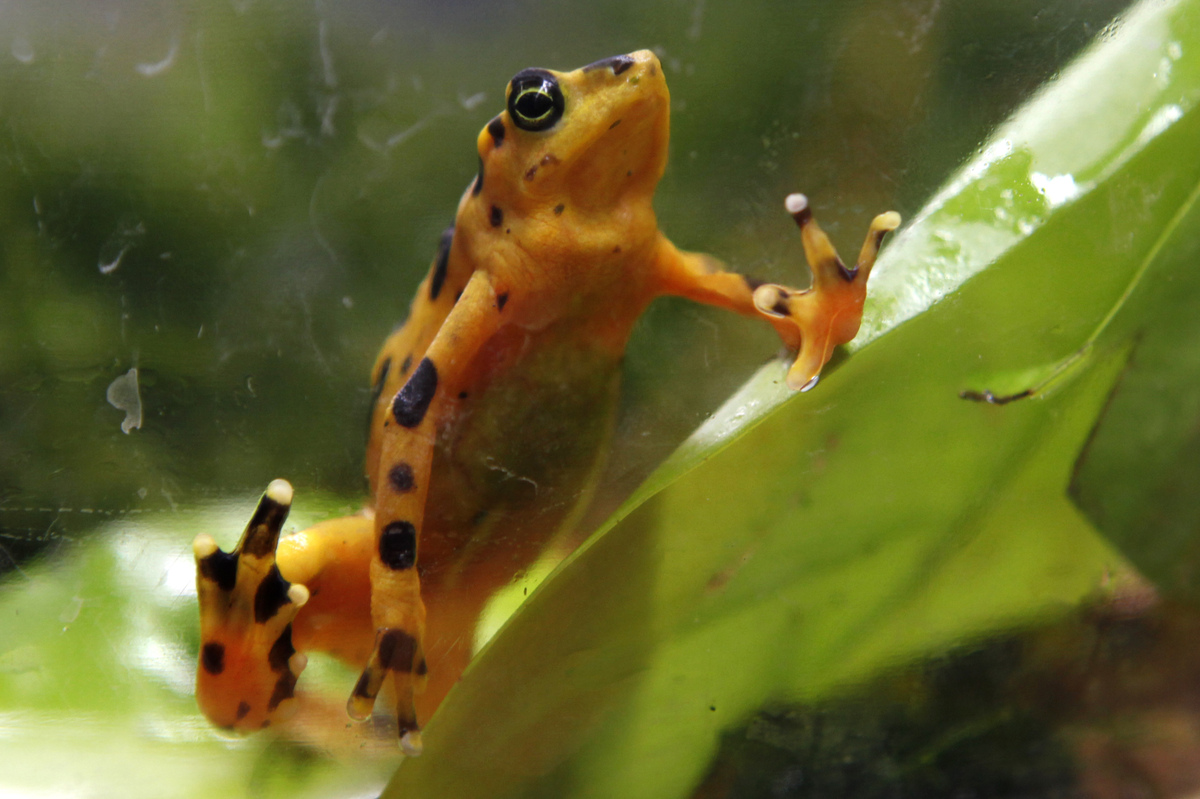 Elizabeth Kolbert says the "taxicab yellow" Panamanian golden frog was nearly wiped out by a fungal disease. It's just one of the species affected by what scientists call the Sixth Extinction.

The dinosaurs were killed during the Fifth Extinction — which scientists suspect was caused by an asteroid. Now, we are living through an epoch that many scientists describe as the Sixth Extinction, and this time, human activity is the culprit. As one scientist put it: We're the asteroid.

Elizabeth Kolbert is the author of the new book The Sixth Extinction. It begins with a history of the "big five" extinctions of the past, and goes on to explain how human behavior is creating a sixth one — including our use of fossil fuels and the effects of climate change.

"We are effectively undoing the beauty and the variety and the richness of the world which has taken tens of millions of years to reach," Kolbert tells Fresh Air's Terry Gross. " ... We're sort of unraveling that. ... We're doing, it's often said, a massive experiment on the planet, and we really don't know what the end point is going to be."

Climate change was the subject of Kolbert's previous book, Field Notes from a Catastrophe. Her research for the new book took her around the world, to oceans, rain forests and mountains — as well as a place nearly in her backyard — where scientists are studying disappearing plants and animals.

"Amphibians have the dubious distinction of being the world's most endangered class of animals," she writes. "But also heading toward extinction are one-third of all reef-building corals, a third of all fresh-water mollusks, a third of sharks and rays, a quarter of all mammals, a fifth of all reptiles and sixth of all birds." 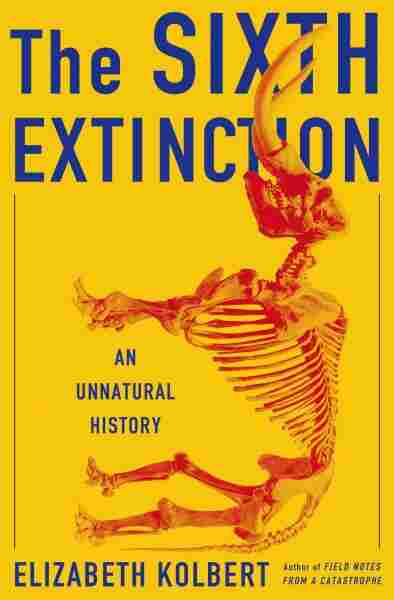 On how we define mass extinction

So you're seeing extinctions across a wide variety of groups, and that, I think, would have to be one of the defining characteristics of a mass extinction.

What happens when you put CO2 into the air is that you're also effectively pumping it into the oceans, because wherever the surface of the oceans and the atmosphere meet, there's just an exchange of gases. So about a third of the CO2 that we put up every year — and that's in the order of 10 billion metric tons — is making its way into the oceans. And when CO2 dissolves in water it forms an acid. It's called carbonic acid ... lowering the pH of the water. If you're a marine organism and ... your whole environment is the water and you change the chemistry of the water, that can have very, very profound effects. ...

[It's] global warming's equally evil twin ... and from the perspective of the broad expanse of life, there have been a few moments in time where the oceans have become acidified, not necessarily acidic but acidified ... and they are associated with some of the major crises in the history of life.

On a study that examined how CO2 emissions affected marine life

If we continue at our present rate of CO2 emissions, then by the end of this century ... [extrapolating from this study,] you're looking at eliminating a third of the creatures in the ocean as a very rough estimate. And then as you ... get closer and closer to [underwater gas vents] — so even beyond what we expect at the end of this century — if we sort of continue beyond that point, then you're getting to a point where your oceans really start to look sort of like the underwater equivalent of a vacant lot.

On the extinction of the Panamanian golden frog

There's a frog known as the Panamanian golden frog, and it's a beautiful, beautiful frog. It's sort of a taxicab-yellow frog with very skinny arms and legs and it's considered a good-luck symbol. ... These yellow frogs were just all over. ... And then this scourge came through, which turns out to be a fungus, a fungal disease, and just wiped them out. And what happened is that scientists realized — because they had seen this pattern before, they actually anticipated this — and they took some of them out of the forest into a conservation center ... and they are breeding them there. There are still Panamanian golden frogs in this center, but they cannot go back out into the world into their own native habitat because this fungus is still there, and the fungus survives even though the frogs no longer do. 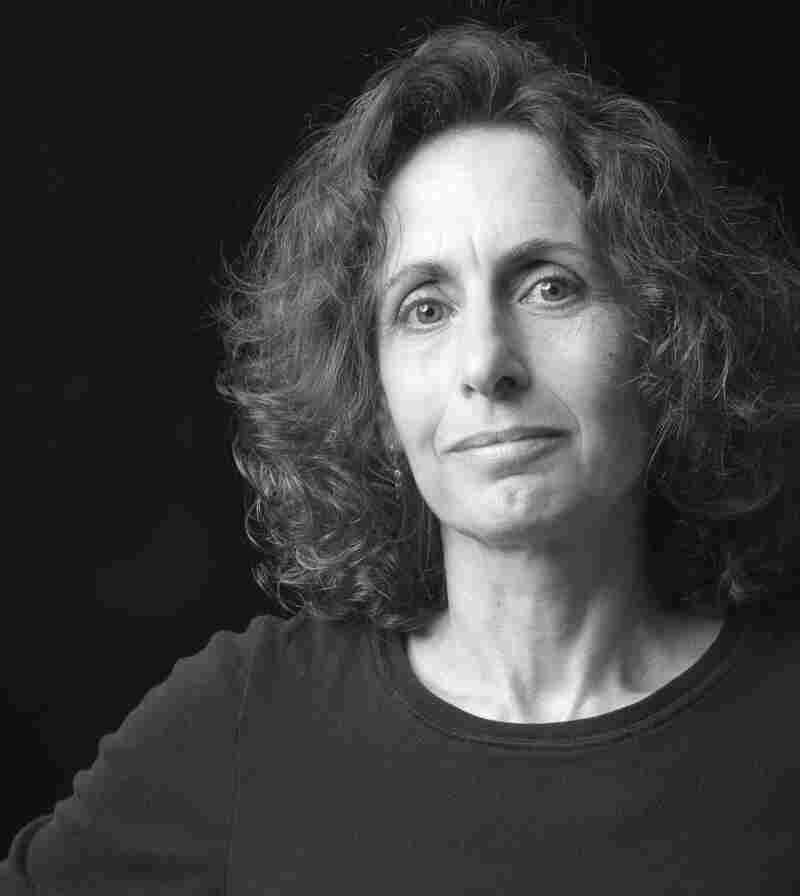 Elizabeth Kolbert is a staff writer at The New Yorker and also the author of The Prophet of Love and Field Notes from a Catastrophe. Barry Goldstein/Henry Holt & Co. hide caption 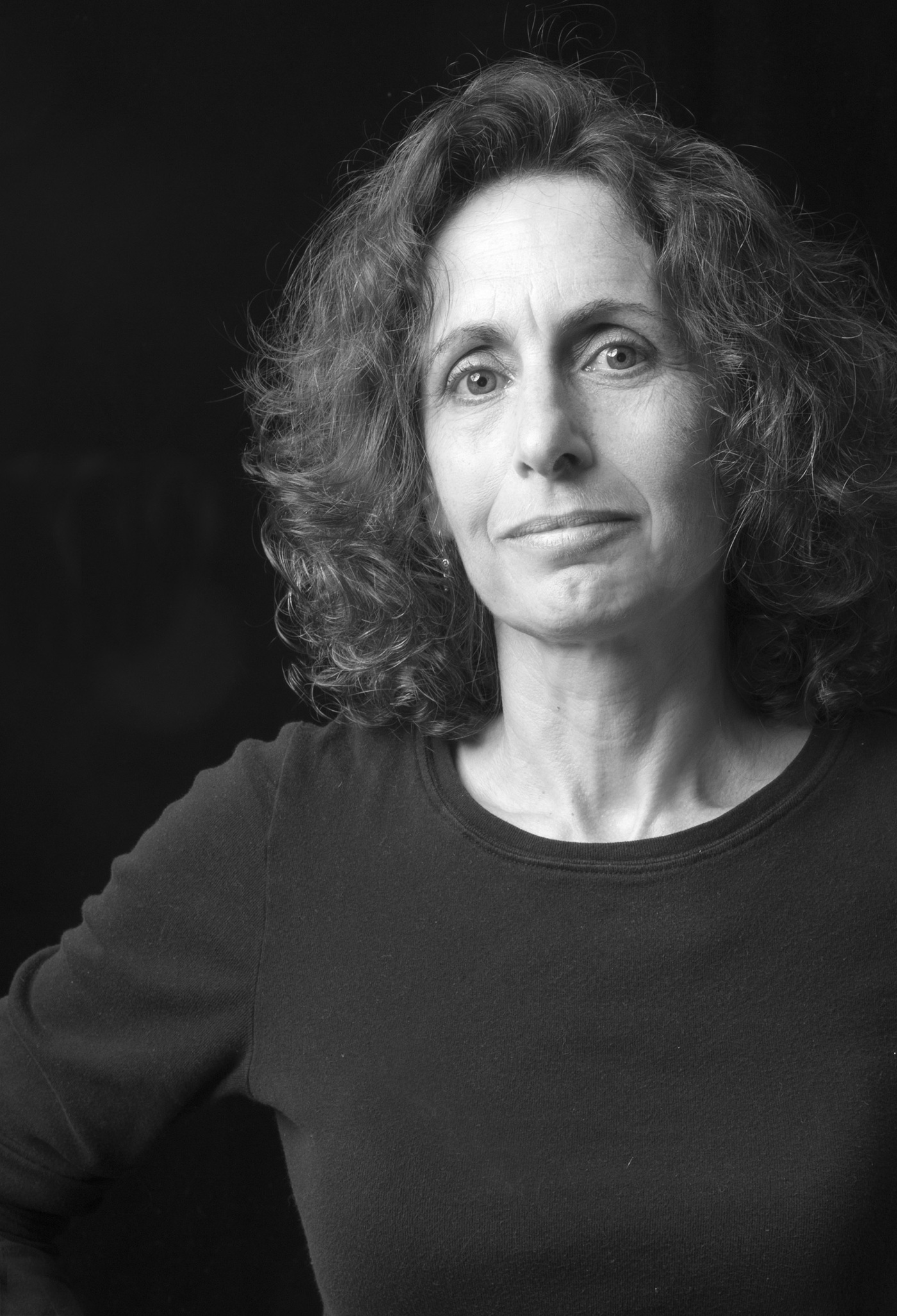 Elizabeth Kolbert is a staff writer at The New Yorker and also the author of The Prophet of Love and Field Notes from a Catastrophe.

On a theory of how the fungus spread

One theory — it has been very difficult to pin down — but it's that this fungus was moved around the world. Another really interesting story on frogs [is that they] were used in the '50s and '60s for pregnancy tests. Something called the African clawed frog, if you inject it with the urine of a woman who is pregnant, it will lay eggs very quickly. And obstetricians used to keep whole tanks of these frogs in their offices. And the African clawed frog turns out to be a frog that carries this fungus but doesn't seem to be killed by it. So one theory is that as these frogs were [exported] around the world, they carried this fungus with them ... so we brought the frogs and the frogs brought the fungus.

Rats were brought with very early Polynesian settlers in the Pacifics, so they were brought to places like Fiji and they wreaked havoc. Already, say, 1,500 years ago. ...

I think what has changed is the scale and the rate. For example, it's been estimated that just in ship ballast now in our enormous supertankers, people are moving 10,000 species a day around the world. So even though our ancestors were already at this project and did cause significant effects because of that, and significant numbers of extinctions, we have just ramped it up to a whole new level.

On bats dying off

Bats just [started] dropping dead all of a sudden ... around 2007. It happen[s] that the epicenter of this was right near where I live ... in Western Massachusetts. This was first noticed in Upstate New York. Right as it happened I was able to go out with some scientists to a cave in Vermont, which was the largest bat hibernacula in New England.

The Great Dying And Climate Change

So bats in the northeast hibernate in the winter, they go into a state of torpor, they hang by their toes. They try to find a place like a cave where the climate is going to remain pretty stable over the winter, and their body temperature drops almost to freezing, so you'll see ice crystals on them a lot of times. And they just hang there, completely motionless — it's an amazing thing to see. In this bat cave in Vermont, they were particularly hard hit. They just started to drop from the top of this cave to the floor in these huge drifts of dead bats. I went out in the winter of 2009, and it was an absolutely gruesome scene of a carpet of dead bats.

On how ecosystems recover from mass extinction

After a mass extinction, it has generally tended to take many millions of years for life to recover. It's not something that you bounce back from, from one day to the next.

Read an excerpt of The Sixth Extinction