Accessibility links
'Harried Mom' Becomes Dynamic Woman In These Stock Images Getty's new "Lean In" collection steers clear of familiar stereotypes, such as women in stilettos stepping on men. Because women are the primary users of social media, the company's visual trends director says, it's time for a different kind of representation in media and advertising.

This week Getty Images teamed up with LeanIn.org, the nonprofit foundation of Facebook's Sheryl Sandberg, to release a new collection of stock photos. There are about 2,500 new images of modern women and families. 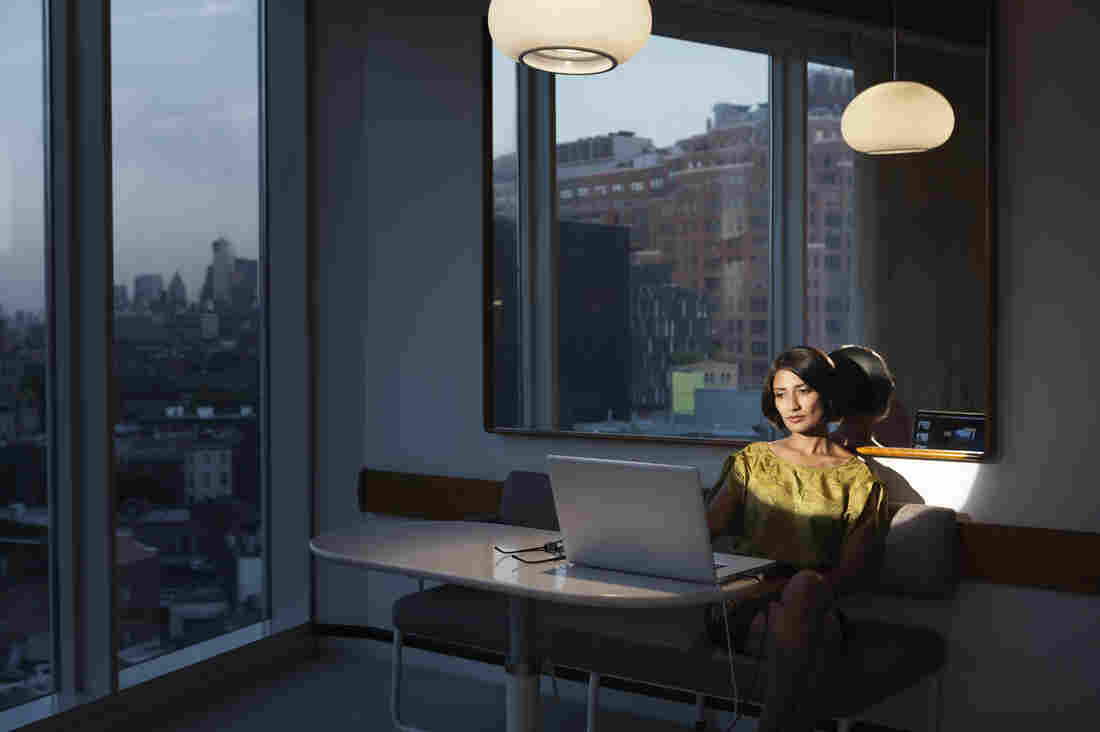 Getty Images wanted its photos of working women to be more subtle than older stock images have been. Tooga/Getty Images hide caption 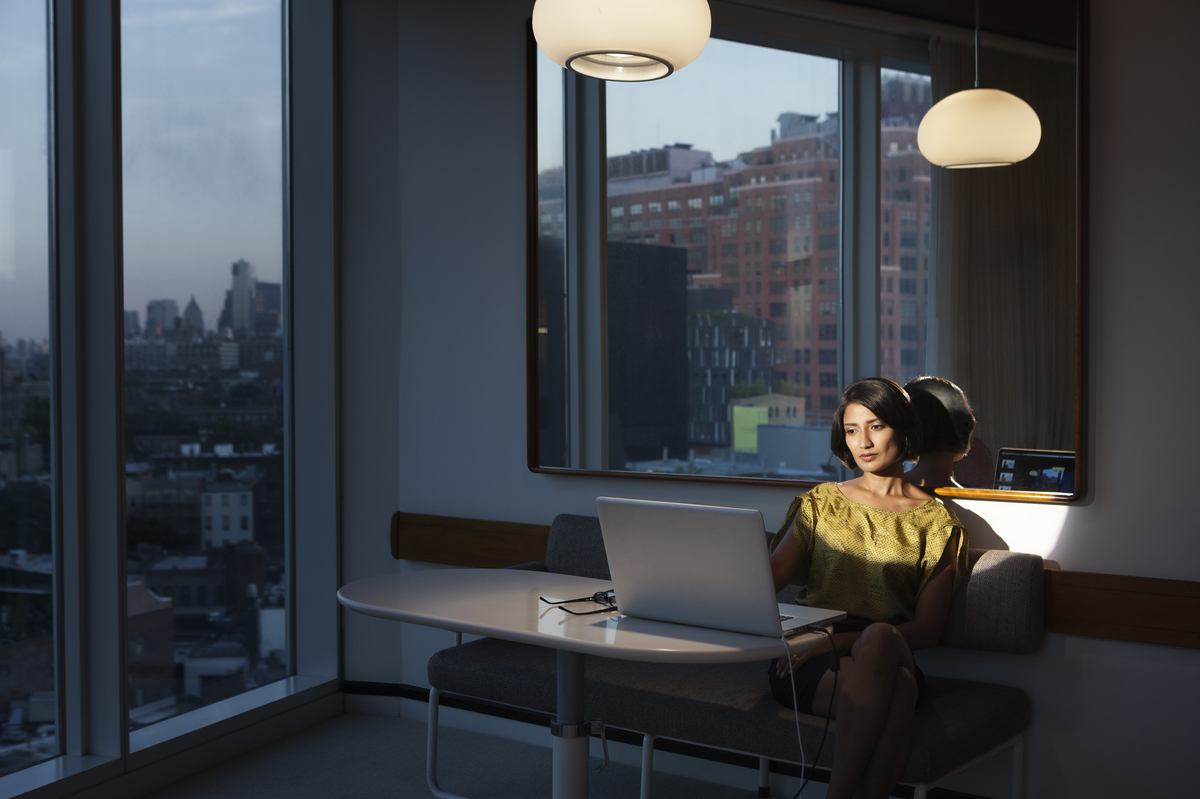 Getty Images wanted its photos of working women to be more subtle than older stock images have been.

Getty's director of visual trends, Pamela Grossman, says that with women as the primary users of social media, it was time for a different kind of representation in media and advertising.

"Virtually every conversation I've been having at least for the last three years has been our clients asking for these much more authentic images that don't feel posed or staged or contrived in any way, but that actually feel much more relatable," she tells NPR's Renee Montagne.

"I think there's been a lot of women in power suits with boxing gloves or women in stiletto heels stepping on men," she says, "and that's definitely the kind of work that we are aggressively shifting away from."

The new version of a woman multitasking, Grossman says, "would be somebody who maybe has her arms filled with certainly a tablet or some kind of creative plans and then she's also engaged in a conversation. Certainly she still looks busy, but it's a little bit more subtle of a visual read."

The Lean In Collection includes powerful female athletes and women in tech. It also features different representations of "Mom." 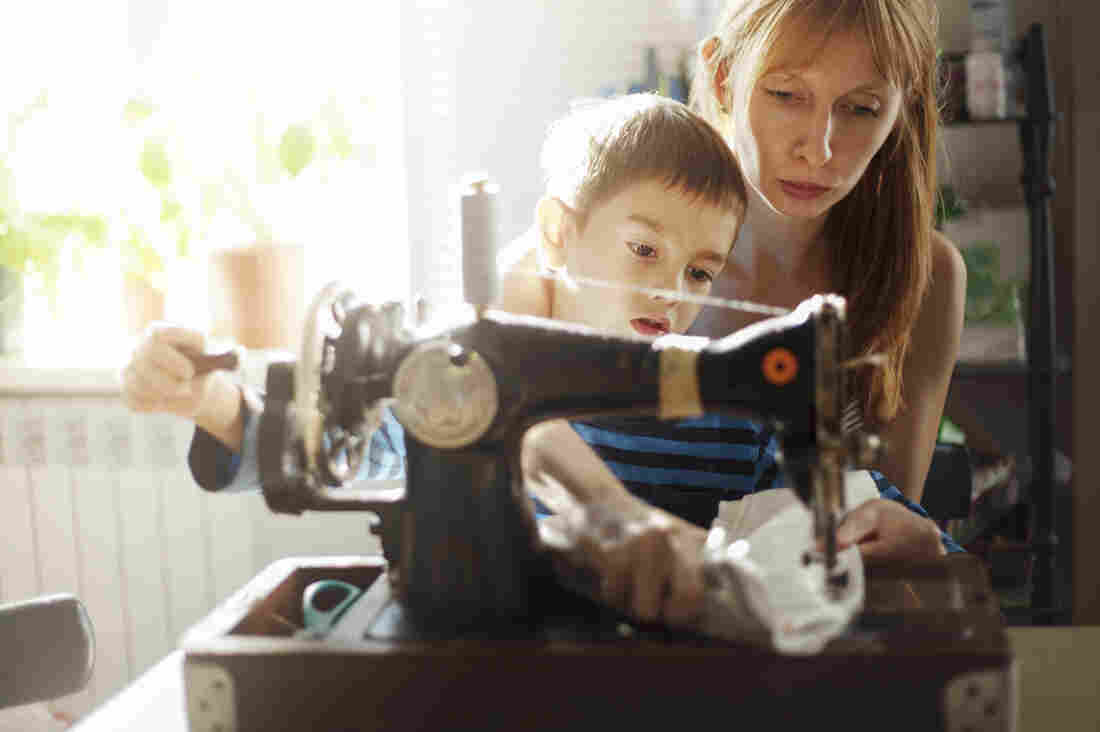 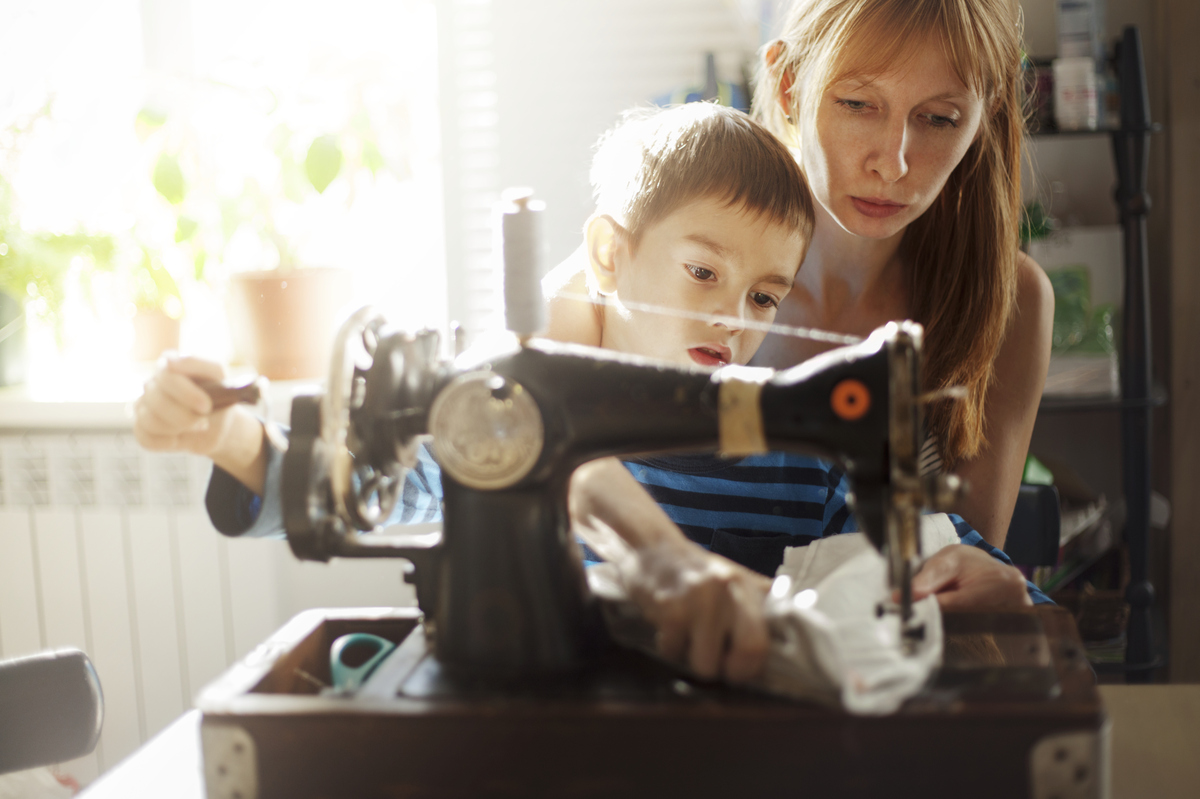 Getty's new collection of stock images of women and families veers away from the "overworked mom" stereotype.

"The older model would be that ... the mother looked incredibly harried, and she would be juggling a dinner plate in one hand and a baby in the other," Grossman says. "Sometimes even more arms would be Photoshopped onto her to show just how indeed she was juggling it all."

She says the updated pictures of motherhood are more dynamic.

"They seem interesting. They seem like they have more going on in their lives," she says. "They really feel like they have contemporary style, and they're engaged and energetic."