Accessibility links
Shirley Temple And Bojangles: Two Stars, One Lifelong Friendship When the pint-sized actress and the tap-dancing legend performed their "stair dance" in The Little Colonel, it was considered the first interracial dance performance. NPR's Elizabeth Blair explores the offscreen friendship of "Little Miss Sunshine" and Bill Robinson — both icons in their fields. 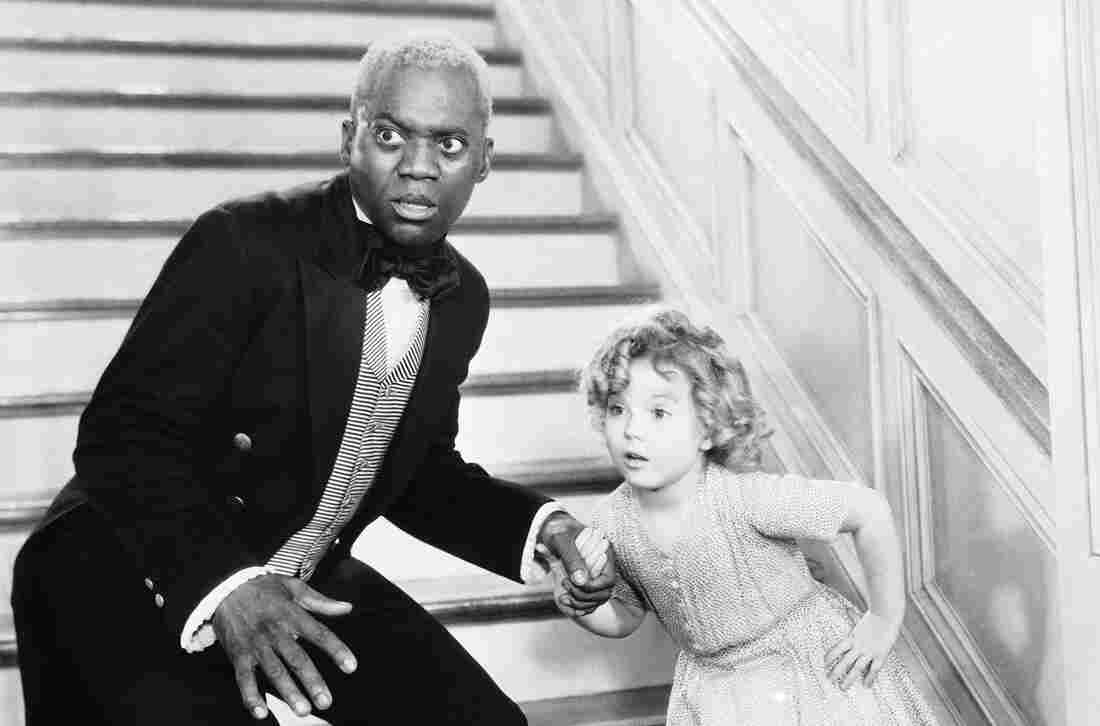 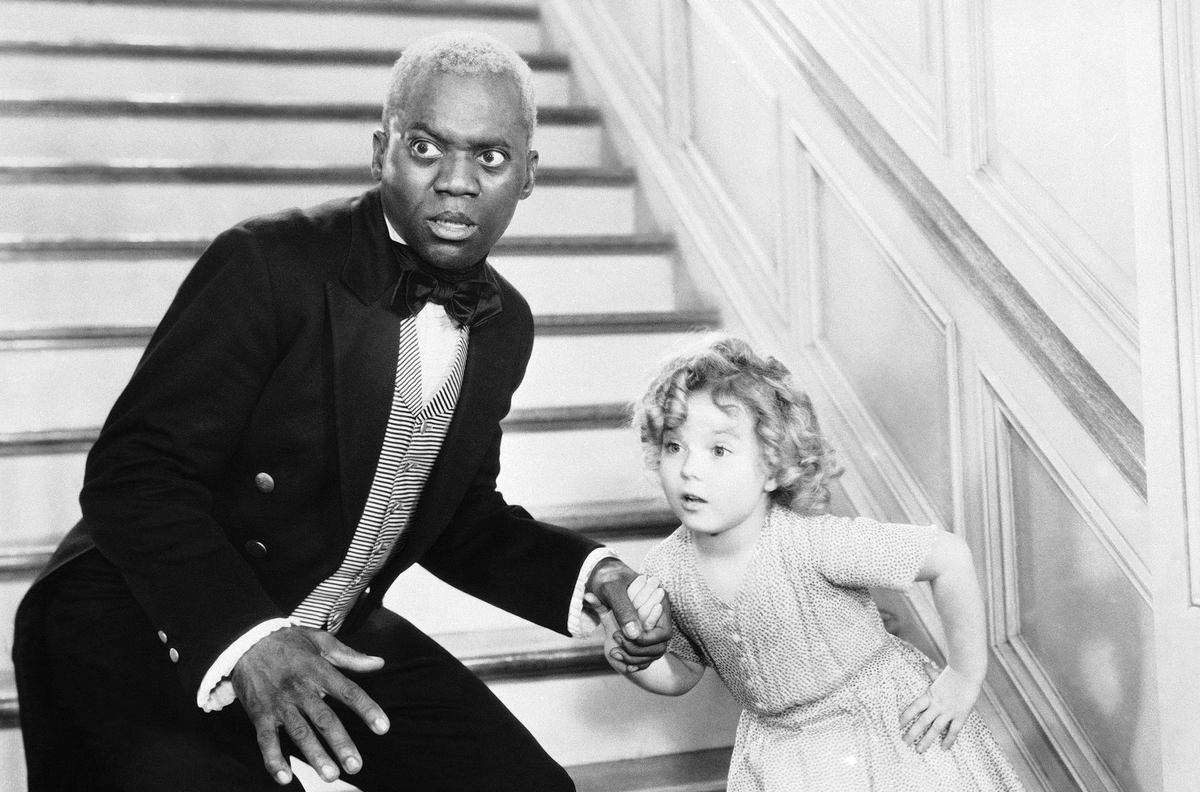 When Shirley Temple Black died earlier this week, many of the tributes mentioned one of the most iconic scenes in American movie history: the staircase dance that Temple performed with Bill "Bojangles" Robinson in the 1935 movie The Little Colonel. They were the first interracial couple to dance onscreen. But their partnership was more than just a movie milestone.

He was in his 50s. She was 6. He called her darlin'; she called him Uncle Billy.

Robinson taught Temple his joyful, elegant tap-dancing routines. She thought he was the perfect partner.

In the 1980s, Black told NPR that Robinson taught her to feel the beat, rather than count it out.

"We held hands and I learned to dance from Bill by listening, not looking at the feet," she said. "It was kind of a magic between us." 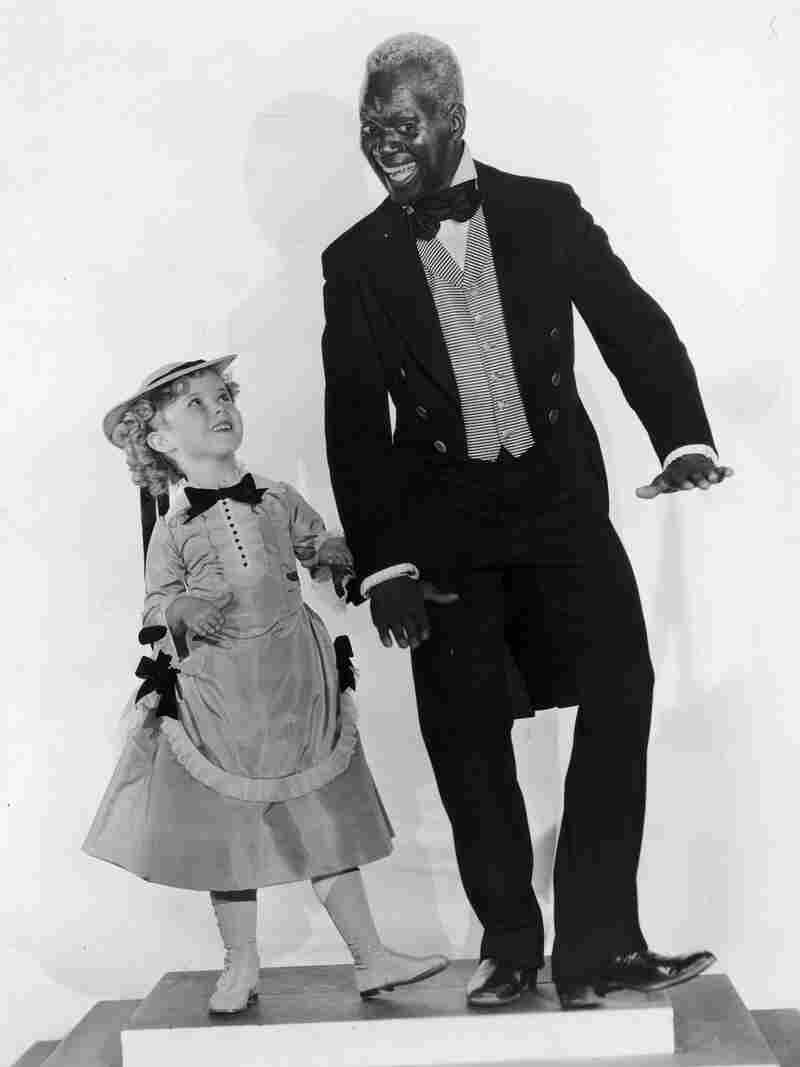 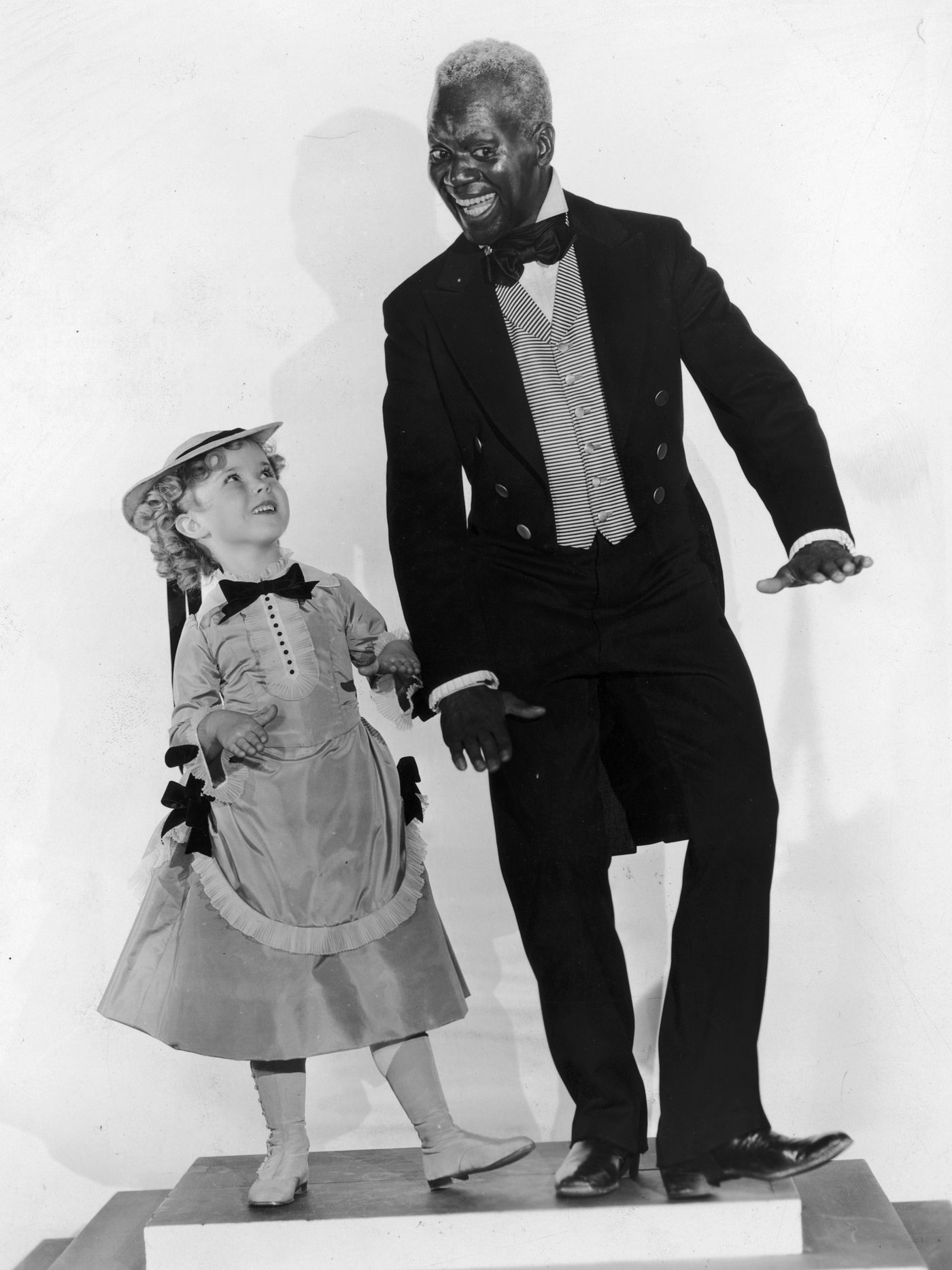 Temple and Robinson, shown here in promotional pictures for The Little Colonel, shared an offscreen friendship. Shirley Temple Black says that as a child, she didn't realize how much racism Robinson faced.

N.R. Mitgang, who co-authored a biography of Robinson with the late Jim Haskins, says Robinson was "unsurpassed during his lifetime," and a star in his own right. Robinson was one of the first black performers in vaudeville, and his fans included President Franklin D. Roosevelt and Will Rogers. Famous hoofers looked up to him.

"Gene Kelly and Fred Astaire both said if it weren't for Bojangles' tap dancing, they never would've been the tap-dancers that they were," Mitgang says.

The pint-size movie star was tapping up a storm with a giant of the art form. But on- and offscreen, they were far from equal.

Take The Littlest Rebel, in 1935: Temple plays a tiny Southern belle. Film historian Donald Bogle says what's troubling about the movie is that Robinson's character — a slave during the Civil War — is made to seem clueless.

"He has a moment when he's really asked about the war," Bogle says, "and he seems completely befuddled, that he doesn't understand it."

Bogle says black audiences had mixed reactions to Robinson's Shirley Temple movies. They were happy he was getting work, but didn't like his image.

"He is this kind of quintessential onscreen Tom figure," Bogle says.

'Bill Robinson Was The Best Of All'

Later in life, Black said she wasn't fully aware of the racism Robinson faced when she was a little girl. Once, when they were both in Palm Springs working on a movie, she stayed in a private cottage; he stayed in a room above a drugstore. When she asked him why he was staying there, he told her not to fret — his chauffeur was staying there too.

Despite all that separated them, she considered Robinson a real friend.

"Bill Robinson treated me as an equal, which was very important to me," Black told NPR. "He didn't talk down to me, like to a little girl. And I liked people like that. And Bill Robinson was the best of all."

Robinson died in 1949. It makes sense that he and Shirley Temple would get along so well. She was "Little Miss Sunshine" — and his favorite saying was "Everything's copacetic."