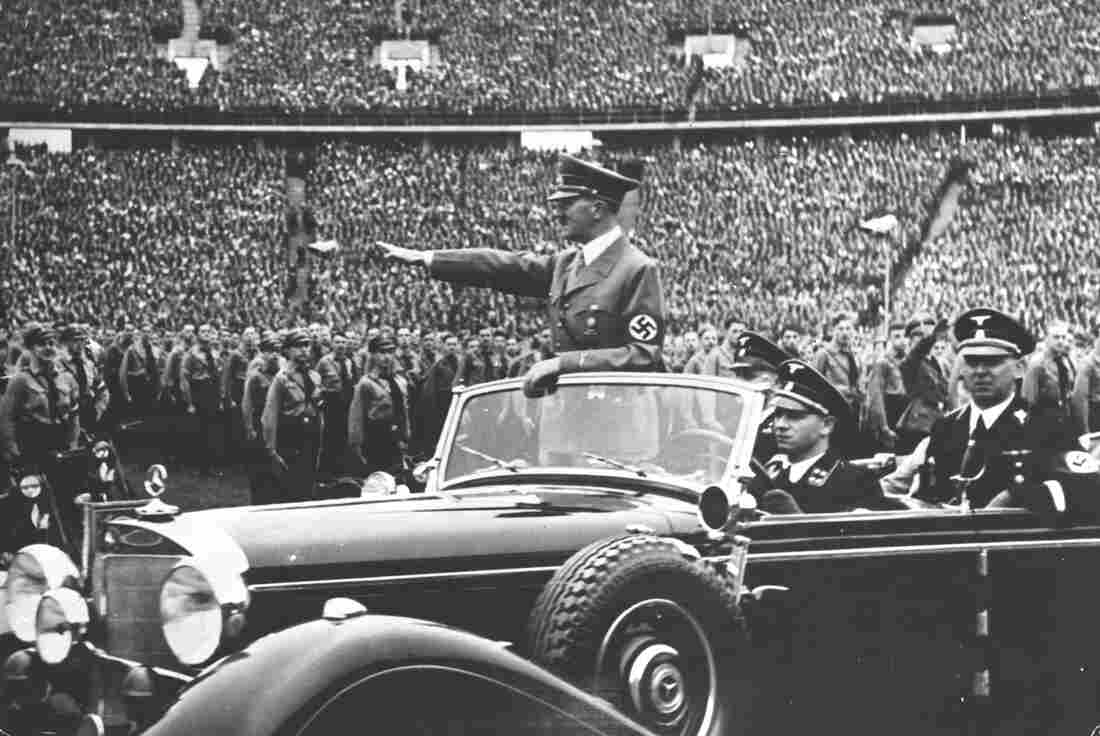 Adolf Hitler salutes to a crowd of soldiers at a Nazi rally in 1938. Years later, in the final months of World War II, the United States undertook an enormous effort to attract Nazi scientists. Topical Press Agency/Getty Images hide caption 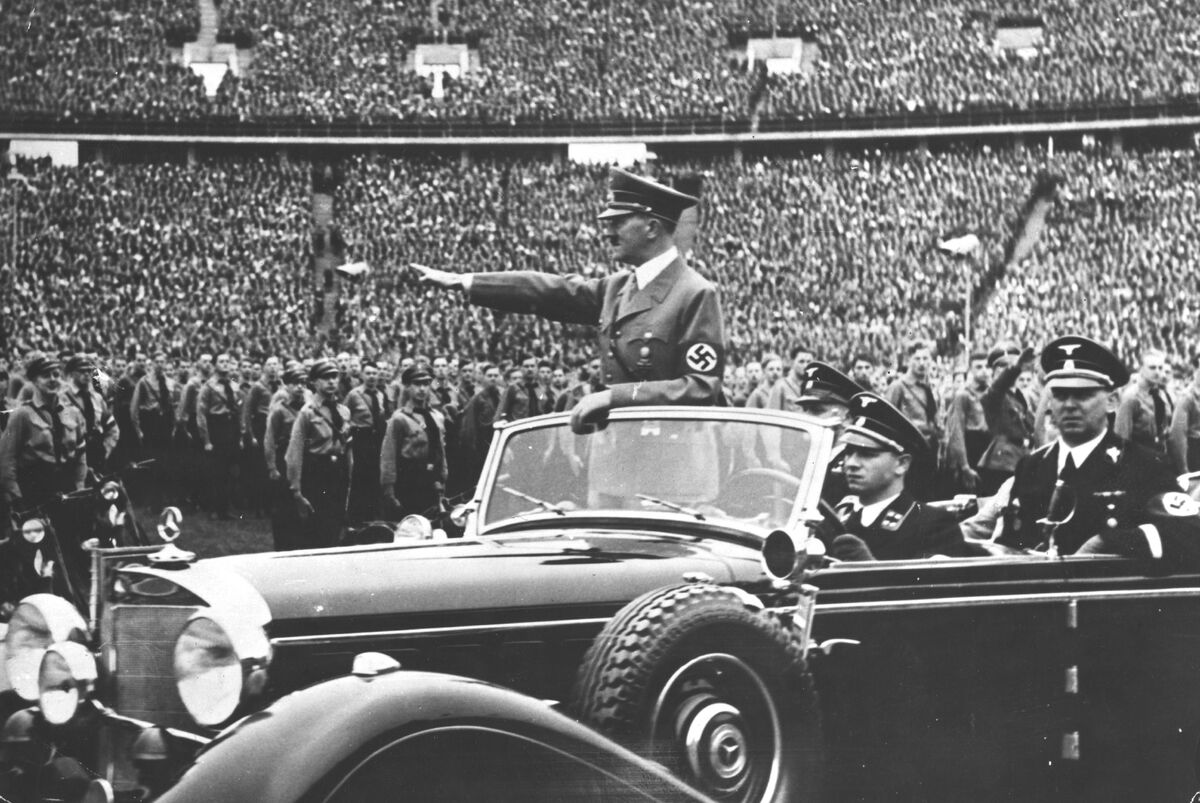 Adolf Hitler salutes to a crowd of soldiers at a Nazi rally in 1938. Years later, in the final months of World War II, the United States undertook an enormous effort to attract Nazi scientists. 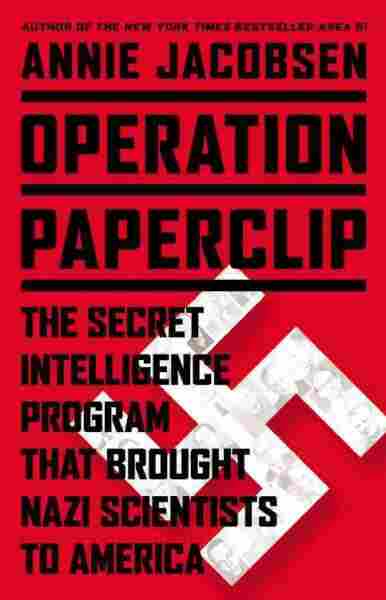 In the fall of 1944, the United States and its allies launched a secret mission code-named Operation Paperclip. The aim was to find and preserve German weapons, including biological and chemical agents, but American scientific intelligence officers quickly realized the weapons themselves were not enough.

They decided the United States needed to bring the Nazi scientists themselves to the U.S. Thus began a mission to recruit top Nazi doctors, physicists and chemists — including Wernher von Braun, who went on to design the rockets that took man to the moon.

The U.S. government went to great lengths to hide the pasts of scientists they brought to America. Based on newly discovered documents, writer Annie Jacobsen tells the story of the mission and the scientists in her book, Operation Paperclip: The Secret Intelligence Program That Brought Nazi Scientists To America.

On the origins of Operation Paperclip

It's just a few months after the landings at Normandy and you have Allied forces making their way across the continent, headed toward Berlin and Munich, and with them, sort of scattered among the soldiers, are these small teams of scientific intelligence officers. And they are searching for the Reich's weapons. And they don't know what they might find.

On the U.S. government's efforts to mask the scientists' past

There began a propaganda campaign by the U.S. government to whitewash the pasts of these scientists who we very much knew were ardent Nazis. And it happened on a number of levels, from the bureaucrats in Army intelligence who were asked to sort of re-write the dossiers, on up to the generals in the Pentagon who flatly said we need these scientists, and we're going to have to re-write some history. And that's where it becomes very tricky and very nefarious.

You have to be a Nazi ideologue to move up that chain of command so high. It's almost like someone who is a hedge fund manager in the United States trying to take the line that they don't believe in capitalism, you know? That they're just trying to earn a living for their family. I mean, if you're going to rise to the top of your field, you maintain the party line and that is what I found was the case with Paperclip.

On Wernher von Braun's Nazi past

He is a great example, because you wonder where the deal with the devil really happened in terms of his whitewashed past — because the U.S. government, NASA in particular, was so complicit in keeping his past hidden. 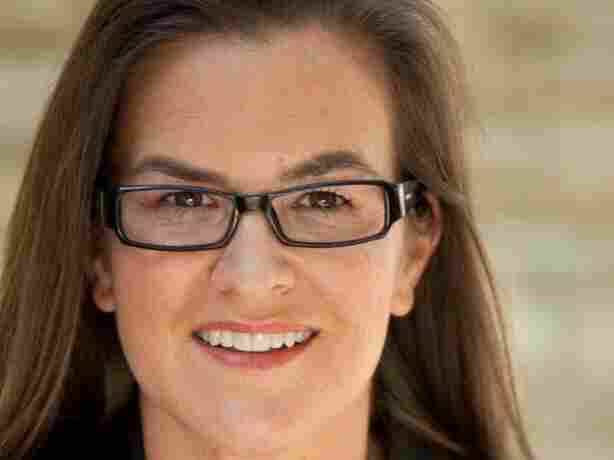 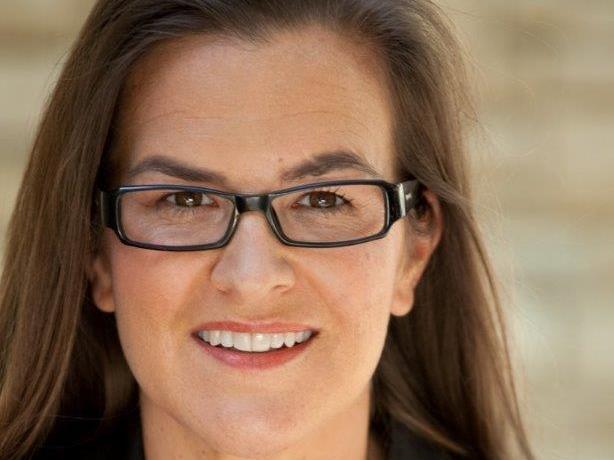 In doing the research, one discovers that not only was von Braun a Nazi, but a member of the SS. And not only was he running the underground slave labor facility where his rockets were being built — he wasn't running the facility but he was in charge of the science there — but when they were running low of good technicians, Wernher von Braun himself traveled nearby to the Buchenwald concentration camp, where he hand-picked slaves to work for him as laborers.

When you see that kind of activity during the war, and you have to imagine what he saw and what he knew, it's impossible to excuse him from his Nazi past.

On the fates of the Nazi scientists

They all had different trajectories, but none of them seemed to have been held accountable for what happened and what they were involved in during the war. Dr. Benzinger, who was one of the Nazi doctors, came here, and when he died at the age of ninety-something he had a wonderful obituary in The New York Times lauding him for inventing the ear thermometer. Entirely left out of the story was the work that he performed on concentration camp prisoners.

Read an excerpt of Operation Paperclip