Accessibility links
'Eliot Ness': Actually Untouchable, Except When It Came To Women Author Douglas Perry's new book, Eliot Ness: The Rise and Fall of an American Hero, paints a portrait of the legendary lawman as a flawed but genuinely good guy who floundered when away from the excitement of police work. Ness "helped invent the modern police force," Perry says, but couldn't stop drinking and cheating on his wives. 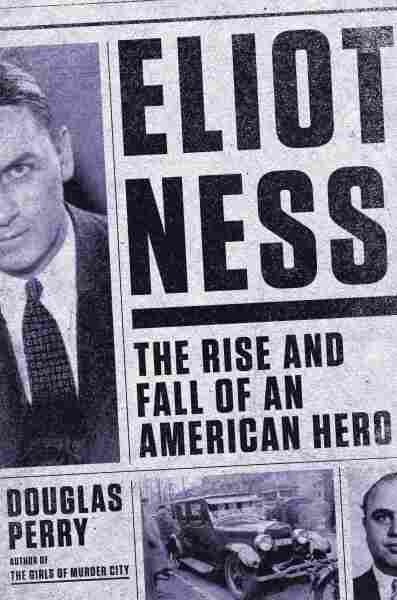 The Rise and Fall of an American Hero

Hollywood's been known to dramatize even the most dramatic of real-life narratives. So of course the real Eliot Ness wasn't nearly as dashing as Robert Stack or Kevin Costner (although maybe he was).

He wasn't a G-man; he never carried an FBI badge. Nor was he the lawman who brought the tax case that put away America's most famous mobster, Al Capone — even though the Capone case made him a household name. But he was a genuine pioneer of modern police work.

Ness eventually left Capone and Chicago for an even bigger challenge in Cleveland, where he fought corruption and instituted what was then called "scientific policing." And while he was, yes, untouchable when it came to corruption, women were a different matter. The man who helped save two cities from being overwhelmed by crime had trouble saving himself.

Douglas Perry's new book is Eliot Ness: The Rise and Fall of an American Hero, and he tells Scott Simon that Ness got the go-ahead to form the Untouchables and go after Capone due to some good, old-fashioned Chicago nepotism.

"His brother-in-law was in charge of the Chicago prohibition office, and helped him get hired. But you know, he was part of the first wave of Prohibition bureau agents who were actually somewhat qualified." 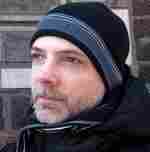 He was huge. He was as big as the Kardashians, particularly in Chicago he was front page news, he was out on the town in the nightclubs. He was always dressed so nice, he always had a nice smile on his face for the news photographers, he always had a nice quote. He was better known and more popular than anyone who wasn't a Chicago Cub.

On whether Ness enjoyed his high-octane Capone capers

Absolutely. It gave him a rush, it gave him real rush that stuck with him. He had a depressive personality, he had a hard time kind of getting to highs — and he didn't know why, I mean, people then didn't understand depression or what it was. Even when the press was hailing him, he kind of felt like a failure, that was kind of inherent in him. And when he smashed through those doors with his men, and saw those brewers, their shock and their desperate attempts to escape, it gave him a rush — he chased that rush ever since. He loved it. Even when he became a high-up administrator, he insisted on being a man out in the streets, doing his own investigations.

On bringing crime down in Cleveland

The first thing he did was attack corruption. It was arguably the most corrupt police force in the country ... and Ness came in, he was 33 years old, he had kind of the arrogance of youth coming out of his success in Chicago, he said right out of the gate, he was going to find out which officers were on his team and which were not, and he was going to get rid of every traitor in the police department, and he was going to go out and investigate it himself. People were shocked. People could not believe he wasy saying these things. Ness, he helped invent the modern police force. He was a huge proponent of what was then called scientific policing — if you're a fan of CSI, Ness was into that stuff before there was even an FBI lab.