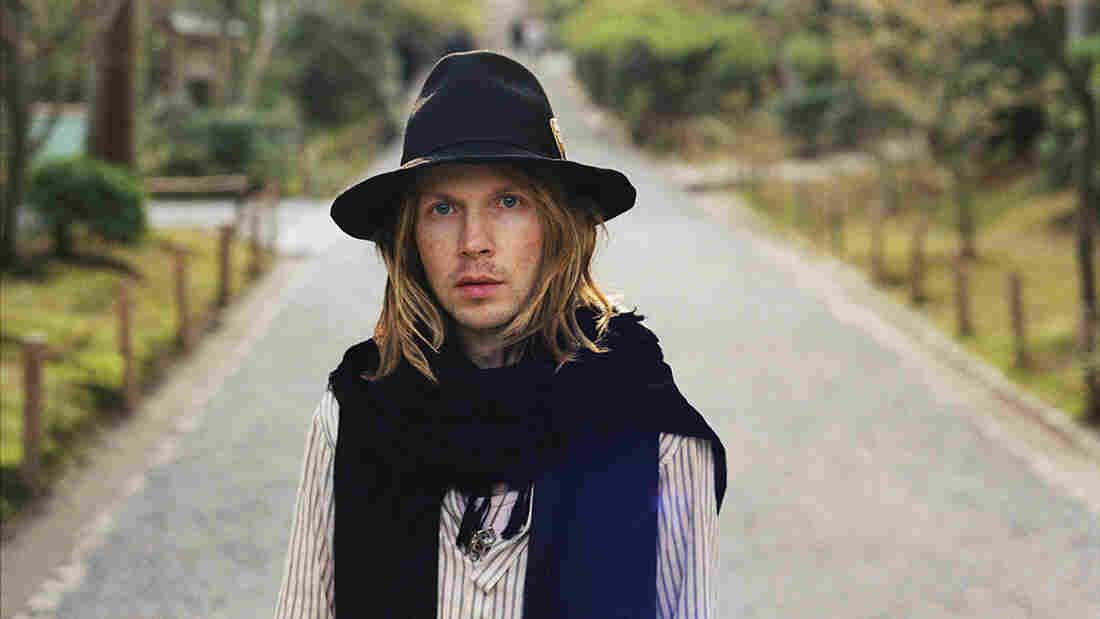 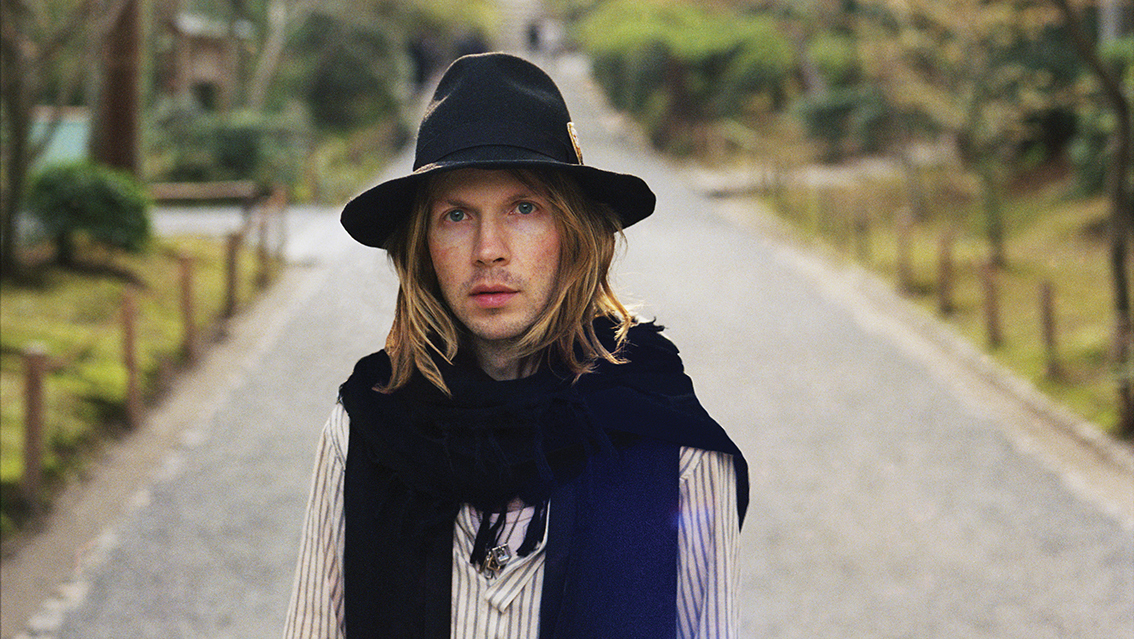 Autumn De Wilde/Courtesy of the artist

The thumbnail summary already circulating for Beck's 12th full-length album goes like this: It's a sequel to Sea Change, the brooding 2002 record frequently mentioned as his masterpiece.

This is useful, to a point, for placing Morning Phase in a general neighborhood. But, like so many descriptors flying around, it doesn't convey much about the work itself — especially since "sequel" is often shorthand for "copy," which this most certainly is not. To get a sense of the latest turns in Beck's journey, go directly to "Wave," one of several pieces from Morning Phase built on the entrancing string orchestrations of David Richard Campbell, the singer-songwriter's father. Here, you'll find no conventional strumming, no weepy pedal-steel guitar, no drums at all — just low strings droning in support of a disconsolate, almost detached vocal. Through the somber haze comes a melody defined by strangely upturned half-steps, culminating in unsettling repetitions of the word "isolation," over and over.

"Wave" has little in common with what most think of as pop music — and, for that matter, with what most think of as Beck music. Even those who know Sea Change will be surprised by the song's stark sense of drama. In a recent All Songs Considered interview, Beck describes the long interval between Morning Phase and 2008's Modern Guilt as a process of rediscovery. He was contending with personal issues, including a serious back injury that prevented him from performing, and when he found it difficult to write for himself, he devoted his energy to covers of classic records and writing for other artists (his 2012 Song Reader, the sheet-music folio, is one byproduct). It took him a long time to develop the new album, he says, because he'd been challenging himself to write in different ways — and didn't always believe that the results were worth sharing.

Of course, new thinking sometimes shows up disguised in familiar rags. Sure, Morning Phase resembles the earlier work in that it's slow and stately and more confessional than any of Beck's Odelay-style sonic jumbles. Get inside the new songs, however, and a more nuanced perspective emerges. There are surprisingly approachable settings here, songs that start with humble acoustic guitar and grow into vast and dazzling canyons of sound. The rhythms suggest a different experience of slowness, a patient (or maybe just grown-up) approach to the pulse. Likewise, the lyrics are beamed from different plateaus: Before, when Beck looked at how the concept of devotion changes in the charred aftermath of a romance, there were traces of bitterness in his words. Now, he seeks more metaphysical terrain — in a few cases, it's as though the words were lifted from walking mantras, or transcribed from hypnotic or meditative states. The delivery enhances this impression: Even the most wrenchingly vulnerable declarations — as in "Morning," wherein he observes, "We tore it all down, and buried me underneath the weight" — are rendered with yogic calm. These elements make the latest Beck creation something more than a wounded-heart reprise; it's a glimpse of new frontiers in letting go and moving on, told by someone who wasn't thinking quite this way before.

When it comes to an artist like Beck, one of the most restless creators of his generation, attempting to measure artistic growth can be a fool's game. After I heard Morning Phase a few times, I went back to Sea Change and listened specifically to the rhythms. There are certainly similarities; both albums have a few majestic slow processionals and beautifully sculpted arrays of vocal harmony, and many of the same musicians contribute to the whole. I was struck, though, by the differences: how the crew brings a sense of serenity to Beck's refrains; how settled and selfless everything feels now; how the musicians breathe together in the vast open spaces between backbeats of a song like "Unforgiven." Making music involves choosing and then refining an approach — sometimes making little tweaks, sometimes abandoning what had previously been sacred. What you hear with these two records is a protracted version of that process. Beck and his supporting cast had clear ideas about playing a grand slow sad song in 2002; recognizing that fundamental ideas about rhythm have changed in the intervening years, they seek out new ways of walking a similar path. The search gives these songs deep resonance.

Today, releasing an album containing mostly downtempo songs might seem like a quaint old-fashioned dare, or a gauntlet — until, that is, you hear the spellbinding way these particular songs are executed. Here, slowness isn't ponderous; it's a virtue, a gateway to contemplation, a means of escaping the chatter of the modern world. Still, no matter who's at the wheel, 13 slow or medium-tempo songs can be an endurance test. One triumph of Morning Phase is its pacing. As a producer, Beck wisely changes the color palette and the texture from one track to the next, and after a few relaxed ballads, he switches things up with a crisp traveling tune like "Heart Is a Drum." Moving at a (comparatively) brisk clip, Beck cruises along, visiting dark self-doubt and sunshiny affirmation and places on the emotional spectrum in between, at one point confessing, "I need to find someone to show me how to play it slow."

Maybe it's OK if Beck doesn't play it slow all the time, though, because there's something unexpectedly profound about this breezy moment. As he contrasts the depths of despair with a buoyant, almost boundless optimism, the idea to which he keeps returning — "Your heart is a drum, keeping time with everyone" — takes on deeper meaning. On the page, it looks like a glib slogan, but in the song, it becomes almost like a lifeline; that abiding, almost imperceptible pulse that prevails through good times and bad.