Accessibility links
Don't Know What To Do With Your Life? Neither Did Thoreau A new biography reveals that young Thoreau took quite a few detours on his path to Walden. A gossipy young man who loved eating popcorn, ice skating and listening to his music box, schoolmates and neighbors found him standoffish and regarded his fascination with plants and Indian relics as downright odd. 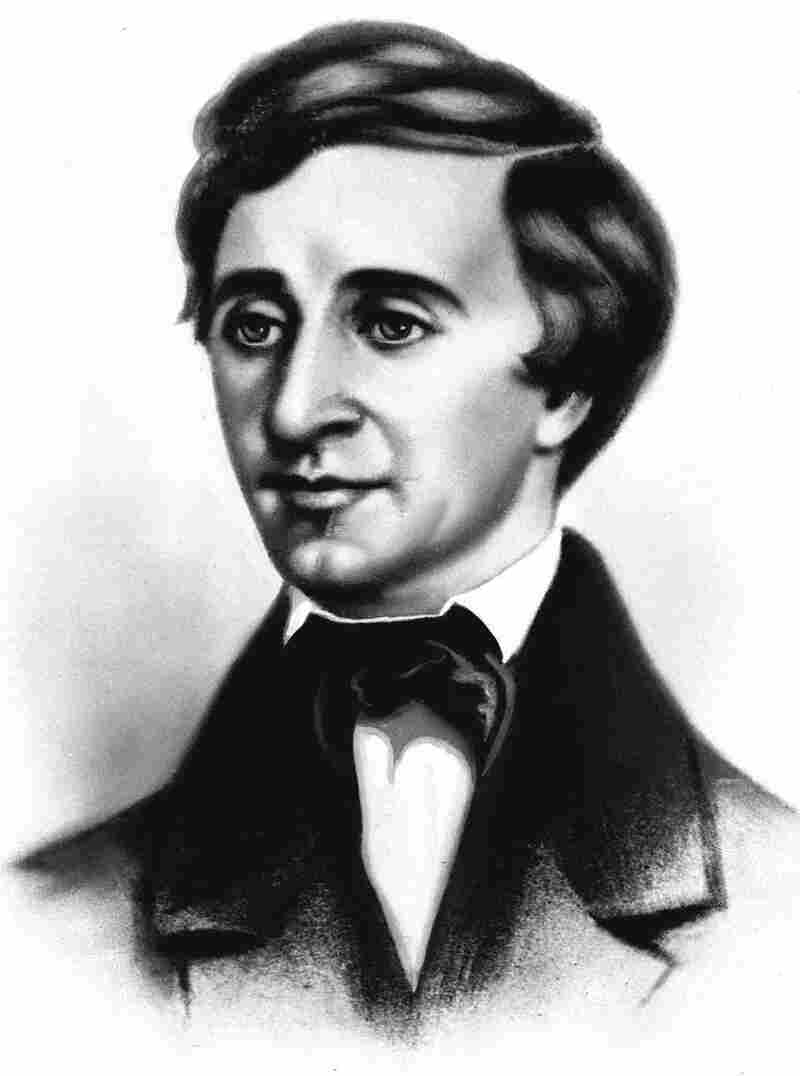 The works of Henry David Thoreau have influenced generations of readers, but Thoreau himself wasn't always celebrated. His schoolmates and neighbors found him standoffish and regarded his fascination with plants and Indian relics as downright odd. AP hide caption 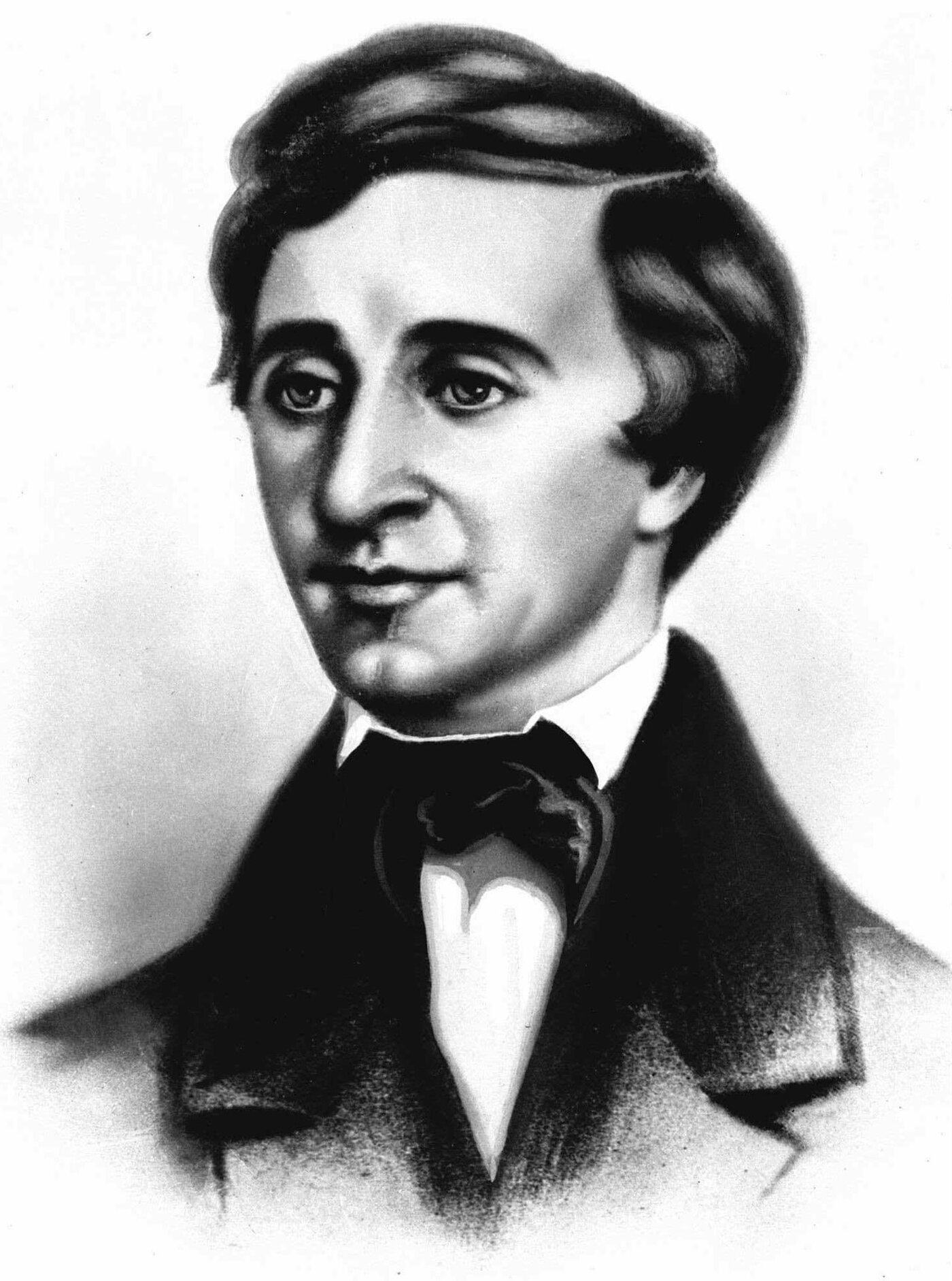 The works of Henry David Thoreau have influenced generations of readers, but Thoreau himself wasn't always celebrated. His schoolmates and neighbors found him standoffish and regarded his fascination with plants and Indian relics as downright odd.

Every year, students come into my office and say, "I don't know what I want to do with my life." Of course, plenty of people in the world don't have the luxury of such cluelessness, but my students don't look like they're enjoying their privilege; they look scared and depressed, as though they've already failed some big test of character. They might find some comfort in Michael Sims' new biography of the young Henry David Thoreau called, simply, The Adventures of Henry Thoreau.

Thoreau's parents, who ran a boarding house and a pencil-making business, managed to scrape up the tuition to send him to Harvard University. When the 19-year-old Thoreau graduated in 1837, he landed a competitive teaching job in his hometown of Concord, Mass.; he quit that job after two weeks because he resented classroom interference by his principal. Throughout his 20s, this Harvard grad helped out in the family business and worked spasmodically as a tutor, caretaker and manure shoveler. He mostly lived at home — with the exception of that two-year stretch at Walden Pond — and he was known round Concord as "quirky."

"How shall I help myself?" The yearning 22-year-old Thoreau scrawled in his journal one night. His answer wasn't practical, but it was profound. "By withdrawing into the garret," Thoreau went on to write, "and associating with spiders and mice, determining to meet myself face to face sooner or later."

Thoreau's youth seemed aimless to himself and others because there were no available roadmaps for what he was drawn to be: A hands-in-the-dirt intellectual who's now hailed as the father of "environmentalism"; a philosopher of non-violent resistance whose writing shaped Gandhi and Martin Luther King Jr. If Thoreau had committed to a professional career right after Harvard, his parents might have rested easier, but the world would have been poorer. 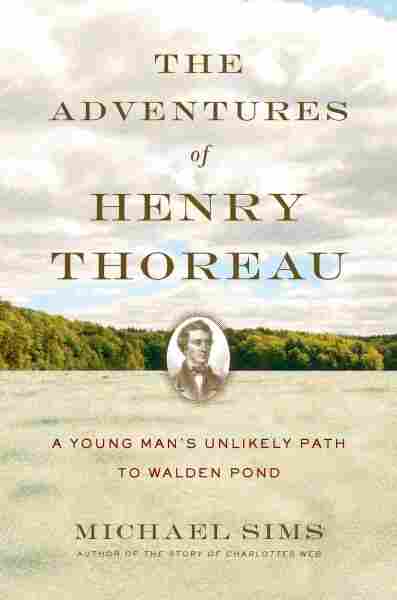 I confess I picked up this biography not because of a burning interest in Thoreau, who always struck me as monastic and preachy, but because I loved Michael Sims' previous book about E.B. White and the writing of Charlotte's Web. Sims made White's youthful world of 1920s New York come alive and he does the same thing here for Thoreau's Concord, a place whose older residents could remember the Revolution; a village that, on winter nights, still had much in common with the Middle Ages, where candles and rags floating in animal fat provided the only light. Sims says one of his aims was to rescue Thoreau from his reputation as a hermit and, instead, reveal him to be a gossipy young man who loved eating popcorn, ice skating and listening to his music box; a guy who reveled in friends like Ralph Waldo Emerson and Nathaniel Hawthorne.

Eh, maybe. Sims' Thoreau still comes off as a monologue-spouting eccentric who has trouble connecting, especially with women. But, Sims is more persuasive when it comes to his second aim: Emphasizing Thoreau's crucial shift from a Romantic to a scientific view of nature. Rather than simply waxing poetic about the beauties of Walden Pond when he moved out there in 1845, Thoreau measured it — literally — by walking out on the winter ice and plumbing its depths hundreds of times with a line and sinker. He also recorded the pond's temperatures and the bloom times of surrounding flowers and plants.

Sims' Thoreau is most appealing in these stretches when he's completely absorbed in these apparently random studies — studies that have now become essential to ecologists today who are charting climate change and using them as measures of comparison.

The Adventures of Henry Thoreau is a rich, entertaining testament to the triumph of a young man who never comfortably fit in, but who made a place for himself, nonetheless. Of course, lots of outsiders aren't so lucky or gifted, and as always, it was easier to buck convention if you were male.

Sims tells a haunting story about the first week that Thoreau moved into his cabin: A man knocked at his door one night, asking for Thoreau's help to search the nearby river for the body of a 19-year-old female schoolteacher, believed to have drowned herself that morning. A farmer's daughter, she was known throughout Concord as smart, but because she had ambitions beyond her station, she had no friends. That unfortunate young woman's body was dredged up from the river that night. Who knows why she killed herself, but being so different couldn't have helped. The next day, Thoreau was lucky enough to go back to his nature studies.

Read an excerpt of The Adventures of Henry Thoreau