Accessibility links
Last Chance To Read 'Grapes Of Wrath' Before It Turns 75 Somehow, a lot of us at NPR Books have never read John Steinbeck's classic. When we realized this anniversary was coming up, we thought: What better way to pay tribute than to actually crack it open? 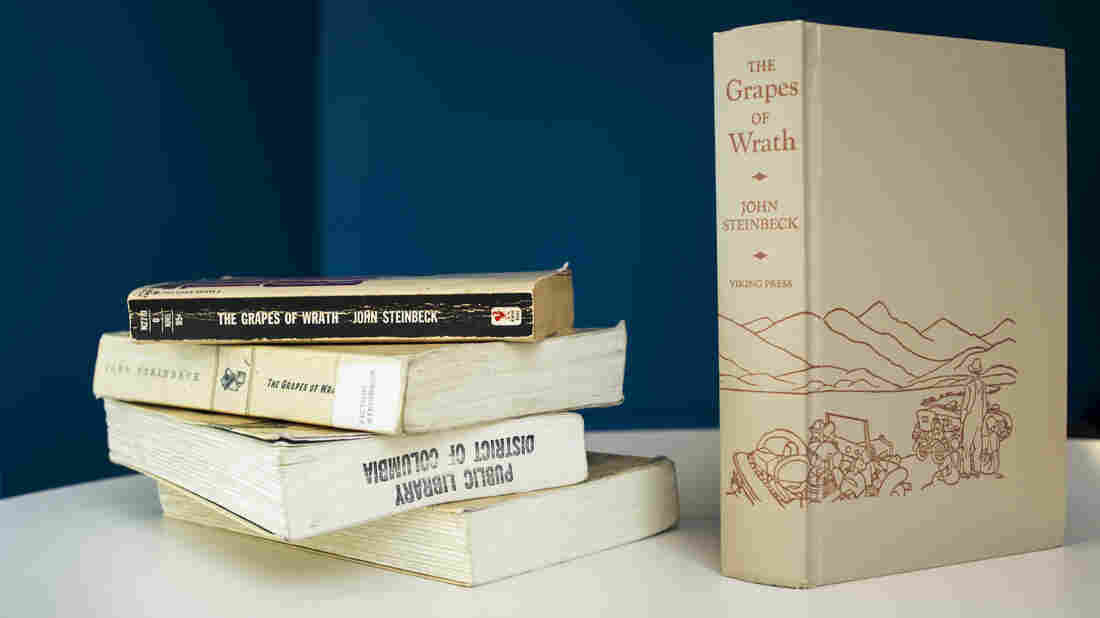 These Grapes Of Wrath copies may look well-loved, but don't be fooled. At lot of us are opening them up for the first time. Jim Tuttle/NPR hide caption 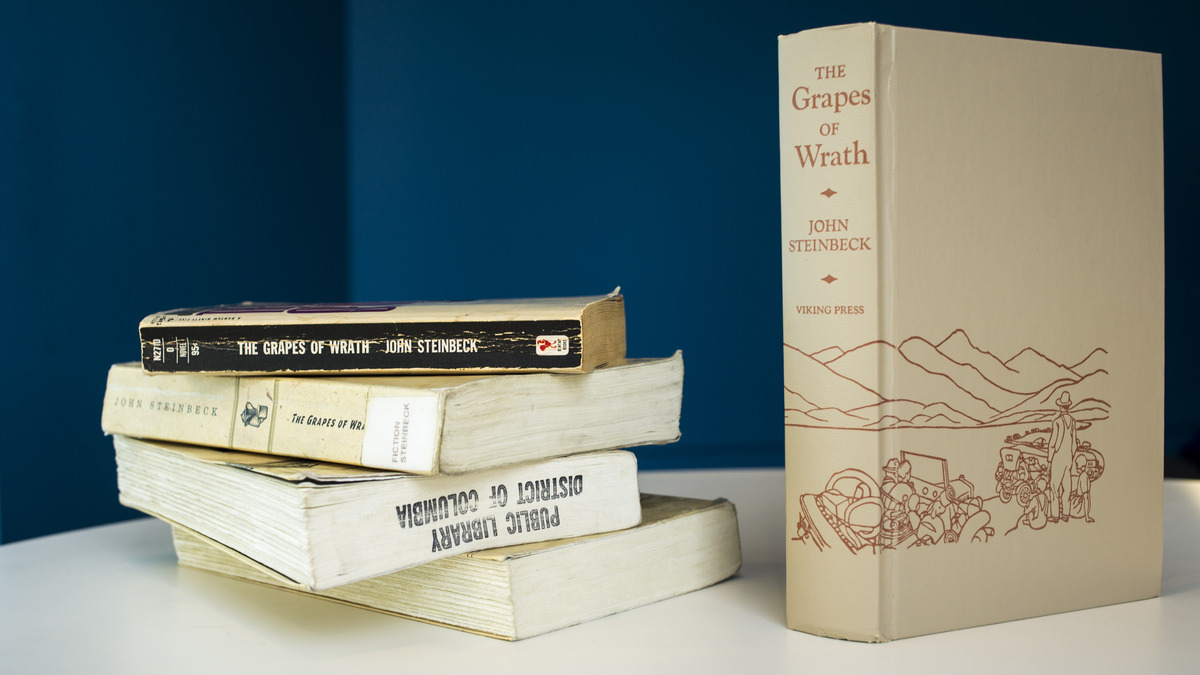 These Grapes Of Wrath copies may look well-loved, but don't be fooled. At lot of us are opening them up for the first time.

John Steinbeck's Dust Bowl saga has been on required reading lists for decades, but somehow a lot of us at NPR Books have never read it. (We know! We know!) So when we realized the 75th anniversary was coming up on April 14, we thought: What better way to pay tribute to Steinbeck's Pulitzer Prize-winning epic than to actually crack it open?

That is to say: We're hosting a Grapes of Wrath book club and you're all invited to join.*

Monkey See has graciously offered to host our discussions, so think of this as the next installment of the I Will If You Will Book Club, where we read something together that we wouldn't normally tackle on our own. Here's how it will work:

We'll read the book in three chunks. At the end of each chunk, we'll gather to talk about what we've read (and to provide moral support). At the end of the last chunk, and on the book's big 7-5, we'll bring a Steinbeck expert in to answer some of your burning questions and so we can show off everything we learned. (Because LEARNING.)

Before we get started, here's a little about the book:

The Grapes of Wrath was first published in 1939, toward the end of a massive drought that, combined with the Great Depression, left countless farm families in the southern Great Plains desperate for work. Many left their land and headed to California in search of farm jobs. Steinbeck's novel follows one such family — the Joads — on their cross-country migration.

Before writing the book, Steinbeck researched Dust Bowl farming and migration by living with an Oklahoma farm family and traveling with them to California. When The Grapes of Wrath came out, it was an immediate bestseller, but it was also banned in some places for, among other things, its portrayals of California farmers, the poor and the working class.

With that knowledge, we encourage you to take a deep breath and dive right in. You can follow our progress, send us your Grapes of Wrath questions and get updates on our third and final book club meeting via Facebook, Twitter and Tumblr. We'll also update this post once we've finalized plans for our final meet-up.

Here's the reading (and meeting) schedule:

*If you've already read the book, you're still welcome to participate. Just remember: No spoilers! (If there can be spoilers for a book that's been out for almost 75 years.)