Accessibility links
That Old-Time Sound, Captured Live In The Moment Their equipment may be quaint, but the new-school folklorists behind The 78 Project have pulled off a kind of musical time travel. 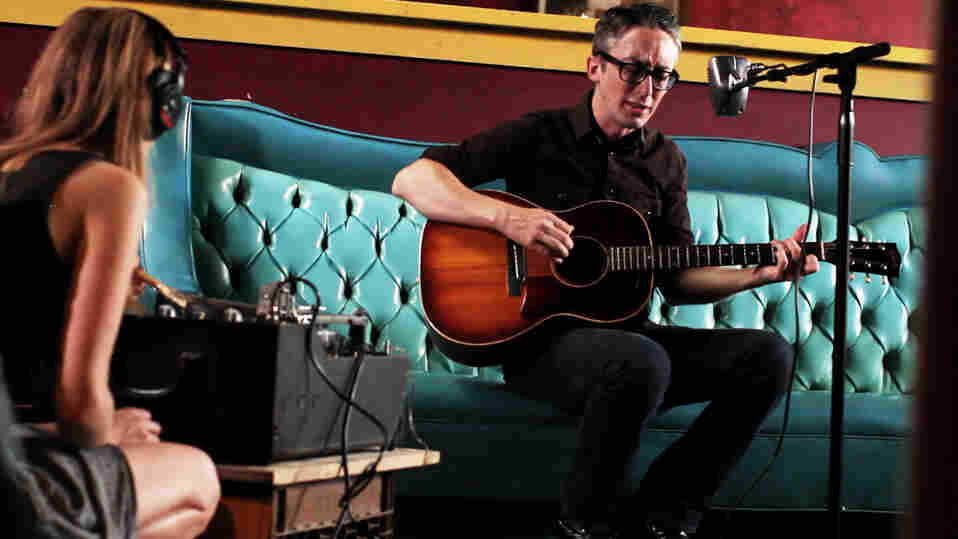 Songwriter John Paul Keith is one of a number of artists to record songs using 1930s-era technology as part of The 78 Project. The 78 Project hide caption 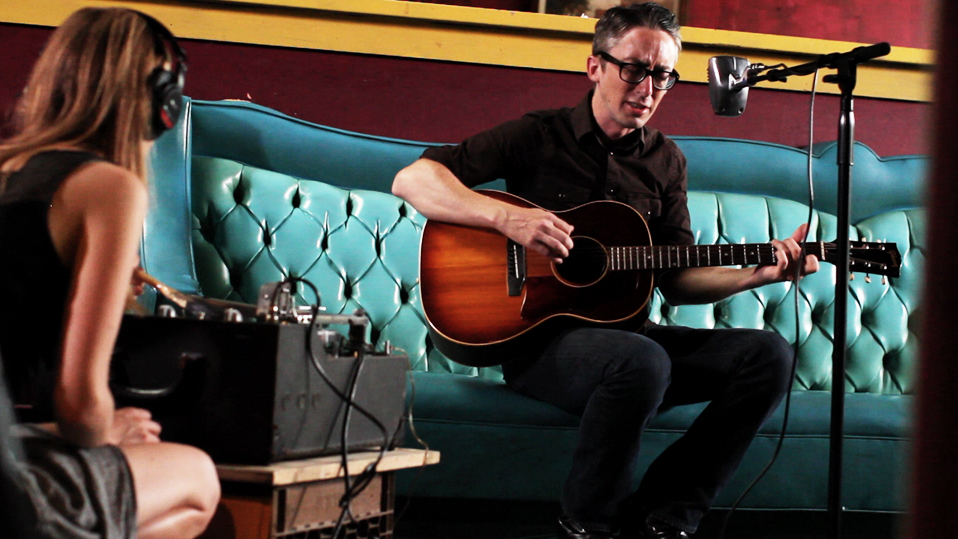 Songwriter John Paul Keith is one of a number of artists to record songs using 1930s-era technology as part of The 78 Project.

When you hear a musical recording that's scratchy and distant, you might naturally assume it's old: a relic from the early days of sound recording. But what would modern music sound like were it subject to the same limitations that musicians faced in those days?

That's the question posed by The 78 Project, which gives musicians the chance to record using 1930s technology.

"When they're actually engaged in the process, they realize it's very familiar to them," says Lavinia Jones Wright, a music journalist and one of the project's creators. "So that time period, our ancestors, are not so removed as we may think."

Wright and her collaborator Alex Steyermark were inspired by the legendary folklorist Alan Lomax, who traveled through rural America in the early 20th century recording music for the Library of Congress. He used a Presto recorder, a machine that captures sound by etching it directly onto a 78 RPM acetate disc.

Wanting to tap into the America that Lomax was recording, Wright and Steyermark went out and found some antique Prestos of their own. For the past few years, Jones and Steyermark have been hauling these machines around the country to capture raw performances. They go to places that are not ideal for recording — but that's part of the point.

"There's so much value in an accurate and beautiful record of a moment in time, of exactly what happened during those four minutes," Jones says. "Every sound that was in the room, and everything that the musician did is in that groove. And there's something really special and really important about that."

"Part of what we're interested in, too, is that the recording process that creates that sound is one that brings out these incredible performances," Steyermark adds. "We do everything in one take, and what we've found is that we get what feel like definitive performances as a result of the process."