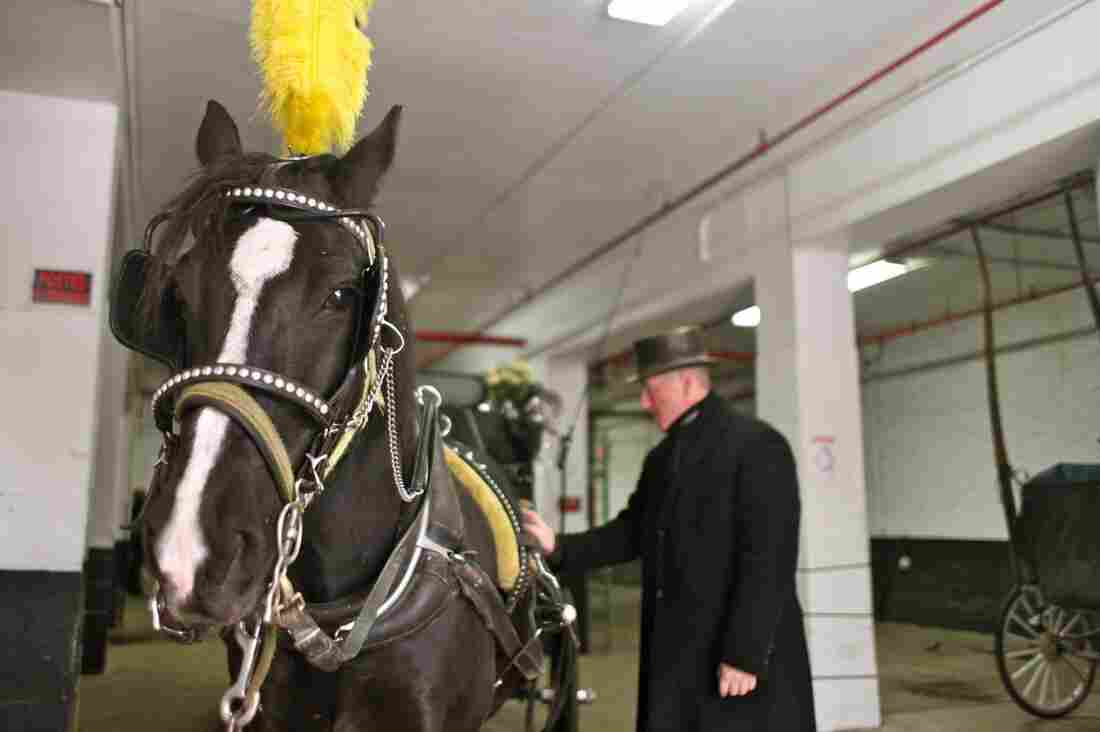 Stephen Malone, spokesman for the Horse and Carriage Association, gets his rig ready in New York City. Some say horse-drawn carriages are inhumane; if the mayor has his way, the practice will end. Amy Pearl/WNYC hide caption 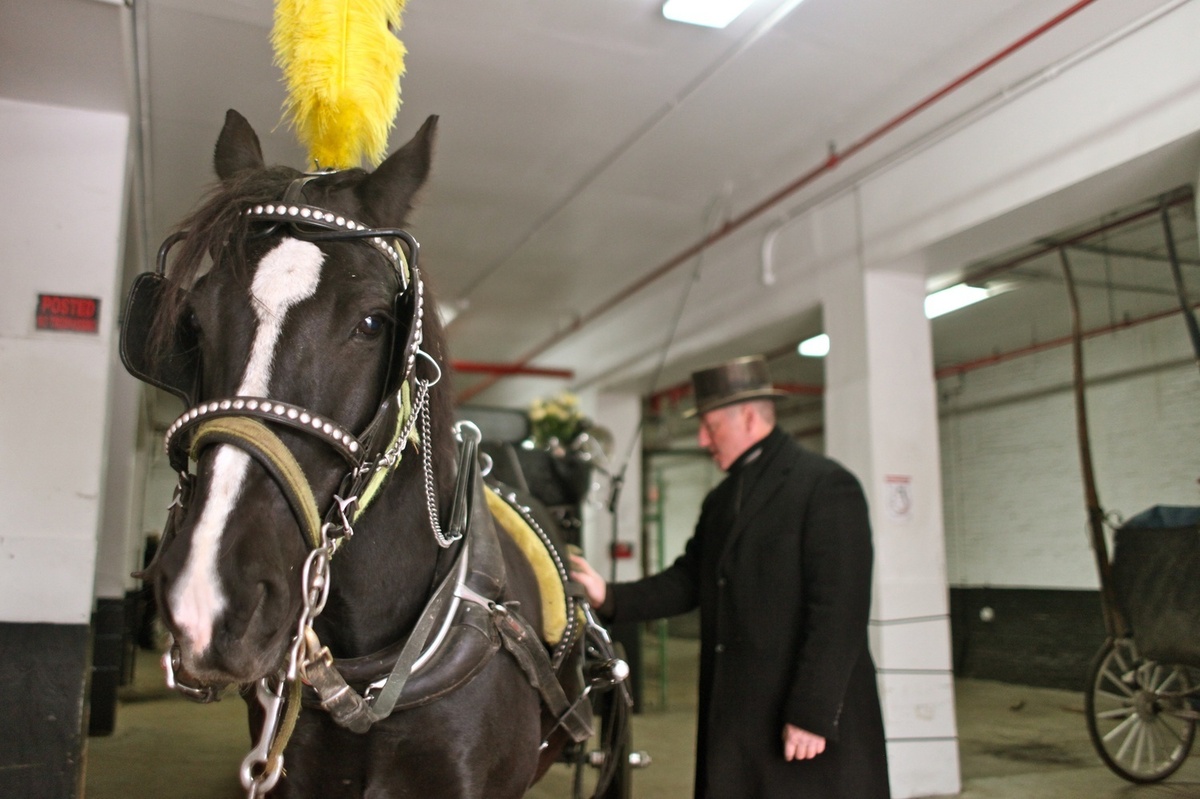 Stephen Malone, spokesman for the Horse and Carriage Association, gets his rig ready in New York City. Some say horse-drawn carriages are inhumane; if the mayor has his way, the practice will end.

So he raised some collective eyebrows when he announced what one of his first initiatives as mayor would be:

"We are going to quickly and aggressively move to make horse carriages no longer a part of the landscape in New York City," he said. "They're not humane; they're not appropriate to the year 2014; it's over."

Horse carriage rides are a staple in cities around the country. Animal rights activists have argued for decades that the practice is inhumane, and they've been gaining some political allies. A Chicago alderman recently called for a carriage ban.

When the new mayor of New York reiterated on Comedy Central's The Daily Show that horses don't belong in the city, host Jon Stewart poked fun at the proposal, asking: "Should we even be living here? ... Sometimes I look at their stable and I go, like, what do you think that'd go for, $1,600 a month? What do you think?"

Stewart's studios are just around the corner from the largest of New York's four carriage horse stables, called Clinton Park. 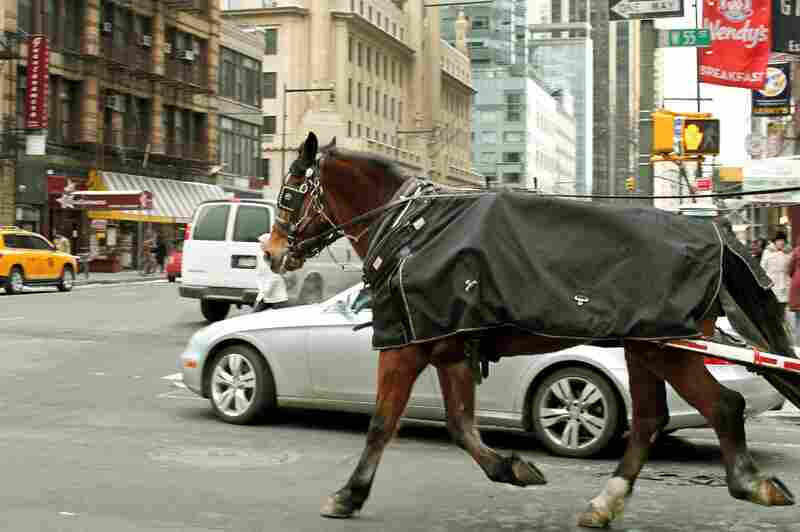 A carriage horse clops through traffic down 55th Street in Manhattan. Drivers say many of the horses came from abusive situations. Amy Pearl/WNYC hide caption 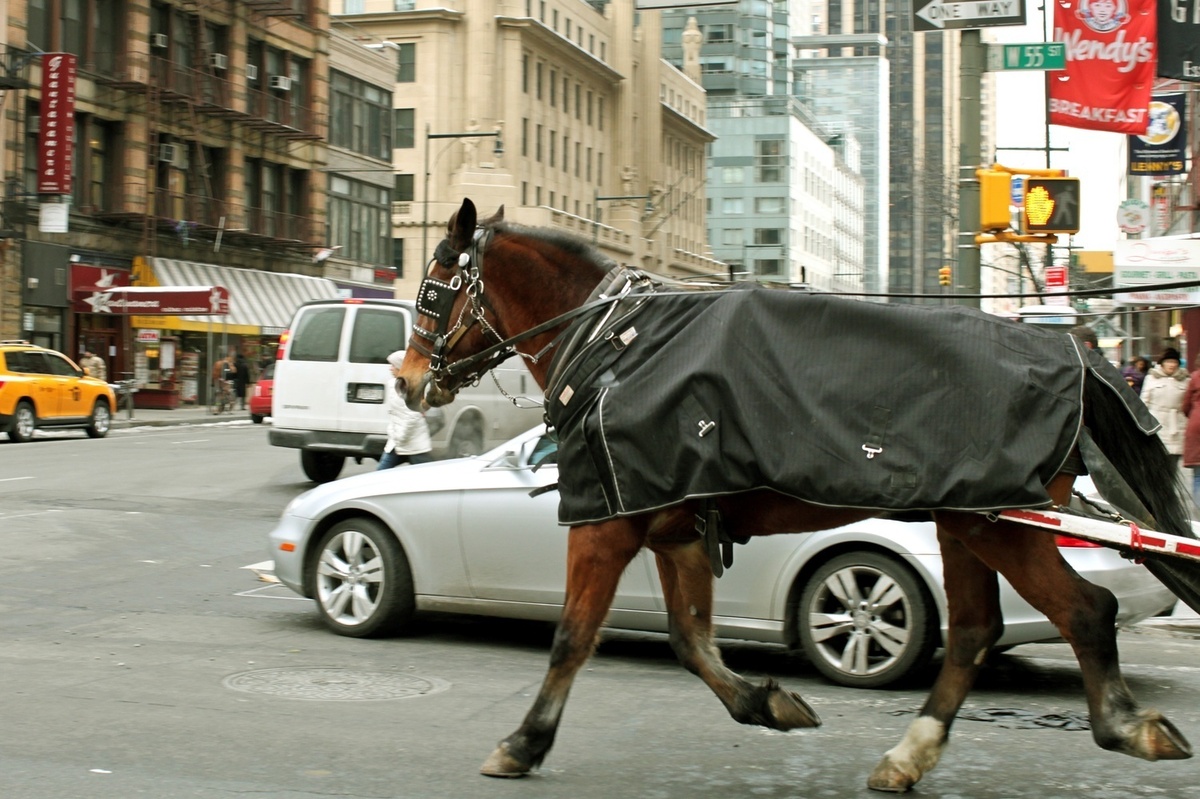 A carriage horse clops through traffic down 55th Street in Manhattan. Drivers say many of the horses came from abusive situations.

It looks like Cinderella's parking garage, with rows of fancy carriages lined up against whitewashed walls. The stalls appear clean and roomy, 8 by 10 feet — with freshly laid hay and clean water available. Driver Jean Michnej calls to Scoobi, his horse, and Scoobi answers with a neigh.

Scoobi is one of about 220 horses in the city; there are about 160 working carriage drivers. In fiscal year 2013, the New York City Health Department issued just 16 violations to carriage horse owners. 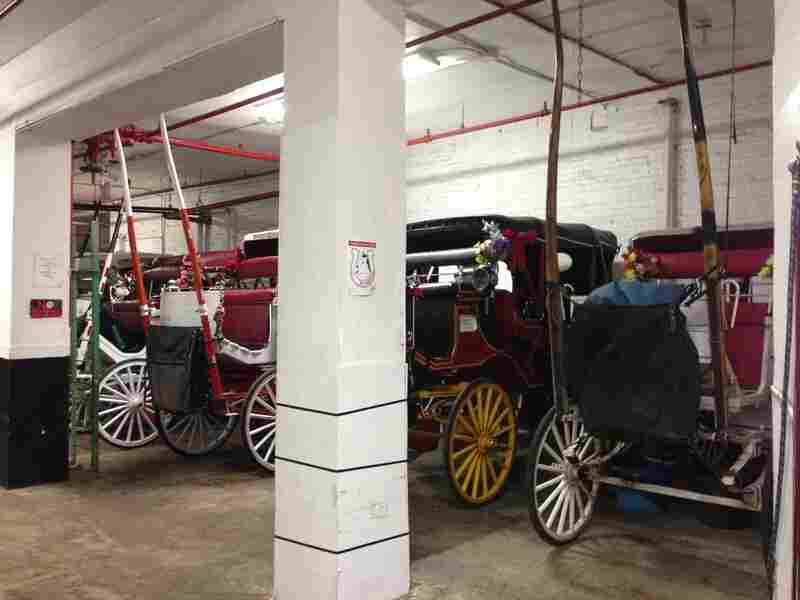 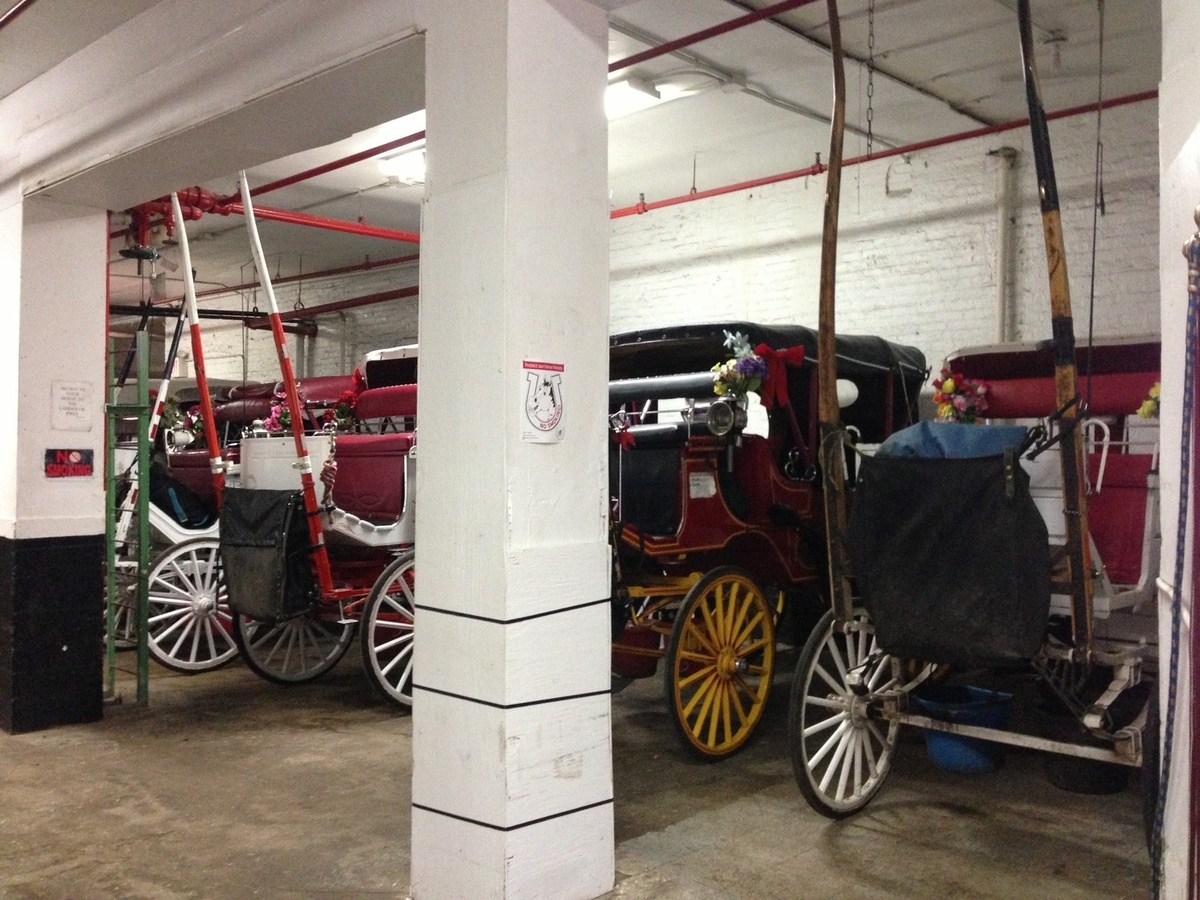 "They're pounding the pavement for up to nine hours a day; they don't get any time to have turnout; they get no time to graze the grass, to roll, to socialize with other horses," she says.

Stephen Malone, spokesman of the Horse and Carriage Association, says the activists should be thanking the carriage industry for giving horses a job that keeps them in demand.

Thousands of tourists take carriage rides through Central Park each year, like dental hygienist Cynthia Holt of North Carolina, who came on Christmas. She says her driver doubled as a tour guide.

"He was just such a pleasure to talk to, and he knew right off the bat that we weren't from New York City; I guess it was our accent," she says.

Holt plans to come to New York again this year, and she's hoping to take another spin in the horse carriage through Central Park.

"I think it would be very disappointing if we just couldn't take that carriage ride," she says. "That would be one thing that I would want to do again."

In a Back to the Future kind of moment, the animal rights group and the mayor's administration are crafting a plan to replace the horse and carriage with electric-powered antique cars. It would mark the second time in history that the car has supplanted the horse.