Accessibility links
Music Education For Creativity, Not A Tool For Test Scores With so much pressure on schools to improve test scores, music and the arts sometimes fall off the list of priorities. That's led advocates for music education to point out its benefits in the classroom. 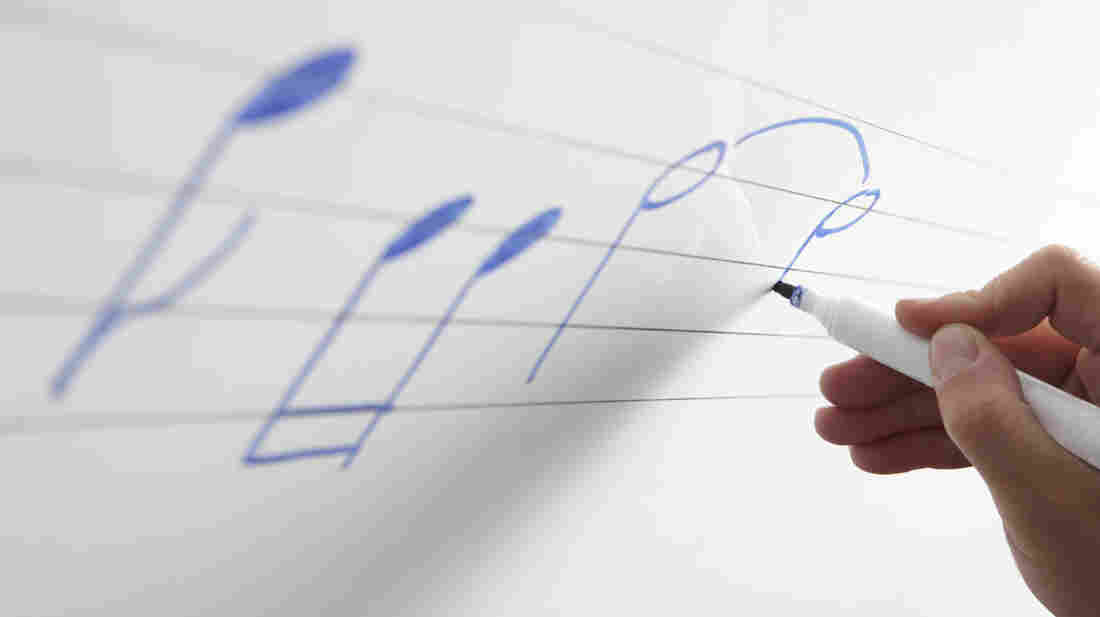 Advocates are pushing for the virtues of music education that can't be measured numerically. iStockphoto hide caption 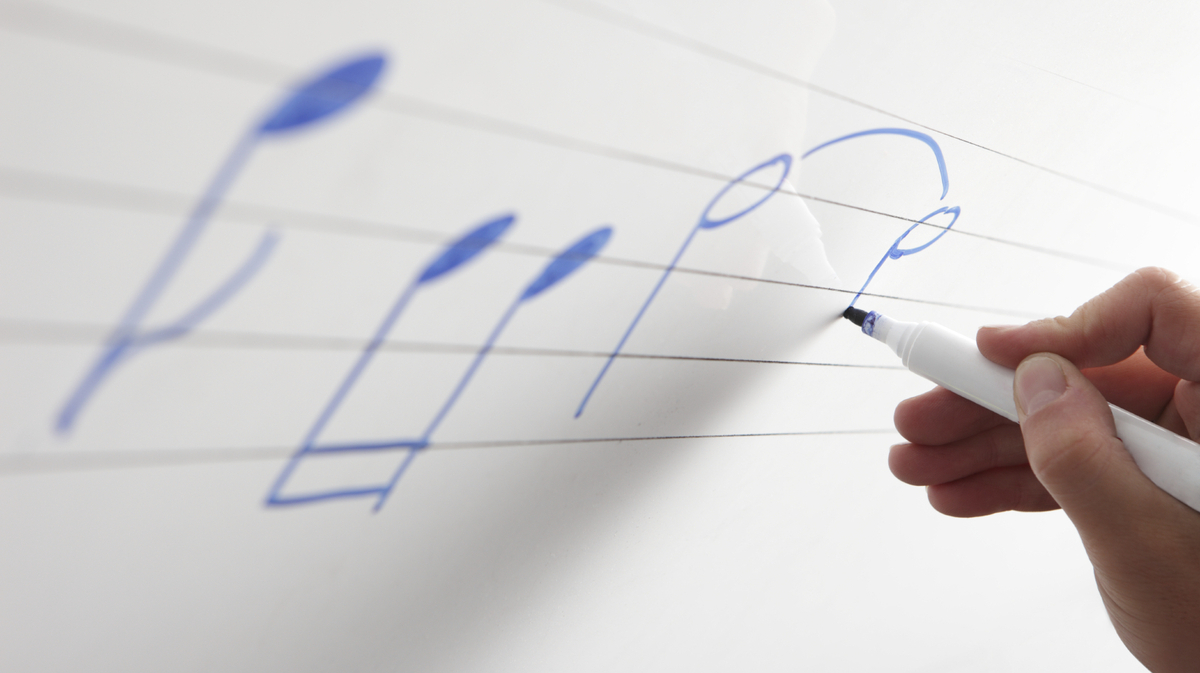 Advocates are pushing for the virtues of music education that can't be measured numerically.

In a mobile classroom — basically a trailer outfitted with a desk and some chairs — music teacher Chris Miller works with a group of active kindergartners dressed in green and khaki school uniforms. He teaches them the basics: musical concepts, artists and styles of music.

Though classes like Miller's still exist, the arts have been known to fall down the priority list amid pressure on schools to improve test scores. Backers of music education have responded to that pressure by pointing to the academic benefits of learning music, like better grades and improved attendance.

But now, some advocates say that rhetoric is missing the point and overlooking the virtues of music that can't be tested.

At Haven Elementary School in Savannah, Ga., students get about four hours a month with Miller. But students used to get more music. Principal Sharon Draeger was a teacher at this school in the late 1990s.

"When I taught here," Draeger says, "we actually had a pretty good chorus. So, yeah, it was higher on the priority list. But now I think it's kind of been buried under things that come up higher."

Subjects like reading and math are a big focus of the Common Core standards adopted by Georgia and all but a handful of other states.

Draeger says her school is made up almost entirely of African-American students from low-income families. She says the kids "struggle" with tests. And funding is always a challenge.

Draeger says she can't give music the focus she'd like: "We try to squeeze it in when we can, where we can."

Chris Woodside of the National Association for Music Education says he sees this as commonplace. "It is incredibly valuable that kids improve their reading skills," Woodside says, "or grade-point averages, or spatial reasoning through access to music education. But those are just the icing on the cake."

Now, Woodside says he wants the teachers his organization represents to talk less about tests and more about the intrinsic benefits of music. The group launched a new campaign called Broader Minded, which makes the argument that music helps kids be more creative and work better together.

Russ Whitehurst, an education policy expert at the Brookings Institution, says he thinks the statistics about music education say something different. He points to a 2010 U.S. Department of Education report that found 94 percent of public elementary schools offer some kind of music classes, even if hours are being cut back in many places.

Whitehurst says the number of schools teaching music has held steady over the course of a decade. "I think music teachers are crying wolf, largely, if you look at the national trends," he says. "The perception that somehow kids are being drilled in reading and math all day doesn't line up with the facts."

Whitehurst says standardized testing zeroes in on which students are struggling.

Back at Haven Elementary School in Savannah, Miller says he's happy to connect music with what students are learning in their other classes — like a classic spiritual they're practicing for Black History Month.

Miller says music should be seen as an essential part of education and not an extra. That's an argument music education advocates will continue to make as they push back against the movement toward more testing.