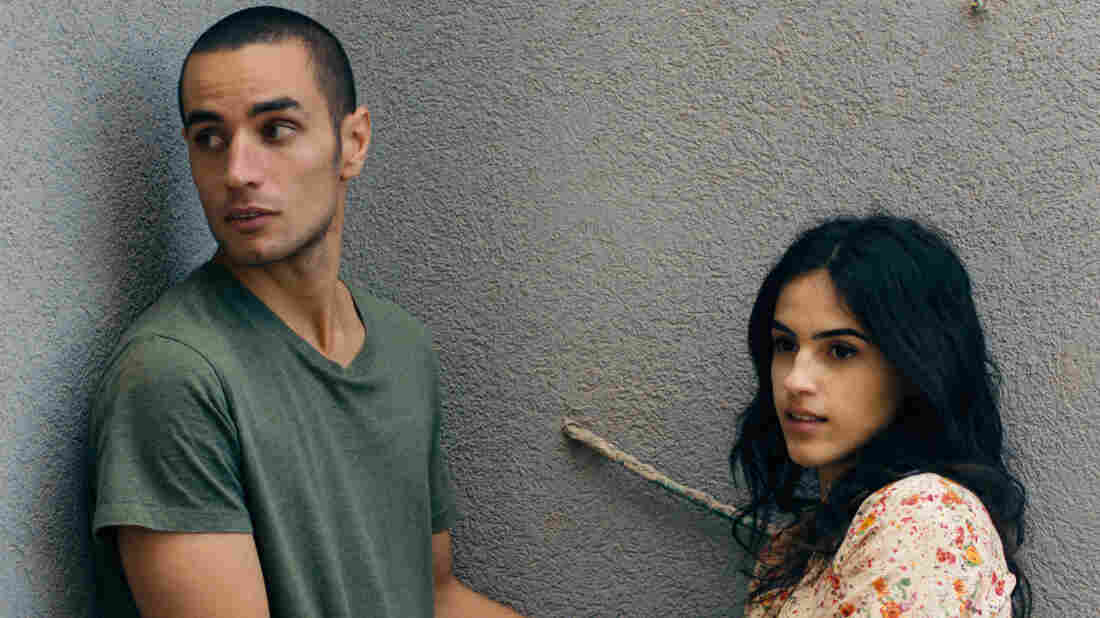 Omar (Adam Bakri) is a Palestinian baker and secret informant who braves the wall that splits his community to visit his lover, Nadia (Leem Lubany) in the Oscar-nominated film Omar. Adopt Films hide caption 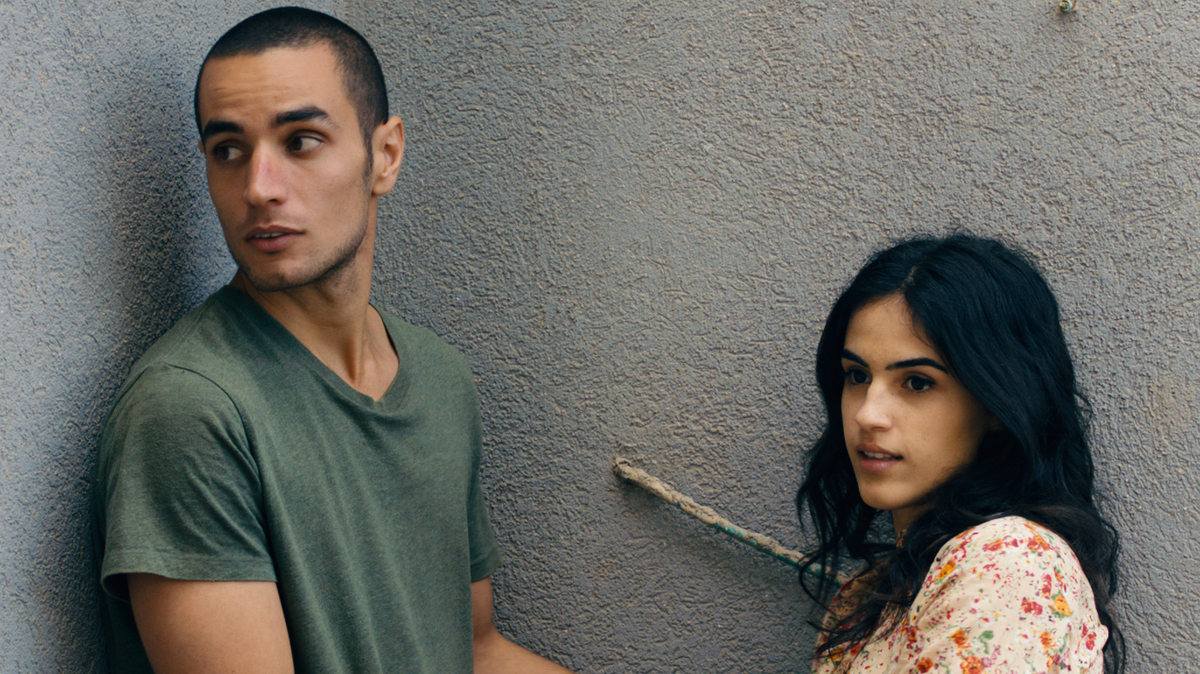 Omar (Adam Bakri) is a Palestinian baker and secret informant who braves the wall that splits his community to visit his lover, Nadia (Leem Lubany) in the Oscar-nominated film Omar.

American art-house audiences are being offered an intriguing exercise in double vision over the next couple of weeks: two movies about Palestinian informants and their complicated relationships with Israel's secret service, one directed by a Palestinian, the other by an Israeli. Their similarities turn out to be nearly as intriguing as their differences.

First to arrive — this weekend, in limited release — is the Palestinian Oscar nominee for foreign-language film, Omar, made by celebrated director Hany Abu-Assad, whose 2005 drama Paradise Now also dealt with Arab-Israeli tensions. Two weeks from now, first-time writer-director Yuval Adler will unveil his thriller Bethlehem, which has taken home prizes from a number of European festivals. 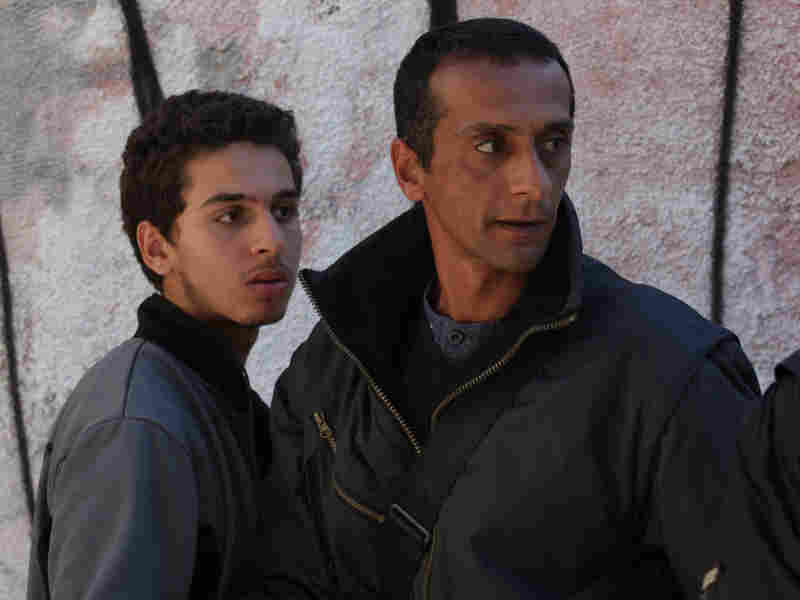 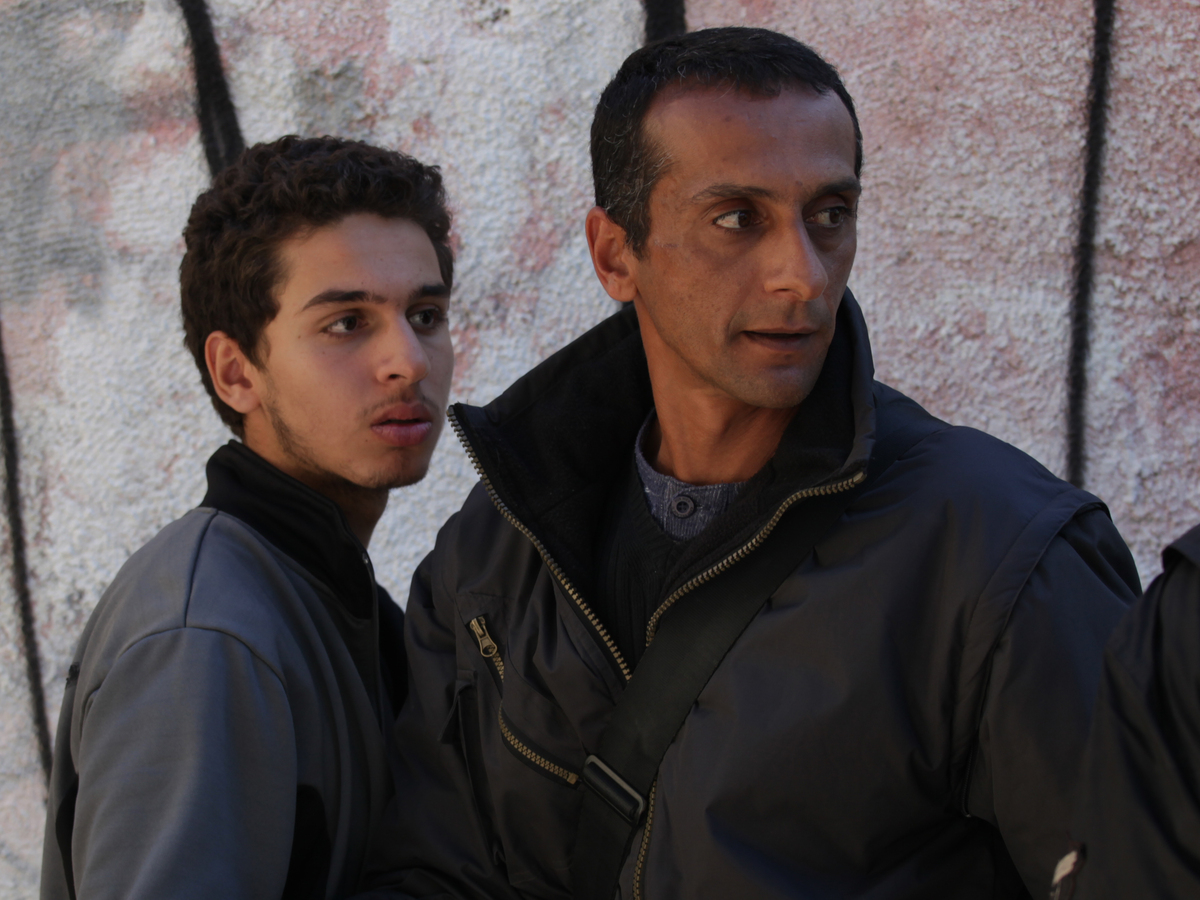 But the place — a literally biblical landscape pierced by gunfire — feels identical in the two films. So do their basic outlines. In each, a militant Palestinian youngster will be coerced into ratting out his friends to an Israeli secret service agent. In each, the young man's relationships with his community, and with his agent, will become fraught and complicated. In each, the price of betrayal will be measured in blood.

But as the titles Omar and Bethlehem suggest, the films come at their stories differently. The Palestinian Omar feels intimate, centering on its young baker (Adam Bakri) and his romance with a friend's sister (Leem Lubany); it was she, Nadia, he was trying to visit on the other side of the wall. Only after establishing those characters, and how Shin Bet agent Rami (Waleed Zuaiter) comes between them, does the director expand the film's focus to embrace their divided community.

The Israeli film takes the opposite course, concentrating initially on its titular town's unraveling social fabric — its Palestinian community is run by officious politicos and overrun by Kalashnikov-toting thugs — and then delving into what that unraveling means for one troubled teen. Sanfur (Shadi Mar'i) has an older brother who's a notorious terrorist, along with a Shin Bet handler (Tsahi Halevi) who has adopted an almost parental attitude toward him.

While the films are equally earnest, they are not equally accomplished. Bethlehem qualifies as a promising debut for its first-time actors and director, but it's slack at first, and the thriller tricks it uses to ratchet up the tension later — musical underscoring, careening vehicles, threatening crowds — keep it from sneaking past your defenses.

Omar gets past those barriers mostly by being an effective nail-biter of a personal story, but also by creating a persuasive real-world milieu. It's the sort of film that feels so authentic that even knowing it's a fiction, the morning after seeing it, I found myself scanning headlines to see if there were any new developments. Omar had me doing that — and had me, tragically, finding plenty of parallels in the real world from which it arises.