Accessibility links
The Lives Of Blind Brothers Changed When 'Dad' Came Knocking Leo, Nick and Steven are triplets whose single mother had a hard time caring for them. Their lives changed when a blind man in their community heard about their situation. 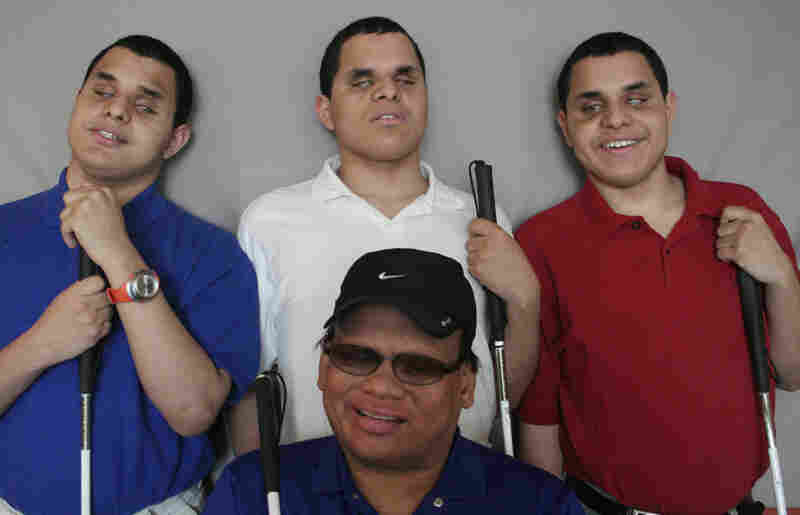 The lives of Leo, Nick and Steven Argel (from left) changed the day Ollie Cantos knocked on their door. StoryCorps hide caption 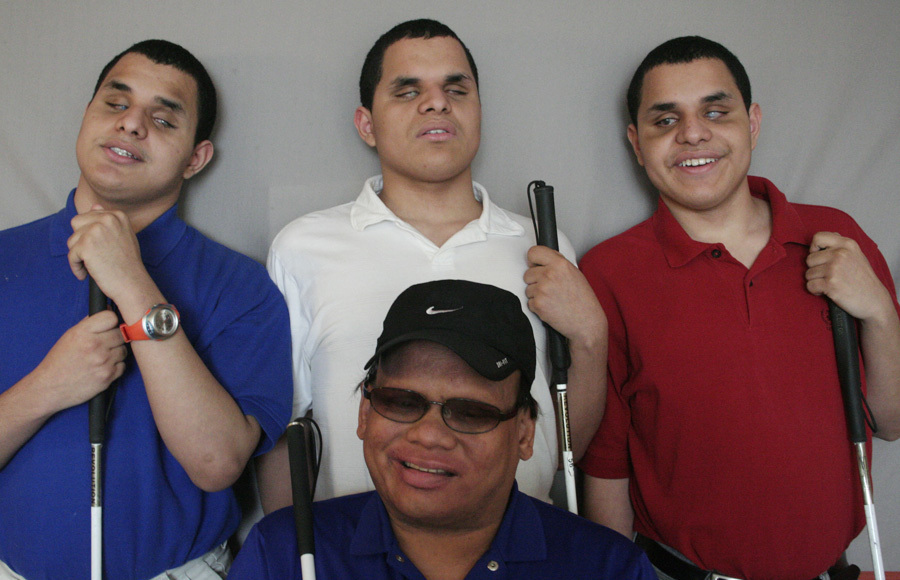 The lives of Leo, Nick and Steven Argel (from left) changed the day Ollie Cantos knocked on their door.

Leo, Nick and Steven Argel are 14-year-old triplets, and they've all been blind since birth.

Growing up in Arlington, Va., their single mother had a hard time caring for them.

"Every day was like: Wake up, go to school, come back home, and then you stay there for the rest of the day," Leo recalls in a visit to StoryCorps. "There were certain things that I wish I could do, like I wish I could go out and play in the snow like everyone else. 'Cause I've heard kids through the window — we could hear that they were having fun. The only thing I remember, when I was 7, we went to McDonald's and we went to the park. We rarely went outside."

Nick says it got so bad he wanted to die. "But it was one of the decisions I'm glad I did not make because I would have missed out on everything."

That all changed when they were 10. Ollie Cantos, a blind man in their community, got word of their situation and knocked on their door. He's now in the process of formally adopting the brothers.

At first, the brothers didn't believe Cantos was blind, so he demonstrated that he could read braille.

"It just made me feel like I had a person that I could trust," Nick says. "Because I didn't trust anyone."

Cantos, like the brothers, had a hard time growing up. He says he didn't have any friends, and people made fun of him.

He taught the brothers how to use their canes better by taking them to the corner store. One day, the store clerk asked Cantos if Leo was his son. Before Cantos could answer, Leo put his arm around him and said, "Yeah, that's my dad."

As Cantos remembers it, Leo said, "Well, you take us places, you protect us, you help us with our homework and make us happy. Sounds like a dad to me."

"Whenever I hear you call me 'Dad,' " Cantos tells the three brothers, "it's the highest compliment to me. You three used to be in the same situation that I was, and to see you come out of that and to be the way you guys are now, it's impossible to describe how grateful I am that I get to be your dad."