Accessibility links
Jewels Lie Beneath The Violence In The Central African Republic A Muslim-led coup last year triggered the violence in the majority-Christian country. But there's a deeper reason: resentment over diamonds and gold, mined by Christians and traded by Muslims. 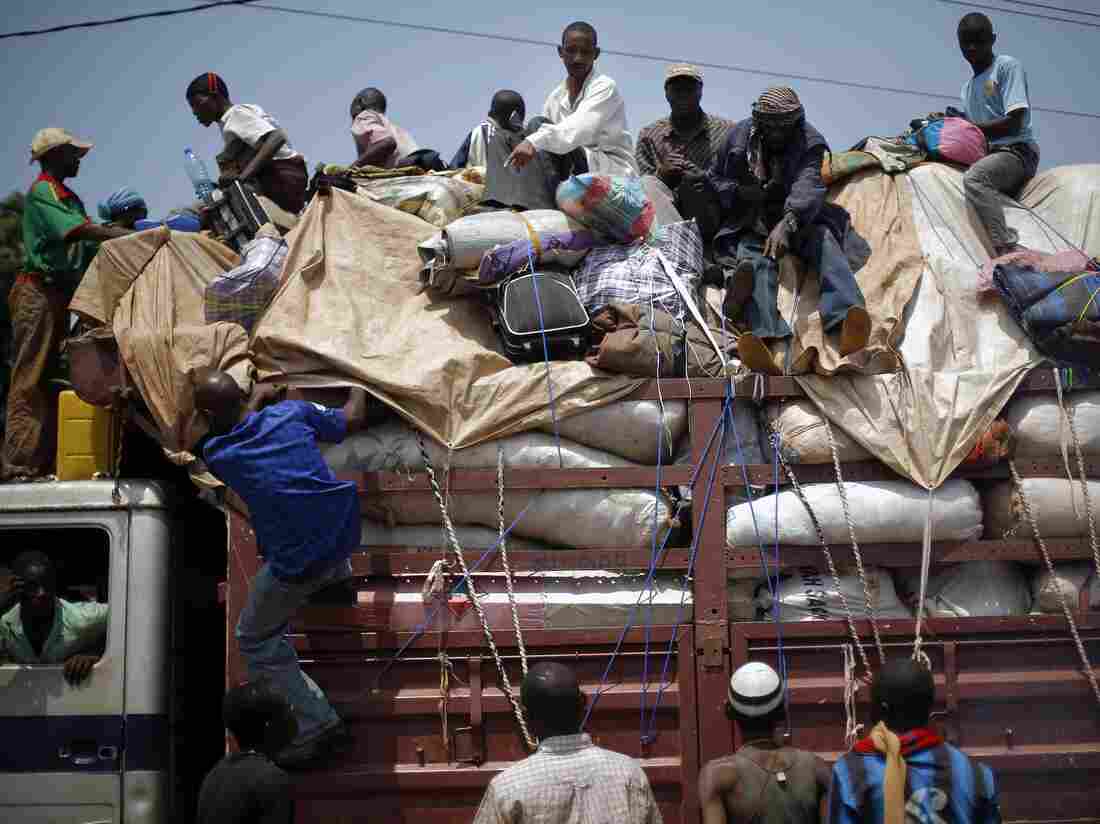 Morning Mass began with a hymn on a recent Sunday at the Infant Jesus Catholic Church in the Central African Republic town of Bouar. The Rev. Dominic Mbarta fretted about his sermon. The previous Sunday, when a Polish priest at the church simply asked the congregation to refrain from killing their Muslim neighbors or looting abandoned Muslim houses, the priest was threatened.

"They were so angry," Mbarta says. "They went back grumbling that the priest is not impartial. He is for the Muslims. He's not for the Christians."

Across town, there is a mosque where thousands of Muslims are pinned down, unable to move outside a small radius or risk being macheted in the street. In this climate, it's too soon to preach forgiveness, Mbarta says.

That anger is tied to the events of last year, when a coup by a Muslim-led militia deposed the president and triggered a criminal spree of arson and murder against Christian civilians in the majority-Christian country. While many of those attackers were actually foreigners — mercenaries from Muslim Chad and Sudan — people in the Central African Republic accuse their Muslim neighbors of aiding the invaders. 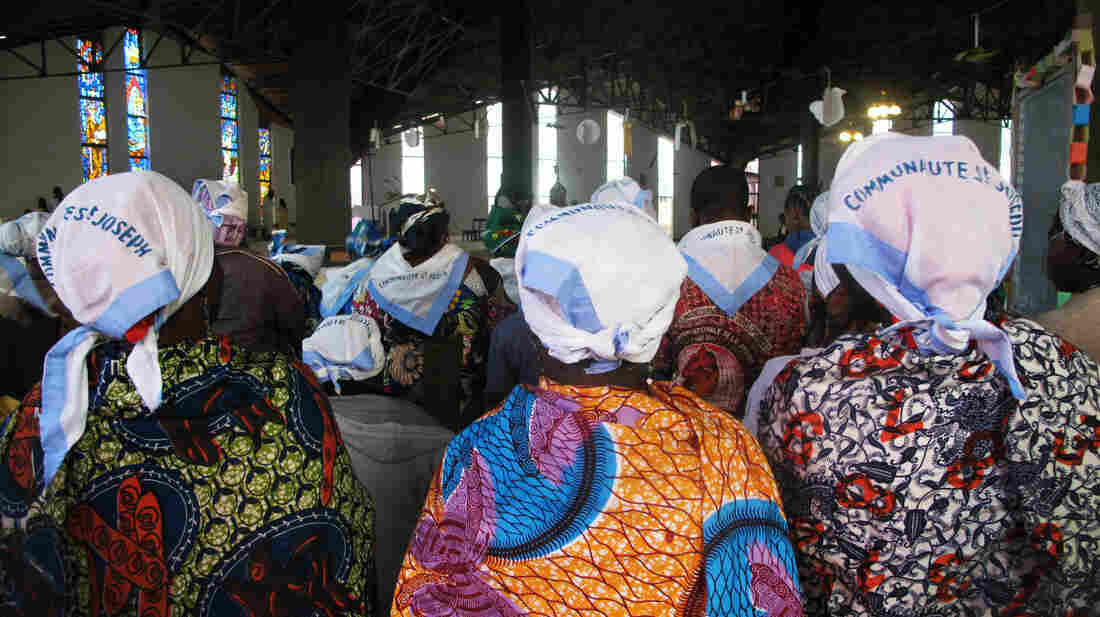 The ethnic and religious divide runs deep across the Central African Republic. Members of the congregation of Infant Jesus Catholic Church in Bouar grew angry when a Polish priest asked them not to kill their Muslim neighbors or loot their abandoned homes. Gregory Warner/NPR hide caption 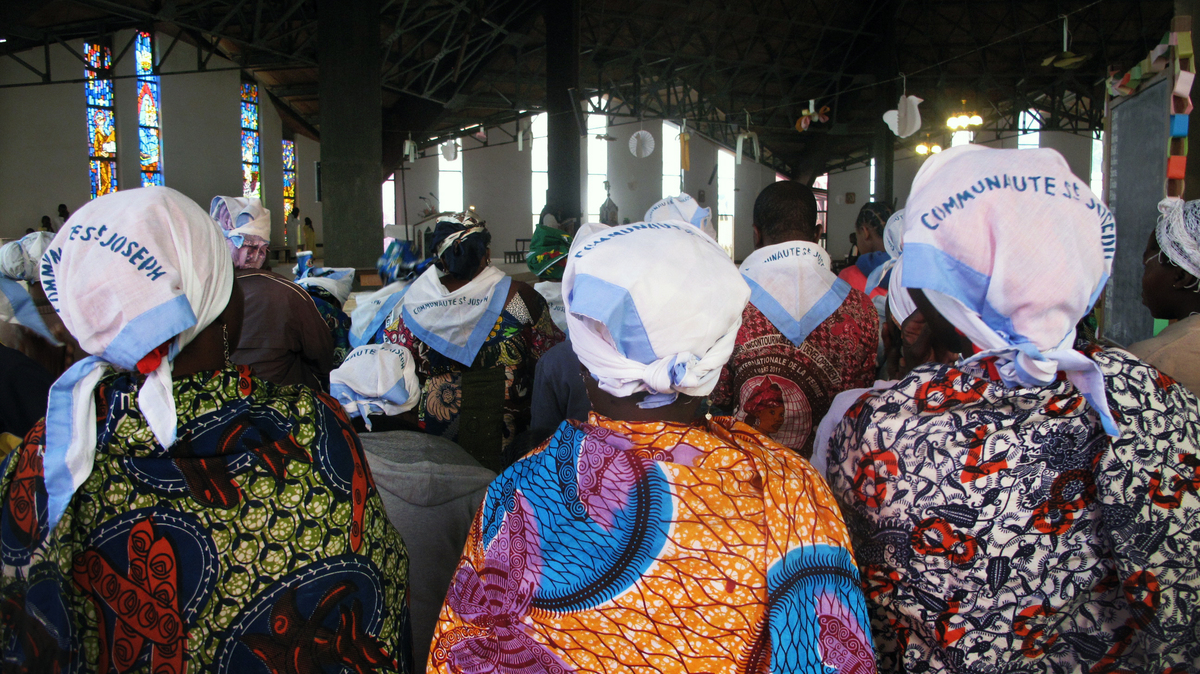 The ethnic and religious divide runs deep across the Central African Republic. Members of the congregation of Infant Jesus Catholic Church in Bouar grew angry when a Polish priest asked them not to kill their Muslim neighbors or loot their abandoned homes.

There has been no talk of compensating people for their loss, the priest says. "So how can we talk about forgiveness and reconciliation where there is no justice?"

Now for the past few months, Muslim civilians have been hunted down in the Central African Republic. This is usually explained as a collective spasm of Christian-led revenge. But Mbarta says there is a deeper reason.

Later that afternoon, he meets me behind the closed door of my hotel room. He's brought with him a scruffy-looking guy named Joseph Baba, who wears a thick coat despite the equatorial heat. From the pocket of that coat emerges a square of pink tissue paper. Unfolded, it reveals six uncut diamonds.

The Central African Republic, the priest says, is awash in diamonds and gold. For various historical and cultural reasons, most of the traders of those jewels have been Muslim. Over the decades since independence, he says, there's been growing resentment of the middleman traders by the mostly Christian miners. Even the priest isn't immune to it: His father was one of those villagers who eked out a living by panning gold from the rivers. 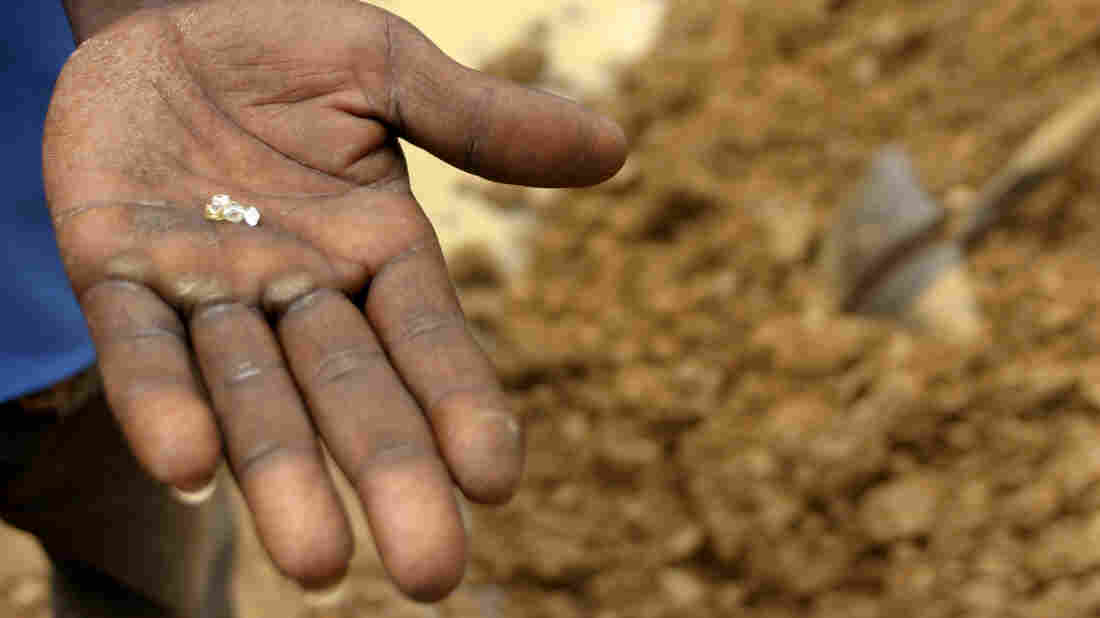 A villager holds diamonds dug out from a mine outside the village of Sam Ouandja in northeast Central African Republic in 2007. David Lewis/Reuters/Landov hide caption 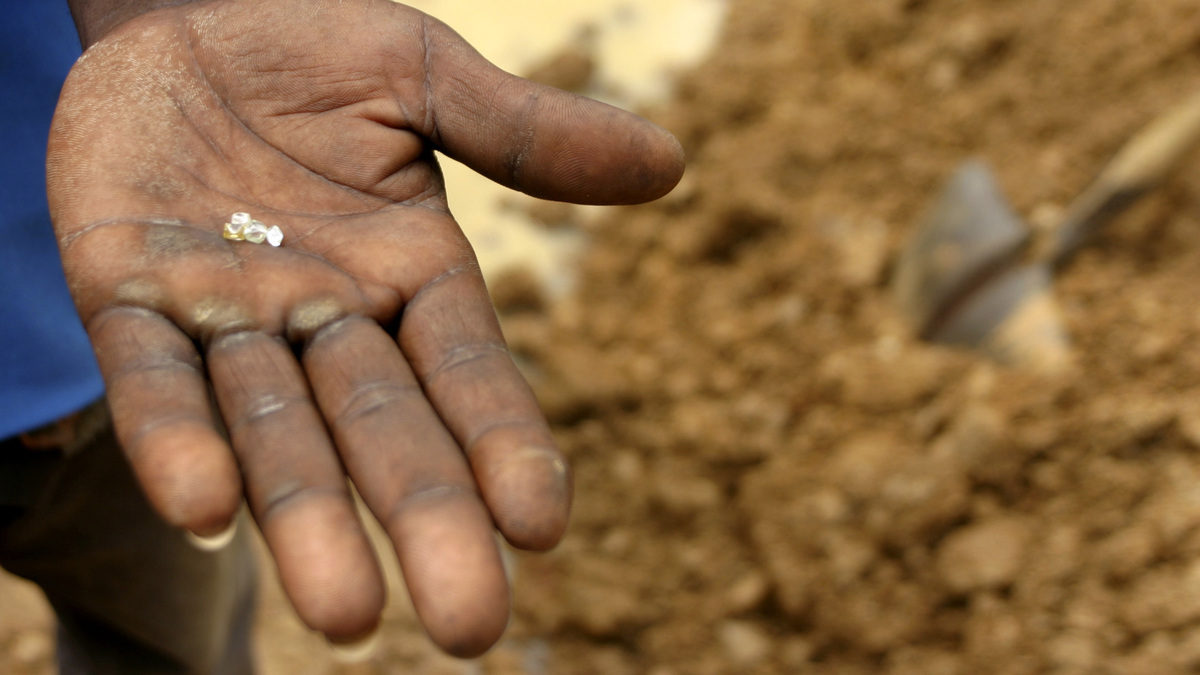 A villager holds diamonds dug out from a mine outside the village of Sam Ouandja in northeast Central African Republic in 2007.

As Mbarta rants about "Muslim exploitation," though, I get the sinking feeling I've had talking to other Christians here, who condemn the violence but inwardly cheer what they see as a liberation.

"Central Africans are feeling liberated, as from some burden," the priest says. Equating the Muslim minority with the former French colonial rulers, he says that "we [Central Africans] don't want to be slaves of blacks like us."

Of course, much of the Muslim minority population has been here for generations, and only some Muslims are involved in the diamond and gold trade. But this budding xenophobic nationalism has given license to an unimaginable level of brutality.

Neither Christian Nor Muslim Is Safe In Central African Republic

A 19-year-old Muslim named Ismaela Hibrahim survived a massacre at Yaloke, a major gold trading area once home to some 10,000 Muslims. He was when I met him hiding at the local mosque in Bouar. He explained that the Christian militias called anti-Balaka first silently surrounded the town. Then they gave a war cry and moved in.

"[They] killed everybody. Man, wife, baby. They killed one wife, she was pregnant," Hibrahim says, He mimes cutting into his stomach with a knife. "Like a surgeon they took out the baby and kill the baby also."

A small armed resistance by Muslims in Yaloke was overpowered. Then after the militias came through, their wives swept up behind to loot all the houses.

Of course, we have seen this story before, where economic resentment becomes one of the rationales for ethnic cleansing. It came up in Rwanda in 1994, as well as in the Russian pogroms of 1884.

But over the past months, as Muslims have desperately tried to flee the Central African Republic, their convoys attacked along the route, hundreds of thousands of Christians are still displaced, terrified of militia groups on both sides.

Mbarta says in a country divided by tribe, the violence could splinter and intensify.

And then, the priest says, the already dire catastrophe could degenerate further into civil war.